The Sunstone is a main quest in Skellige in The Witcher 3.

Your task is to find out where the sunstone is and retrieve it to use against the Wild Hunt.

Here’s a walkthrough of The Sunstone in Witcher 3.

Suggested level: 28 and above. 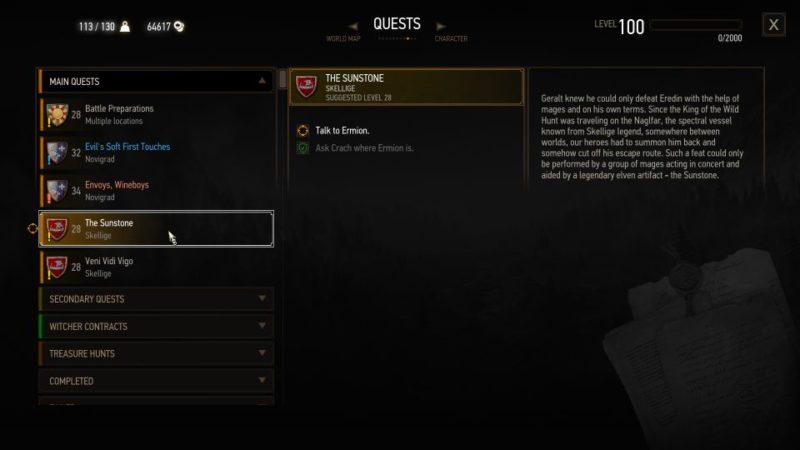 Note: This part of the quest only happens if you chose to make Cerys or Hjalmar king. It plays out differently if Svanrige was the king.

You’ll need to find Ermion. Talk to Crach who’s nearby to find out Ermion’s location. 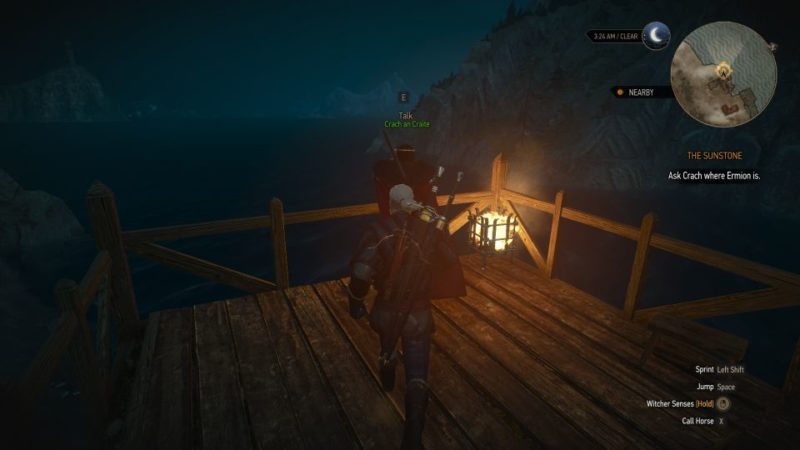 Ermion is high up in the mountain, trying to talk to Lugos. 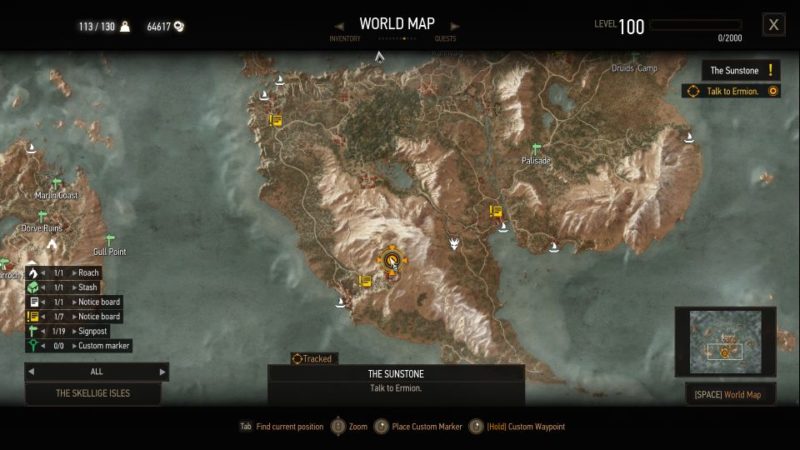 The best way to go up is to follow the route marked on the map. 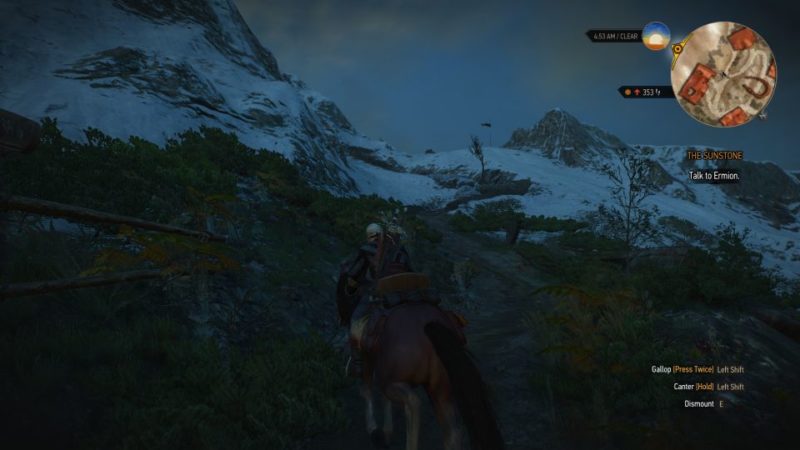 You will see Ermion talking to Lugos. 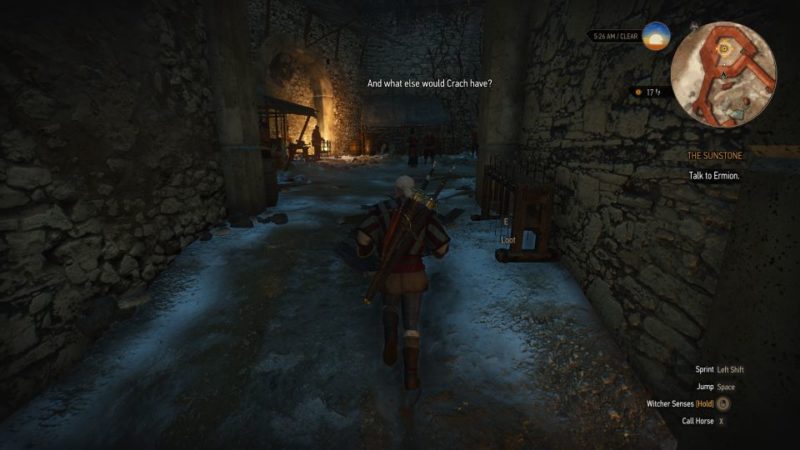 No matter what you choose, you’ll probably end up fighting. 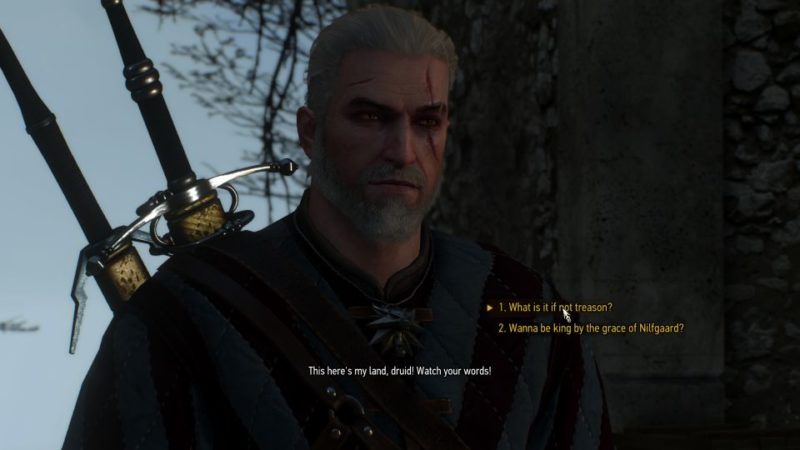 Defeat Lugos and his men

Together with Ermion, take out Lugos and his men. There’ll be quite a number of them in the fort. 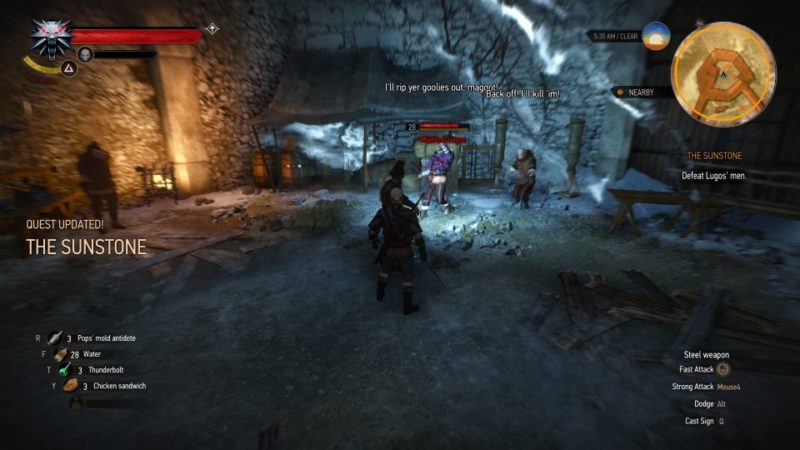 Once they’re dead, make your way down the mountain and out of Lugos’ territory.

There’ll be more of his men on the way down. 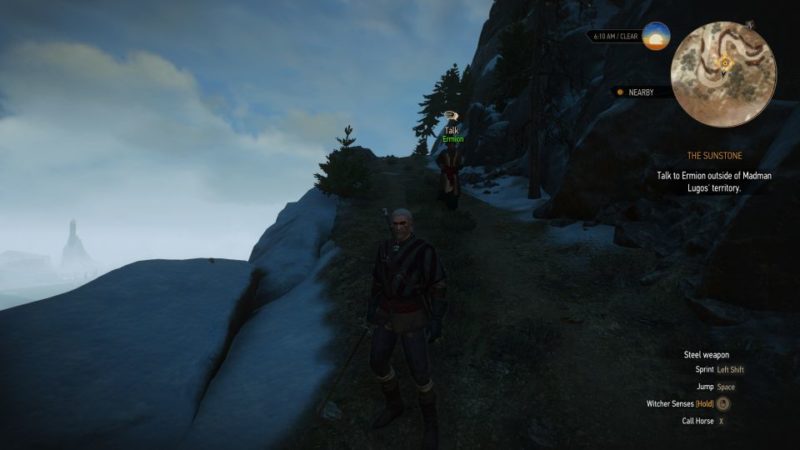 Talk to Ermion once you’re out of the territory.

Your next clue is Eyvind. He is located closer to you compared to the other guy.

If you manage to convince Eyvind, you don’t need to visit the other guy anymore. 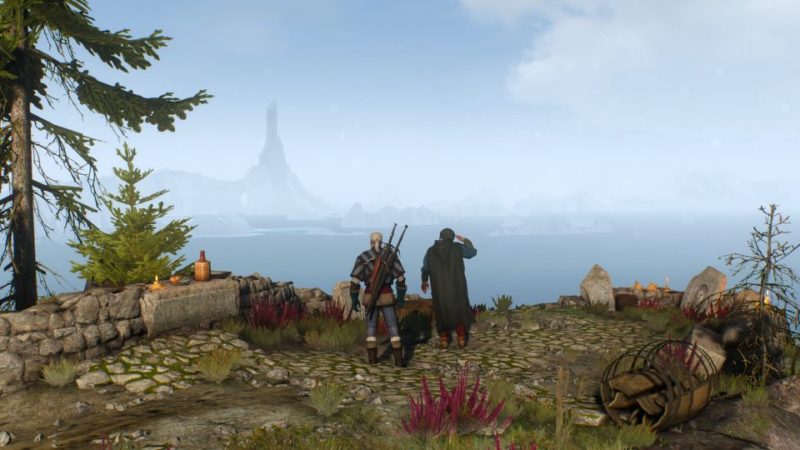 During the conversation, we chose to warn him about the white whale but the whale disappears. 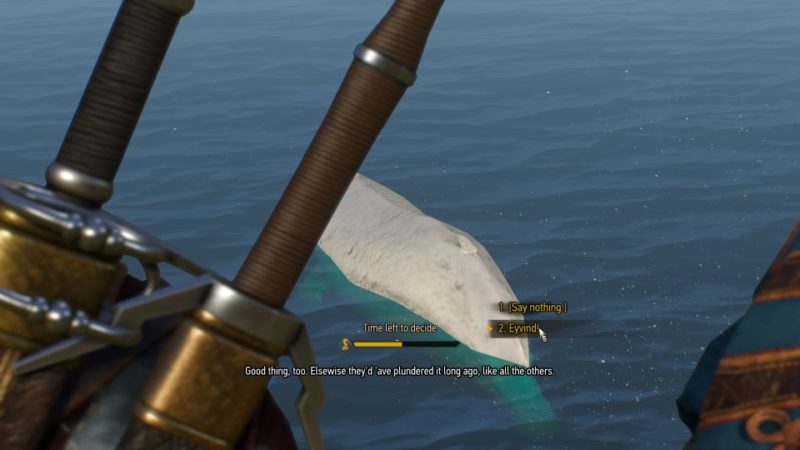 Next, you need to choose “gathering material for an adventure novel“.

If you had chosen the other, he won’t believe you and refuses to cooperate, meaning you’ll need to visit the other guy. 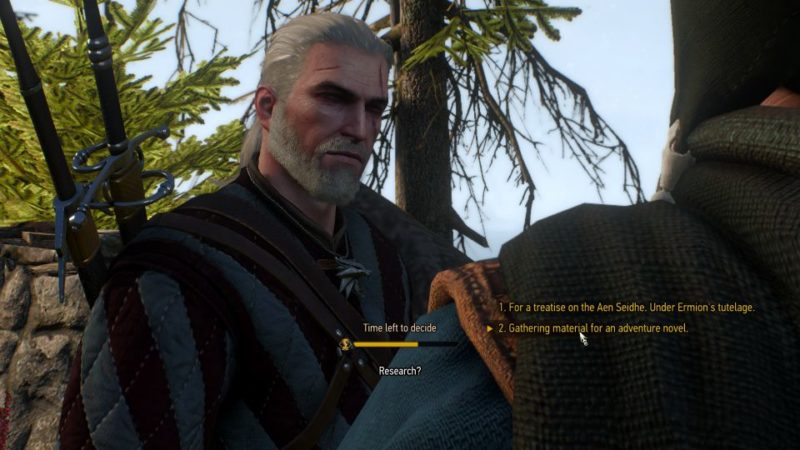 After learning where the elven ruin is, go back to Yennefer at Kaer Trolde harbor. 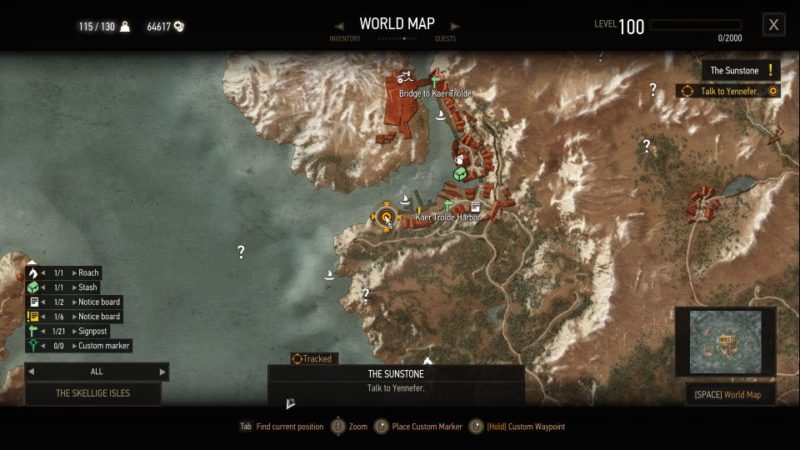 Talk to her to proceed. 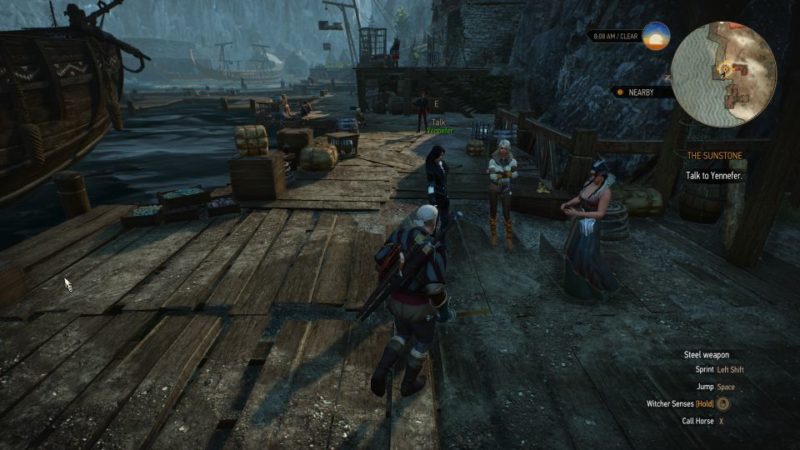 The ladies will talk about Avallac’h, and if you agree with Ciri, it leads to another quest Child Of The Elder Blood.

Meet Philippa at the elven ruins

Once you’re done with that, meet with Philippa at the ruins. 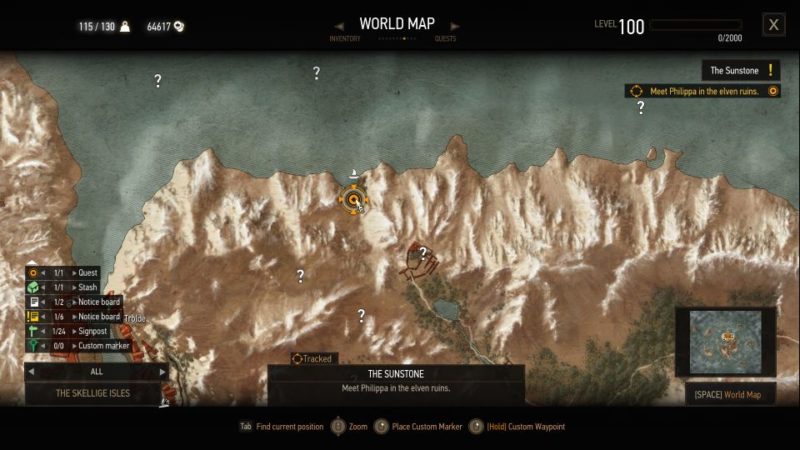 Grab a boat there. You should see the entrance. 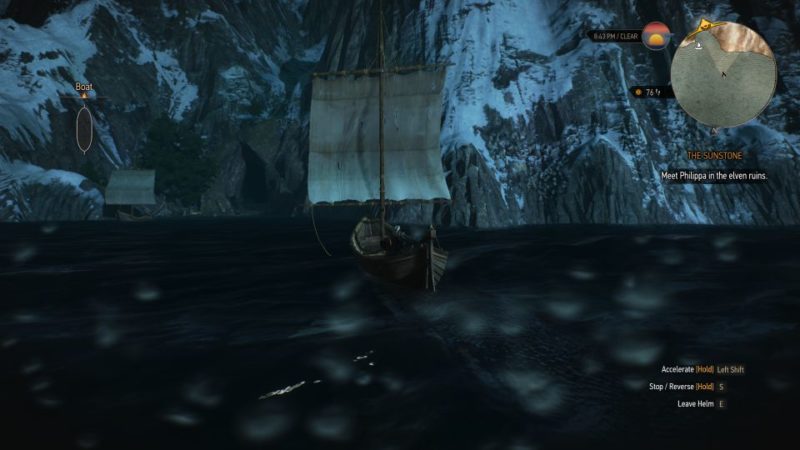 Once you’re inside, she will open the door. 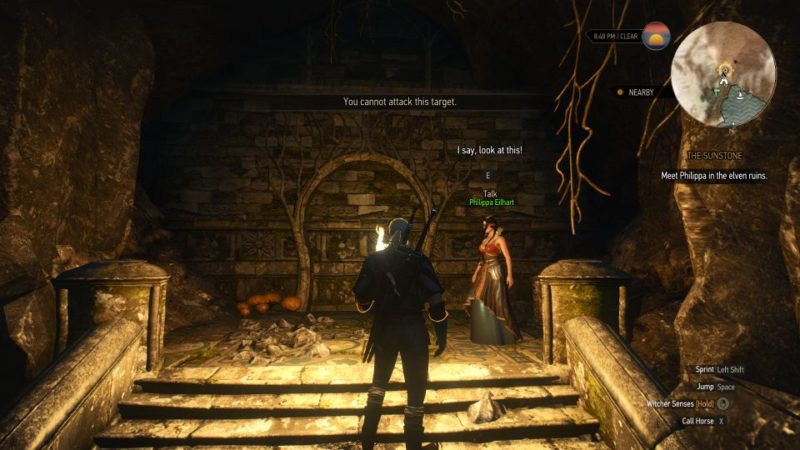 You’ll then face some monsters as you enter, including drowners. Kill them all. 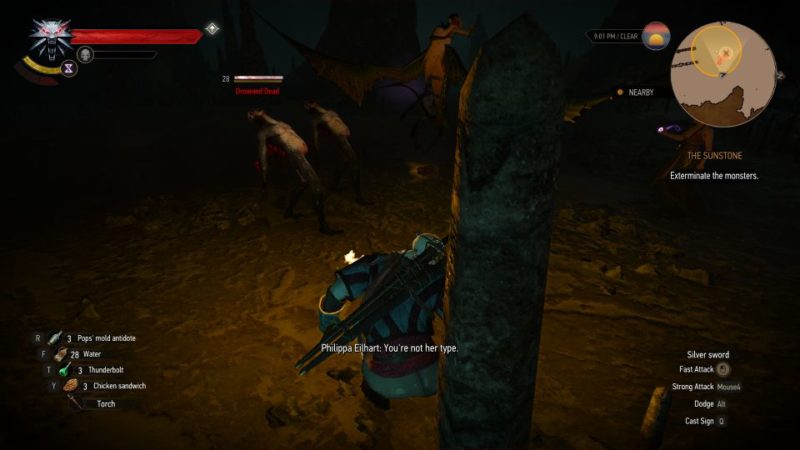 In the next area, you have to take out a golem as well. 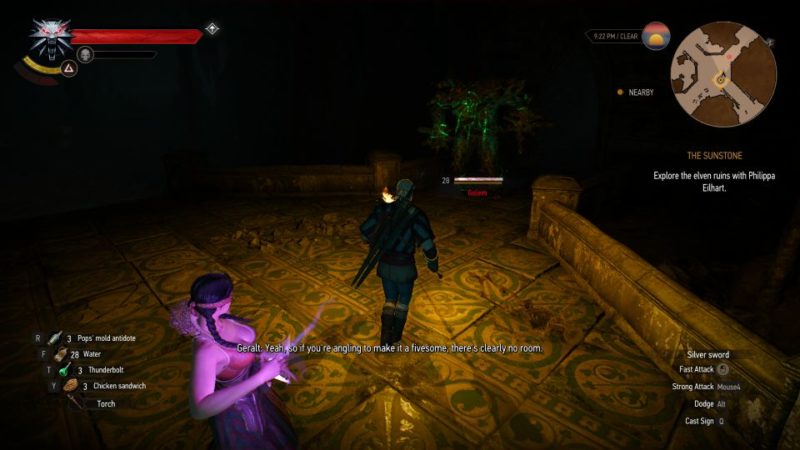 After the golem, continue following Philippa until you reach the room with the sunstone.

Set up the mirror system

You’ll need to adjust three of the mirrors to reflect the light properly.

Just climb up and adjust them once each. 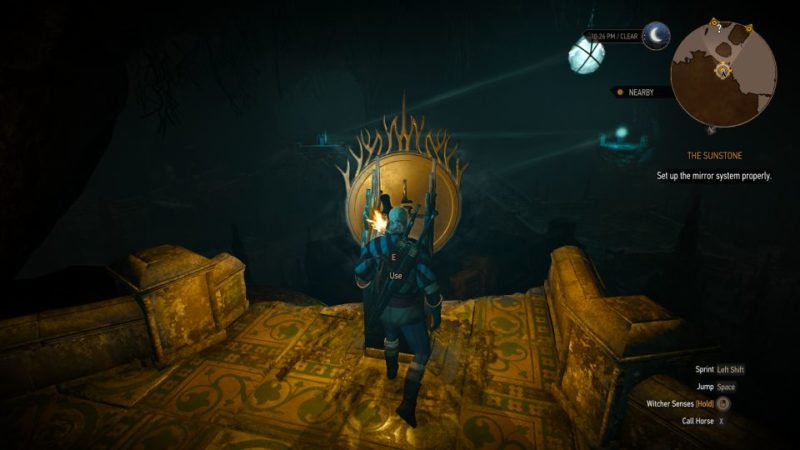 Watch out for some ghosts near the mirrors. 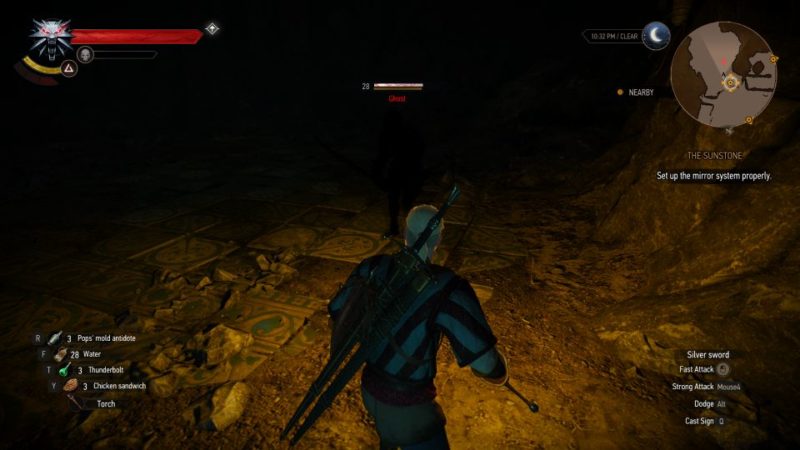 After aligning the mirrors, the sunstone is revealed. Go towards Philippa and the sunstone. 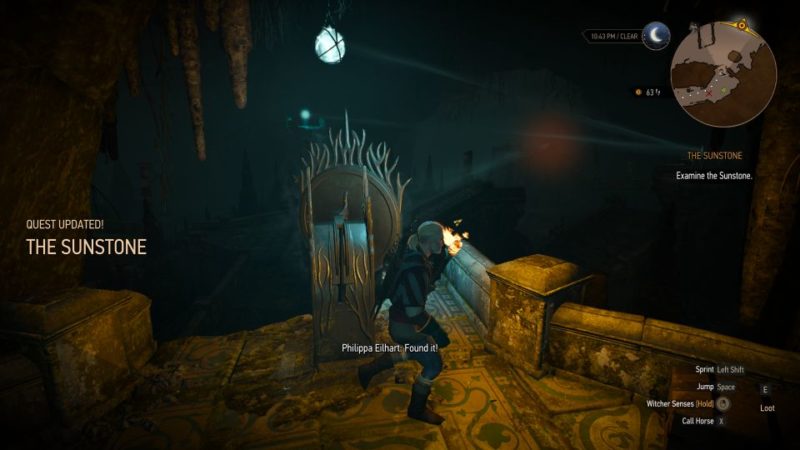 The quest ends after talking to Philippa about Ciri and other stuff.

To leave the area, you can use the door near the sunstone.

Keep going upwards. There’ll be more monsters on the way up.

There is also a room with some treasure chests near the exit. 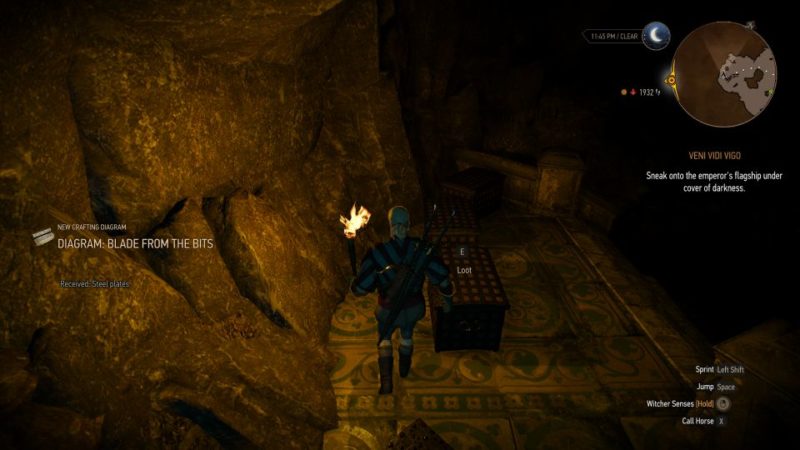 You will find yourself exiting at the Monster Den. 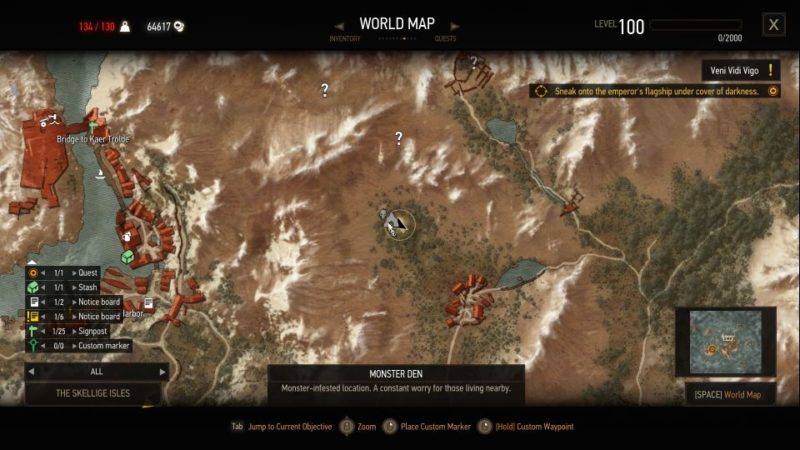