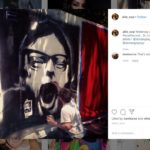 The Howl! Festival (or Howl Festival) is an event that was popular back in the days in Manhattan (US). It was founded all the way back in 2003 (over 17 years ago) and it continued up until 2013. This festival was celebrated every spring during that time frame and it's supposed to be a celebration of the arts history of East Village and Lower East Side. Unfortunately, … END_OF_DOCUMENT_TOKEN_TO_BE_REPLACED 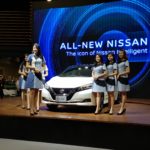 The Kuala Lumpur International Motor Show 2018 (also known as KLIMS 18') is currently being held at the Malaysia International Trade and Exhibition Centre (MITEC). It started two days ago on the 23rd of November but will go on until the 2nd of December (total of 10 days). This motor show features plenty of cars from different brands, including familiar names like Toyota, … END_OF_DOCUMENT_TOKEN_TO_BE_REPLACED 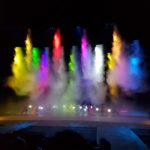 Encore Melaka is a relatively new theater in Malacca (Malaysia) and it's capable of hosting up to 2,000 people in one show. It is also the 10th Impression series and the only one outside of China. Impression is well known as it was established by famous directors Zhang Yimou, Fan Yue and Wang Chaoge. Many may have watched the one in Guilin (China). However, Encore Melaka … END_OF_DOCUMENT_TOKEN_TO_BE_REPLACED 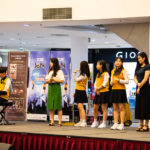 The School of Performing Arts Seoul (SOPA) recently had a mini concert or a performance at Dataran Pahlawan Malacca (Malaysia). It was a 1 hour 30 minutes long performance by some of their students. The performances included dancing, b-boying and singing. Most of them were KPOP songs but some were English songs including those Duffy (Mercy) and Whitney Houston. For those … END_OF_DOCUMENT_TOKEN_TO_BE_REPLACED 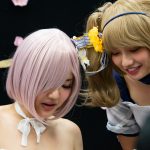 GACC (Games Anime Comic Circle) is now back in Multimedia University after almost a decade! They recently organized Haru Fest, which is sort of like a cosplay, games and anime event. If you haven't heard of GACC, it's because they were cancelled many years ago after receiving some complaints as it was held on the same day as the MMU Open Day. Some parents may have seen how … END_OF_DOCUMENT_TOKEN_TO_BE_REPLACED 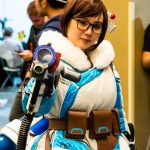 TAGCC 2018 was recently held at Mid Valley Megamall Kuala Lumpur a week or two ago and there were plenty of people! TAGCC stands for Toys, Anime, Games and Comic Con. Needless to say, it was really crowded even though they charged an entrance fee of RM 18 a day. There were 3 halls within the Convention Center. They had plenty of toy exhibitions, trading card competitions, … END_OF_DOCUMENT_TOKEN_TO_BE_REPLACED 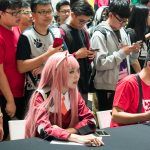 Hey guys, Dataran Pahlawan Melaka recently hosted an Anime Fest, probably the first ever in their venue! It was organized by the people behind Comic Fiesta and it had more cosplayers than I imagined. Surely not as many as Comic Fiesta, but the Dataran Pahlawan Anime Fest 2018 can be considered rather successful. There were three guest cosplayers, i.e. Hakken, Mon and Angie. … END_OF_DOCUMENT_TOKEN_TO_BE_REPLACED 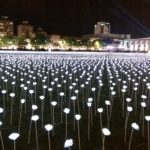 This post is a very brief and a very much backdated post or rather a throwback to my experience with Light Sensation (an event hosted by Escape Room) held in Dataran Pahlawan Megamall Melaka. What is this Light Sensation all about? Basically, it's an event that was held in Melaka from December to the start of January (previous year was in Serdang) which boasted thousands … END_OF_DOCUMENT_TOKEN_TO_BE_REPLACED