After the latest update of Warlords of New York in The Division 2, more masked hunters have appeared.

Some of the masked hunters appear in the Washington DC map, and there has already been a couple found by Redditors.

Here’s how you can spawn weirdo and drama mask hunters in Division 2. This one requires you to find keys and generators.

Credits to this Redditor.

If you’re not a fan of written walkthrough, do check out the video below. Otherwise, continue reading on.

The first key is located in Judiciary Square. The exact location is shown in the map below, marked by the player location. 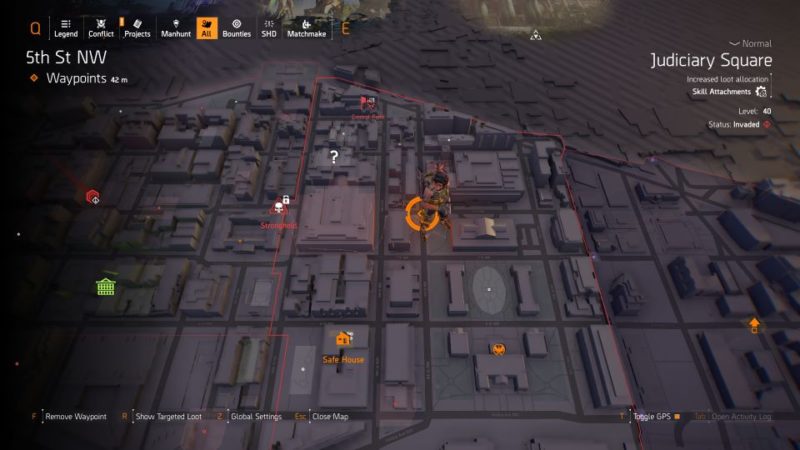 You will come across an area filled with Christmas presents.

The key is inside a small present that’s above the bigger present. Interact with it to open the present.

Pick up the generator key. 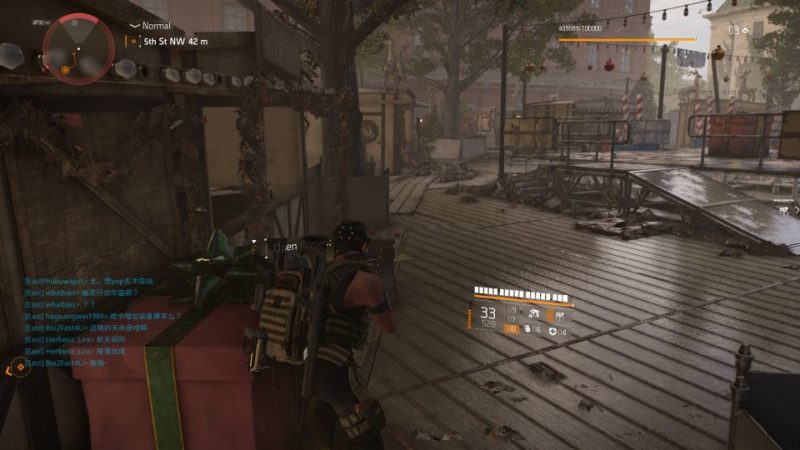 The second key is located south of the White House. Its exact location is shown in the map below, marked by the player location. 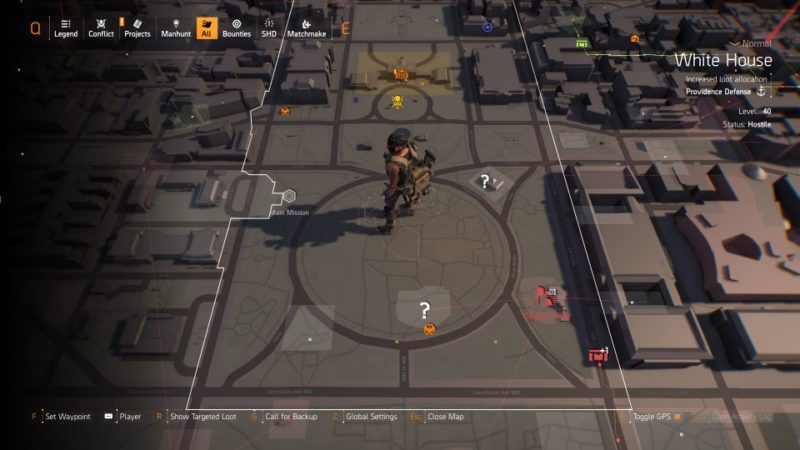 The area is filled with presents everywhere so it’s hard to find the key. It took us quite awhile.

Perhaps a more exact location would be helpful (image below). 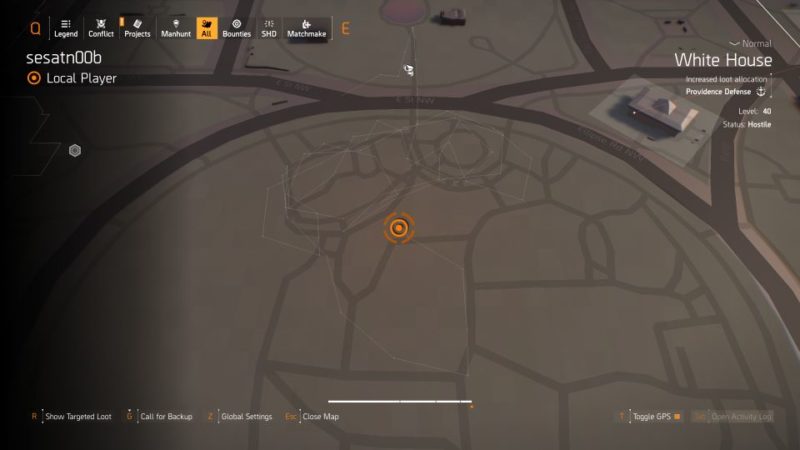 You should see the present above another bigger present.

Open it to get the key. 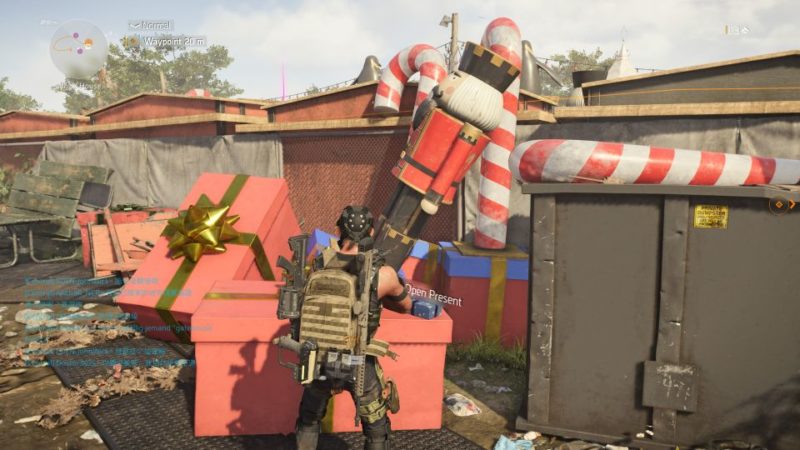 Head to the generators

The two generators are located close to each other. They are in Downtown East.

Its exact location is shown in the map below, marked by the player location. 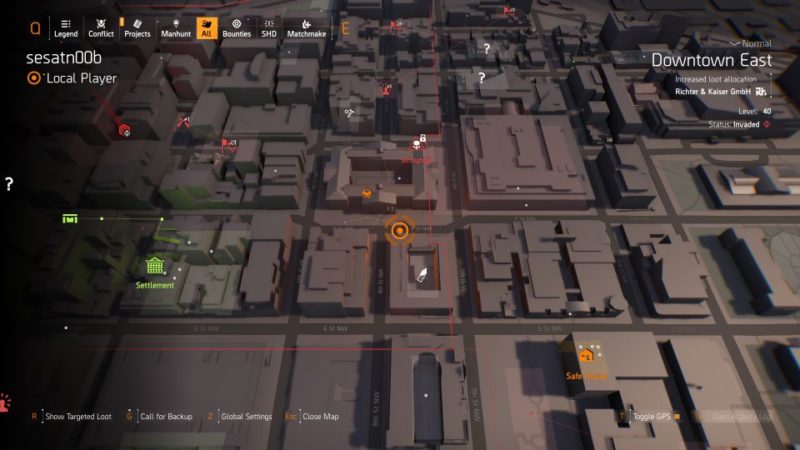 Once you reach the area, you will see more presents.

If you’re coming from the middle of the area, you will find one generator on each side.

There may be more than one generator for each side, but it’s the one closest to you (applies for both sides).

You should also see a yellow cable coming out from the generator.

We chose the generator on the left first. The switch is facing behind. Go towards the back and start the generator, but it only works at night. 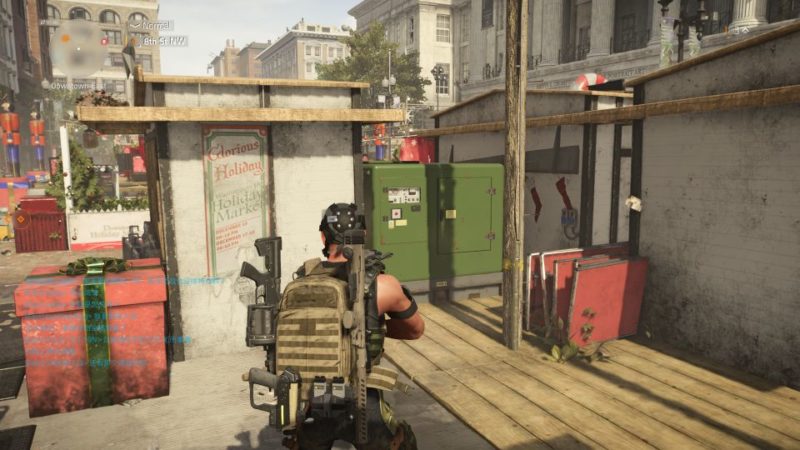 After staring the generator, follow the yellow cable from the generator. It will lead you to some big speakers at the top. 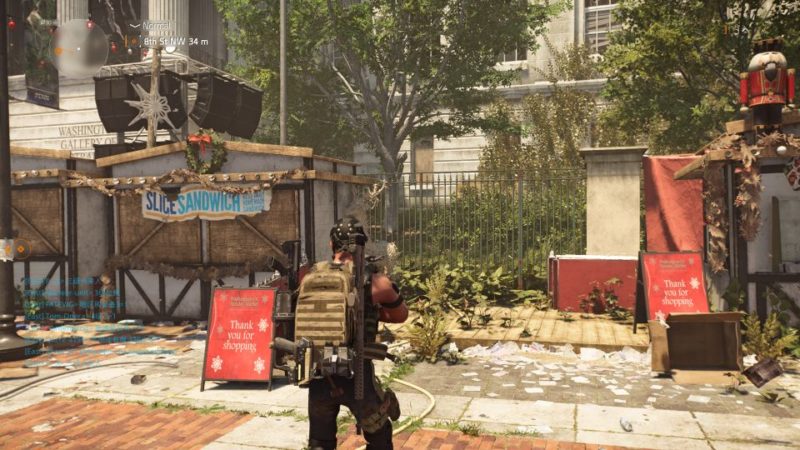 Follow the cable until you’re behind the speakers. You should see a grey lever here. Pull it. 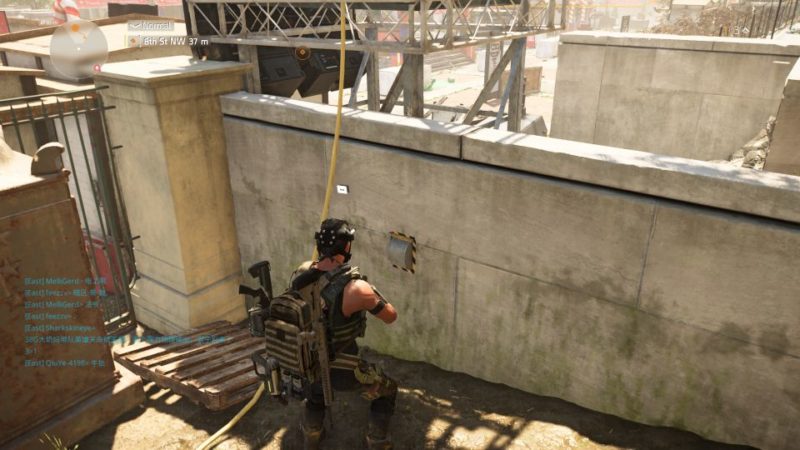 Once you’re done, go to the next generator. It’s on the other side. 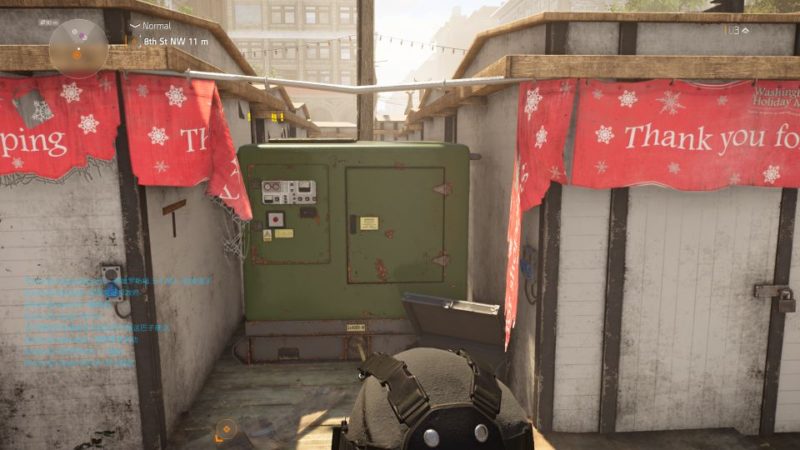 Similarly, follow the yellow cable all the way until you find the lever. Pull the lever. 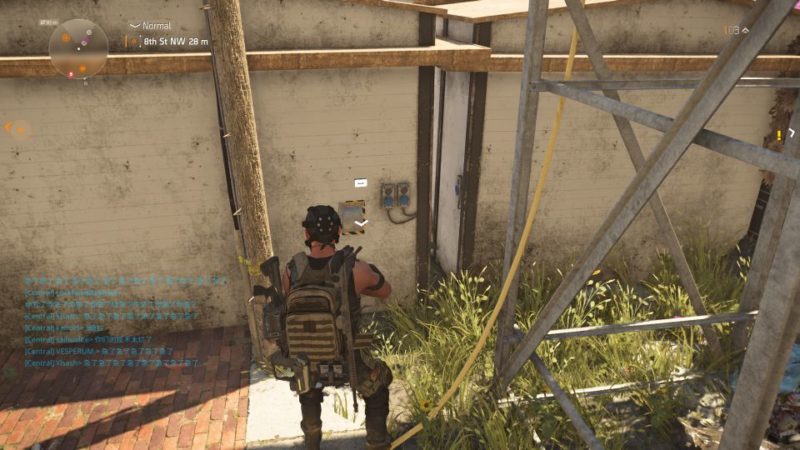 Press the button / spawn the hunters

To spawn the hunter, go to the platform in the middle (where you see the toy guards).

There’s a button here. Press it and the hunters will appear. 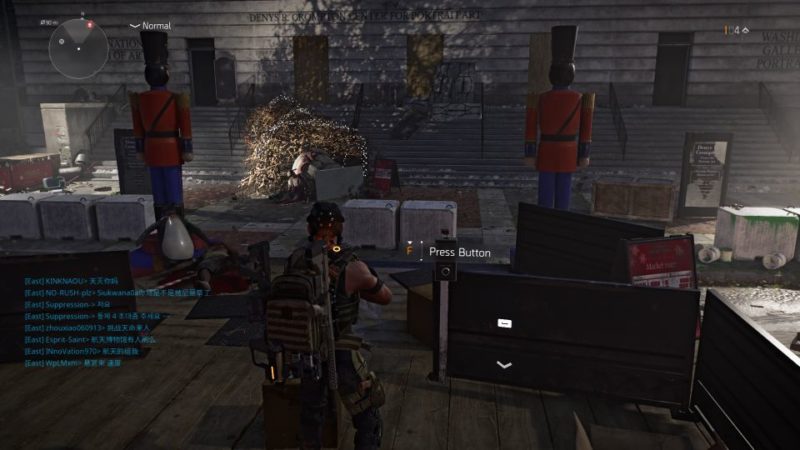 We never managed to kill the hunters, but there are apparently two hunters spawning here, and they will drop the drama mask and the weirdo mask.

There has been complaints though that one of the hunters will run off during the fight. 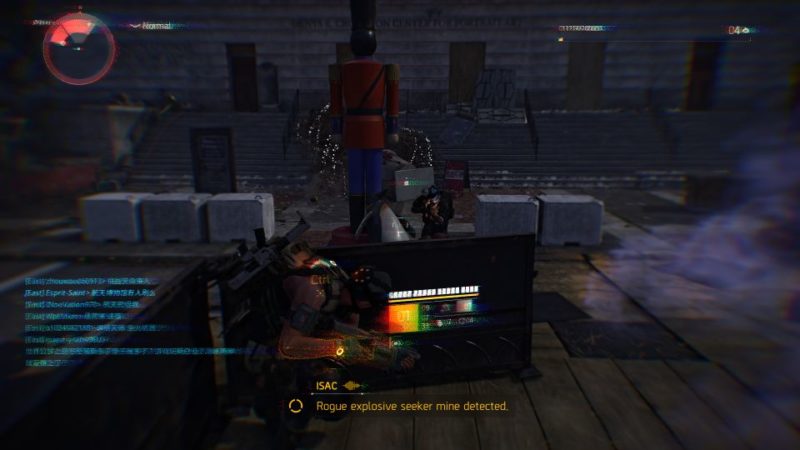 How To Spawn The Camo Mask Hunter (Construction Site) – Division 2