Revenge of the Cartels – Ultraviolet Nights is a new quest in Borderlands 3 and it’s a free update.

Your task is to help Maurice take care of the cartel who is after him because he ate some of them.

Here’s a walkthrough of Ultraviolet Nights in Borderlands 3.

To begin the quest, you need to speak to Maurice on the Sanctuary. You also need to update the game before starting. 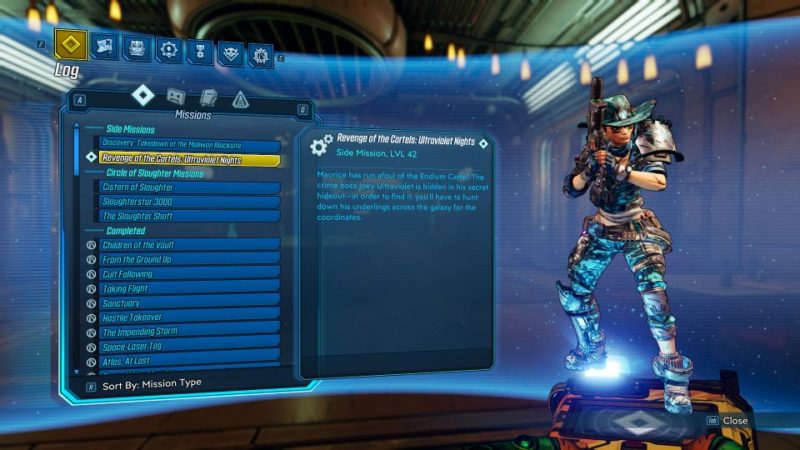 Maurice is at his usual place on the ship. 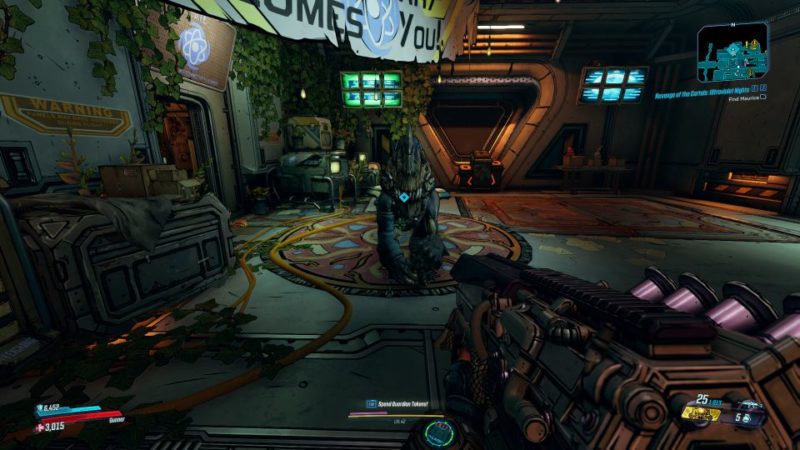 This part’s optional but it doesn’t hurt to go there.

Go to Ascension Bluff to get intel on the cartel’s hideout. 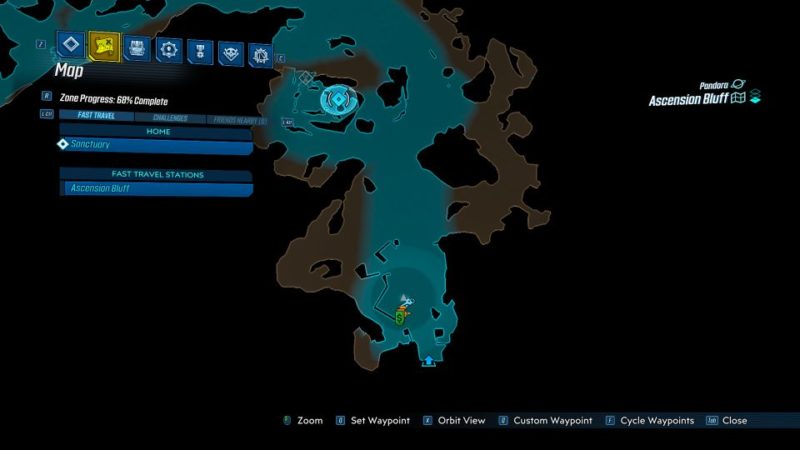 Once you’re there, you will come across the usual bandits. Kill them all and they will drop the intel / hideout coordinates. 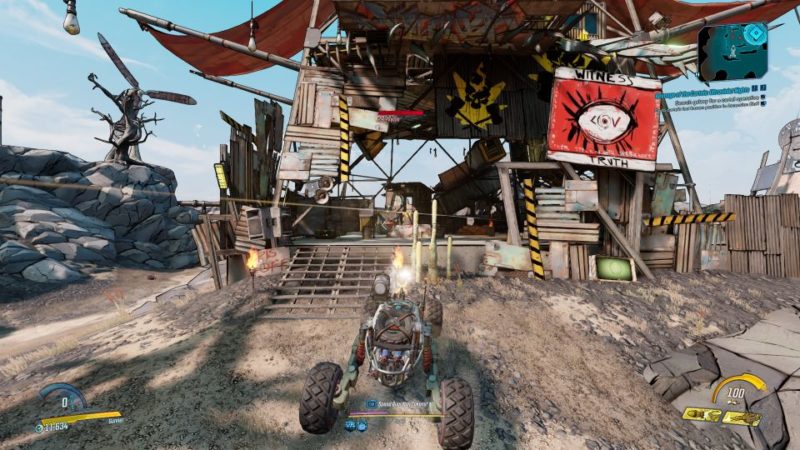 The intel is quite obvious when dropped. Just go over it to pick them up. 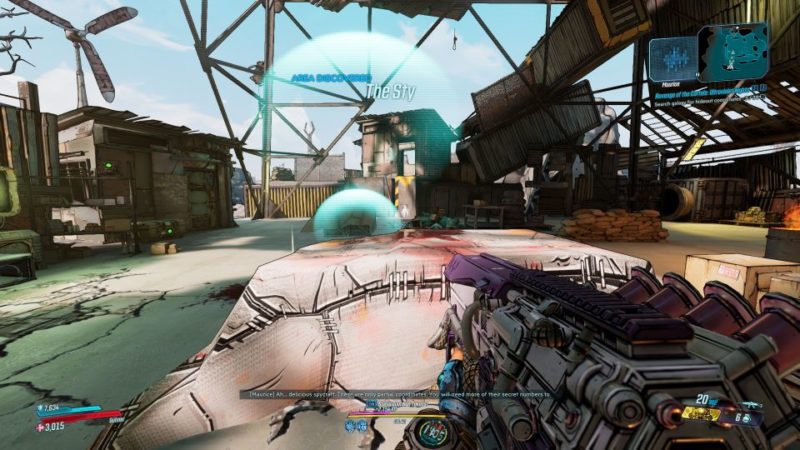 How to find the remaining hideout coordinates

The hideout at Ascension Buff should have given you seven intel / hideout coordinates.

To find the remaining hideout coordinates, you just have to attack a COV base. The easiest one is in Ascension Bluff where there are plenty of COVs to kill. 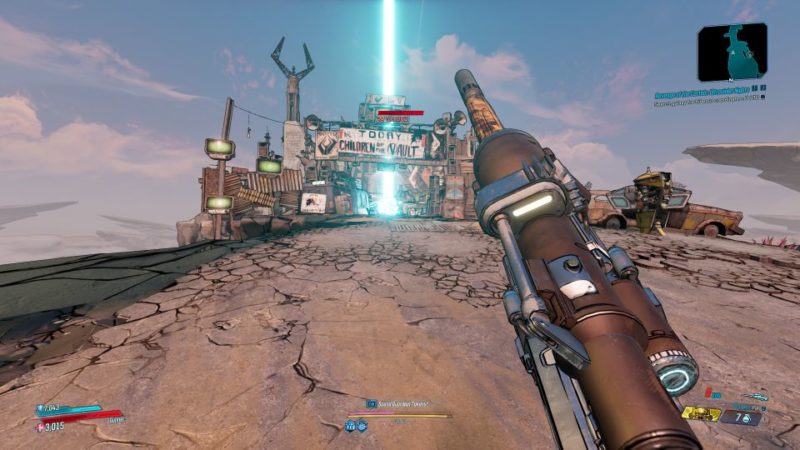 Those COVs who seem to be wearing something bright and colorful will drop the coordinates when they die.

You should get all 30 hideout coordinates in this place alone. 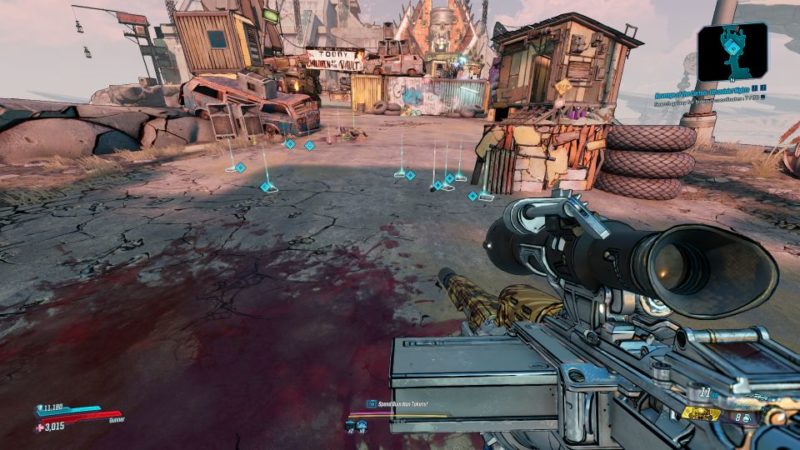 Go back to Maurice to hand the coordinates over to him. 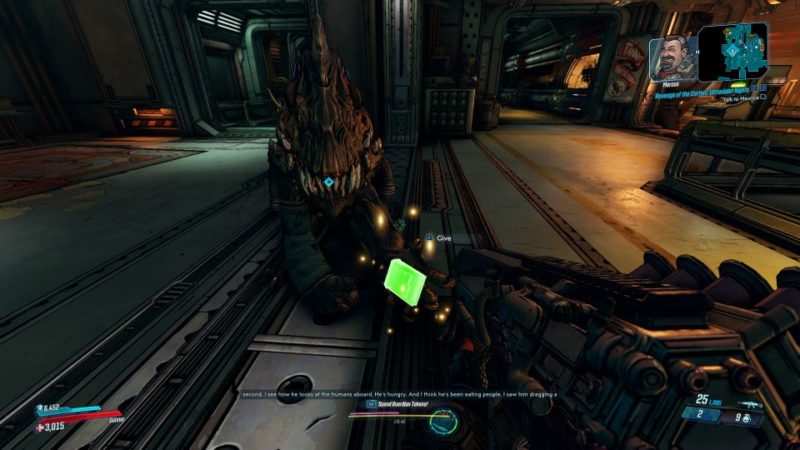 The portal to Villa Ultraviolet will be opened. Enter to begin. 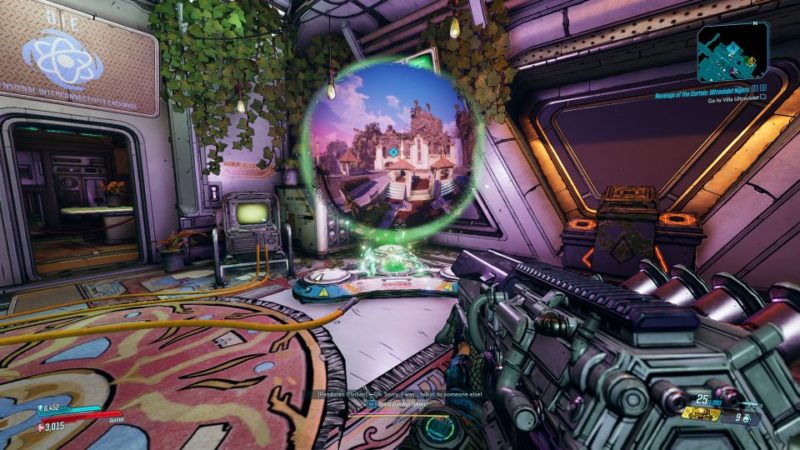 Head towards the mansion

The main aim is to reach the mansion at the end of the map to find the cartel boss.

You’ll need to go through the front gate first. 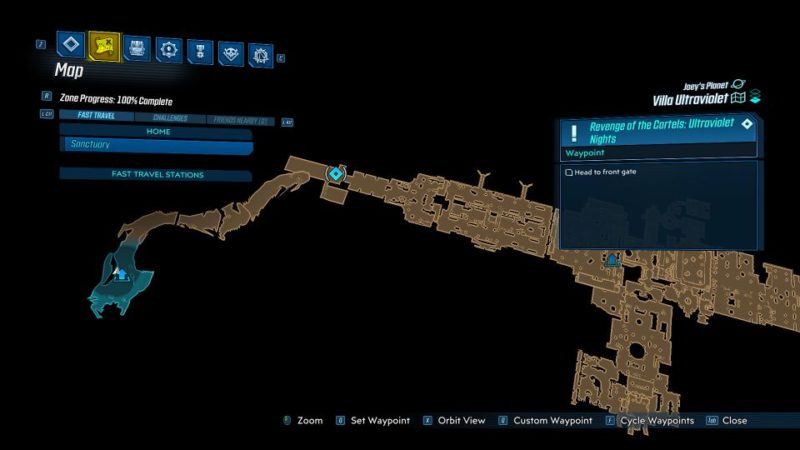 Just slide down all the way to the gate. 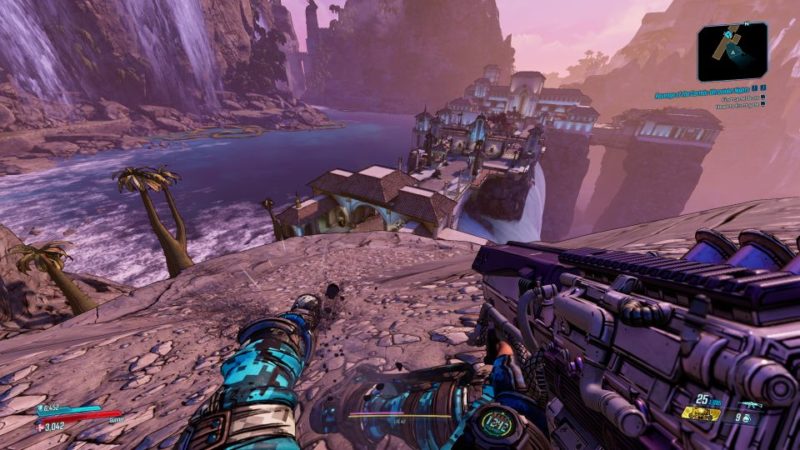 Clear all of the enemies in the area. 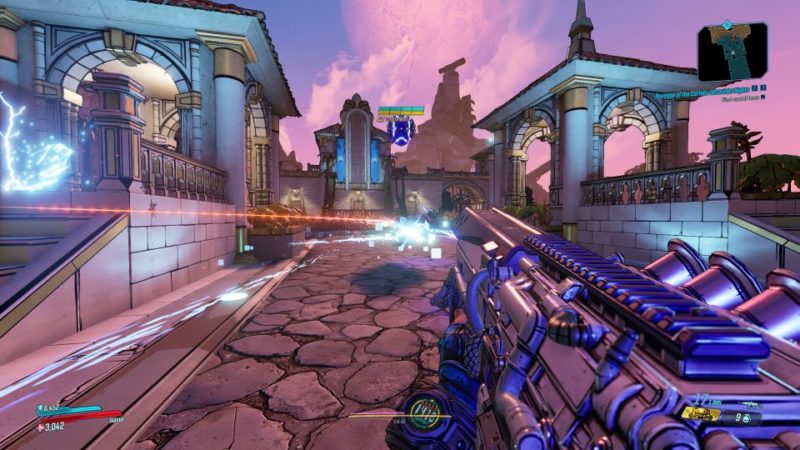 Continue going to the 2nd and 3rd gate while clearing the enemies. 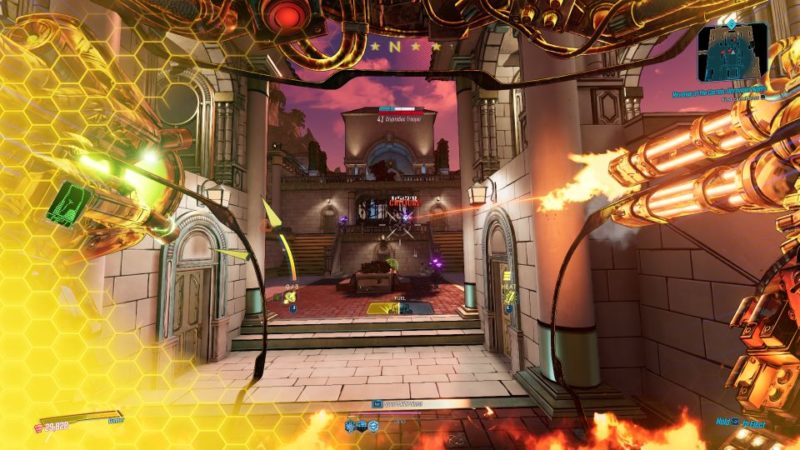 You will finally reach the mansion front. Take out the enemies in the compound first. 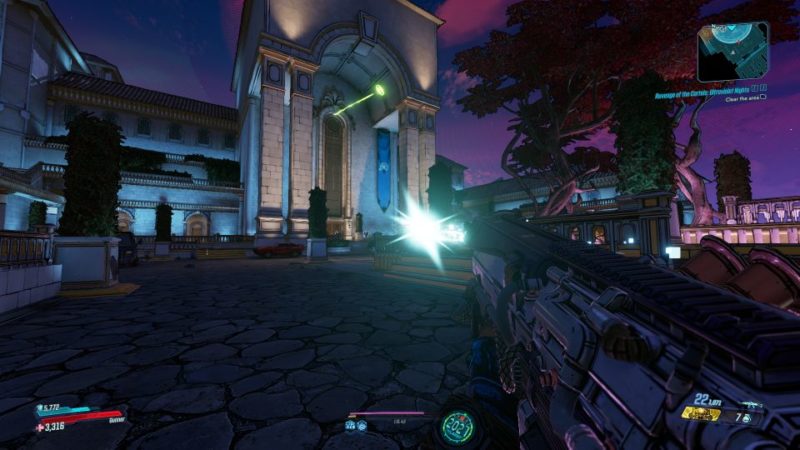 There’s a mini boss in this area and you can get a legendary drop from him. 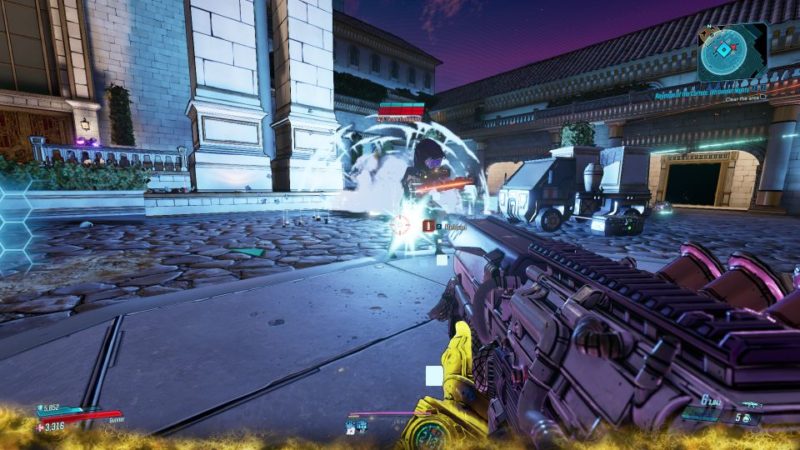 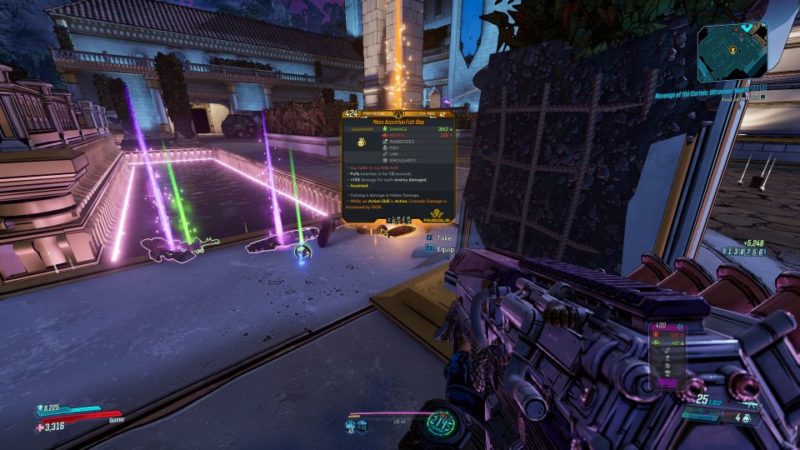 Where is the fountain piece?

Once you’re inside the mansion, you will realize that the fountain is not complete. You need a fountain piece to activate it. 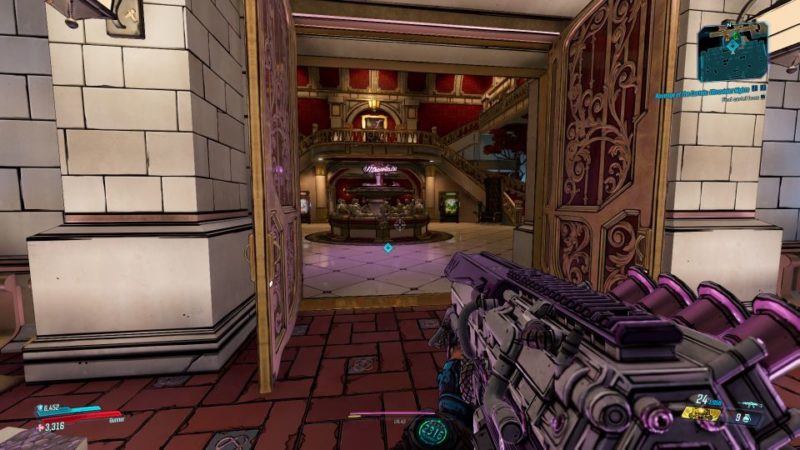 The exact location of the fountain piece is shown in the map below, marked by the player location.

You have to take the stairs up from the entrance and work your way there. 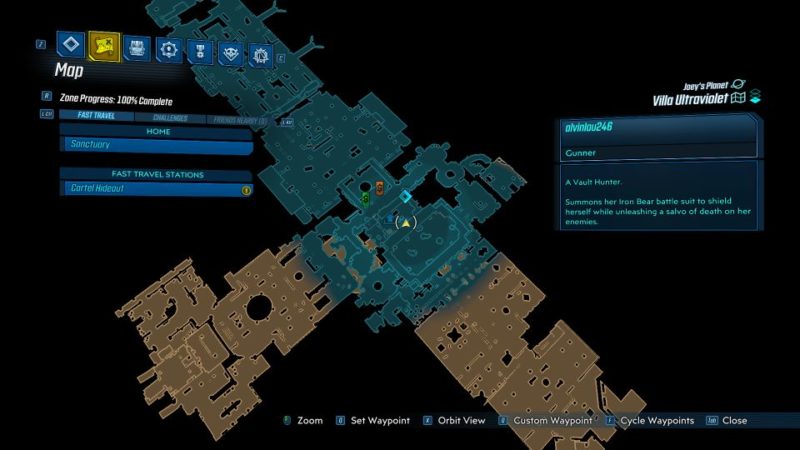 You will reach a big room / hall and there’ll be plenty of enemies to kill here before you can access the fountain piece. 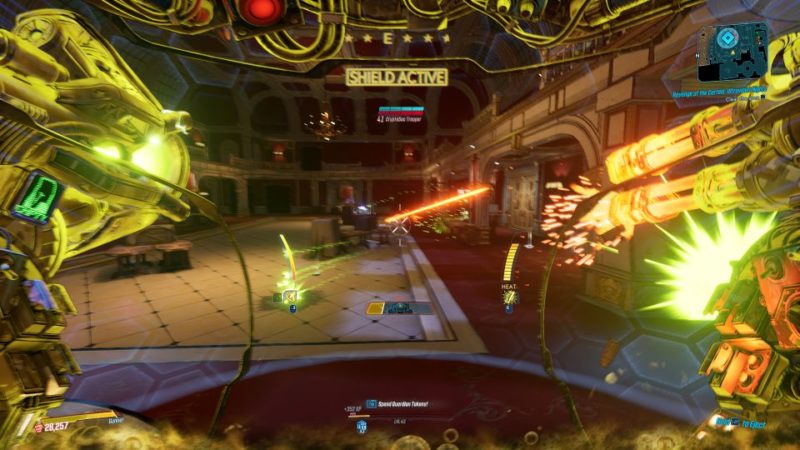 So you’ll need to use another element to kill him. 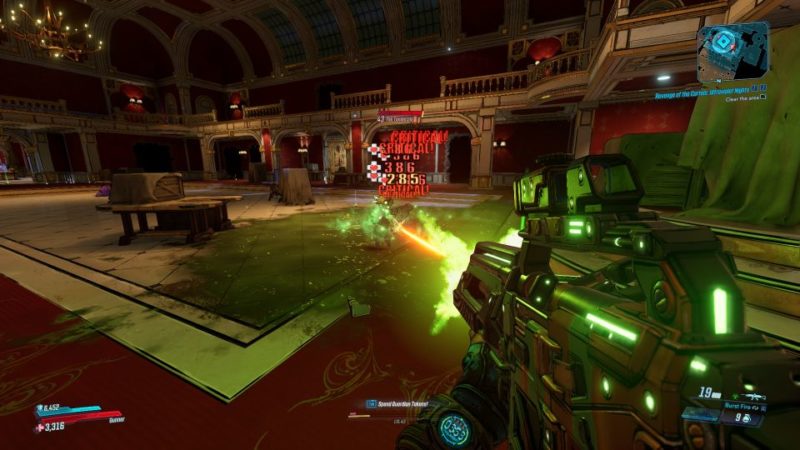 Once he’s dead, enter the room in the middle with plenty of eridium and chests to loot.

The fountain piece is inside a chest in the room as well. Open the chest and you’ll find a Golden Mask. 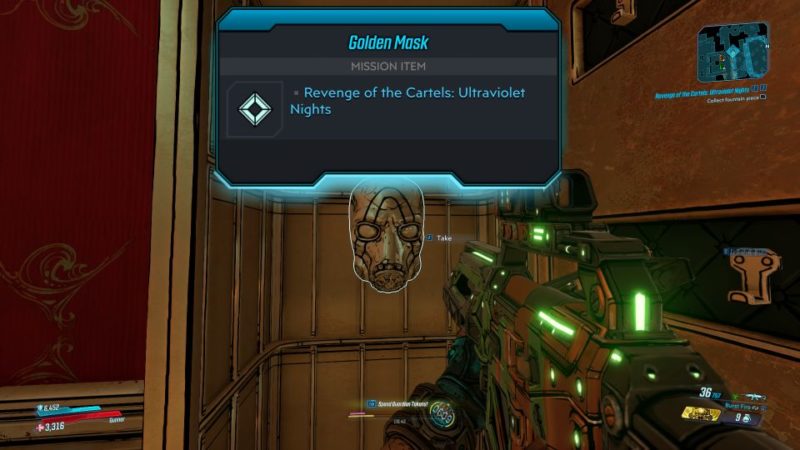 Inside the same room where the Golden Mask is, there’s also a puzzle to be solved.

It can be confusing, but here’s how you can solve the puzzle in the library.

Return to the fountain

Once you have the Golden Mask, place it on the fountain. 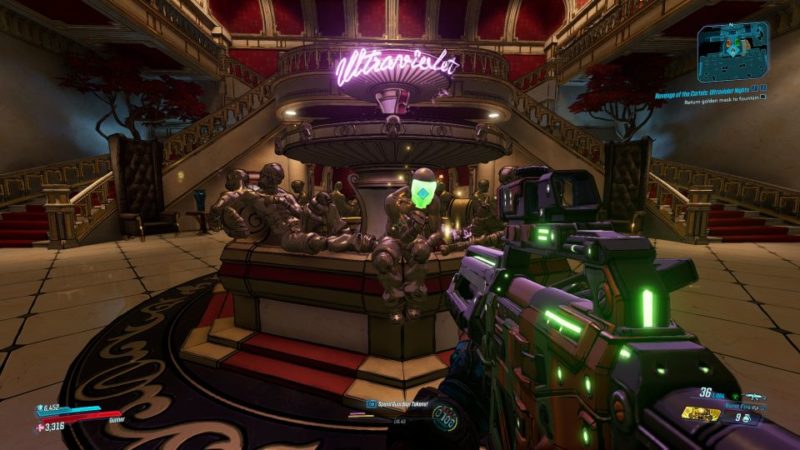 The fountain will be activated and opens a door to the cartel boss.

Before you go down there, you should explore the entire mansion to get more items.

The backyard area also has a mini boss that can drop a legendary weapon. There’s also a hidden basement in the mansion. 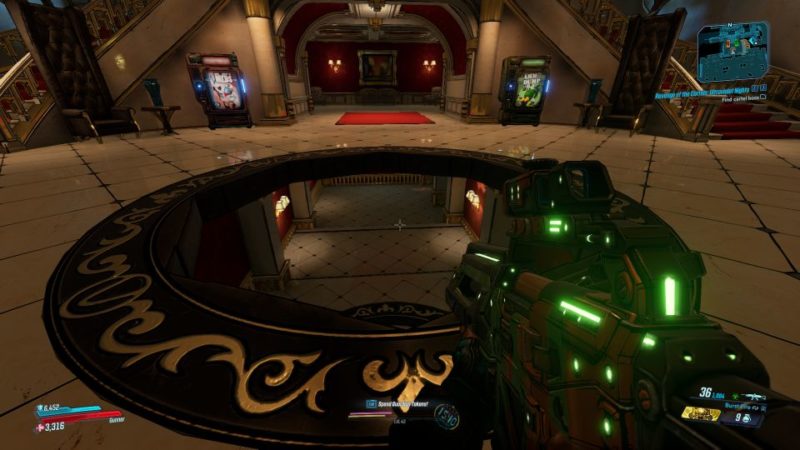 The final boss here is Joey Ultraviolet and you’ll meet him immediately after jumping into the hole. 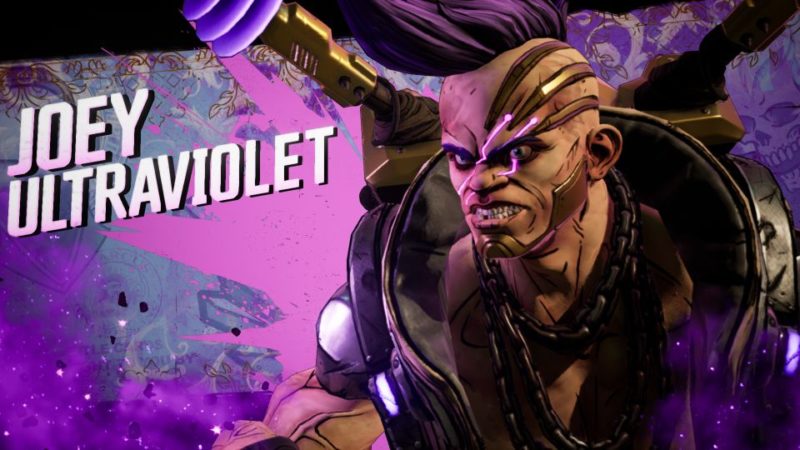 At the beginning of the fight, Joey is hiding behind an energy barrier and you can’t attack him yet.

You need to clear the area from his underlings. 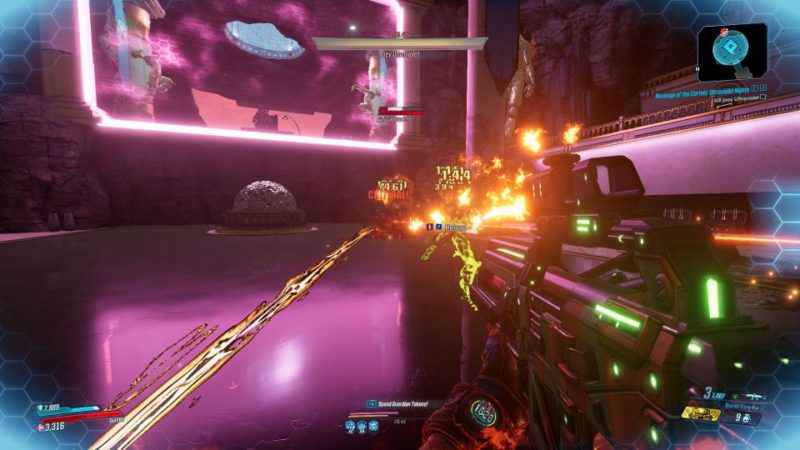 Once Joey Ultraviolet finally comes down, he will be immune from attacks at first. 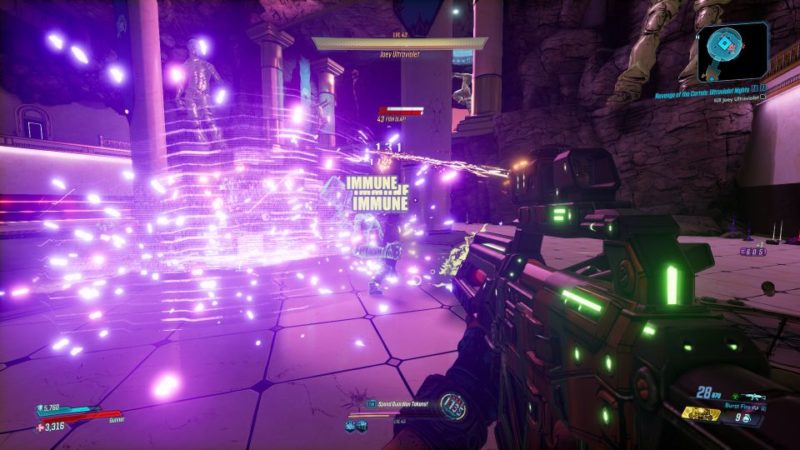 You’ll notice at least two of his guards protecting him. You’ll need to eliminate the guards first. 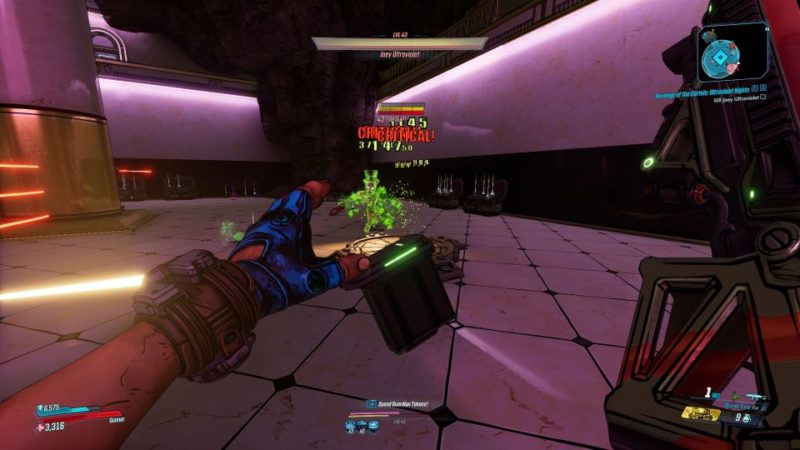 Once his shield is down, you can start to kill Joey Ultraviolet. 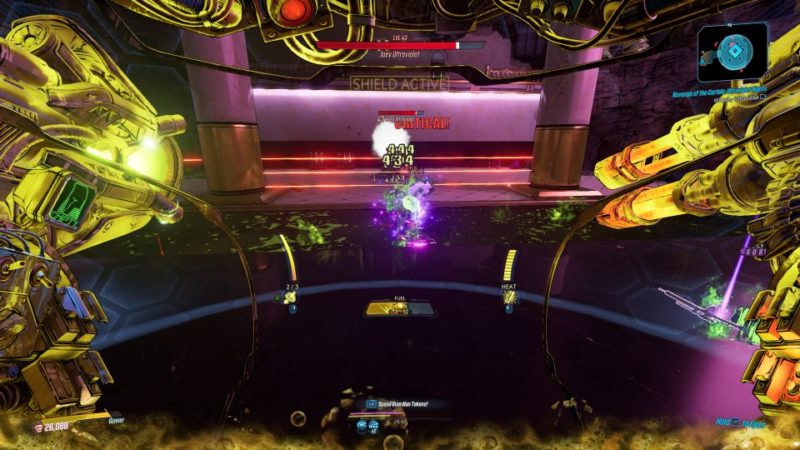 Once you’re done with the boss, follow the path to more loot before returning to Maurice.

Talk to Maurice and the quest ends here. You’ll earn some cash and a weapon. 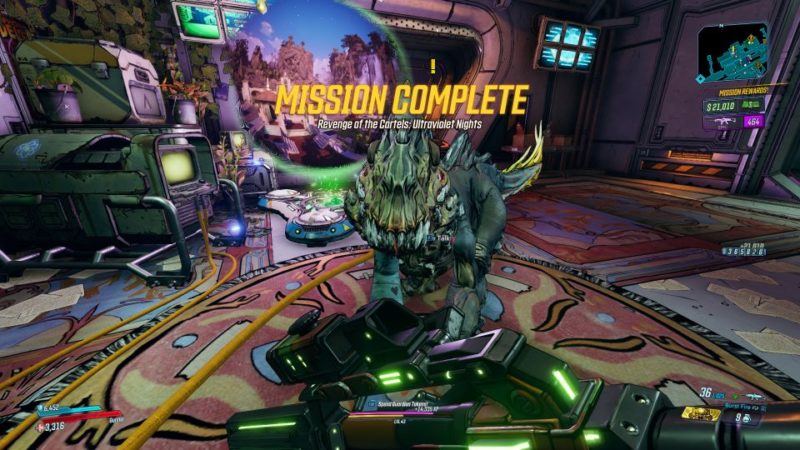 Revenge Of The Cartels II: The Revengening Walkthrough – Borderlands 3