Pyres of Novigrad is a main quest in The Witcher 3 and is suggested for level 10 and above.

Your task is to look for Triss in her house in Novigrad, among other things.

Here’s a walkthrough of Pyres of Novigrad in Witcher 3. 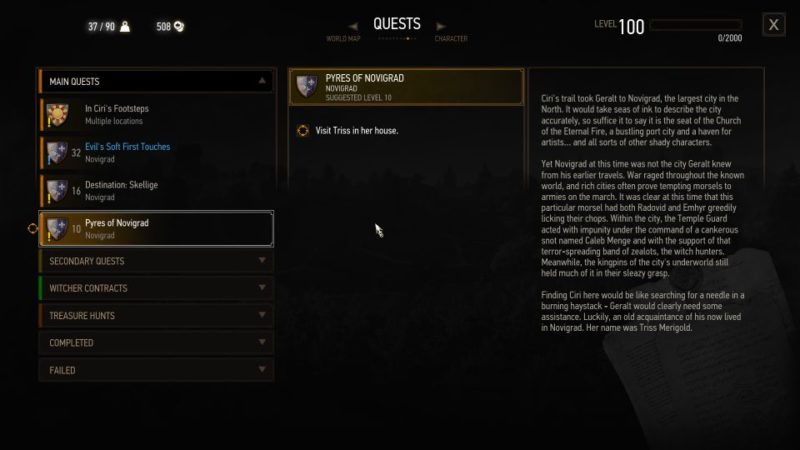 Head to Novigrad which is the next region in the world map. As you can’t fast travel there the first time, just grab Roach and head towards the city. 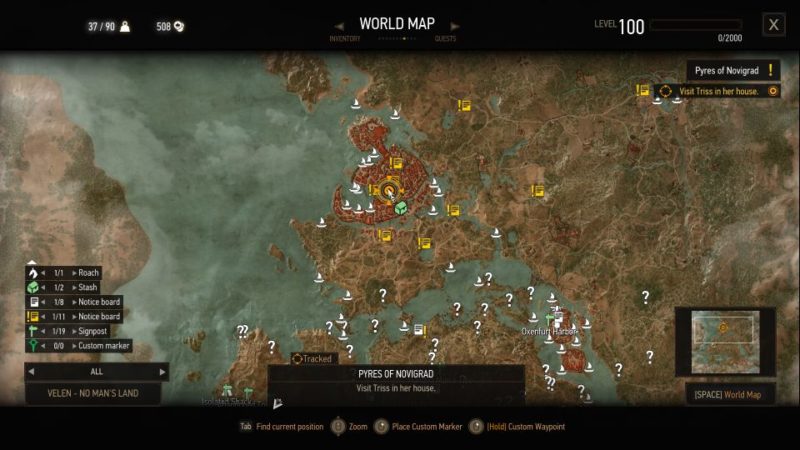 Before you can get to Novigrad, you’ll need a pass.

You can get a pass by completing the quest Fake Papers.

Once you have the pass, just hand it over and you can get through although it’s forged. 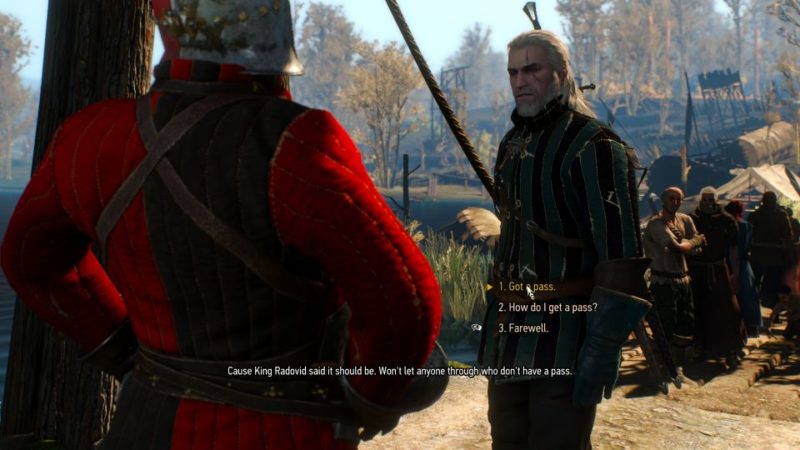 After the bridge, continue riding towards Novigrad city. 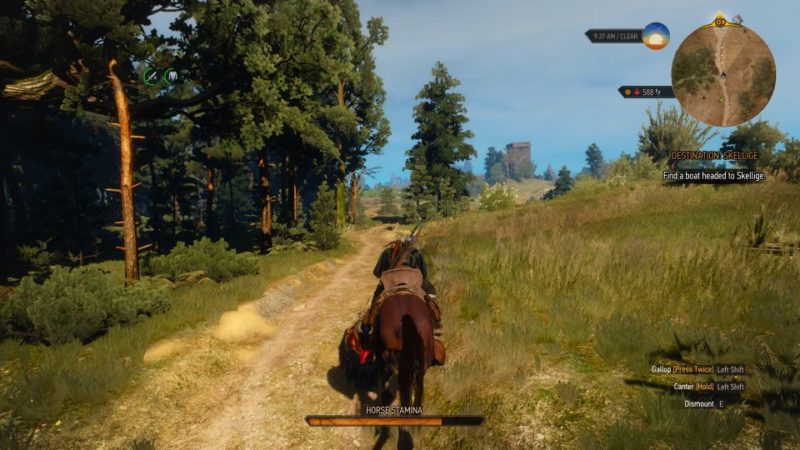 Head towards her house which is near the marketplace. There’ll be a cutscene first.

After the cutscene, go through the gate and another cutscene will load. 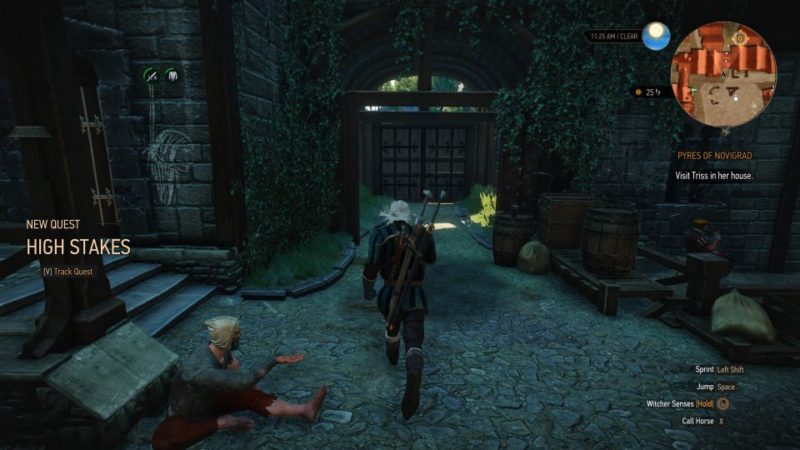 You’ll meet some thieves and also a sergeant who’s keeping an eye on you. 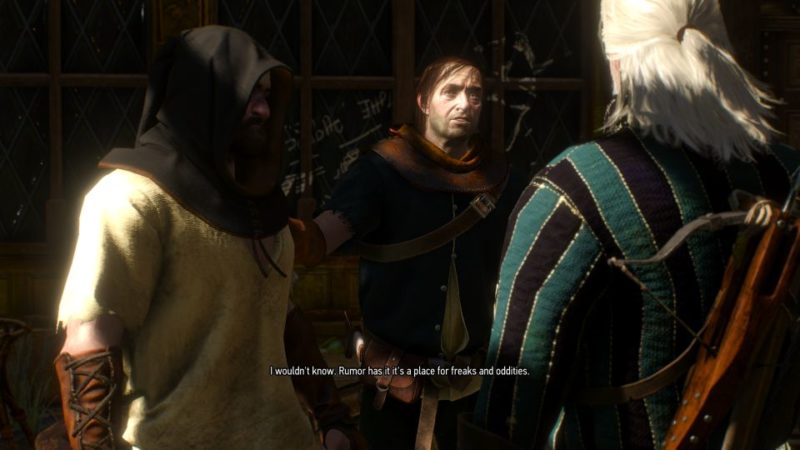 Look for thieves at the main square

Next, you need to follow the thieves to the hideout managed by the King of Beggars.

Just wait in the main square and you’ll see a guy pickpocket someone else. Follow the man slowly. 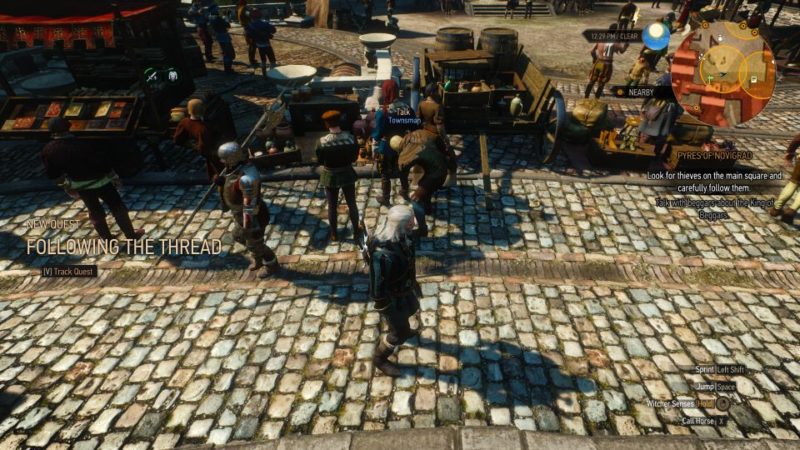 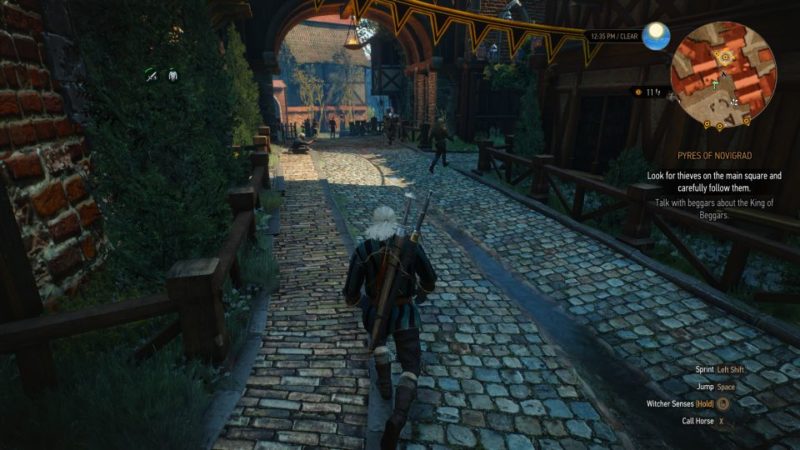 At one point, a beggar will ask for money. We chose to ask about the King’s location and he didn’t want the money anymore. 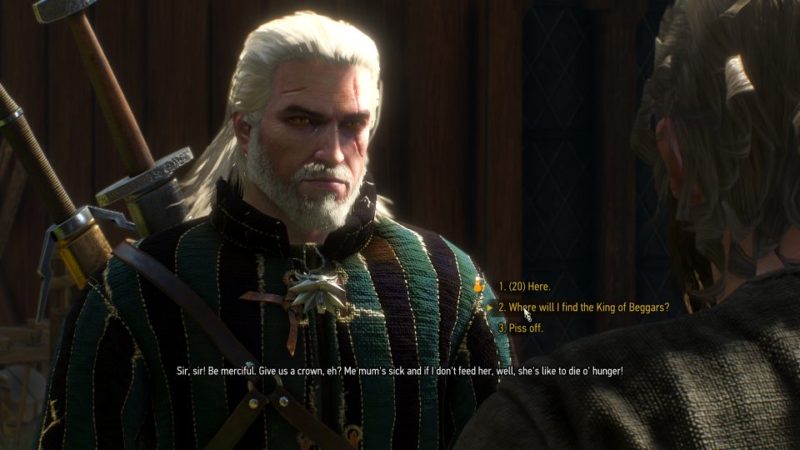 Another thief will take over the stolen item, so you’ll need to follow the other guy. 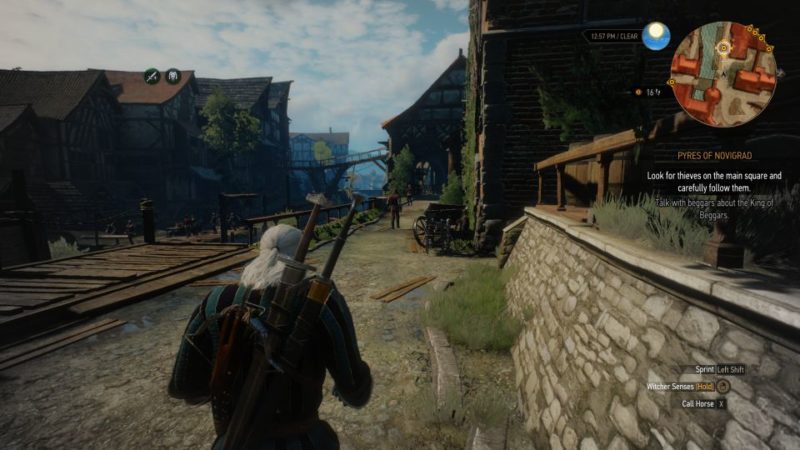 Finally, the thief stops at this gate. Knock on the door to proceed. 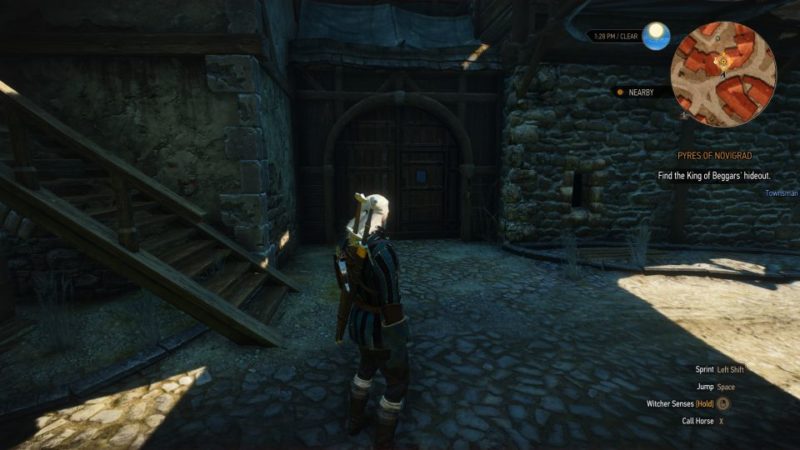 To enter the area, you’ll either need to pay 50 crowns or use a level 2 delusion. 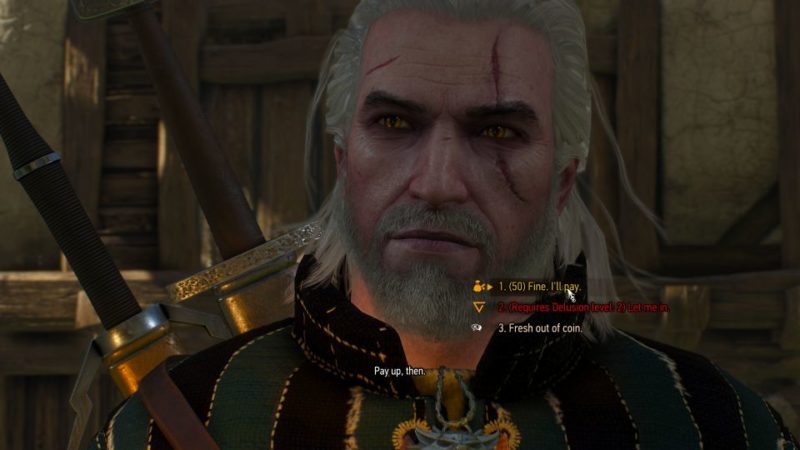 Meet with the King of Beggars

Go towards the end of the compound and enter the door. You’ll see Triss talking to the King of Beggars. 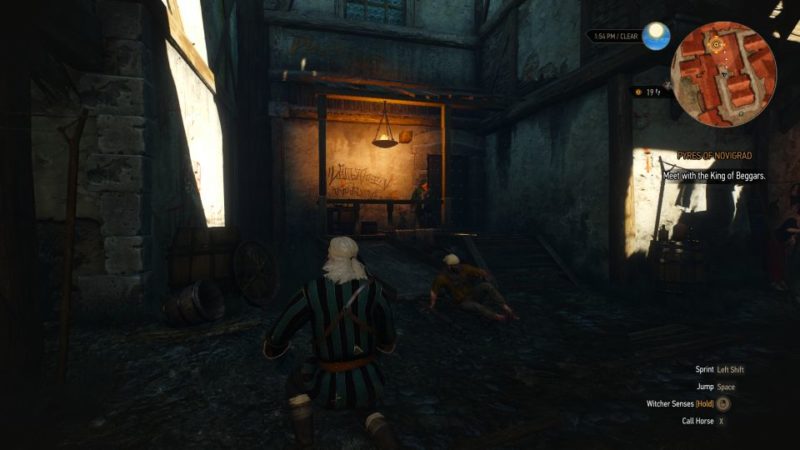 After the cutscene, follow Triss as she goes to do her job. 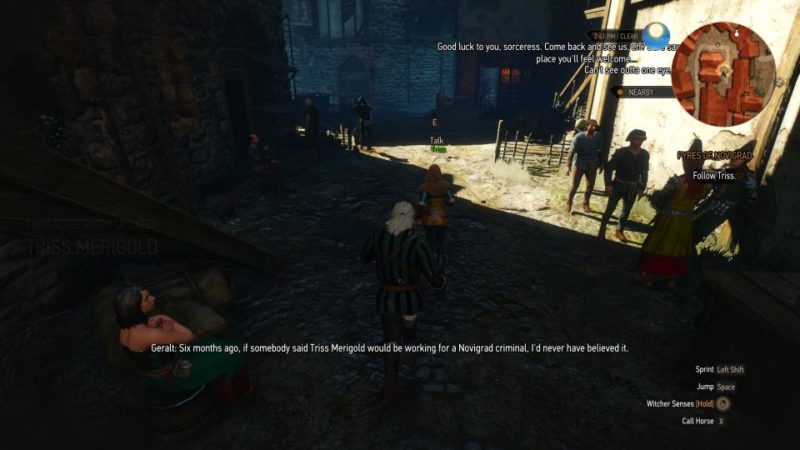 After meeting a guy, some guards appeared. You need to enter the basement. Open the hatch on the floor. 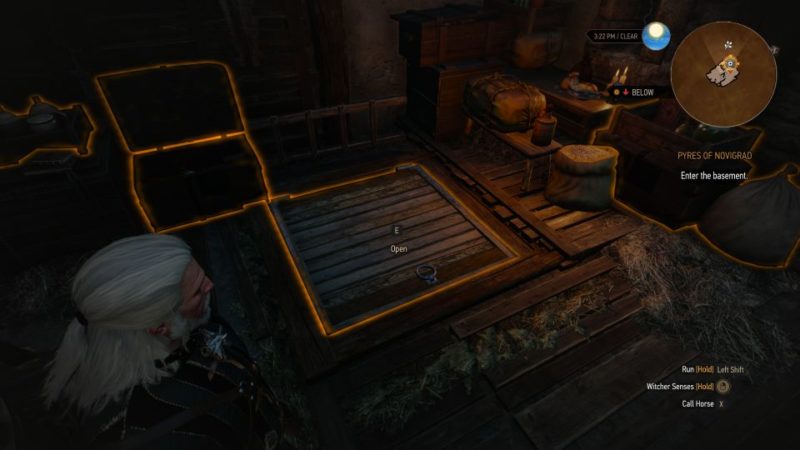 Once you’re underground, you’ll see a drowner or two. Kill it. 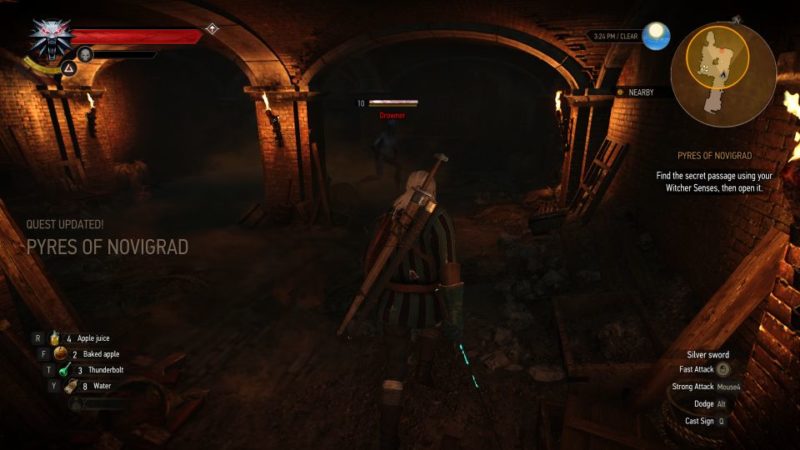 To open the secret passage, use the lever on the pillar. 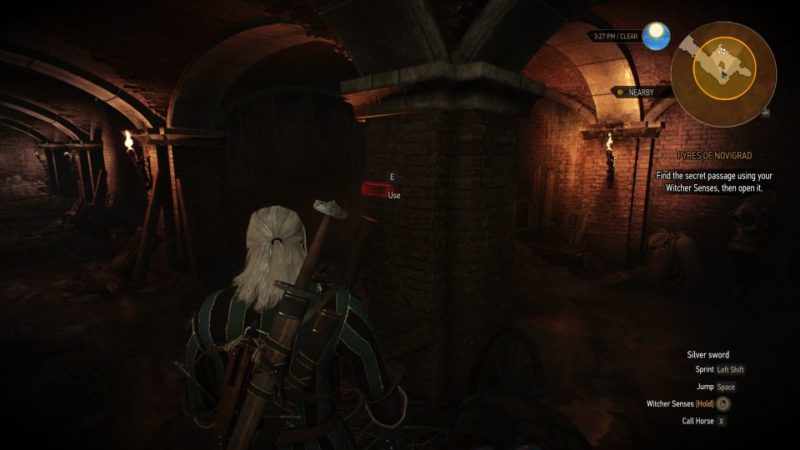 Follow Triss towards the lost parcel. She’ll ask you to dive into the canal to look for it.

Dive underwater and look for the wrecked boat. The parcel is just beside it. 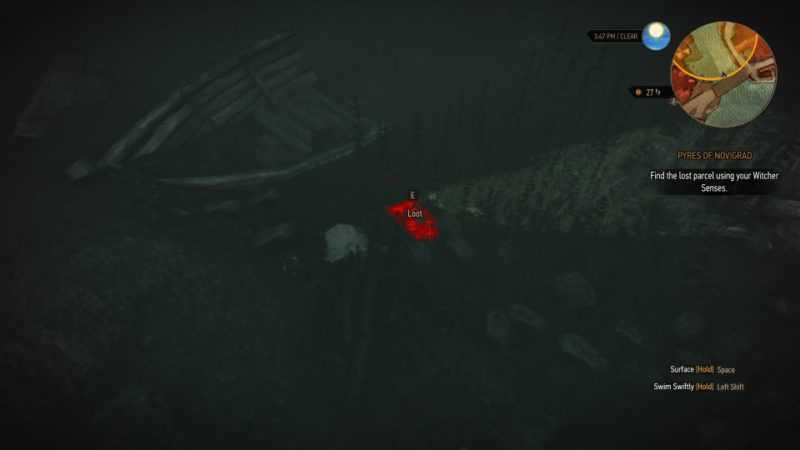 Bring it back to Triss and continue following her. 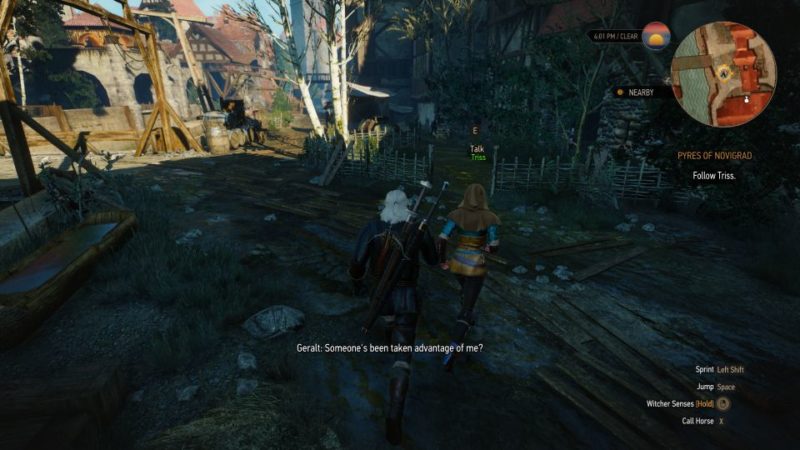 You’ll then meet a guy who hired Triss to clear some rats.

Ask for payment in advance, but it probably doesn’t matter. 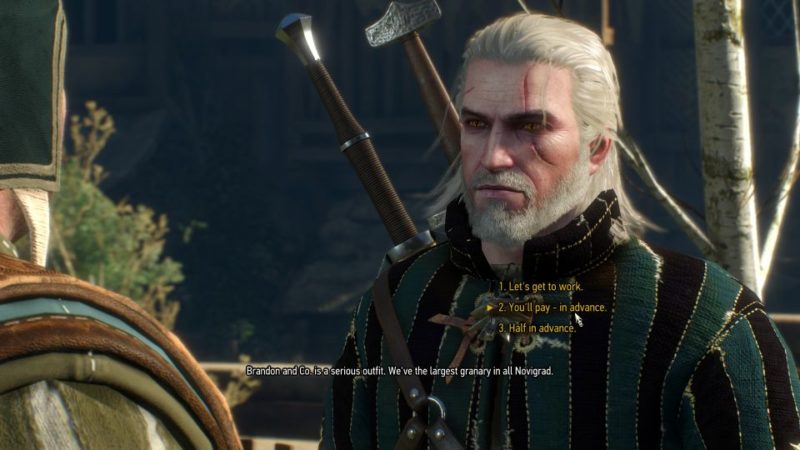 Once you’re inside the building, you need to place rat traps. There are three in total.

Look for the rat droppings using your witcher senses. 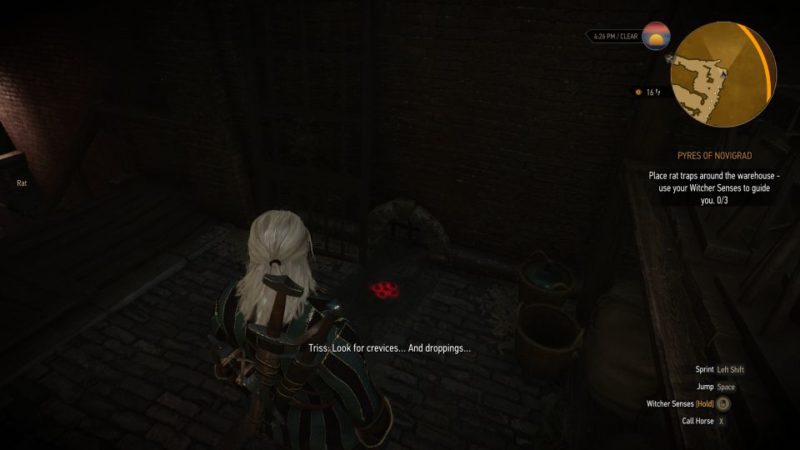 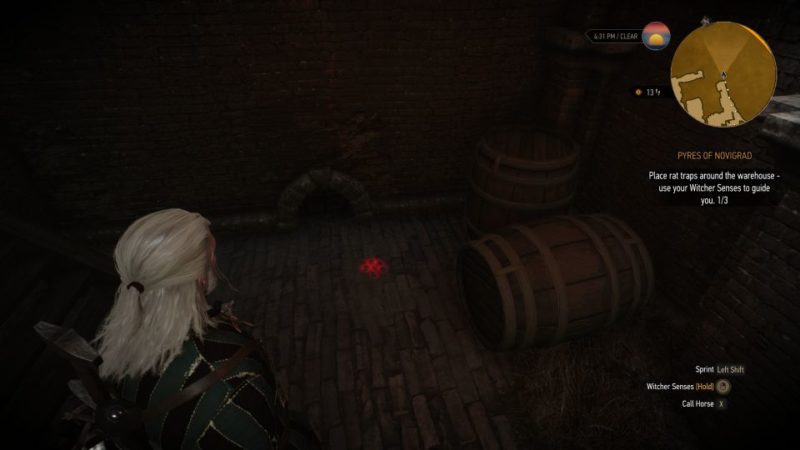 After placing the traps, talk to Triss as she does her magic to get rid of the rats.

There’ll be a cutscene where you guys have been betrayed by the trader. You’ll need to defeat the thugs. 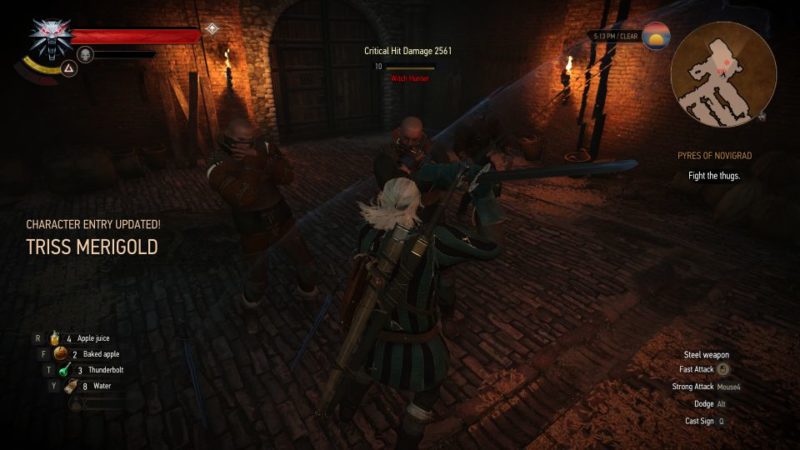 The quest completes here. She’ll ask you to meet the Dreamer about Ciri.

For The Advancement Of Learning (Choices): The Witcher 3 Guide

Ladies Of The Wood And The Whispering Hillock: Witcher 3 Guide