Kicks is a NPC that will appear in Animal Crossing New Horizons (ACNH) at the plaza area.

He sells some cool shoes and stocking that you may want to purchase. Kicks also sells different types of bags.

Will Kicks ever set up his own shop in Animal Crossing New Horizons?

What does Kicks sell?

In the image below, you can see that he sells certain clothing.

As his name Kicks suggests, he sells mostly shoes, slippers and those in the same category. He also sells socks / stocking.

You can find sling bags and the usual backpacks. 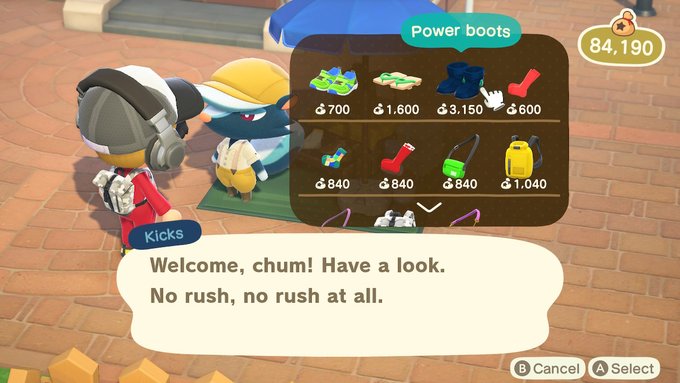 Will Kicks ever move in to the island?

At this point, we still do not know yet.

We’re buying his goods whenever he comes, to see if he eventually moves in like the Able Sisters’ did.

We have not found reports of him moving in so far, despite the time traveling many have done.

How To Remove Villagers From Your Island – Animal Crossing New Horizons

How To Get Bamboo Trees – Animal Crossing New Horizons