At the beginning of Chapter 14 of Final Fantasy 7 Remake, there’s a special resolution cutscene.

You will either get Barret, Tifa or Aerith, depending on your choices throughout the game.

Here’s how you can unlock either Tifa’s, Aerith’s or Barret’s resolution in FF7 Remake.

How to unlock Tifa’s resolution 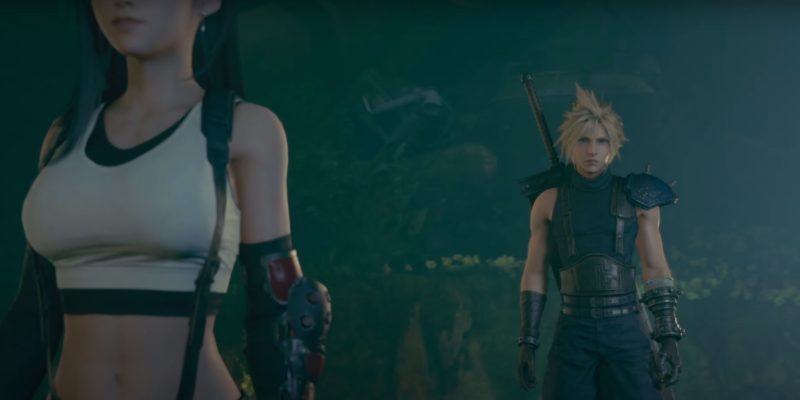 Tifa’s resolution cutscene can be unlocked if you favored Tifa during the game.

This includes the scene where Tifa wants to make a drink for you and you have “Something hard” or “Not in the mood”. 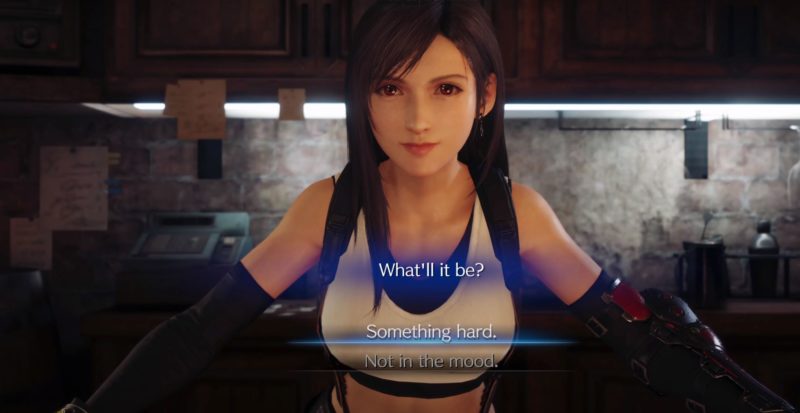 Choose “Something hard” to make her happy.

In Chapter 9, when Chocobo Sam asks you to describe Tifa, choose “She’s in great shape” or “She’s a great fighter“.

In Chapter 10, you will be thrown into the sewers by Don Corneo, and you need to talk to Tifa instead of Aerith, when they’re both lying down.

To increase your chance in getting Tifa, choose the negative choices for Aerith as well.

How to unlock Aerith’s resolution

As for Aerith, you need to make her happy instead. In Chapter 2 of the game, you’ll meet Aerith for the first time as she gets ‘disturbed’ by the Whispers.

When she asks you if you want the flower, you need to ask “How much?” to make her happy.

Similarly, during Chapter 10, you have to choose Aerith instead of Tifa.

To increase your chances, choose the negative choices for Tifa.

We still got Aerith even though we favored both Aerith and Tifa, with the main difference being the choice in the sewers. That probably plays the biggest part.

How to unlock Barret’s resolution

To unlock Barret, you probably need to choose the negative choices for both Tifa and Aerith in the Chapters mentioned above.

To add to that, you should also skip the side quests in Chapter 3 (with Tifa) and Chapter 8 (with Aerith).

How Long To Beat FF7 Remake On First Playthrough