King’s Gambit is a secondary quest in Skellige in The Witcher 3.

Your task is to report to Crach to collect your reward for Hjalmar and Cerys.

Here’s a walkthrough of King’s Gambit in Witcher 3.

Suggested level: 18 and above. 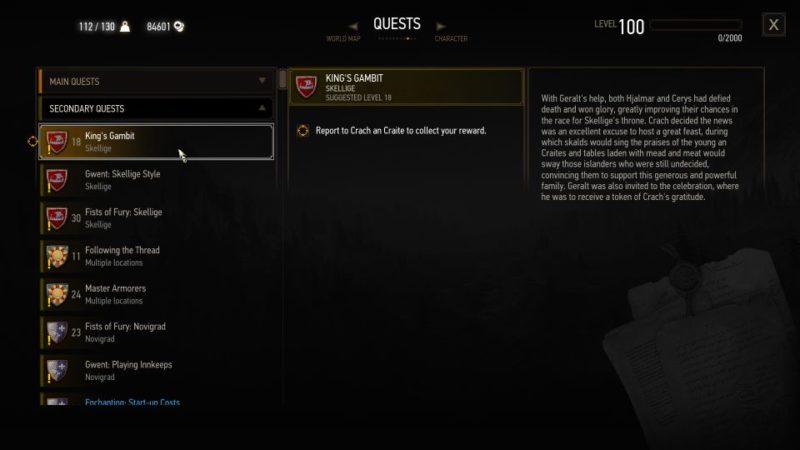 Your first objective is to go to Kaer Trolde. It’s much easier to fast travel to the bridge. 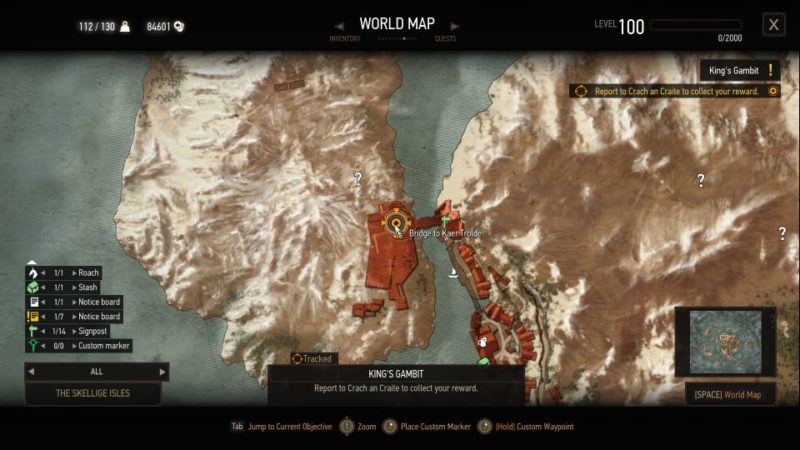 Once you’re inside, you will meet Arnvald. Follow him. 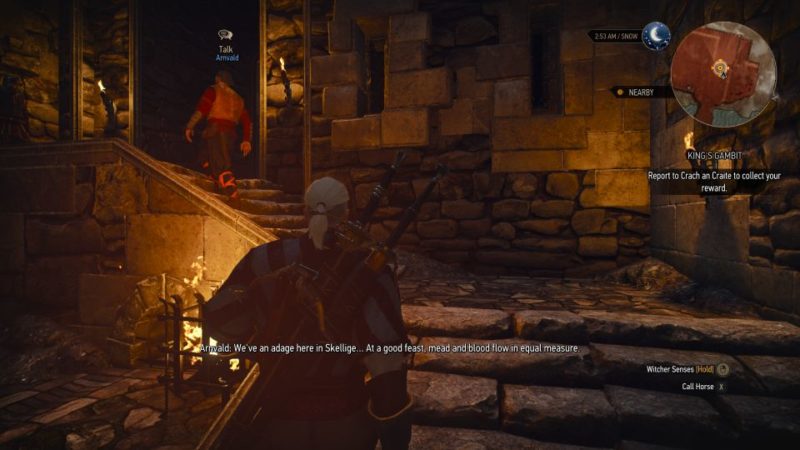 You will then meet Crach in the cutscene. 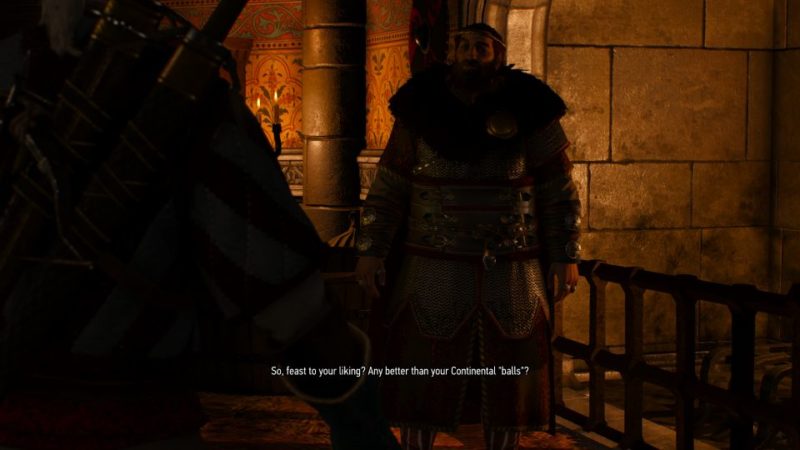 During the conversation, you’ll hear some commotion. 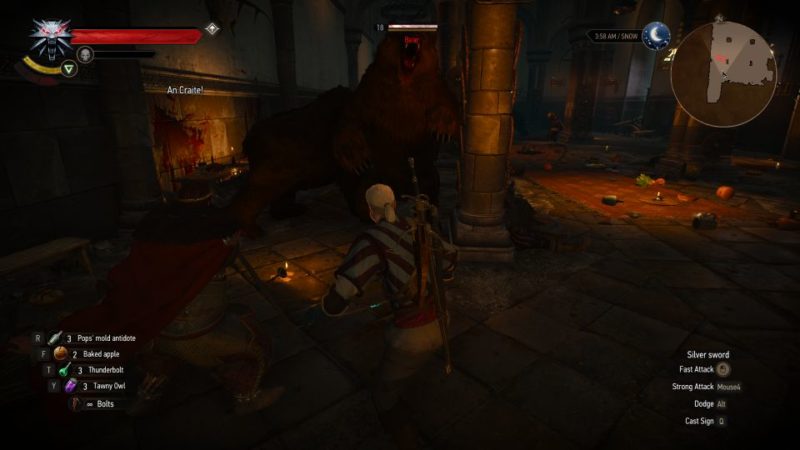 Help Cerys or go with Hjalmar?

Whoever you chose to help will eventually become the new king in the later quest Coronation.

We chose to help Cerys instead.

If you don’t choose anyone and leave this alone, Bran will become the new leader. 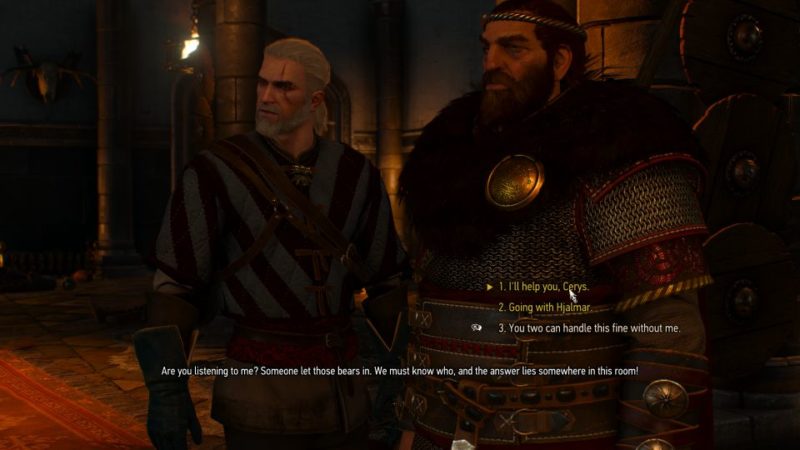 Use your witcher senses to look for clues. 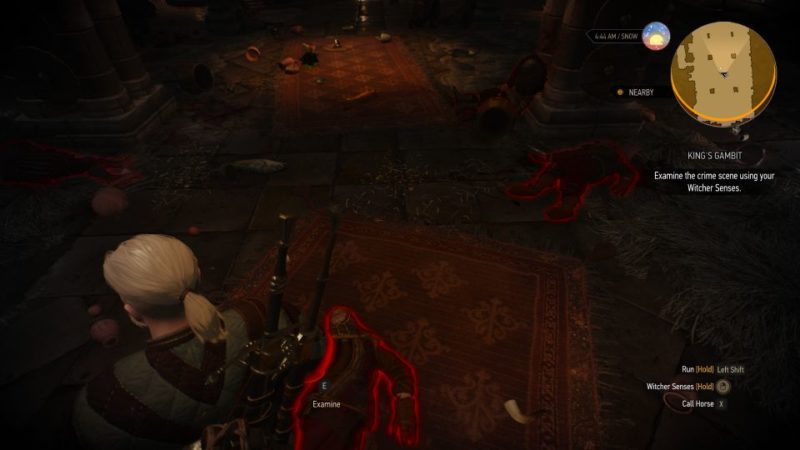 What you need to find are traces of mead. 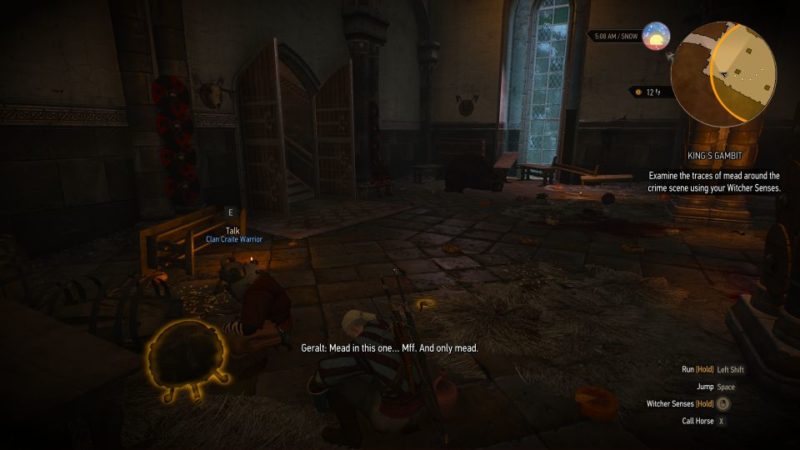 The final clue is just beside the door. 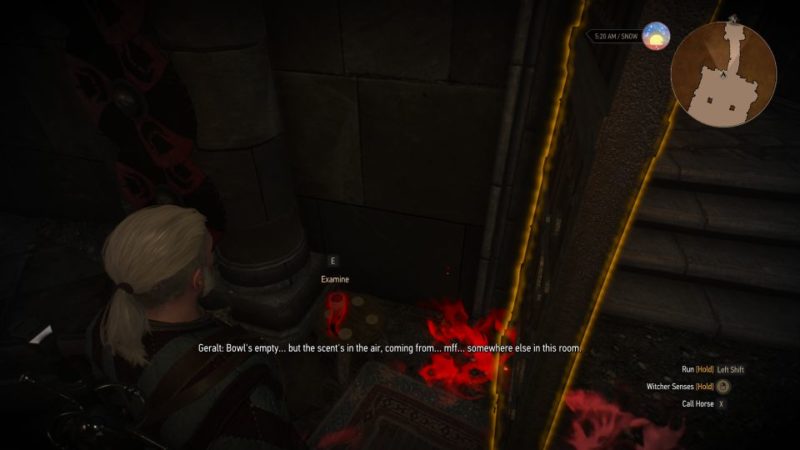 Talk to Hjort just outside on your findings. He’ll know where to look next. 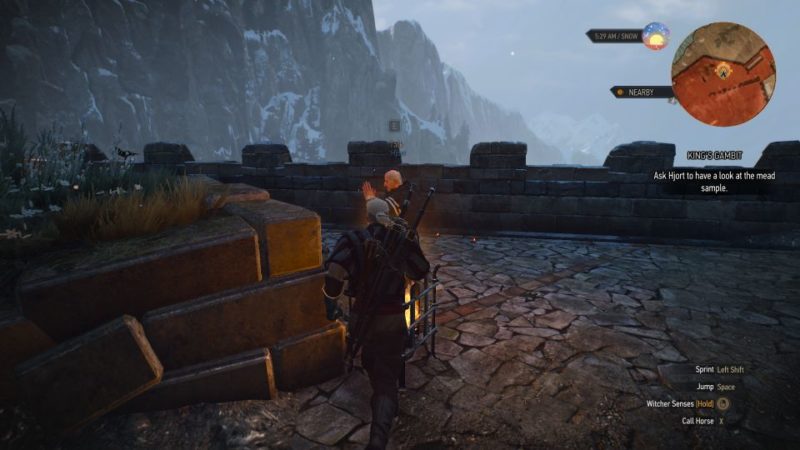 Next, follow Cerys as she leads you to the cellar. 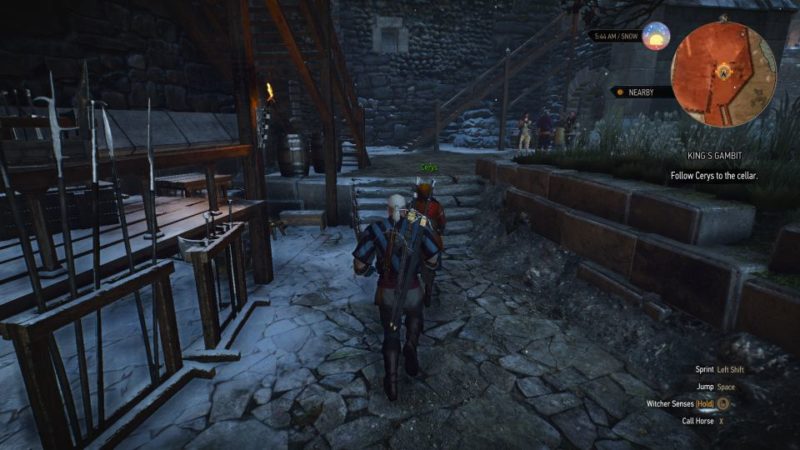 Examine the barrels in the cellar.

You guys will be trapped by fire as someone threw a torch on the alcohol.

Flee from the burning cellar

To get out of the cellar, use Aard to blast open a pathway blocked by barrels. 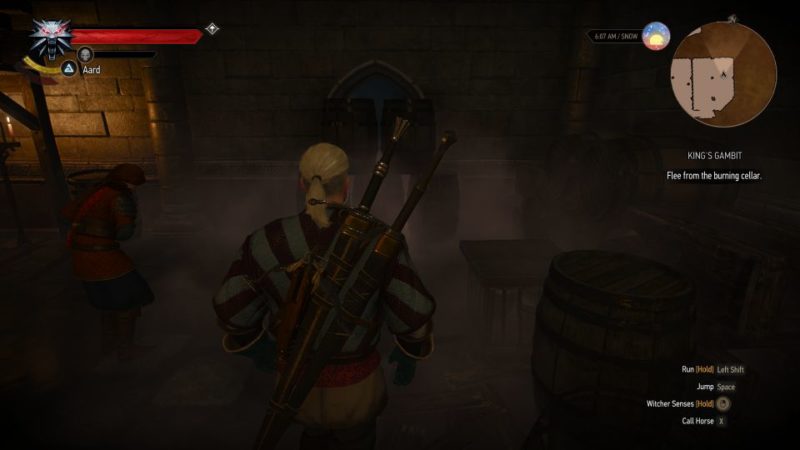 Go through the hidden tunnel. Inside, you will be able to get an ability point.

Keep going until you’ve returned to the front of the cellar.

Now, look for tracks on where the arsonist may have gone to. 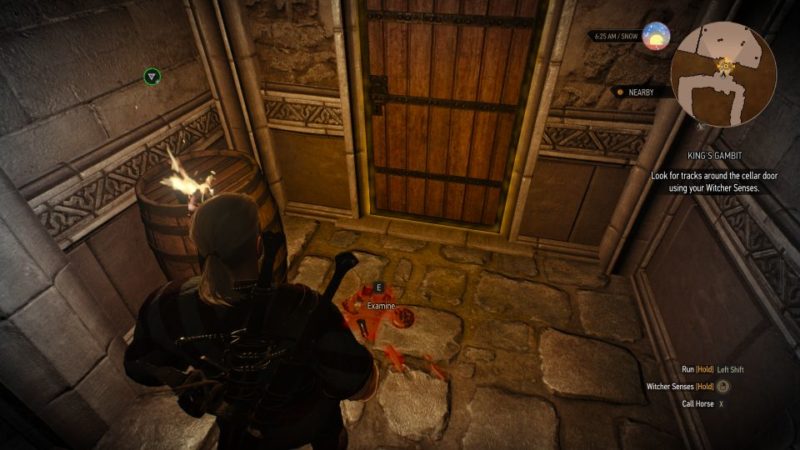 Follow the tracks until you find a piece of cloth at the torch stand. 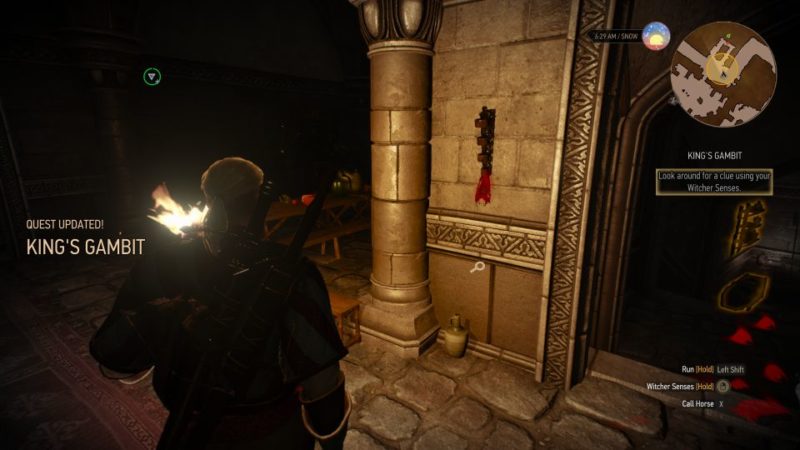 You’ll then need to chase after Arnvald with Roach.

To stop him, go near and attack him. 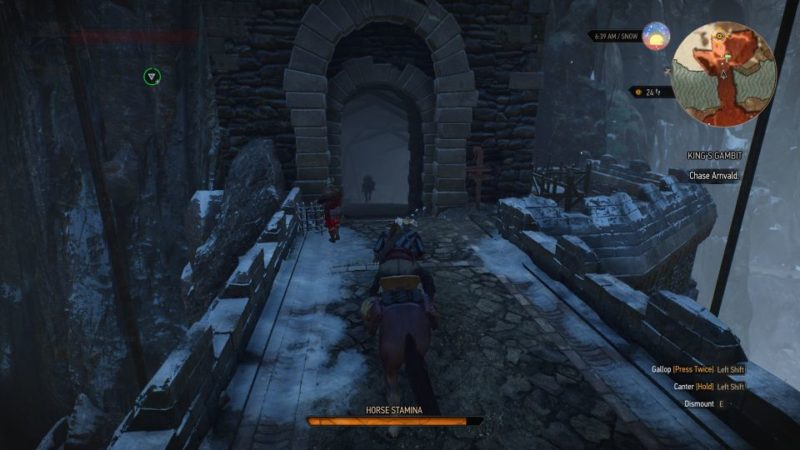 There’ll be a trial where they accuse Birna of causing the killing by bears.

Eventually, Birna’s son is the one that leads her to be sentenced to death. 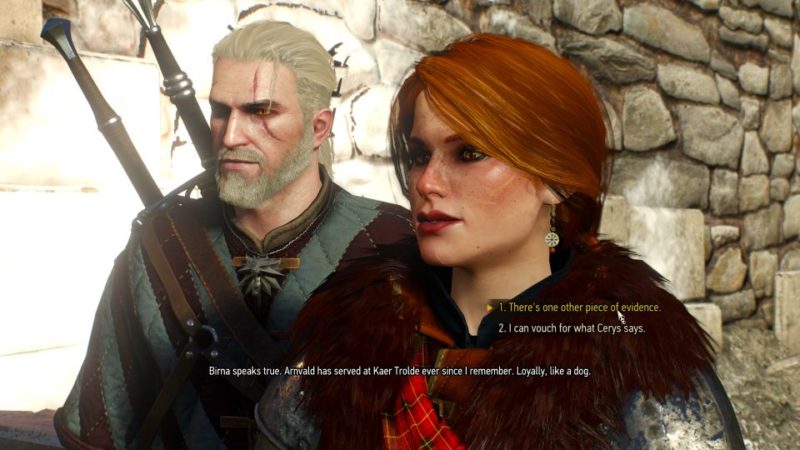 After this quest, the next quest Coronation starts immediately.

You just have to watch Cerys be crowned. Or Hjalmar if you have chosen him, or even Bran if you didn’t choose anyone.

The Calm Before The Storm: The Witcher 3 Walkthrough

Possession: The Witcher 3 Walkthrough And Guide