Final Fantasy 7 Remake was officially launched a week ago and many players have completed their first playthrough.

If you have not completed the game yet, you may not want to read it as they will definitely be spoilers.

Here are some of the FF7 Remake ending theories and explanation so far on what impact it might have on the sequel.

What are the Whispers / Dementors? 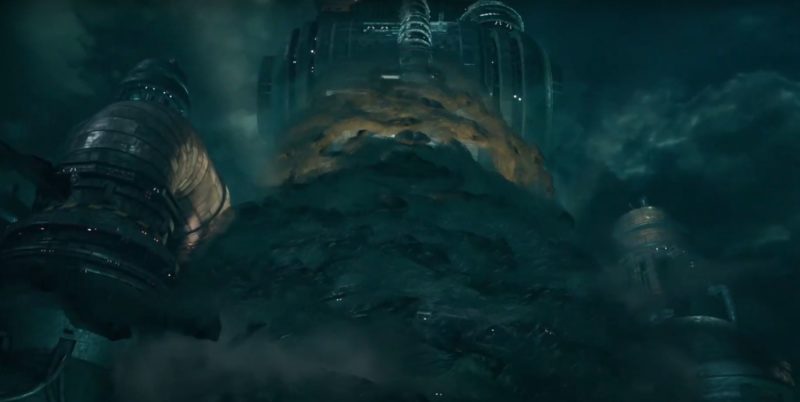 The black ghostly things or rather Dementor look-alikes that appeared throughout the game are later known as Whispers.

Red XIII called them Whispers in Chapter 17 of the game after he somehow gained the knowledge from Aerith’s touch.

They are also known as Arbiters of Fate, meaning their role is to secure the timeline / prevent it from being changed.

This means they will interfere whenever any character tries to change the timeline.

The timeline here refers to the original Final Fantasy 7 story. You have seen them meddling with characters multiple times in the story.

The Whispers also prevented Barret from getting to Rude before the latter pressed the button that led to the plate collapsing. They have intervened many times in the game just to set the course straight.

After defeating the Whisper Harbinger, Sephiroth seems to have absorbed them and has control over them.

Who are the three Whispers?

There are three Whispers you need to fight at the end named Whisper Viridi, Whisper Croceo and Whisper Rubrum.

Many have thought that they represent Cloud, Barret and Tifa from the future due to the weapons the Whispers used. 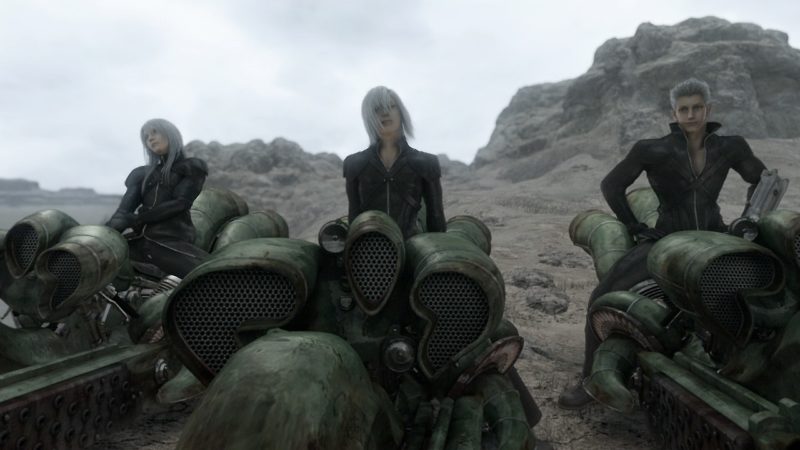 However, Maximilian Dood pointed out that they may actually represent the Advent Children instead.

They probably refer to Kadaj, Loz and Yazoo who use the same weapons as the Whispers.

In Advent Children, they also summoned Bahamut, similar to how FF7 Remake combined the Whispers into a Bahamut during the boss fight.

It brings us new questions. Did Sephiroth somehow manipulate the future and brought them back? It gets more confusing here and we’ll only find out later.

Did Jessie, Biggs and Wedge survive?

This brings us to the next question. Did the trio survive this game?

Biggs was shown to be alive at the end of the game, miraculously. Some say that Jessie may actually be alive as well, as her gloves seem to be on the desk beside Biggs, but it can go either way.

As for Wedge, he was taken out off screen and presumed to be dead, but it’s not confirmed since his death was not shown.

In short, all three of them may possibly be alive in the next game. That said, only Biggs has been confirmed to be alive in person so far.

Many players have suggested that alternate timelines have been created towards the end of the game.

This happened when Cloud, Tifa, Barret, Aerith and Red XIII defeated Whisper Harbinger, one of the main bosses at the end.

This means they can’t ensure that the game goes according to the original FF7, which is all very meta.

Square Enix probably put this in to give them the power and avenue of changing the story.

However, some fans are enraged with the ending as it’s supposed to be a remake, but it looks more like a reboot and sequel.

The ending has created fans that are either really happy with it, really angry with it or are simply confused.

Either way, we’re in uncharted territory now. Even the ending had the words “The Unknown Journey Will Continue“.

Arguably the most controversial part of the ending was a scene with Zack Fair, an actual First Class SOLDIER.

In the original game, Zack rescued Cloud and the pair was on the way to Midgar before he was killed by the Officers. Cloud who survived then takes over the Buster Sword from Zack and suffers some identity crisis (mistaking himself to be Zack, a First Class SOLDIER).

In the FF7 Remake however, Zack managed to survive the battle that he was supposed to die in. He is also seen bringing Cloud to Midgar after the battle.

It’s controversial because Zack’s death gave rise to Cloud’s character. Cloud is who he is because Zack died.

If Zack survives, then what will happen next? Is he now alive in the game? Will Cloud no longer be Cloud?

This is why many have suggested alternate timelines, that Zack still dies in the original FF7 timeline, but lives in this new timeline that the group have created by defeating the Whispers.

In a scene, Zack and Cloud from the past is seen walking past Cloud and Aerith in the present timeline. It sort of looked as though Aerith knew the timeline has changed or that they are now in a different timeline. Maybe she sensed the presence of Zack in this new timeline, or they just put it there to make it look cool.

During Zack’s scene, a Stamp wrapper deliberately flew past the screen. 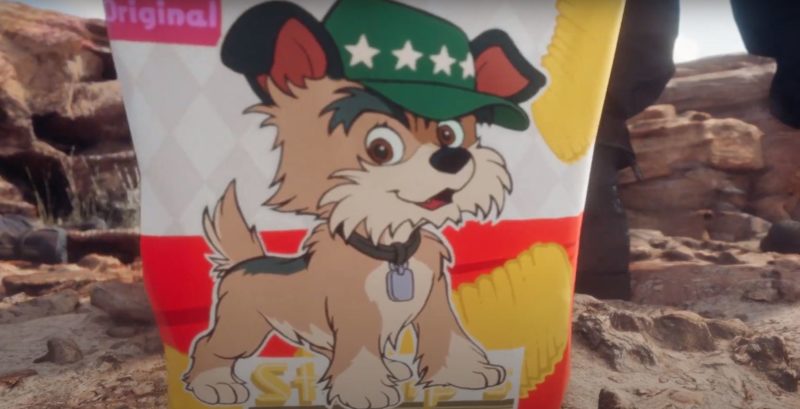 Many have pointed out that the wrapper featured a different breed of dog compared to the one in the story earlier.

In Jessie’s house, we can also see a Stamp wrapper on the table and it’s definitely of a different breed of dog.

This also points to the theory that we are now in a different timeline from the original.

7 Seconds Till The End Meaning?

One of the most discussed lines is this. Sephiroth mentions to Cloud when they were at the Edge of Creation that he has “seven seconds till the end“.

What does that even mean? One of the theories is that it took 7 seconds for Sephiroth to kill Aerith in the original game, but it seems to have been debunked. 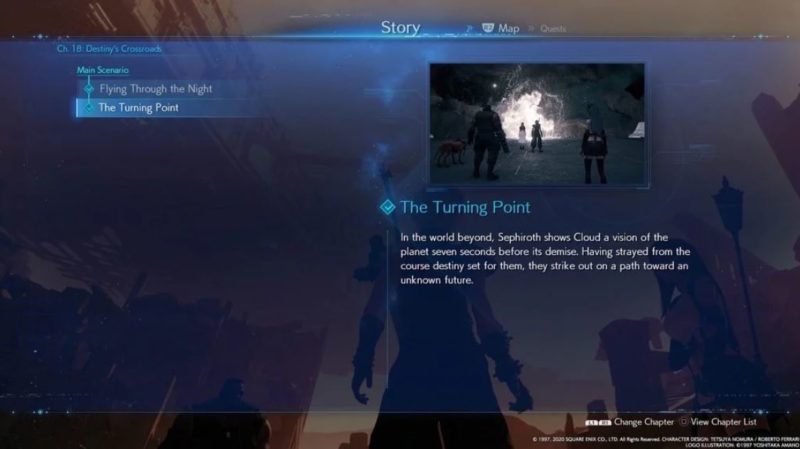 The current theory or perhaps fact is that this seven seconds simply refers to the vision of the planet, seven seconds before its demise.

This was taken from the game itself, under the Story description under the Map menu. It was pointed out in Reddit here.

What will happen in part 2?

Obviously, no one but the developers will know what’s going on next. They’re intentionally putting all these scenes just to stir up a lot of discussion for the sequel.

We can only assume and hope that the sequel will possibly follow the original game’s story as a “base”.

We can also assume that they will make some vital changes / deviations when you least expect it.

Maybe a certain character who’s supposed to die will live this time? Will some other character be killed instead? Will that particular character die in a different way?

It’s so open-ended at this point but we can only hope for the best now.