In Final Fantasy 7 Remake, you should come across a couple of mysterious guys throughout the games.

The first appearance was in Chapter 3 when Cloud investigates the weird noise in the next room.

When he entered the room, he sees a vision of Sephiroth instead, but it turned out to be someone else.

So who are these guys with numbers on their arms in FF7 Remake?

There are spoilers ahead if you haven’t played the original FF7.

They may be Sephiroth clones

The Sephiroth clones are part of an experimentation by Professor Hojo in the past. He injected Jenova cells into these test subjects (humans) as part of a ‘reunion’ experiment.

It’s similar to what he did to SOLDIERs and Cloud.

The number on the guy’s arm probably refers to which test subject that person is. There has been a lot of failed experiments as well, but we don’t know the actual number.

In Chapter 2, the person who appeared was no. 49 and towards the end of the game, we will see another guy who has the number 2 on his arm. 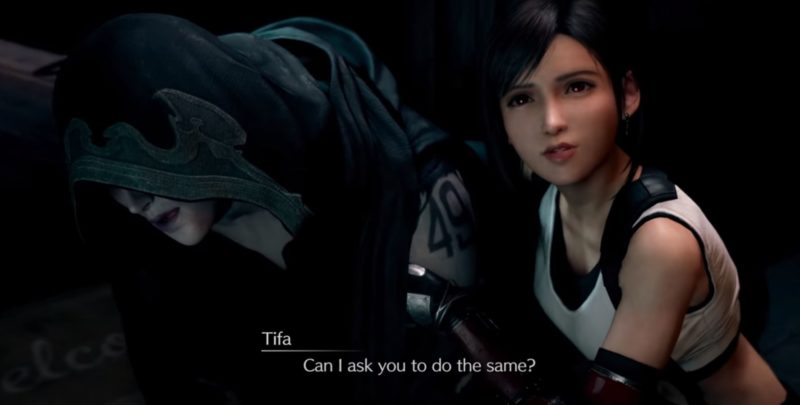 This Jenova Reunion experiment was done by Professor Hojo to see if Jenova could recall her scattered cells in all of these test subjects into a ‘reunion’.

And for those who played the original, you would know that Sephiroth is somehow in control of Jenova.

This means these clones in the Remake are in Sephiroth’s control.

In Chapter 2, Cloud also has a vision of the reunion which would come much later in the game.

Things may change in the Remake though.

Can Cloud be controlled by Sephiroth then?

It seems to be a possibility seeing how Cloud has Jenova cells in him.

But Sephiroth may have bigger plans for Cloud at the moment, as you would see in the future parts of FF7 Remake.

Should You Pick Heads Or Tails (Coin Flipping) – FF7 Remake