It doesn’t take a soldier to know that war is hell. It affects everyone in different ways. Films have portrayed the subject in many ways.

Some have shown the heroic actions of the brave men who fight for their countries on the front lines. Others prefer to offer a closer look at the horror of war and its psychological effects on the people who might not make it to the next day.

War is the subject of some of the greatest stories in film history. No matter which face of war you prefer to see, there’s a film for it.

Netflix has some of the best war films in its collection. Here are some of the top war movies you can watch on Netflix today. 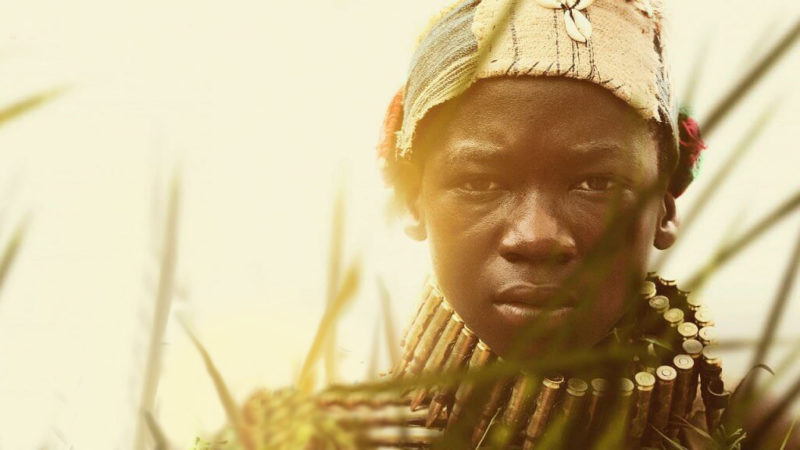 This film is an adaptation of Uzodinma Iweala’s novel of the same name. It is the story of a preadolescent boy named Agu (Abraham Attah) as he is turned into a child soldier during a civil war in an ambiguous nation in West Africa.

He and his fellow child soldiers follow a Commandant (Idris Elba) as a part of a growing rebel faction.

The film is a violent coming-of-age story featuring people who may die before coming of age. It’s directed by Cary Fukunaga, winner of the Primetime Emmy Award for Outstanding Directing for a Drama Series for his work on the first season of True Detective.

This film is loud, brutal, but has its brand of tenderness too.

Watching Black Hawk Down is an experience by itself. Ridley Scott’s adaptation of a 1993 military raid in Mogadishu by the United States is a little difficult to follow. Everybody is in military fatigues with their faces obscured by helmets and goggles, so it’s hard to tell which person is which.

There’s a lot of yelling involved and dust obscures vision in a lot of places. Gunshots are coming from all directions. Nonetheless, it all works somehow. The entire movie is a frenzy, it’s difficult to distinguish things and people for a reason.

It may be hard to believe from just reading or hearing about it, but the frenzy is the kind of aesthetic that makes this movie great.

Also, looking back, this film had one of the most star-studded cast ever.

If a movie can be judged solely by the credentials of the people who worked on it, then this spy thriller can’t be beaten. Body of Lies was directed by Ridley Scott. Its script was written by William Monahan and featured Leonardo DiCaprio and Russel Crowe.

Roger Ferris (Leonardo DiCaprio) is a CIA field agent stationed in Iraq. He is tracking Al-Saleem (Alon Abutbul), an elusive terrorist, under the orders of his superior, Ed Hoffman (Russel Crowe). It uses some tired spy movie tropes but maintains a gripping and tense story.

The hidden headpiece conversations and the cover names and false identities coupled with the threat of public terrorist attacks make up a dramatic picture of modern warfare. 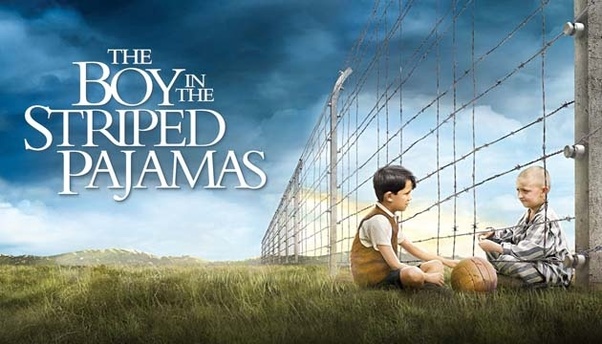 Children see traumatic events in different ways. For some, these events can haunt them for the rest of their lives. Others are lucky to be ignorant of the harsh reality surrounding them. Bruno (Asa Butterfield) belongs to the latter group.

Bruno is an 8-year-old boy in Nazi Germany. He develops an innocent friendship with a young Jewish boy who is imprisoned in a concentration camp. The commander of the concentration camp is Bruno’s father, which complicates their relationship.

The film adaptation from the novel written by John Boyne explores the humanity inside every person through the innocence of the young in a time of crisis caused by the old. 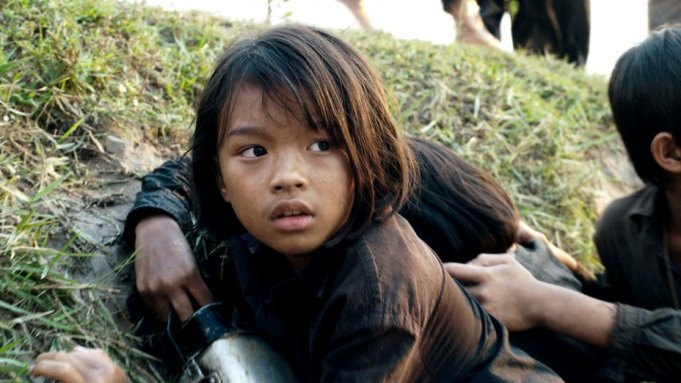 The Khmer Rouge is one of the most brutal groups to ever exist on Earth. Their repressive reign over Cambodia left millions dead and many had to flee their country to survive. One such person is Loung Ung, who lived under the autocratic rule of the Khmer Rouge from 1975 until she escaped in 1980.

The film is an adaptation of her memoir that is directed by her friend, Angelina Jolie.

Jolie is not new to directing war movies, but First They Killed My Father may be her most extreme movie yet.

It’s an empathetic and heartbreaking story of the daily horrors that Cambodians experienced following the Cambodian Civil War. 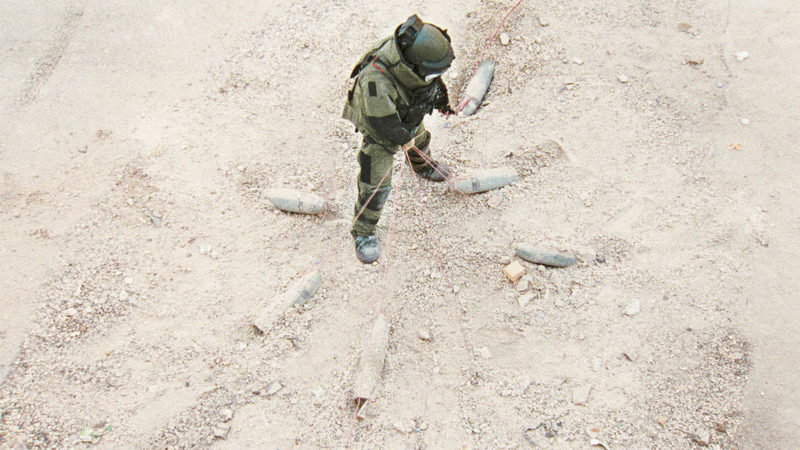 This film follows Staff Sergeant William James (Jeremy Renner), an explosive disposal specialist, as his job takes him to the edge of death multiple times through the Iraq War. It is an exploration of the effects of the stress of combat to the minds of people.

His explosive disposal unit experiences traumatic events, including some encounters with bombs strapped and locked in people. He returns to his family following the war, but he quickly becomes bored of civilian life as he fails to separate himself from the thrill of defusing bombs. 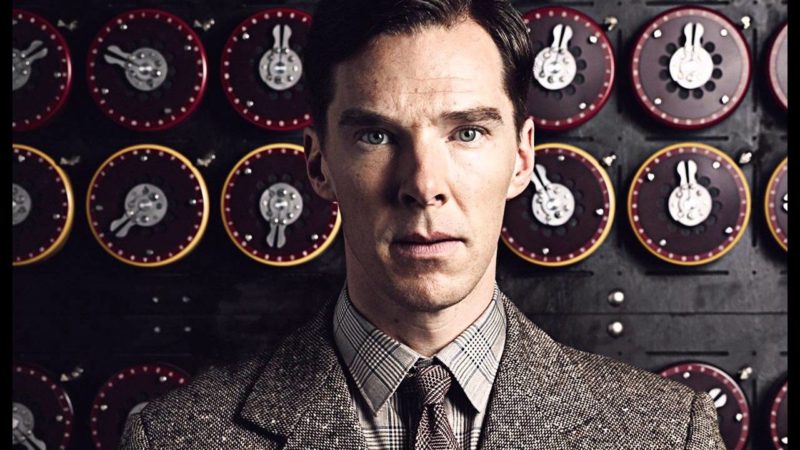 Many will know Alan Turing for his invaluable contribution to the British war effort in World War 2 for breaking the Enigma cipher that the Germans used to protect their communications.

The Imitation Game features Alan Turing (Benedict Cumberbatch) during the time of World War 2 as he develops the machine to decipher German coded transmissions.

It also explores Turing’s homosexuality but isn’t the film’s focus. The film was a global commercial success and received several nominations and awards.

The film focuses on the last four months of Lincoln’s (Daniel Day-Lewis) life as he tried to get the amendment passed while the American Civil War was ongoing.

This film was praised by many critics, citing Day-Lewis’ excellent portrayal of Lincoln and Spielberg’s directing. It became a commercial success and received several nominations and awards. 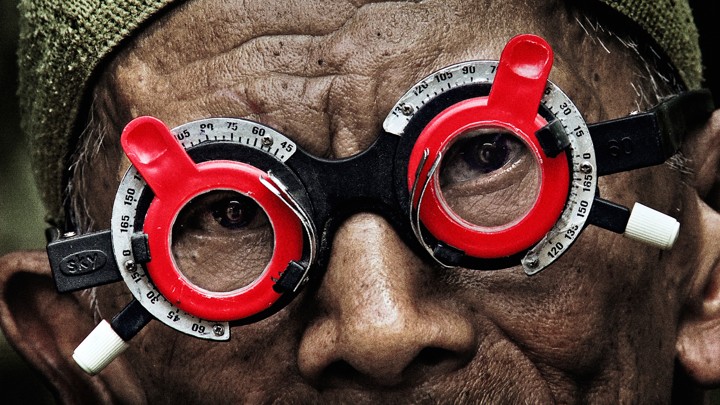 This Indonesian genocide of 1965-66 is the subject of two documentaries made by Joshua Oppenheimer. The first, The Act of Killing, had Oppenheimer give former death squad members the resources to produce a dramatization of the killings of the time.

This film, The Look of Silence features an unnamed man as he confronts the murderers of his brother who was killed in the genocide. The man is unnamed by intention and many of the staff in the credits remain anonymous to ensure their safety.

The two documentaries do not need to be viewed together but doing so will enhance the experience of both.

One of the greatest stories to come out of Nazi Germany is the story of Oskar Schindler, a German business-owner and member of the Nazi Party. Schindler saved the lives of over 1,200 Jews by hiring them to work on factories and protected them using his position in the Nazi Party and bribing officials.

Schindler’s List is an adaptation of Schindler’s Ark, a novel written by Thomas Keneally in 1982. Schindler (Liam Neeson) initially hires the Polish Jews who are fleeing from the Nazis to prevent his enamel factory from going under.

After watching the massacre in Krakow Ghetto, he began to dedicate his life to save as many Jews as he can. 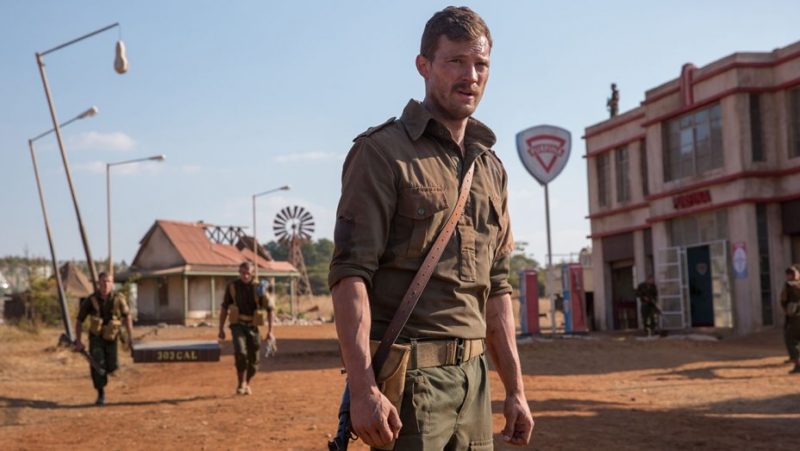 The Congo Crisis is a well-documented period in the history of the Democratic Republic of Congo. For a deep exploration into the Irish military efforts in the war and their heroic actions during the actual Siege of Jadotville, look to historical documents instead.

This film is an action film that draws from the man-on-a mission story format. Commandant Pat Quinlan (Jamie Dornan) leads a company of Irish peacekeepers under the United Nations as they fight back against the mercenaries and forces of the mineral-rich and recently seceded State of Katanga.

Quinlan defends Jadotville together with 150 other members of the peacekeeping force against 3,000 Katangese troops. 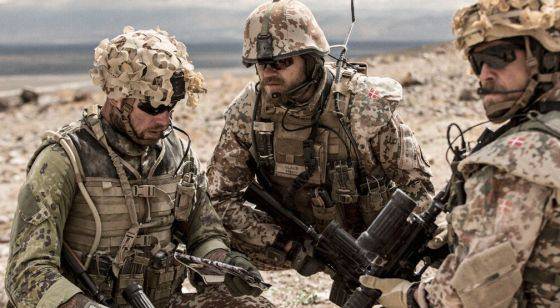 A War is equal parts war film and legal drama. Claus (Pilou Asbæk) is the commander of a Danish military company in Afghanistan. While walking through a village, his company is ambushed by insurgents.

Amidst the confusion of battle, Claus calls for an airstrike without following standard protocol. While the airstrike saves the lives of his company, he is charged with killing innocent civilians for not following protocol.

His decisions and the court case against him put a strain on his family. The film shows the effects of war on the actions and mental health of troops in the trenches and the front lines. 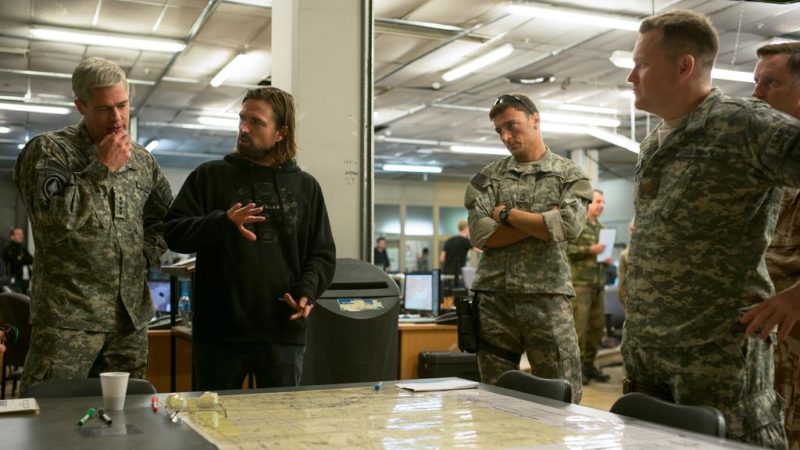 War Machine is a Netflix original film that satirizes the power-hungry officials in the military and the government. Glen McMahon(Brad Pitt) works with a group of exhausted soldiers and reluctant politicians to “clean up” the situation in Afghanistan.

This film is a departure from the regular intense action or depressing themes that war films usually take. While the war in Afghanistan is by no means a funny matter, the film paints a ridiculous picture of a ridiculous eight-year-long war effectively with great acting and sharp wit.

Don’t forget to check out these top war-inspired movies on Netflix!