In the last 20 or 30 years the city of Beijing has become one of the world’s most visited cities. There are hundreds of attractions to entice the tourist, some are close to the city center while others are an hour or so away.

Here are ten of the top attractions and things to do in Beijing. 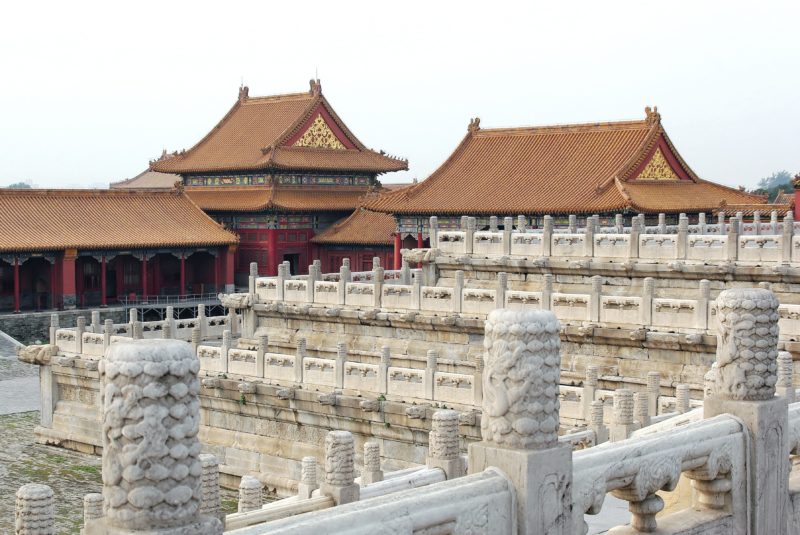 The Forbidden City is also known as the Palace Museum and is located in the center of the city just to the north of Tiananmen Square. It was the imperial palace for 24 Chinese emperors from 1368 until 1911.

People were forbidden to enter the 250 acre complex without the emperor’s permission hence its name.

There are 9,000 rooms to explore and the site measures 961m from north to south and 753m from east to west.

You should allow yourself at least a full day to visit here. I have visited it twice and still not seen everything.

It is closed on Mondays, otherwise it is open from 8.30am until 5pm. it costs CNY60 from April until October, the rest of the year it is CNY40.

The easiest way to get there is on the Beijing Subway, use line one and get off at East Tiananmen station.

Tourist bus number one goes past the attraction as does several bus routes. 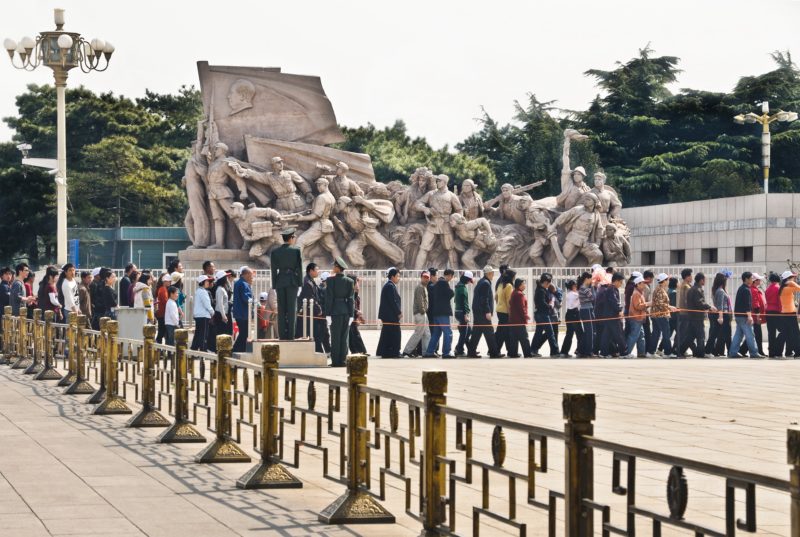 You will easily find Tiananmen Square in the center of the city and across the busy Chang’an Avenue from the Forbidden City. The square is the largest of its type in the world and attracts thousands of visitors every day.

To enter the square you must use one of the underpasses and go through a security check, all your bags must go through an x-ray machine.

Located within the square is the monument to the people and Chairman Mao’s (Mao Zedong’s) Mausoleum.

The mausoleum is visited by thousands of people every day except Monday’s. It is only open during the morning and you should expect to wait in line for at least two hours before glimpsing the former leader’s body.

Cameras are not allowed inside, you go through another security check and anyone with a camera is barred from entering.

I find it amusing that after doing all this security people take out their phones and pictures are taken anyway.

Surrounding Tiananmen Square are several other attractions including Tiananmen Gate, The Great Hall of the People, the National Museum of China as well as the flag raising and lowering ceremonies at dawn and dusk.

Tiananmen Square is free to visit and opens from before dawn until late into the evening.

Entry to Tiananmen Gate is CNY15. The Great Hall of the People is also CNY15.

Mao Zedong’s Mausoleum is free while the National Museum of China costs CNY15.

3- The Temple of Heaven 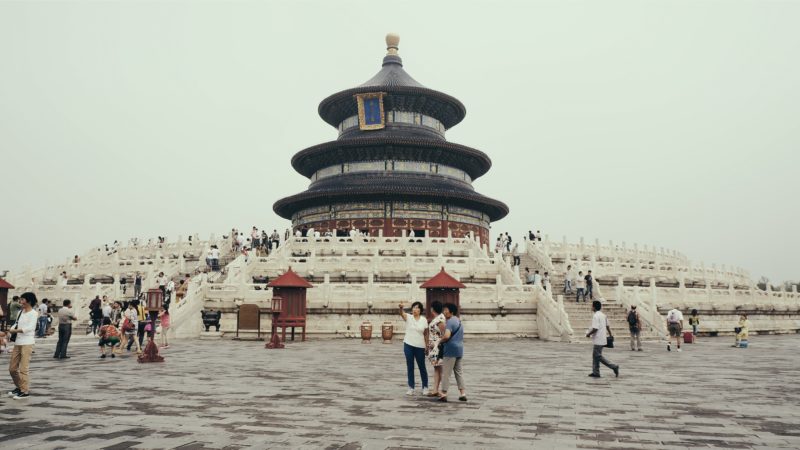 Located to the south of the city center in Chongwen district the Temple of Heaven is where the emperors of the Ming and Qing dynasties held their Heaven Worship Ceremonies.

The complex was built in 1420 and has twice been rebuilt and extended before opening to the public in 1988.

A visit here will offer philosophy, religion and history. Many people also visit here for the parks surrounding the complex.

To visit here you can take subway line 5 to Tiantan Dongmen Station or bus routes 6, 20 and 39 run close to the entrance.

The park itself is free and opens from 6am until 10pm. The Temple of Heaven is open from 8am until 5pm and costs CNY35.

You should allow one or two hours for a visit. 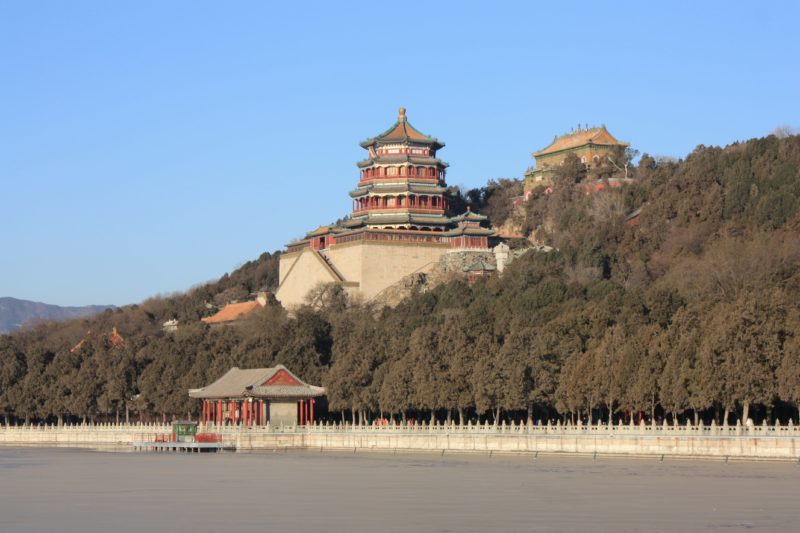 The Summer Palace is located in Haidian district in the north west of the city.

It is China’s largest royal garden covering an area larger than 10 square miles. It was once a summer retreat for the emperor and is now enjoyed by thousands of tourists that visit the pavilions, mansions, temples, bridges and the huge Kunming Lake.

The entry price is CNY30 and you can then pay for individual attractions.

My advice if you want to see everything is to buy the combo ticket at CNY60. You can then visit all areas and it is cheaper than paying individually for each attraction.

The easiest way to get there is on subway line 4 to Beigongmen station. It is then just a three minute walk to the entrance. 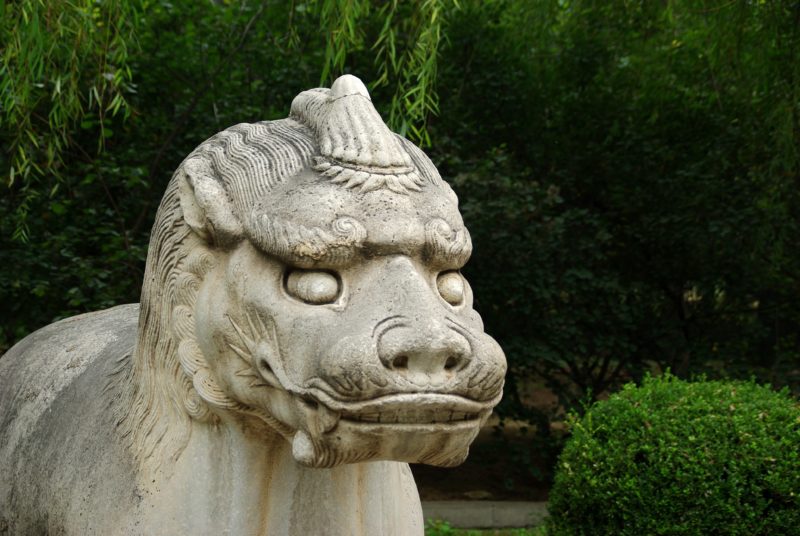 The Ming Tombs are located 50km northwest of the city center and are 13 tombs of the 17 emperors ding the Ming dynasty.

Zhu Di, the first emperor of the dynasty had his mausoleum built at the foot of the Tianshou Mountain and the next 12 emperors all continued with ordering their tombs to be constructed close by. Only three tombs are open to the public, Changling, Dingling and Zhaoling.

The Sacred Way that leads up to the original tomb of Changling is the most accessible and receives the greatest number of visitors.

The Dingling Tomb has been excavated in such a way that it is possible to view the burial chamber itself. It has steep steps and the underground sections are not easily accessible.

You can visit by bus but the tombs are quite a distance apart so the easiest way to visit is to go on a tour or hire a car.

There is a Ming Tombs subway station, but it is several km from the tombs and the drivers waiting at the station are renowned for charging high prices to take you to your destination.

The combo ticket offers the best value at CNY130, especially if you wish to visit each of the sites open to the public.

The tombs are open daily from 8.30am until 5.30 or 6pm. You should allow anything from 2 hours to all day for your visit.

6- The Great Wall of China 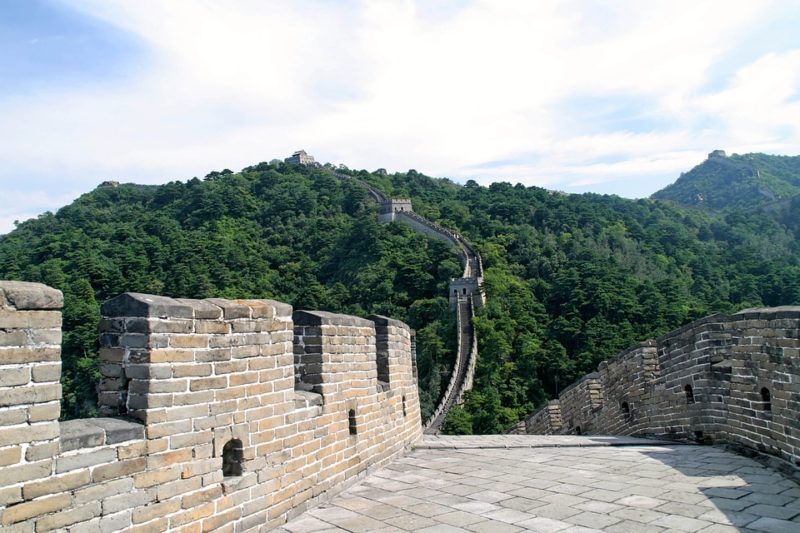 There are several sections of the Great Wall that are easily accessible from Beijing. The busiest section is Badaling and you can take the S train to Badaling station for less than CNY20 each way.

If you take this try to sit on the left side of the train as this side gets the best views as the approach the Great Wall.

You can also take bus number 877 for a similar price. Hotels and hostels will sell you a door to door tour that may include a trip to the Ming Tombs.

These tours cost around CNY600 per person and you have very limited time at the Great Wall.

You could hire a car with driver for around CNY1000, much cheaper if there are two or three of you.

Badaling costs CNY45 from April until October, November until March it is CNY40. It opens each day from 6.40am until 6.30pm. 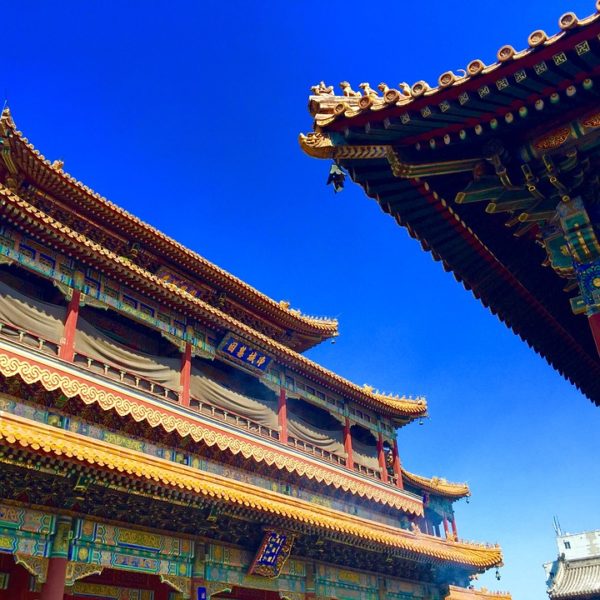 The Lama Temple is one of the must see attractions in Beijing, it is the largest and most impressive of the historic temples to be found in Beijing.

It was built in 1694 and was the residence of Emperor Yongzheng before he became emperor.

It became a lamasery in 1744 and eventually became the national center for the Lama administration in China.

It is the only temple in Beijing to have a subway station named after it (Yonghegong). It is served on lines 2 and 5 and is a short walk from exit C.

The entry fee is CNY25 and it opens each day from 9am until 4.30pm, you might want to allow one or two hours for a visit. 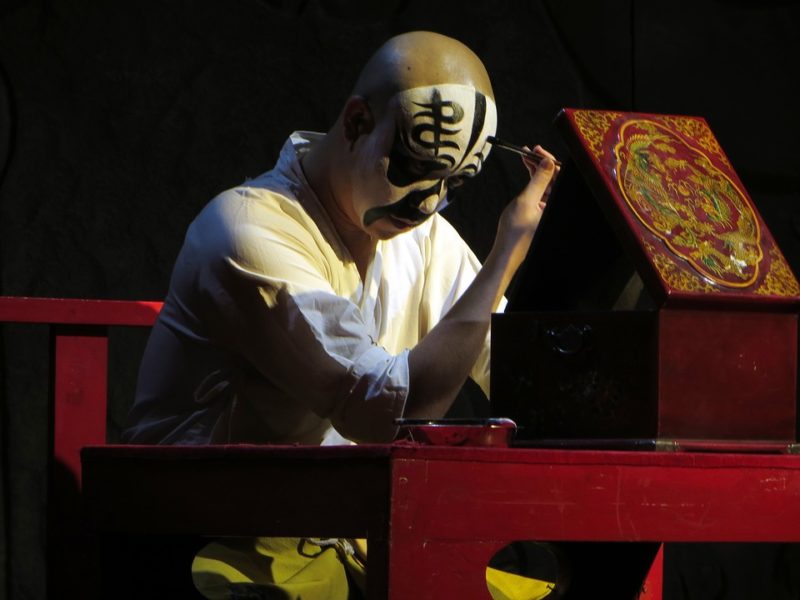 The style of opera performed in Beijing is one of stylized action that includes singing, dancing, dialogue and acrobatic fighting that portrays a story through its principal characters and uses the emotions of happiness, anger, sorrow, fear, surprise and sadness to tell that story.

There are usually four main roles in Peking opera, the sheng is always played by a man, the dan is a young female, the jing is a painted face played by a male performer while the chou or clown can be male or female.

The principal characters will be treacherous or loyal, ugly or beautiful or they could be good or bad, each image of a character is portrayed vividly throughout the performance.

Another venue is the Chang’an Grand Theater on East Chang’an Avenue they have afternoon and evening performances costing between CNY20 and 180.

Beijing has 144 museums that cater for all tastes and interests. One of the newer museums is located on Fuxingmenwai Dajie on the western end of the main east/west route of Chang’an Avenue.

It is a five storey building and can hold 13 exhibitions at any one time. You will probably want to allow at least half a day to fully view all the exhibits on display.

Here you can experience the deep and broad culture of China through its traditions and long history.

The entry fee is CNY20 and the easiest way to get there is on tourist bus number 1 to the Muxidi stop, it can also be reached on subway line one to the same station.

Beijing Zoo was the first zoo in China and has over 90 year’s experience of taking care of animals. It has a diverse collection of animals with over 450 species of animals within its population of over 5000.

The zoo has 16 different exhibition areas or halls with the Panda House being one of its most popular. Also highly recommended is the Beijing Aquarium and it is regarded as one of China’s top tourist attractions as well as being the world’s largest inland aquarium.

There is also a memorial to Song Jiaoren within the zoo. He was an early leader of the Kuomintang until his assassination in 1913.

To reach the zoo take subway line 4 to Dongwuyuan (Zoo) Station and leave by exit B, it is then just a short walk to the zoo entrance.

The entry fee is a little confusing. It costs CNY15 but if you want entry to the panda house it will cost you CNY19.

If you wish to visit the aquarium it will cost you CNY150 but you will still have to pay the CNY15 entry fee for the zoo.

There are many tourist attractions and things to do in Beijing.

Do check out some of the places mentioned above as you may enjoy some of these visits.

What To Do In Ocean Park: Some Attractions To Check Out Today

6 Things To Do In Harajuku (Takeshita Street)