Somerville is a new indie game by video game studio Jumpship that was released hours ago.

It’s basically a sci-fi game where you play a young man in the hopes of finding his family again.

Here’s a walkthrough of the introduction and chapter 1 of Somerville.

The introduction chapter of the game is basically the part where you see a car moving on the road and eventually parking in front of a house.

A young man with his wife, his kid and his dog enters the house. 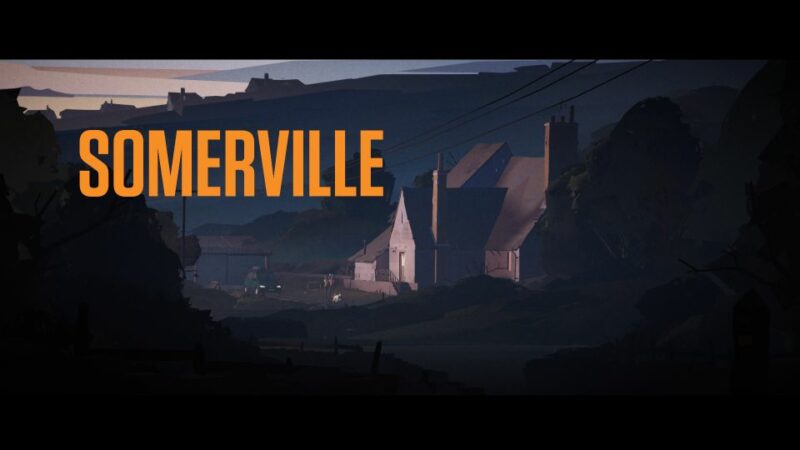 You will start the game with the young boy first.

If you’re playing this on PC with Game Pass or Steam, you will need to use a controller, otherwise you can’t move. If you don’t have a XBox controller, you can use a Playstation controller as well. Personally, I’m using the PS5 controller.

Interact with “A” on the XBox or “Square” on the PS controller. 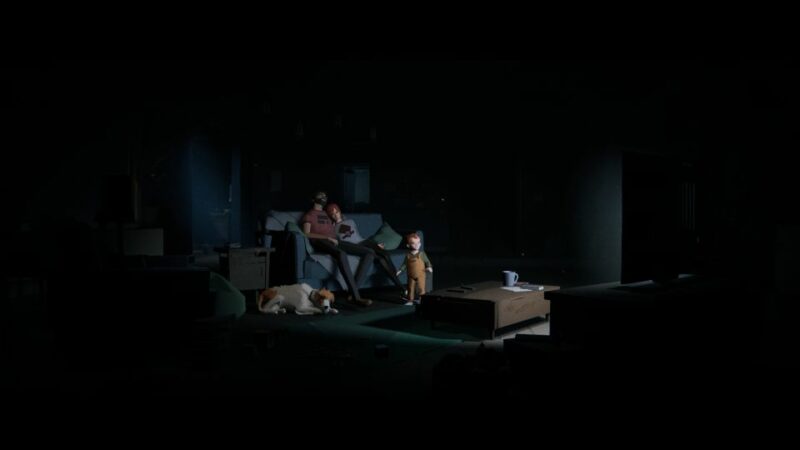 As the boy, move to the left side of the house where the entrance is. Get the toy from the table and walk away to unplug the charger. 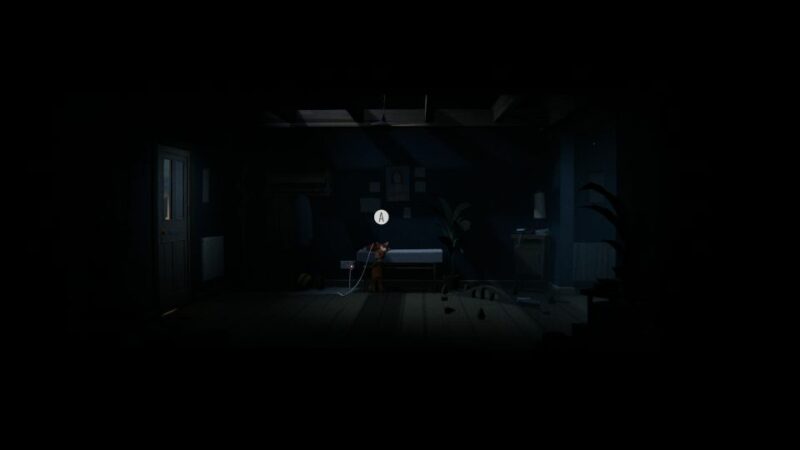 The toy will be lit. Walk back to the living room and head towards the green box. The boy will drop the toy. 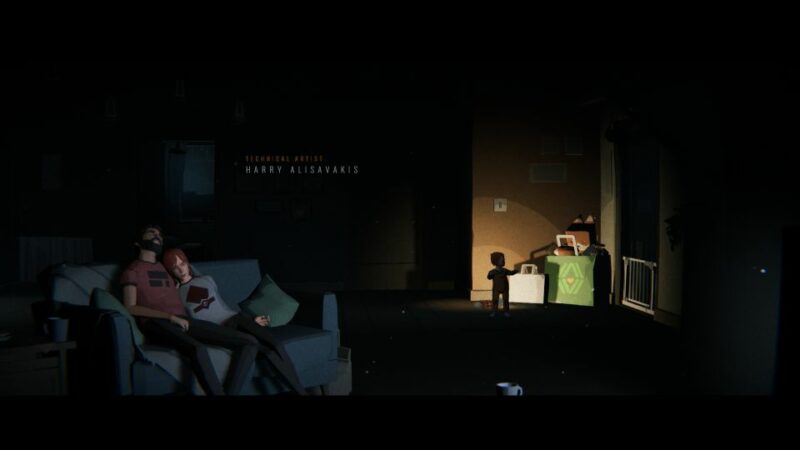 Hold the green bag handle and pull it down. 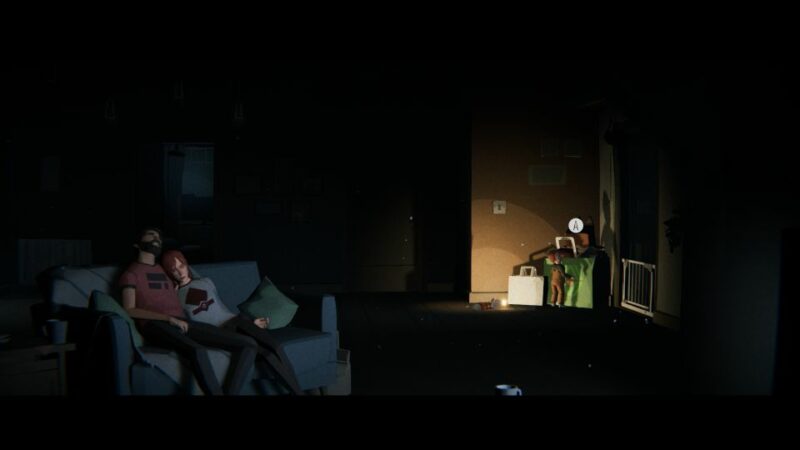 Go over to the room on the right. 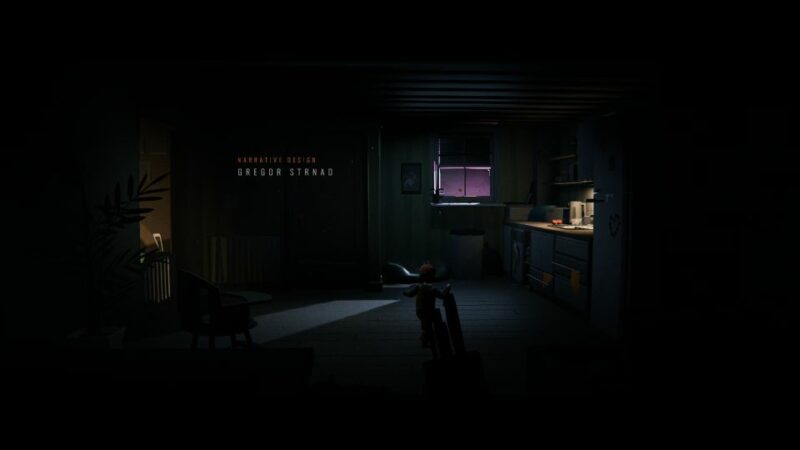 There are two drawers that can be pulled open. Use them as steps to climb on the kitchen table and go towards the window where the purple light is.

You can probably open the window and the boy will sit down. At that point, you have to move until the boy falls into the basket. 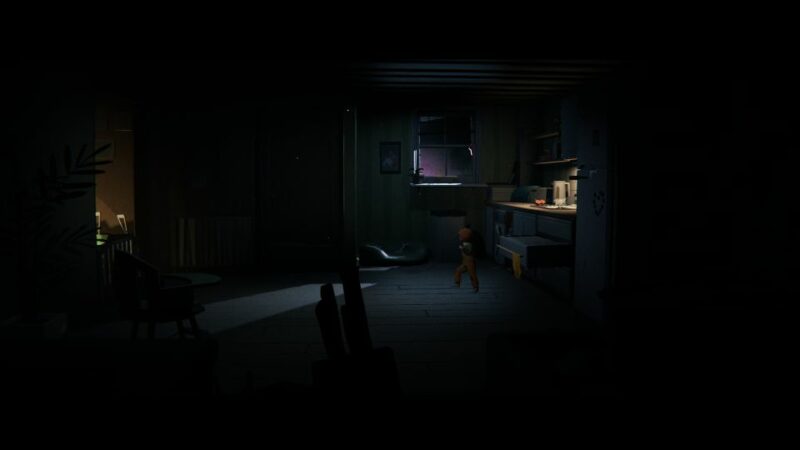 The mother will wake up and grab the boy.

You will now play as the husband. Go to the entrance and go outside. 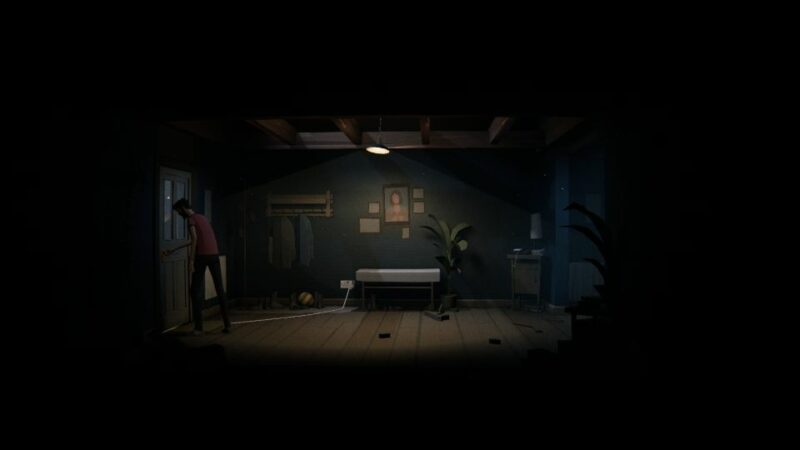 The dog will bark asking you to open the doghouse’s door.

Do it and the dog will grab the food bowl. 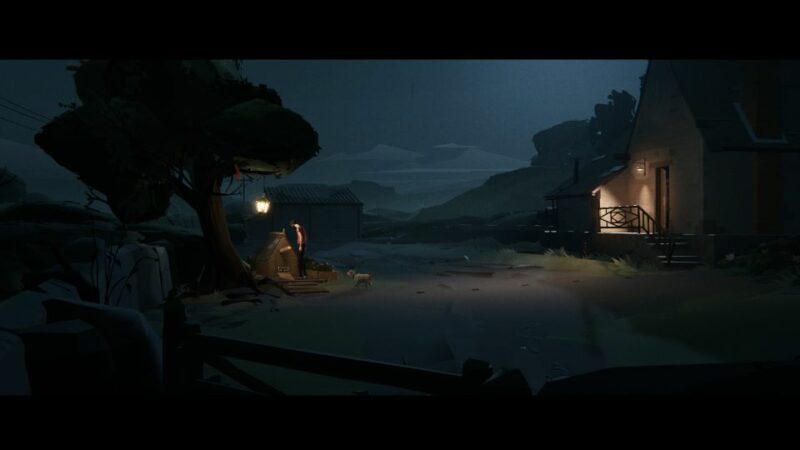 Enter the house and go to the room on the right side. Open the door in the middle. You will reach the basement. Grab the dog food. 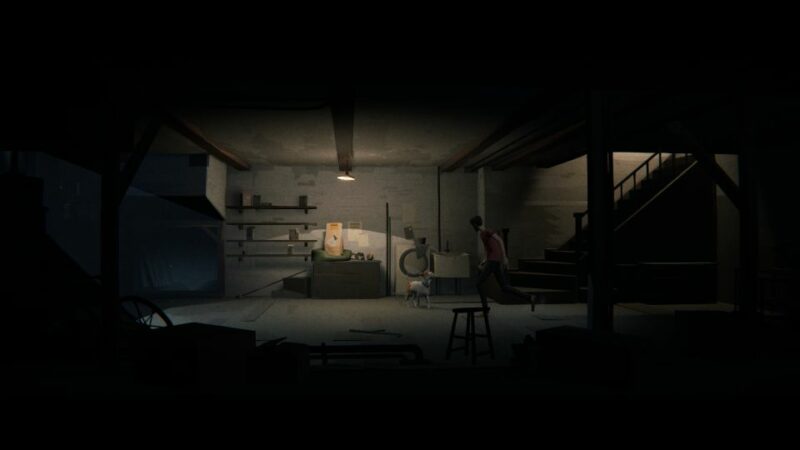 The aliens will attack as soon as you bring the dog food to the kitchen.

Go outside to see what’s going on. 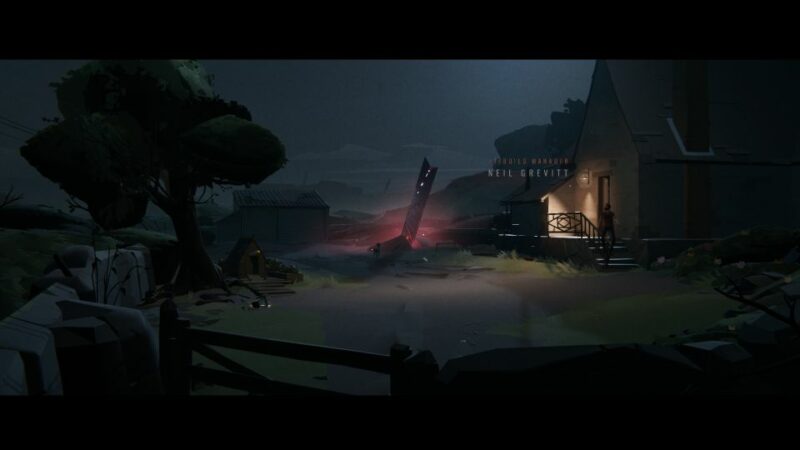 Get back to the kitchen as the wife prepares to leave. Grab the bag on the kitchen table. 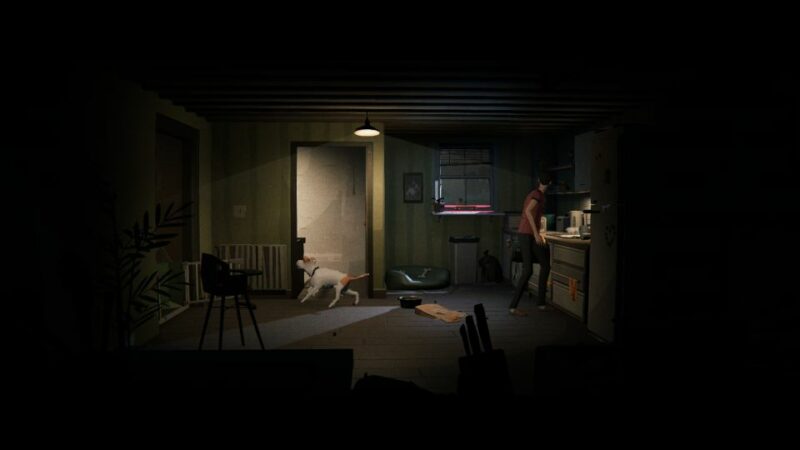 Run out of the house again to head to the car but the alien pod will hit the garage and destroy the car. 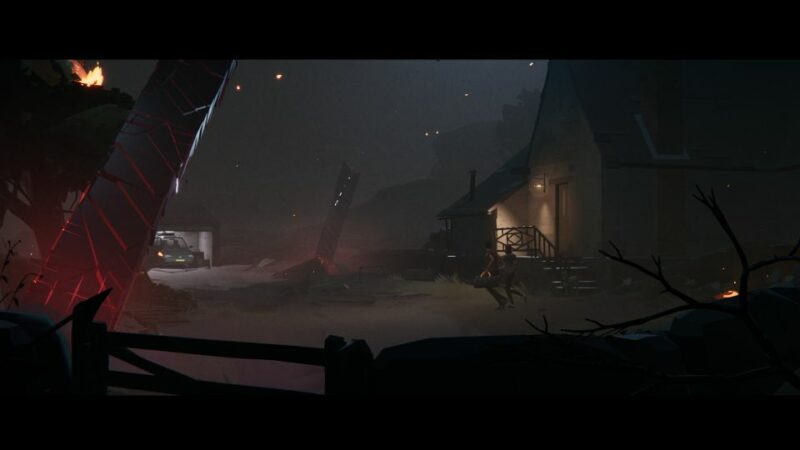 Go back into the house and into the basement. At the end of the chapter, touch the strange man’s hand. 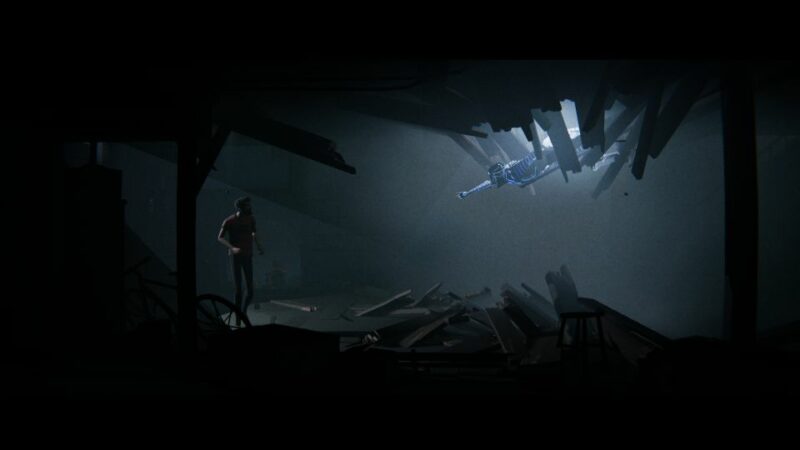