Trails in Tianqiu is a World Quest available in Tianqiu region of Liyue in Genshin Impact.

Your task is to solve the puzzles in Tianqiu Valley and uncover the treasure.

Here’s a walkthrough of Trails in Tianqiu in Genshin Impact. 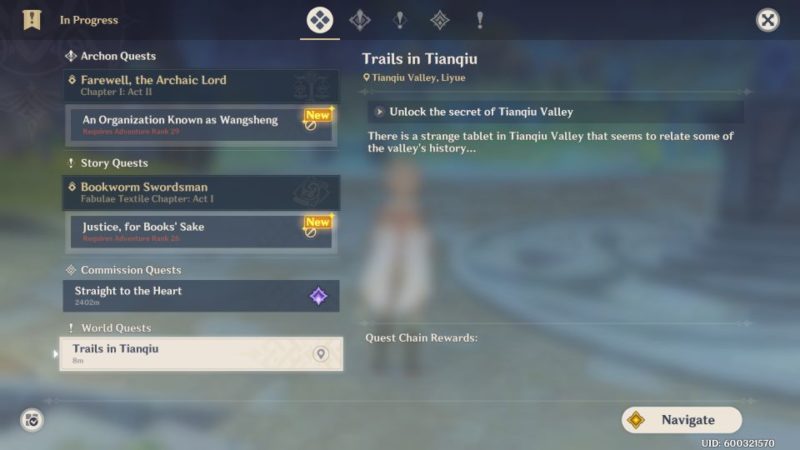 Before you attempt the quest, go to a Statue of The Seven in Liyue to resonate with Geo. You will need a Geo skill for this quest. 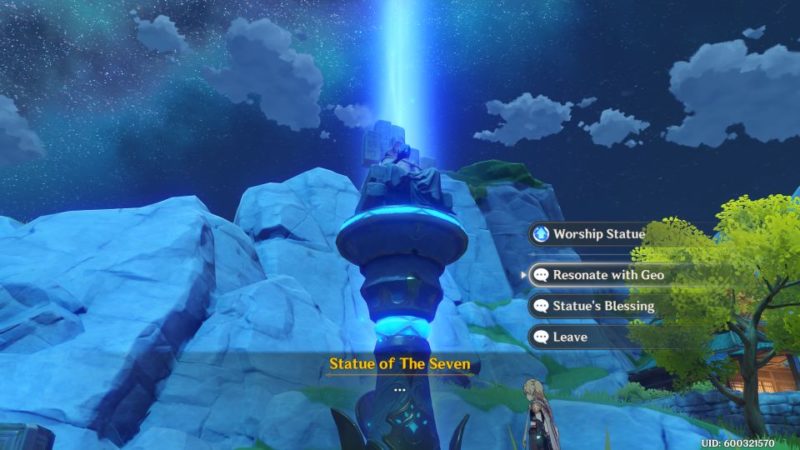 To begin the quest, go to Tianqiu Valley. The location is shown in the map below, marked by the player location. 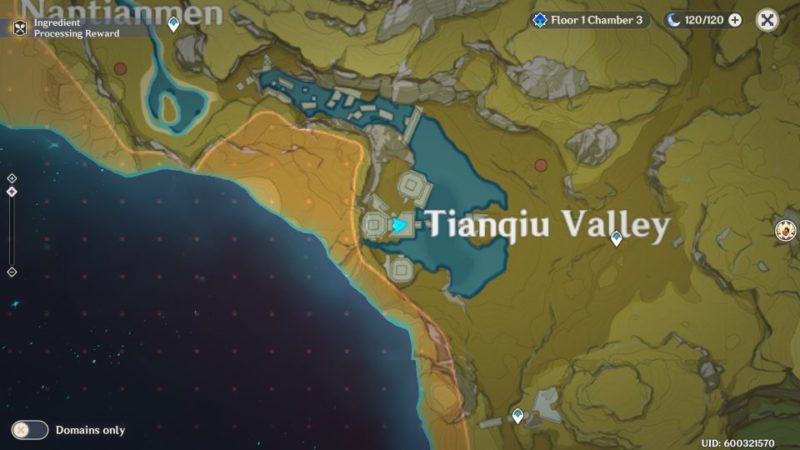 You should see this monument in the middle of the area. 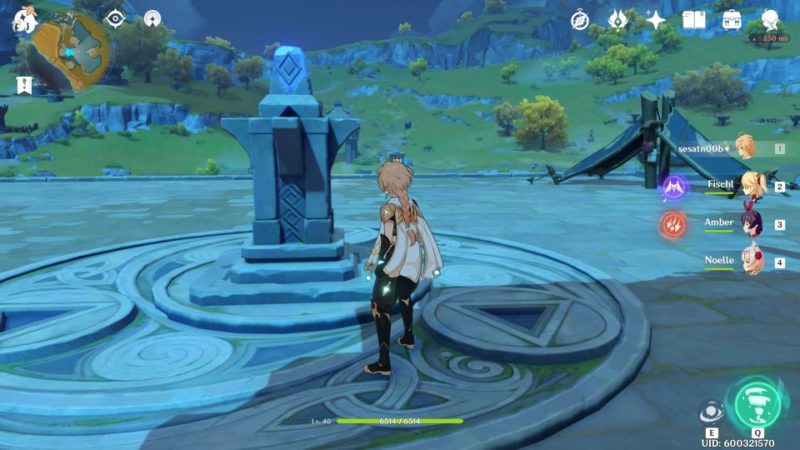 To start the quest, read the stone tablet which is very near the monument. 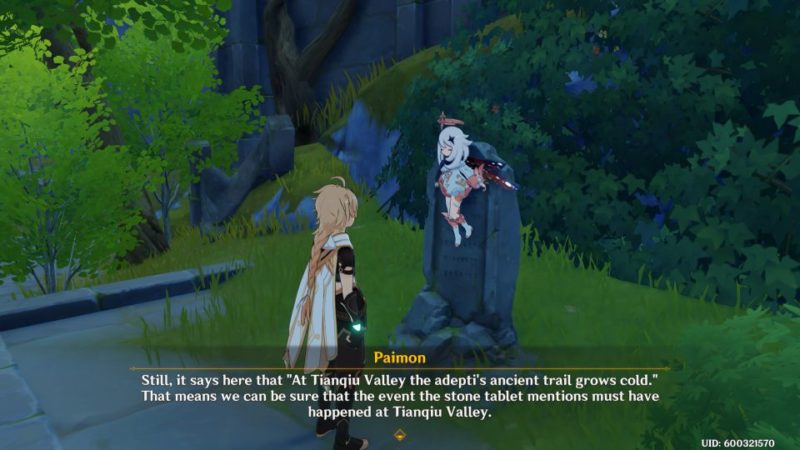 On one side, you will find a room with pyro statues.

You have to light all of the pyro statues as the same time. Try using an ultimate skill that burns the entire area to make it quick. 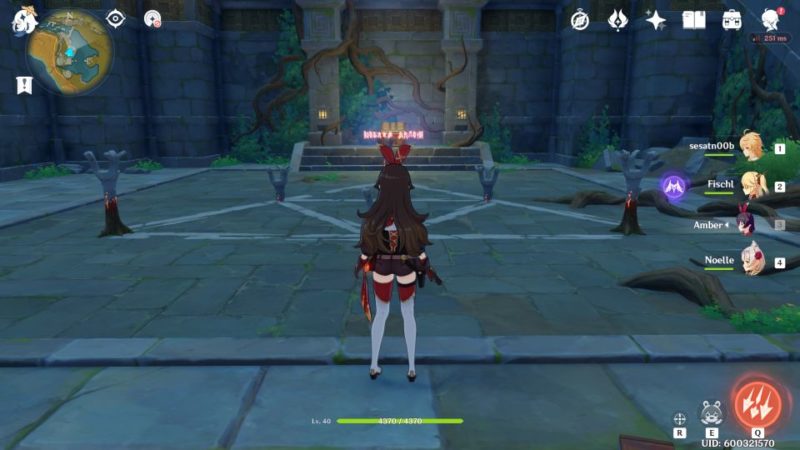 Once it’s done, the chest will be unlocked. 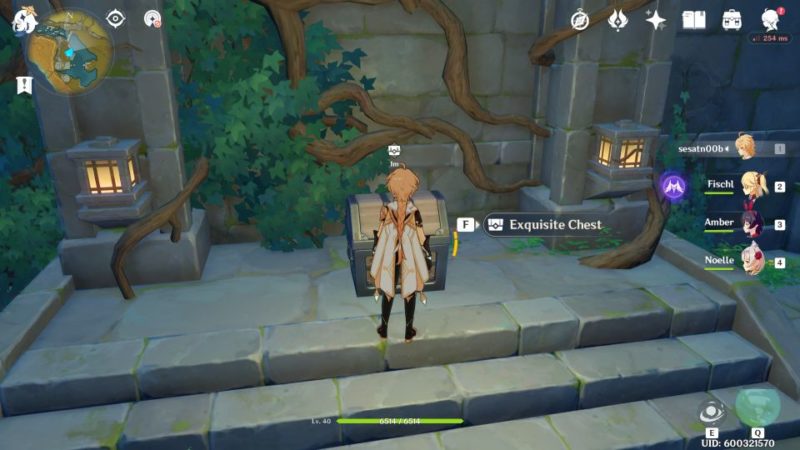 Similarly, go to the next level and unlock the treasure. 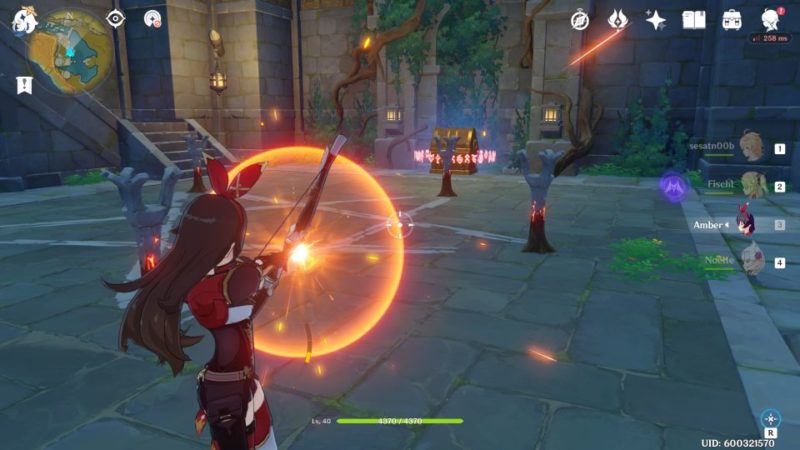 Continue going up and you’ll reach a room with more pyro statues. This time, the pyro statues are located at the top of the walls.

Similarly, keep all of them lit at the same time. Keep trying until you get it. I don’t actually remember the combination which worked.

Once they’re all lit, the treasure chest and the light crystal will be unlocked. 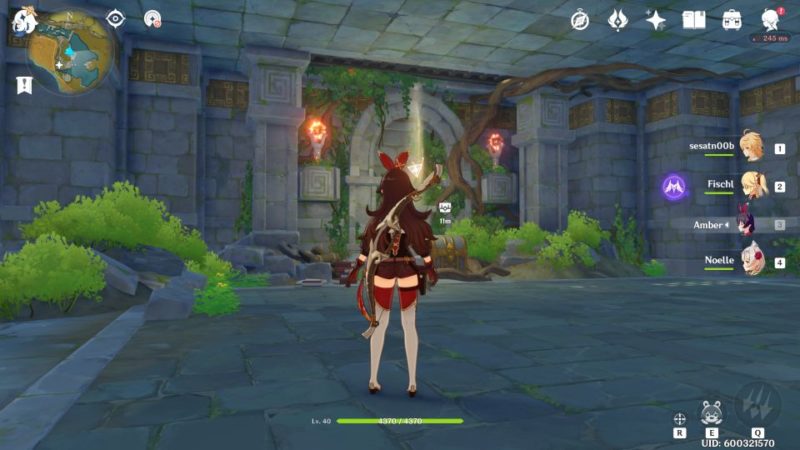 Bring the light crystal back to the center monument to activate 1/3 of the monument. 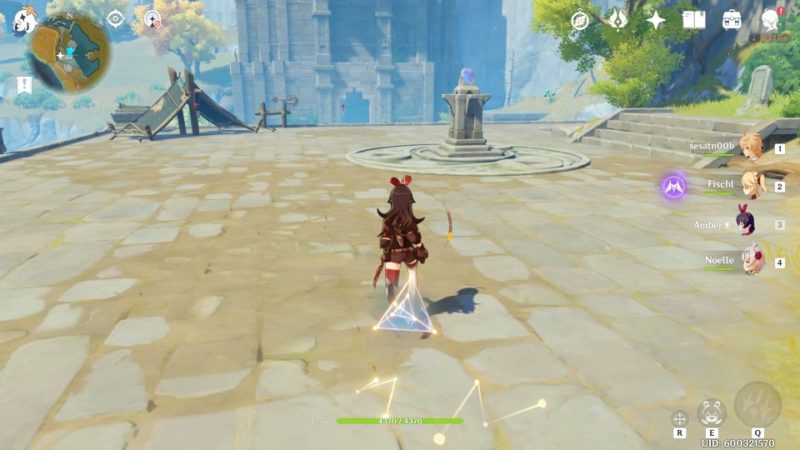 The second puzzle area on the other side is simply combat trials. Start the challenge in the room. 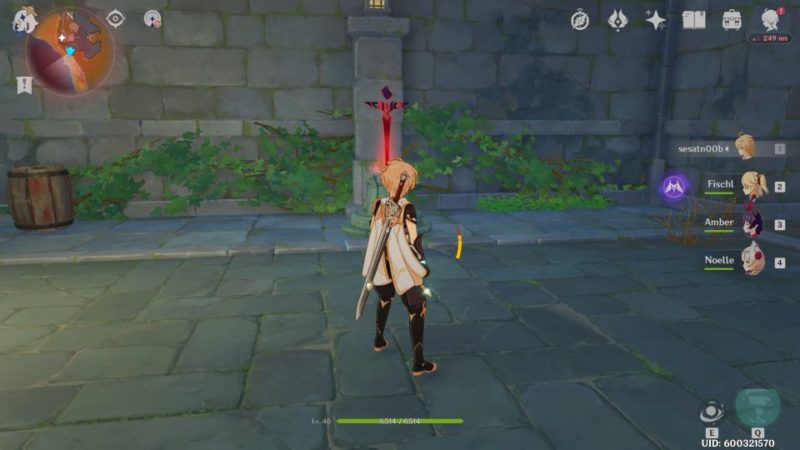 For the ground floor, you have to defeat the enemies in 40 seconds. 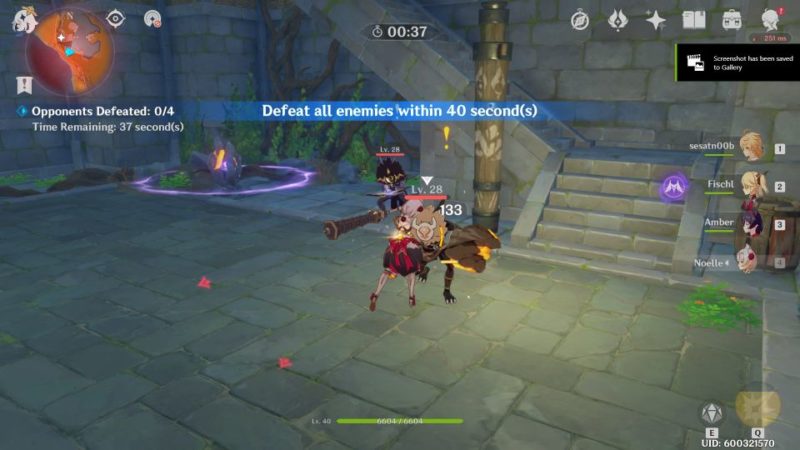 Collect the treasure when you’re done. 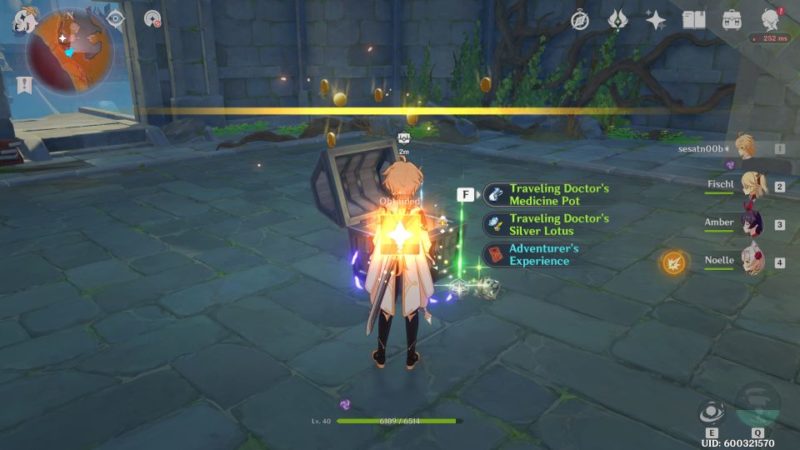 Go upstairs and this time, you have to defeat all the enemies in 60 seconds. 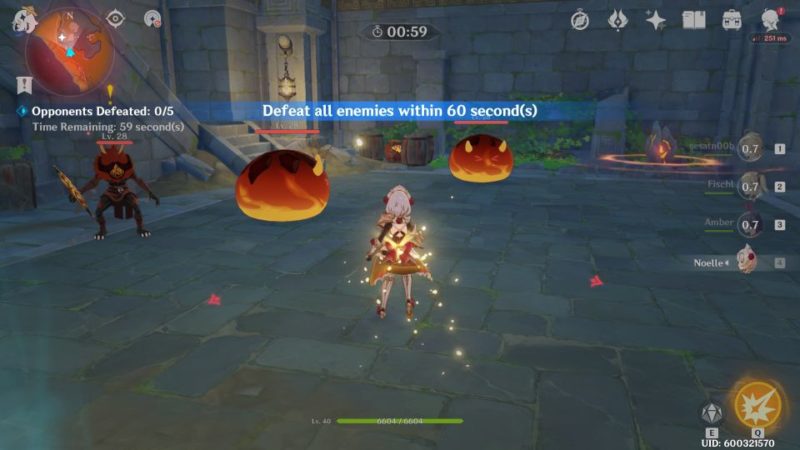 For the highest floor, you also have to defeat them in 60 seconds, but it’s slightly tougher because of the Abyss Mage.

Try to get rid of the Abyss Mage first as he’ll attempt to freeze you. 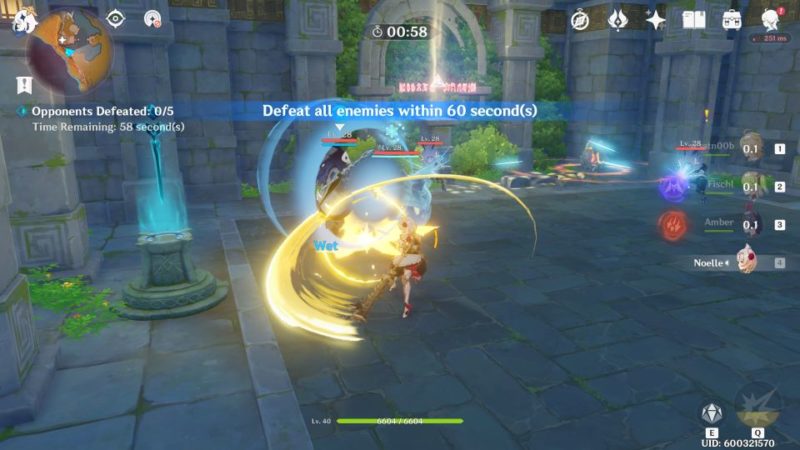 Once you’re done, take the light crystal and bring it to the monument. 2/3 of the monument will be activated. 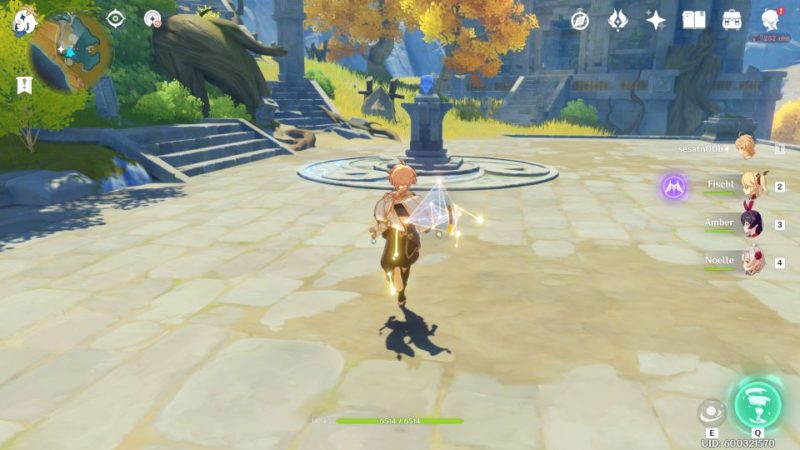 For the puzzle in the middle building, you have to climb all the way up to get the light crystal.

You only have 60 seconds in total. Here’s where the Geo skill comes in handy. 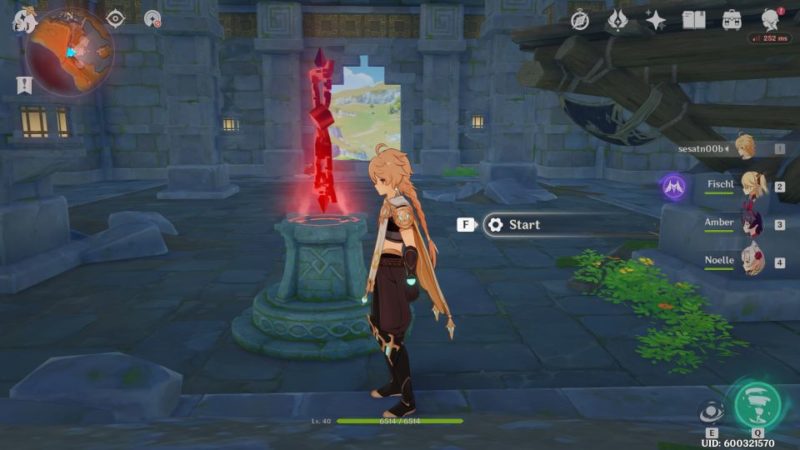 Start the trial and jump onto the lowest platform first.

Summon a Geo rock on the platform. Climb on the rock and then jump onto the ledge just beside you. 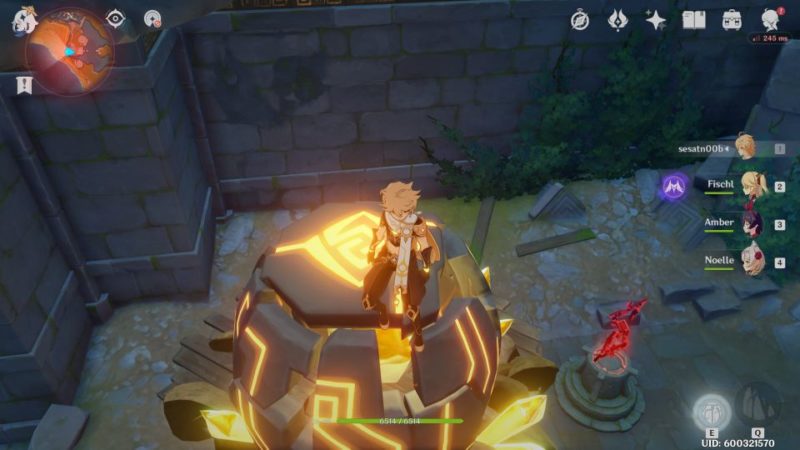 From the ledge, jump and glide onto the second highest platform.

Once again, summon a Geo rock on your current platform and climb on the rock. From the rock, glide to the next platform which is higher. 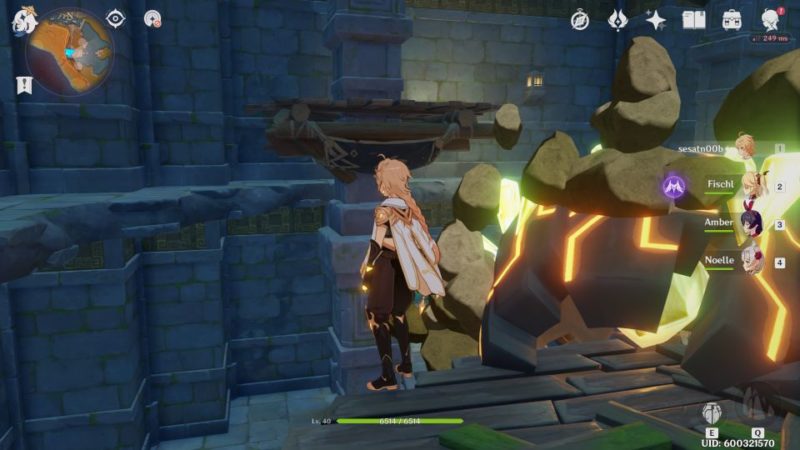 Once you’re on the higher platform, continue climbing all the way up the pillar. From the top of the pillar, you should be able to jump backwards, glide and climb onto the ledge behind you. 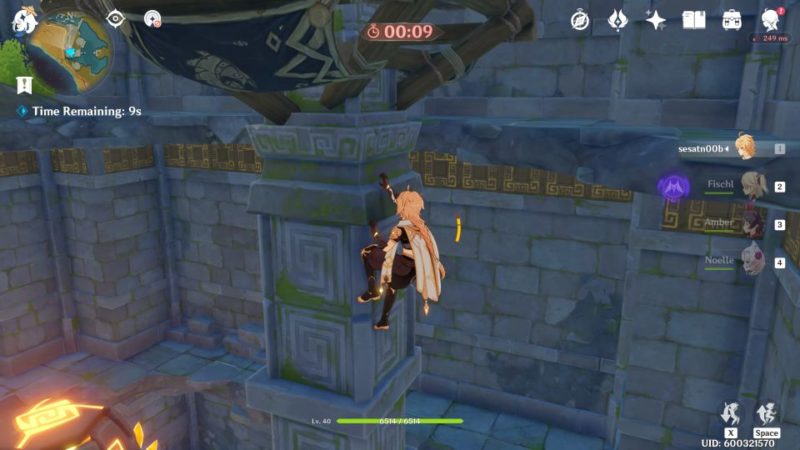 From the top ledge, you can reach the light crystal. 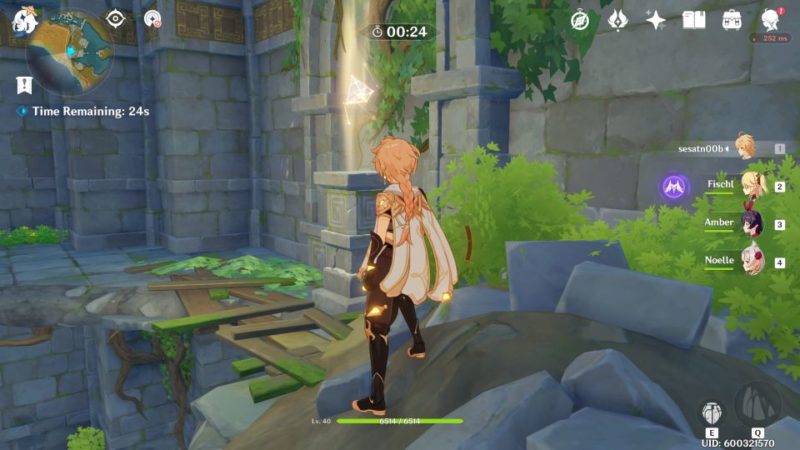 Bring the light crystal back to the monument in the center.

After activating the monument using three light crystals, some Treasure Hoarders will spawn. 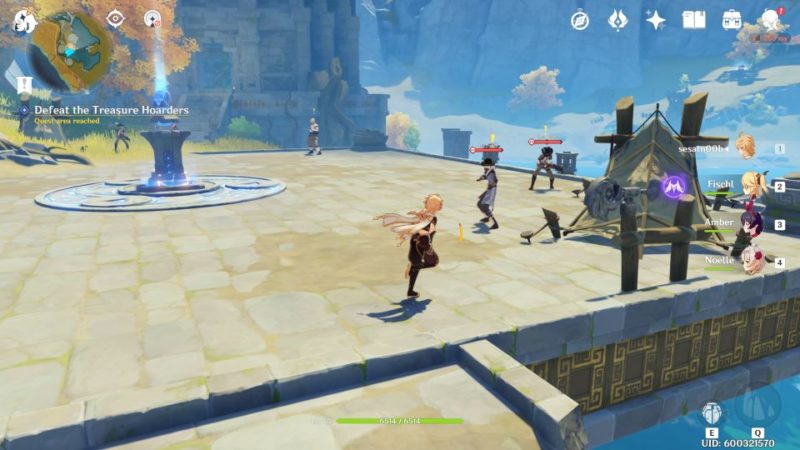 Three Luxurious Chests will fall from the sky after the Hoarders are eliminated. 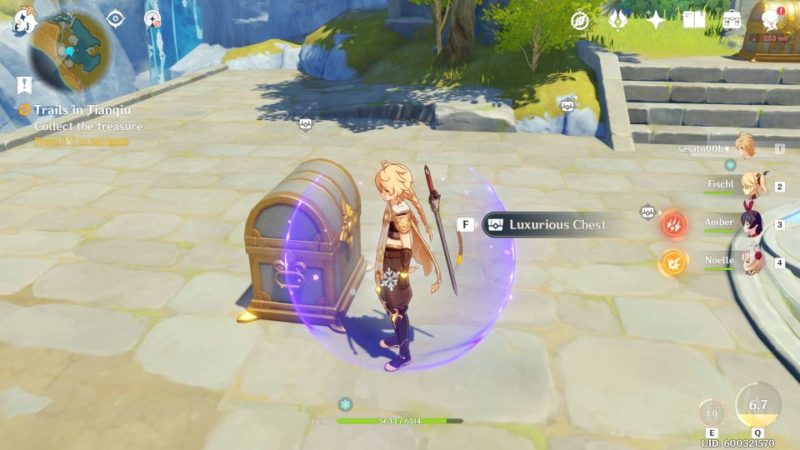 Genshin Impact: ‘And This Treasure Goes To’ Walkthrough