Lingju Pass is an area found in Liyue in Genshin Impact.

If you’ve stumbled upon this area, you’ll notice all kinds of puzzles that will give you treasure chests. 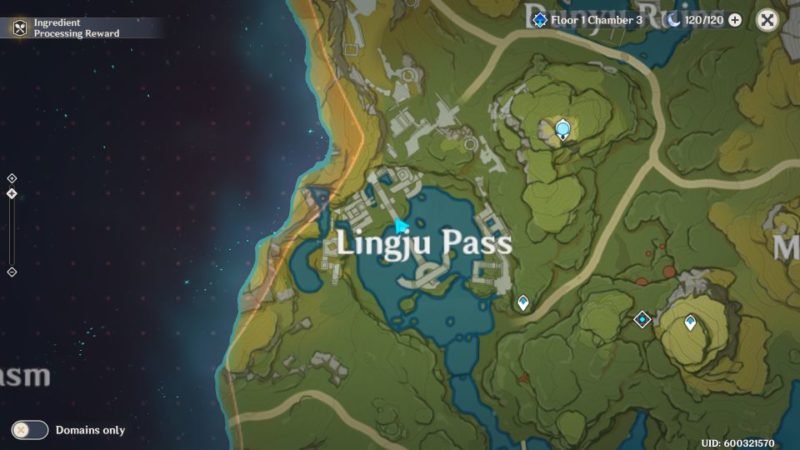 How to solve the Geo statue puzzle

The Geo statue near the tree is quite direct.

You should see many of those small red plants that react to attacks / movement. If you go near them or attack them, they will come up and explode.

You just have to get all of them to explode first, and then the Geo statue is unlocked.

Use a Geo character like Noelle to activate the statue / monument by using a Geo skill. Even a Geo barrier skill works. 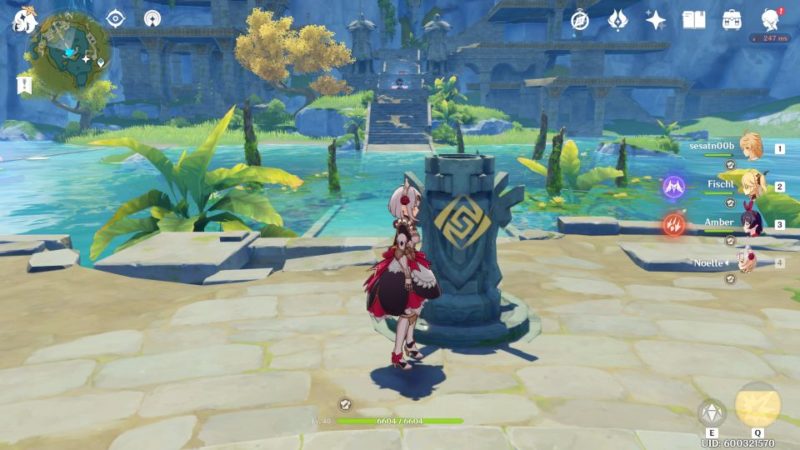 The next Geo statue is across the lake. Activate the statue using a Geo skill. 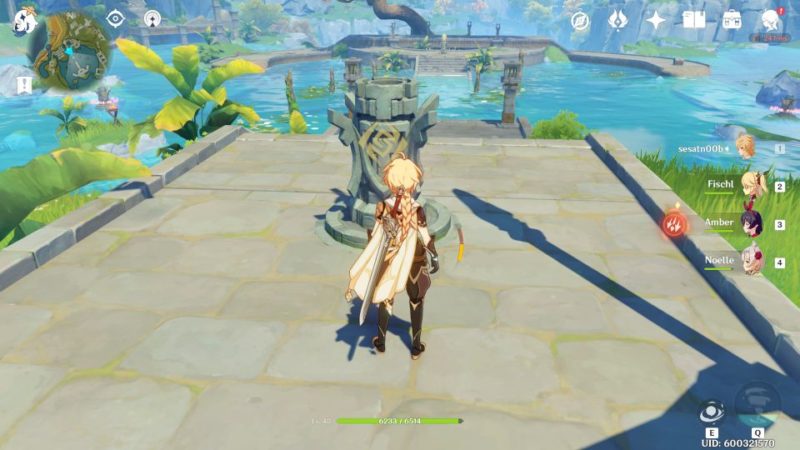 You will find another two statues at the sides, on the water.

One of them has a green fan near it. Just use your main character’s wind skill to move the fan and unlock the statue. 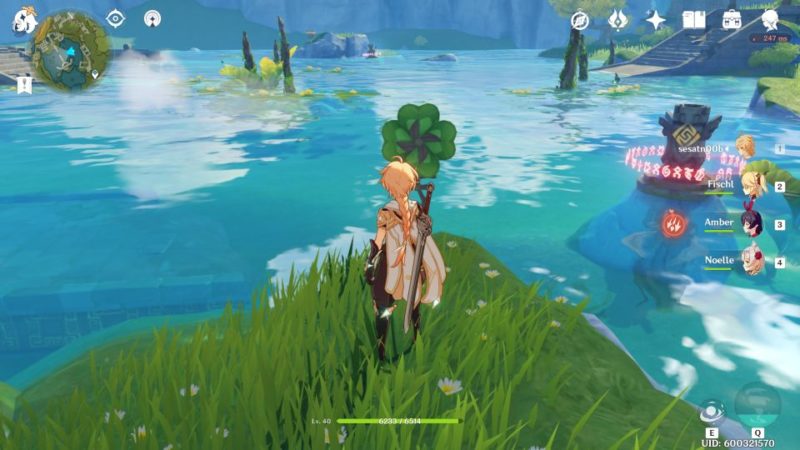 On the other side, you will see two seals you can stand on.

If you’re playing solo, use Amber and throw her puppet on one of the seals. Then, head to the other seal and stand on it.

The Geo statue will be unlocked and you have to activate it. 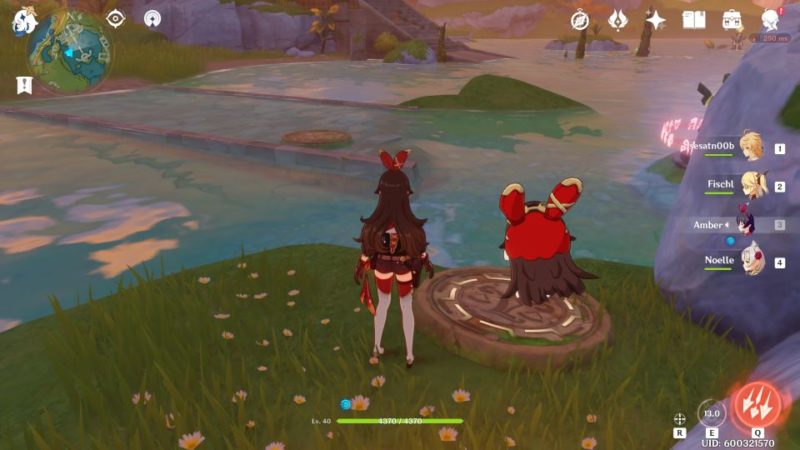 After four of the statues are activated, a wind current will appear.

Use the wind current to reach the upper platform. 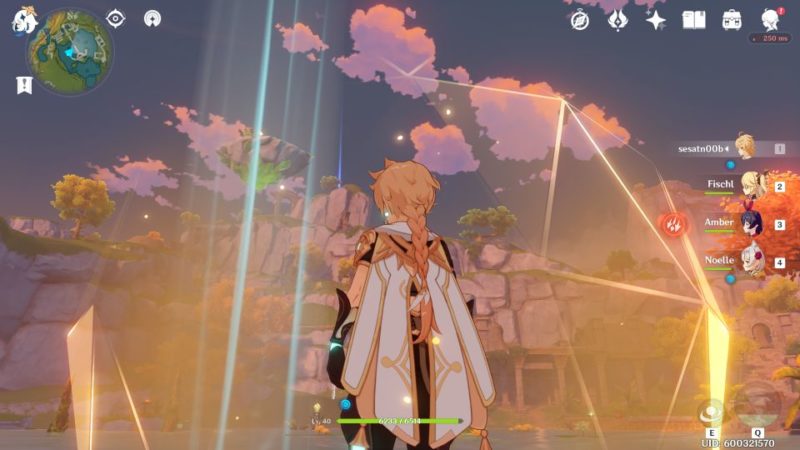 At the top, use a Geo skill again to activate the fifth statue. 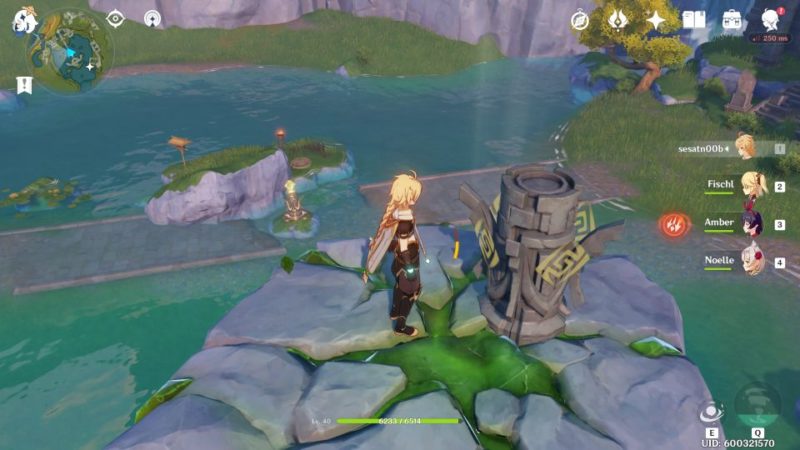 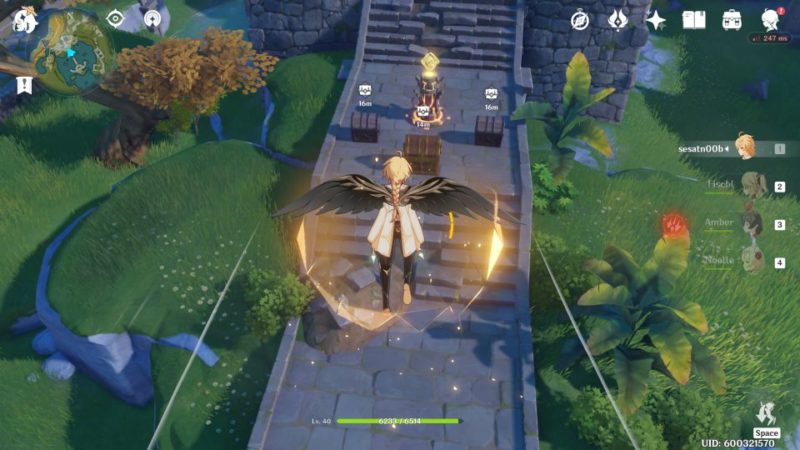