Forest of Secrets 2 (aka Stranger 2) is finally back on TVN and Netflix, and it’s already achieved good ratings in South Korea.

The show is back with Prosecutor Hwang Shi-mok and police inspector Han Yeo-jin as the lead actors again.

Here’s a recap of episode 1 of Forest of Secrets 2 / Stranger 2.

Forest of Secrets 2 begins the show with the date March 2019, with Shi-mok driving in the fog. He drives along the beach at Tongyeong with limited visibility due to the fog while listening to the radio.

He stops the car and speaks to his assistant as he’s supposed to attend a party meant for him. Shi-mok asks for the Marine Environment Management Corp’s number (KOEM) to report that the restriction line / rope barrier at the beach has been damaged. The restriction line is to prevent people from going to the beach as the fog makes it dangerous.

His assistant asks him to come to the party that was meant for his farewell from the branch. 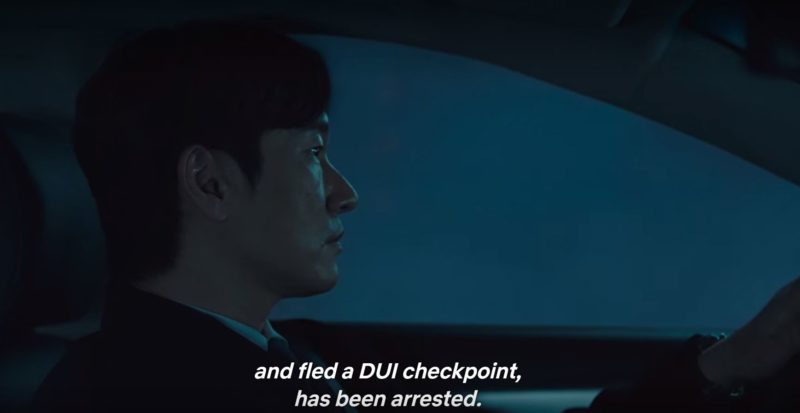 As he arrives outside the office, he sees some ambulances heading towards the beach. He then decides to go back to the beach.

At the beach, a crowd has already gathered as two students drowned in the sea. 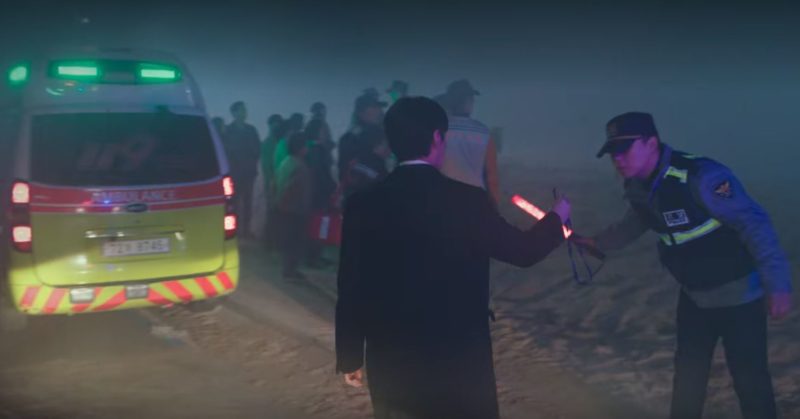 One of the three students however survived and is shivering from the incident. He does his usual observation and tries to reenact the scene in his mind.

Shi-mok remembers that his car probably passed by around the time of the incident but he couldn’t see anyone due to the fog.

He then gets a call from his assistant saying his boss is angry because he did not show up for the party. 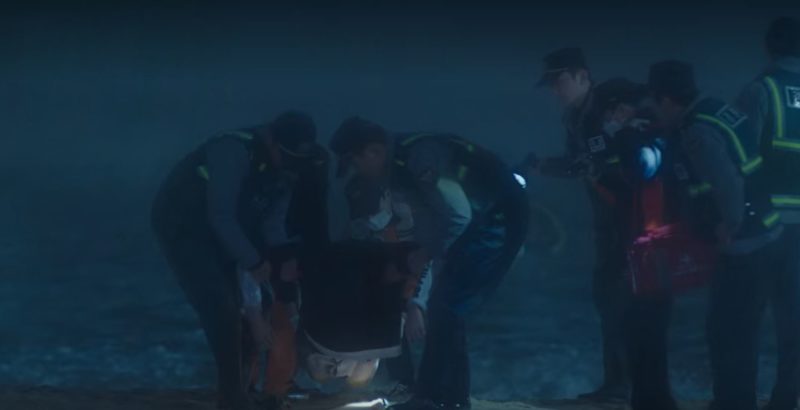 In the next scene, we get introduced to Han Yeo-jin for the first time in season 2, but this time, she has long hair instead. 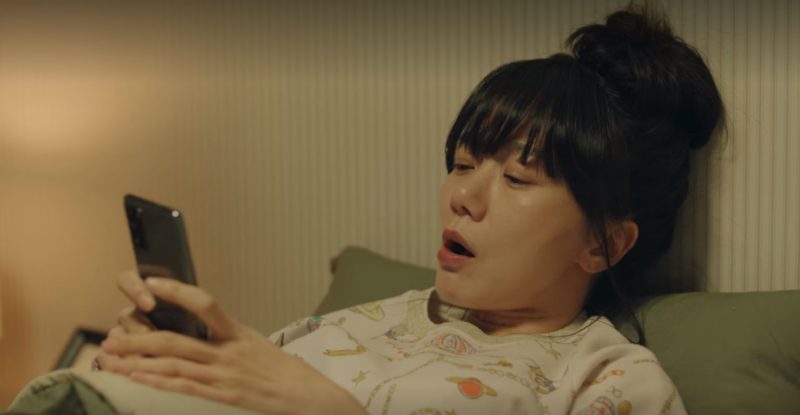 She’s busy looking at the Instagram posts of the account ‘dragontiger_973’ whom she follows, and notices that the guy posted pictures of him and his girlfriend at Tongyeong beach. However, the posts were deleted not long after. 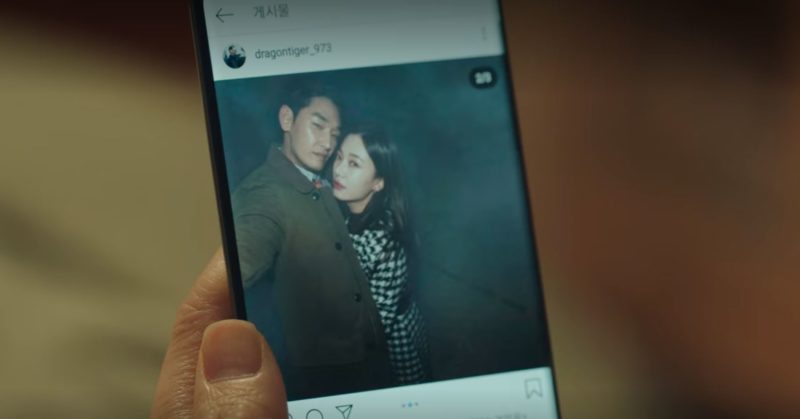 On the news, there’s also a report of a wrongdoing by a Mr. Kim from the National Police Agency, but she doesn’t who it is. 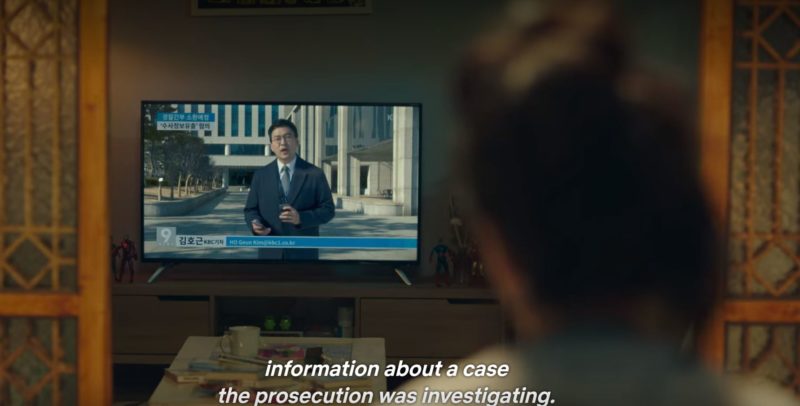 The next day, Yeo-jin goes to work at the National Police Agency as she had been promoted to senior inspector.

At the office, she now has new colleagues and is under Chief Choi. She also hears news of two tourists drowning at the beach and starts remembering the Instagram post she saw earlier.

After hearing the news about the beach, she starts having doubts and revisits the Instagram account that she follows. 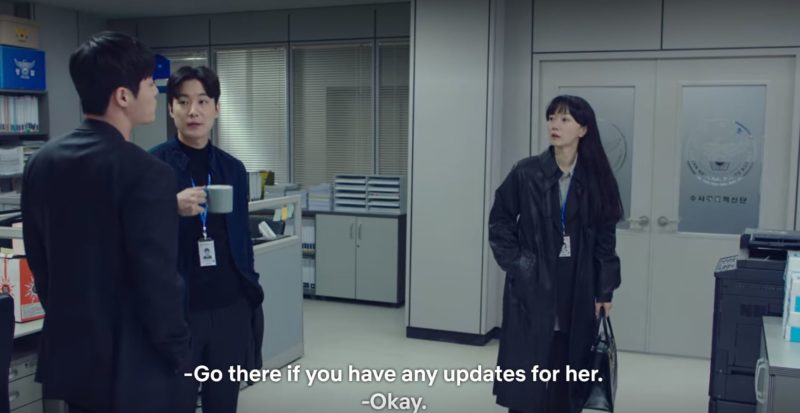 Back to Shi-mok, he gets scolded by his boss for not attending the party as his assistant eavesdrops on them. 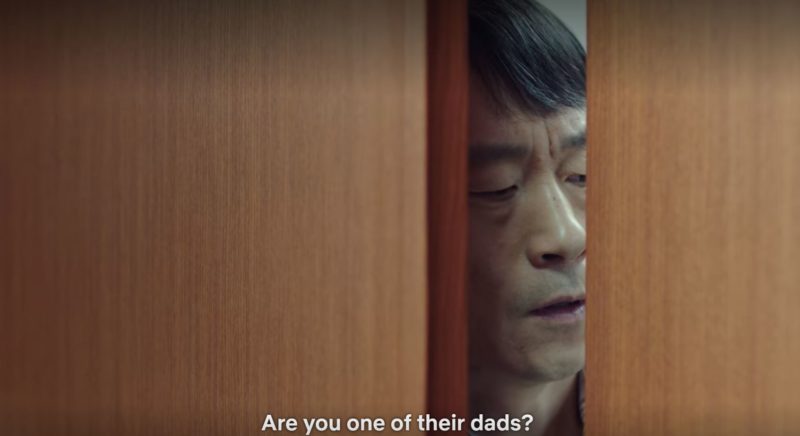 Shi-mok then gets a call from Yeo-jin after a long time, and she asks him about the drowning case. 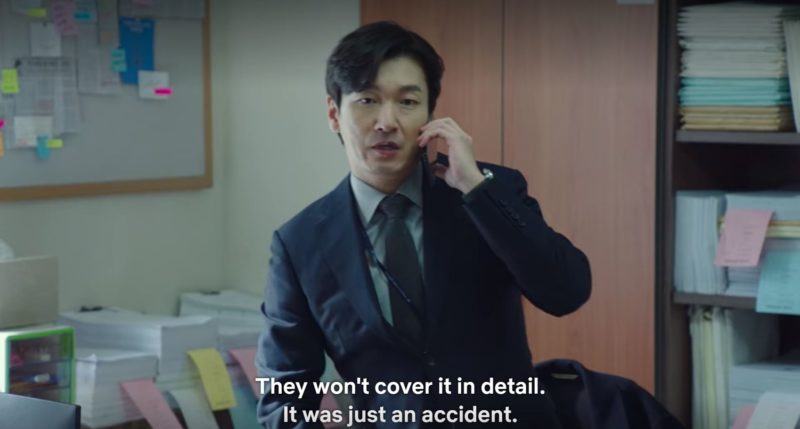 He then explains to her what reportedly happened to the three students. Yeo-jin then tells Shi-mok about the Instagram post. The question now is whether the couple in Instagram cut the restriction lines or the students did it first. 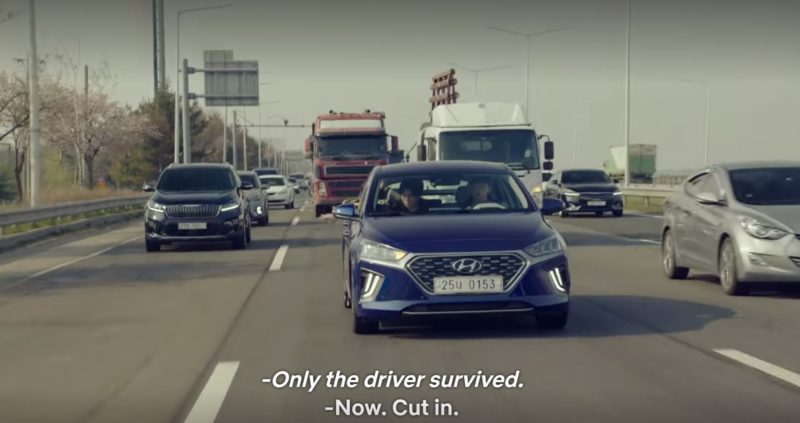 Yeo-jin then messages the Instagram account owner saying she has some retro items to sell, as she tries to meet him, but failed.

She contacts Mr. Jang Gun from her previous office to help her on the issue. 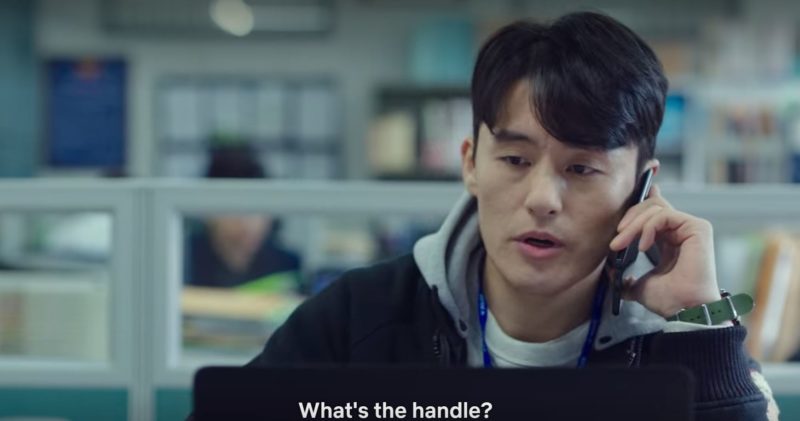 Together, they started investigating the couple’s photos on Instagram to find out more, and managed to get details on his car plate and gym membership. 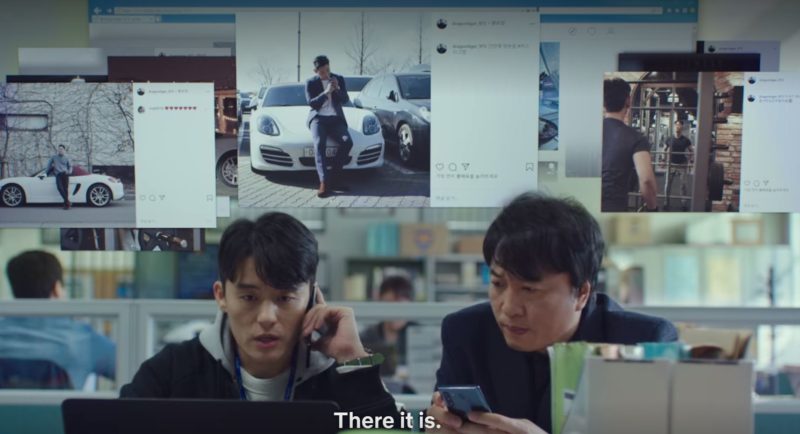 Yeo-jin and Jang then headed to the exclusive gym. Jang tried to get in but was rejected by the staff. Yeo-jin then flashes her new badge from headquarters (Special Investigative Bureau) to scare the staff and managed to get the address of the suspected man.

In the next scene, Hwang Shi-mok returns to the beach and sees a staff reinstalling the restriction lines. He starts investigating how the rope was pulled down and concluded that it was probably burnt from a lighter. 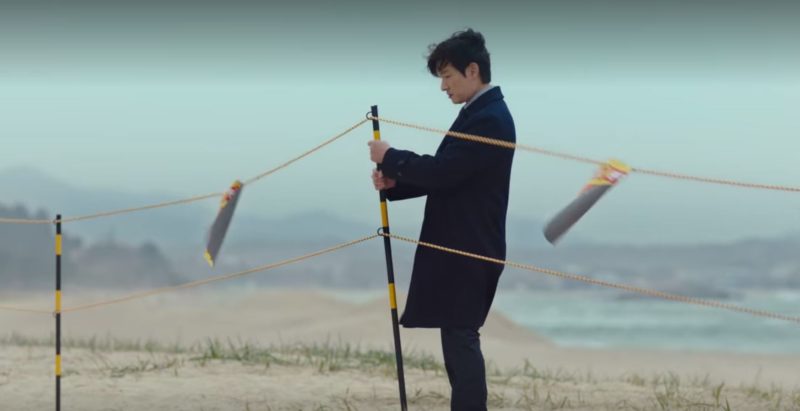 Jang and Yeo-jin goes to the guy’s house but he was not in at first. Not long after, he arrived in a Porsche and was spotted by Jang and Yeo-jin. They managed to bring him to the criminal branch office to interrogate him further. 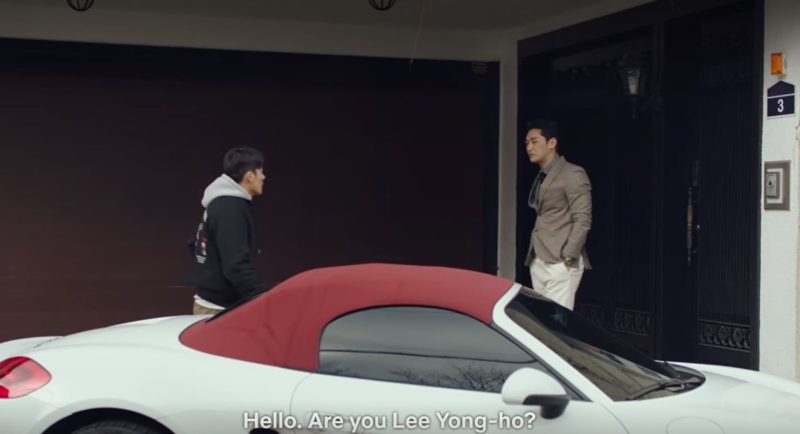 At the office, he (Yong-ho) denies the allegation that he cut the restriction line / rope. Jang gets a message and now says that the rope was burned by a lighter. Yong-ho who seems startled then calls for his lawyer. 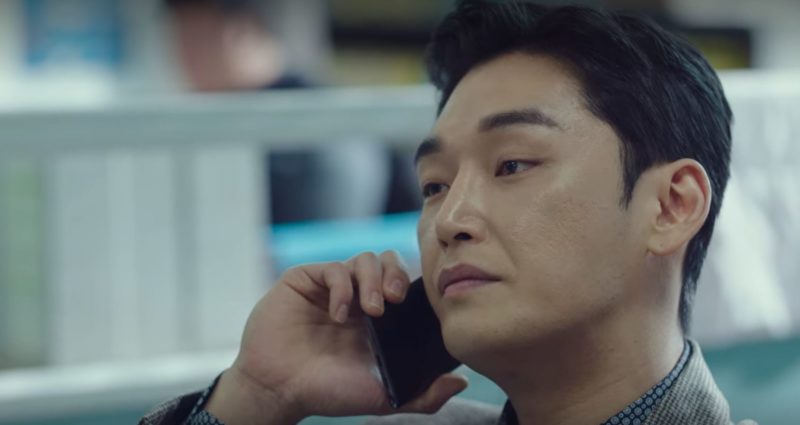 Back at the National Police Agency, Yeo-jin reports to Chief Choi at her room, together with two other colleagues. She apologizes for being late as she was busy with the suspect earlier. Together, they discuss how to improve the police’s image by attacking the prosecution’s image. Yeo-jin suggested to release articles that show the good-side of the police instead of negatively attacking the prosecution, but was dismissed. 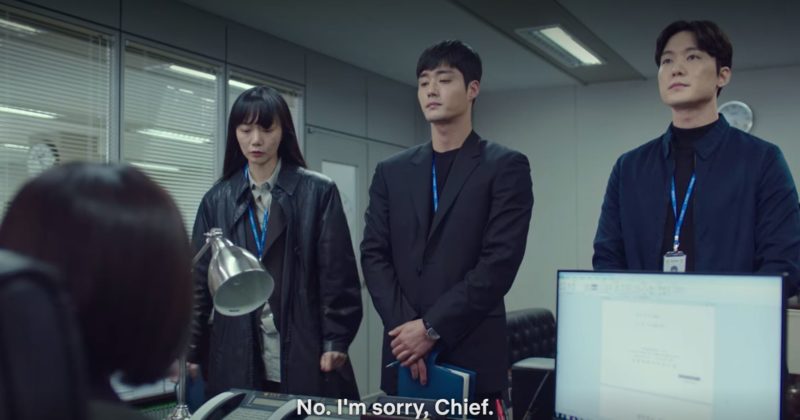 She later calls Jang and was told that the suspect Yong-ho already left because the lawyer helped him. The lawyer used to be a judge as well, which means he has more experience in legal matters. 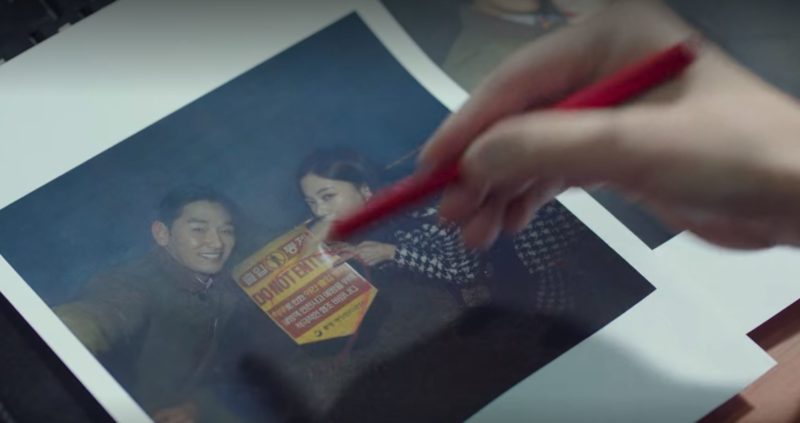 Shi-mok who is supposed to be leaving the branch office for Wonju is still occupied with the case. He starts circling on the couple’s photos and sent them to the relevant office, together with some things to check on.

The student then confirmed that he didn’t see anyone and left immediately, and the conversation was recorded on the lawyer’s phone. 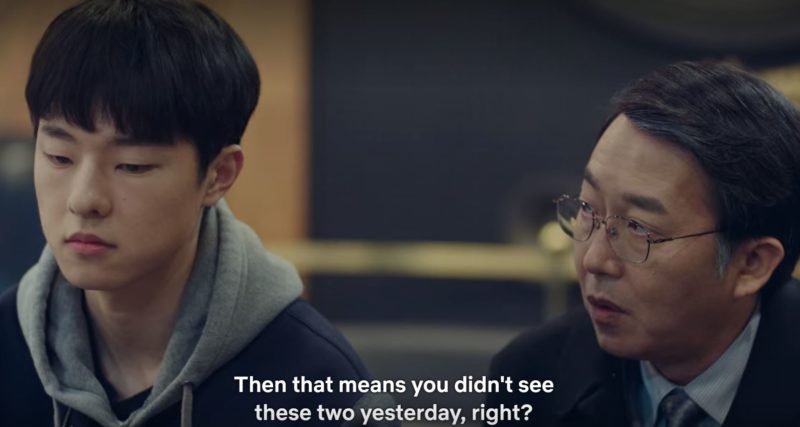 At the National Police Agency, Chief Choi meets up with Director Shin Jae-yong. He says that the prosecution wants to summon the Intelligence Bureau Director. Choi then asks him whether the Criminal Investigation Bureau can arrest the director instead, adding another charge, and later getting an innocent verdict. 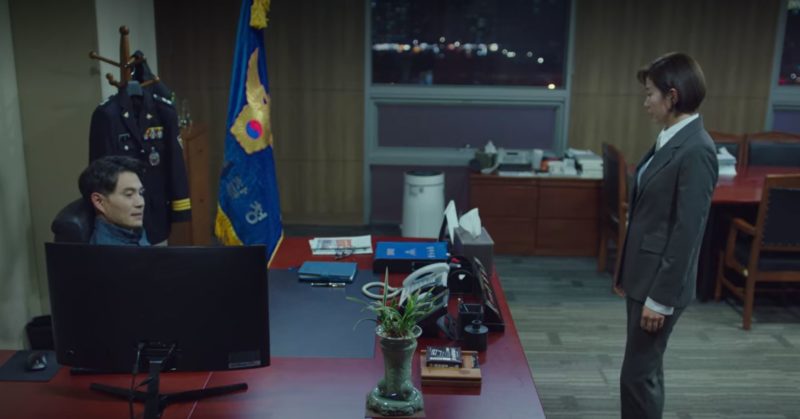 At Shi-mok’s house, he gets a call saying the drowning case at the beach is already closed, despite him sending some clues for investigation. 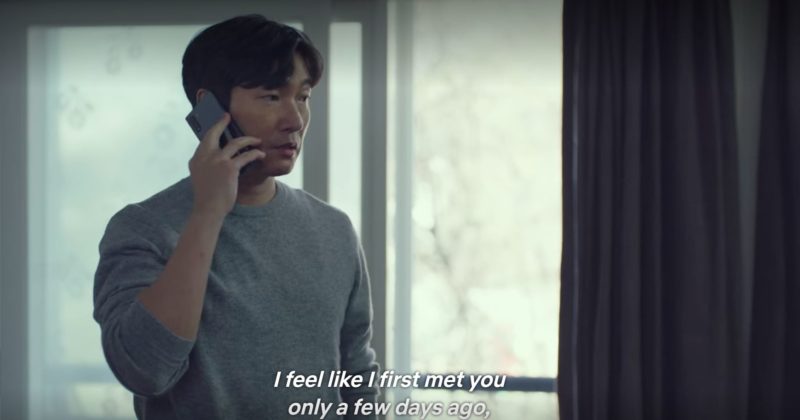 At the prosecutor’s office, he checked the computer to see who actually closed the file, and it was apparently signed by Chief Prosecutor Kang Won-Chul as well. The episode ends with Shi-mok having doubts; probably as to why the case was hastily closed. 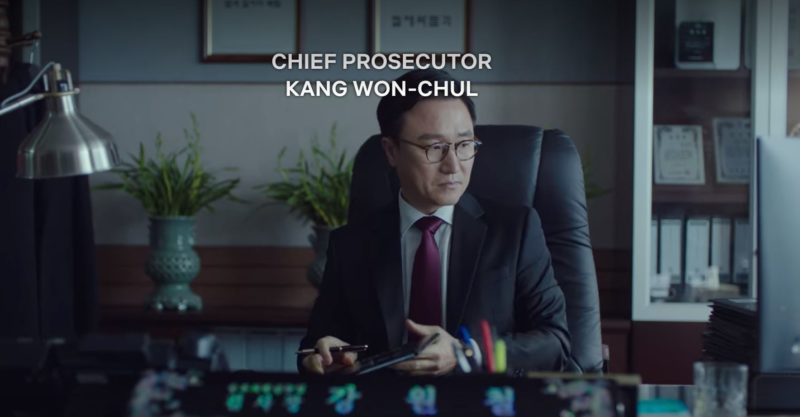 ‘Was It Love?’ Episode 12 Recap – Ha-nee Learns The Truth

It’s Okay To Not Be Okay: Ep 16 Ending Recap