Chapter 2 of Final Fantasy 7’s Remake is titled Fateful Encounters and it begins right after the demo / Chapter 1 of the game.

Use The Escape Route 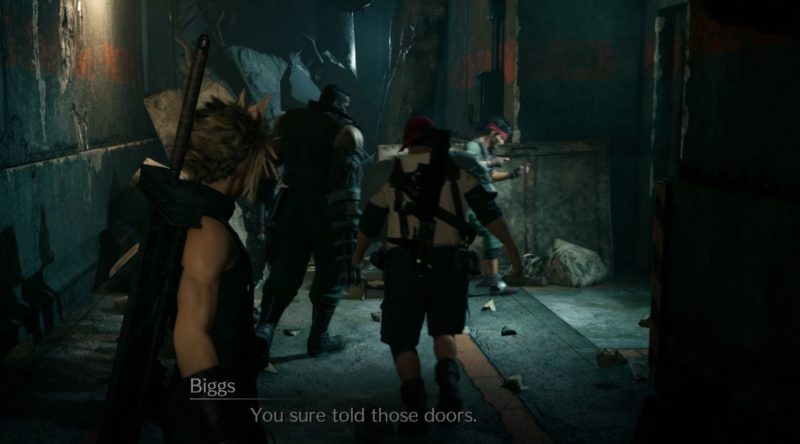 This part begins right after you’ve escaped Mako Reactor 1 in the demo / Chapter 1 of FF7 Remake.

You’ll need to escape with the Avalanche crew – Barret, Biggs, Wedge and Jessie. Just follow them at first. 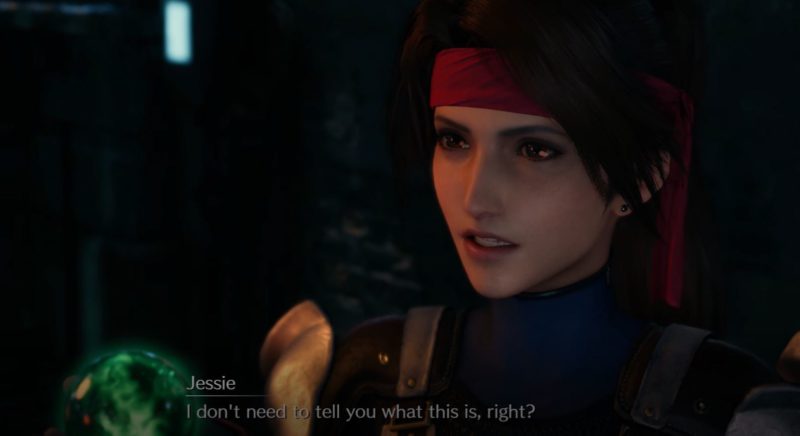 At one point, Jessie will hand over a healing materia to you in a cutscene. You can start equipping it on your Buster Sword.

Your next aim is to reach Sector 8 Station.

As the place is blocked, there isn’t anywhere else to go to but to use the stairs to climb up. You will notice Jessie calling out to you.

Continue following the way until the path gets blocked by the falling bridge. Follow the other direction instead.

You’ll then come across a burning building in a cutscene. Cloud will then notice what seems to be Sephiroth or the illusion of Sephiroth.

Just follow Sephiroth into the alley. You’ll have to slowly walk at this point.

After the cutscene with Sephiroth, exit the alley using the passage right in front of you.

As you’ll reach a dead end, look for an alley on the left that leads you to stairs. Climb up the stairs.

Just follow the rooftop path until you reach a ladder that goes downwards. You will now be in Loveless Street.

You will then encounter Aerith being disturbed by some invisible forces.

After the cutscene with Aerith, you’ll have to deal with the Shinra Security Officers. 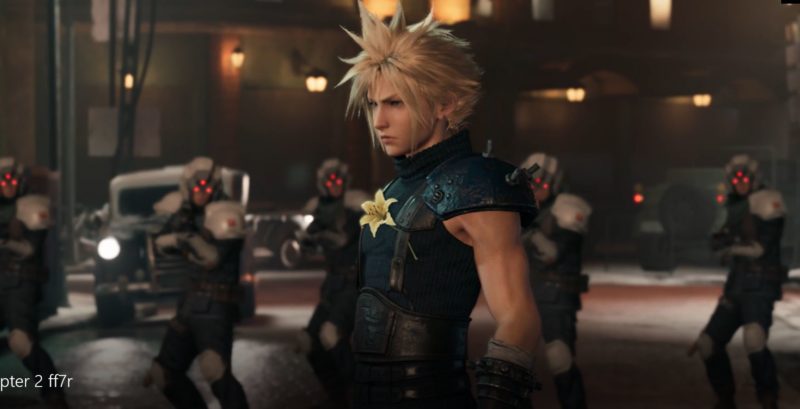 After defeating the enemies, Cloud will look for another way to the top. You should see a ladder towards your left. Climb up and go through the rooftop once again. Keep going until you’re left with a ladder going downwards.

At this point, just follow the map and take on the Security Officers along the way.

You’ll finally be blocked by some vehicles / reinforcements. Take them all out.

After defeating the first wave, another group will appear.

This time, they will be led by The Huntsman, an elite officer. After defeating them, Cloud will escape through the train passing by.

After successfully jumping onto the train and meeting the Avalanche members again, continue following them.

Just walk with them through the freight cars. Talk to the members as they stop. Continue towards the end and speak to Jessie.

Next, look for Barret on the next freight. You’ll see him arguing with Shinra workers. Then, head back to Jessie to speak to her. This chapter ends after the cutscene.

Chapter 3 will begin when you reach the slums.

How To Get Materia At Collapsed Passageway – FF7 Remake