In the Eternal Fire’s Shadow is a new quest that was just introduced in The Witcher 3.

This quest came with the next-gen update for the game and was inspired by the Netflix series.

Here’s a walkthrough & guide of In The Eternal Fire’s Shadow in The Witcher 3.

This quest is suggested for level 15 and above. 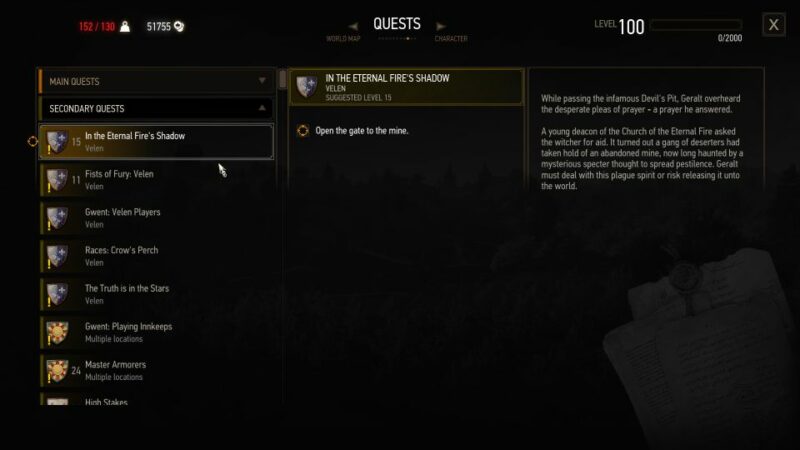 How to start the quest In the Eternal Fire’s Shadow

The quest is located towards the east of Hanged Man’s Tree’s signpost. You can see the exact location shown in the map below.

It’s the round pit just east of Hanged Man’s Tree. 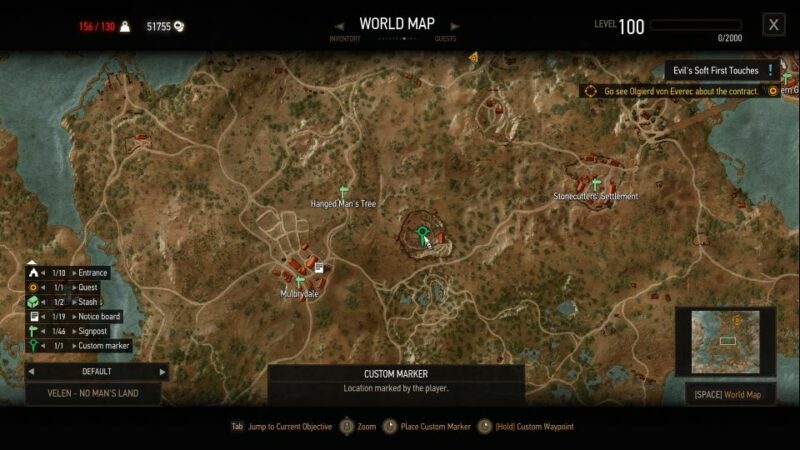 You will then see an Eternal Fire priest outside the entrance. Talk to him to begin the quest. 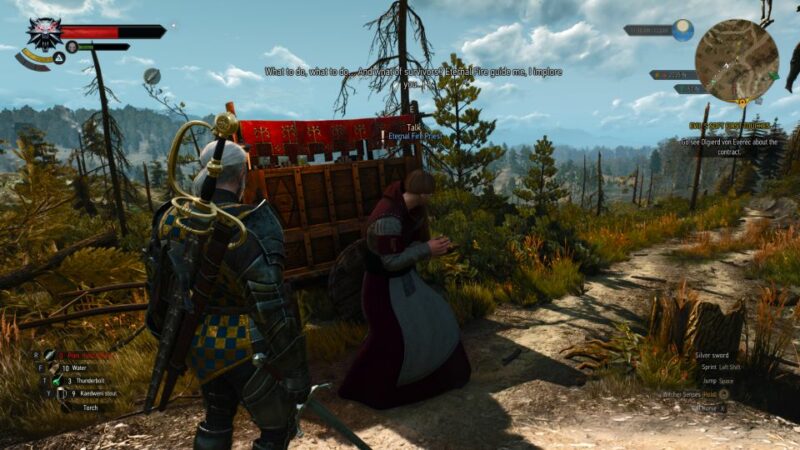 You can either accept the salary or negotiate to get over 200 coins for completion (around 250 maximum). The default is 200 coins.

Open the gate to the mine 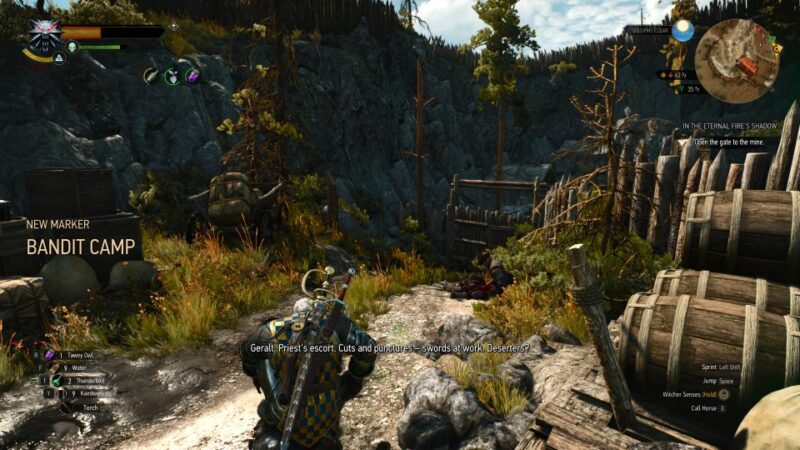 You can clear all of the deserters first before looking for loot. 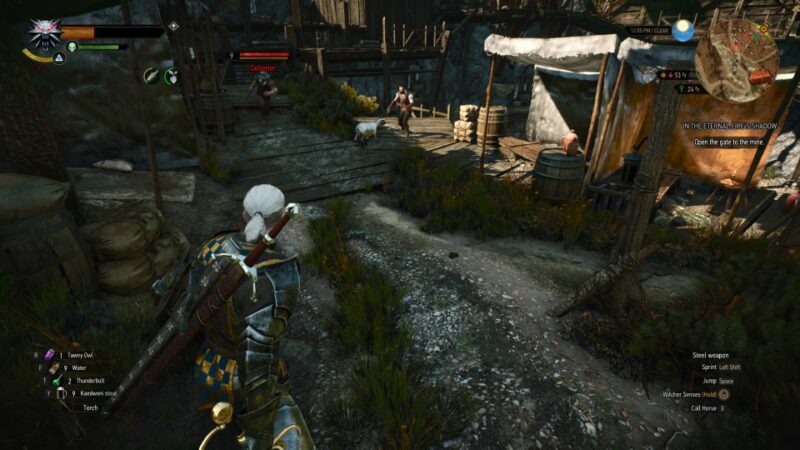 The gate to the mine is at the bottom. You’ll see some words on the entrance. Just push open the gate to enter. 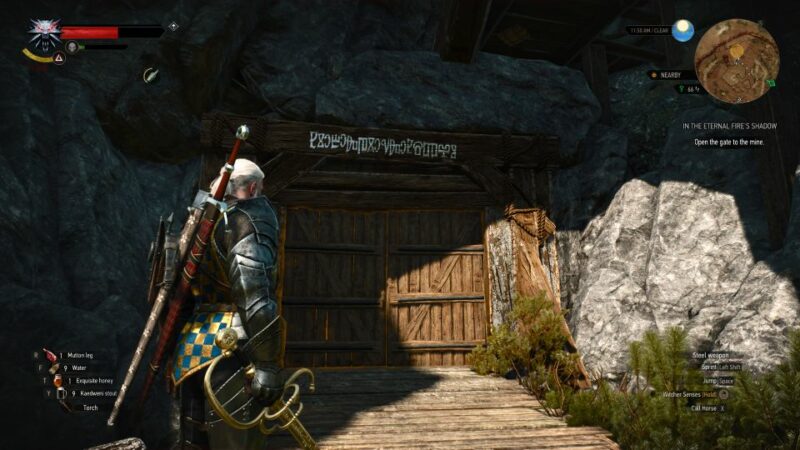 Enter the mine and you’ll find Reinald’s note on the table. 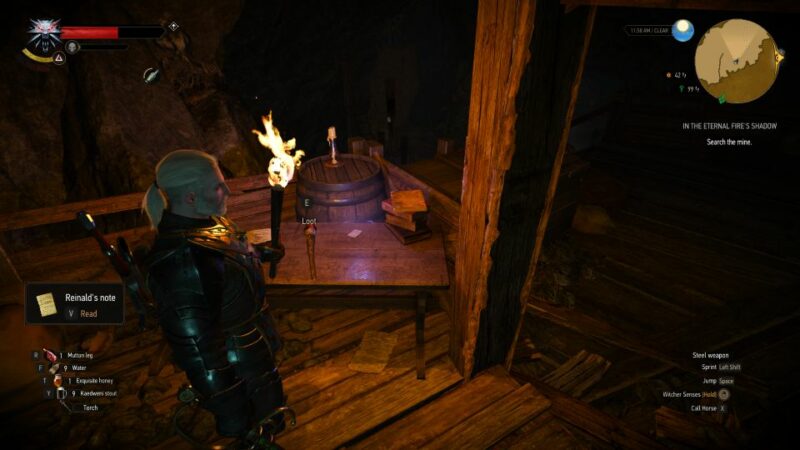 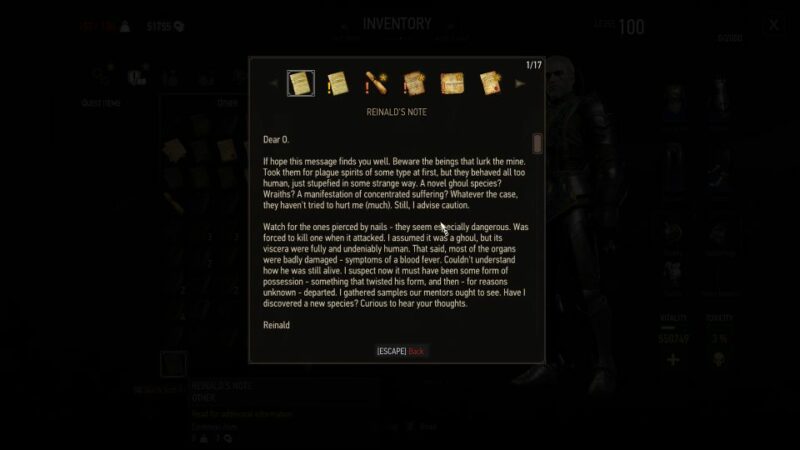 Follow the path and you’ll see another note on the door. 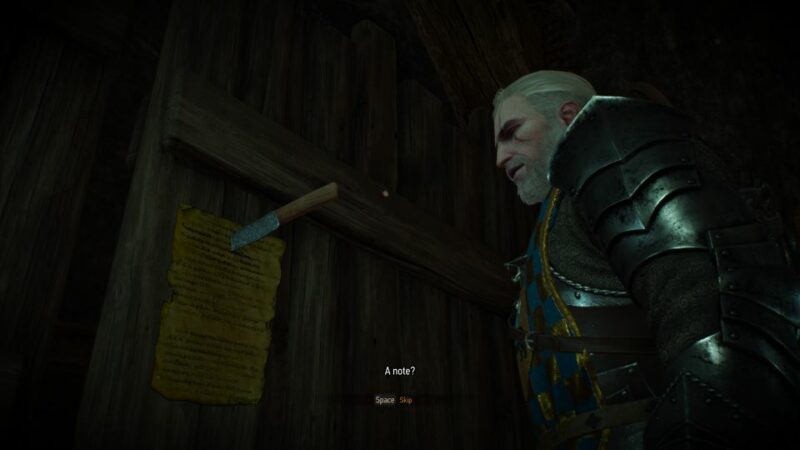 Just keep going and you’ll hear a voice talking to you. Search the area first and then head down following the voice. 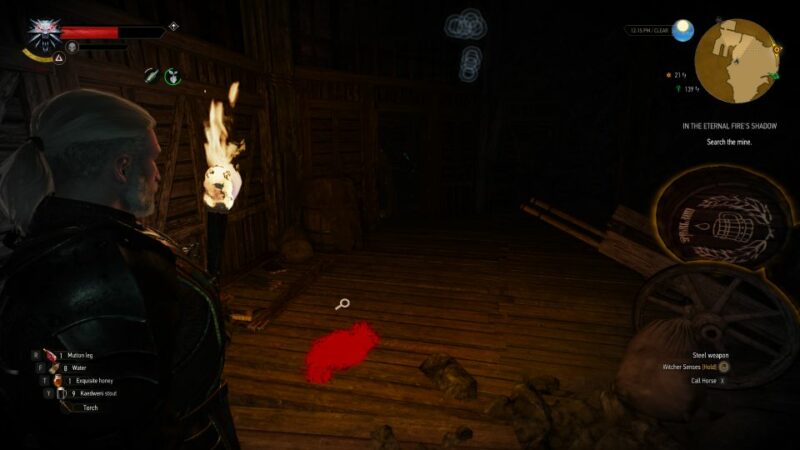 At one point, you can either follow the voice and use the lit path, or go against it.

If you go against the voice, you will be heading to the location where you can craft the potion. 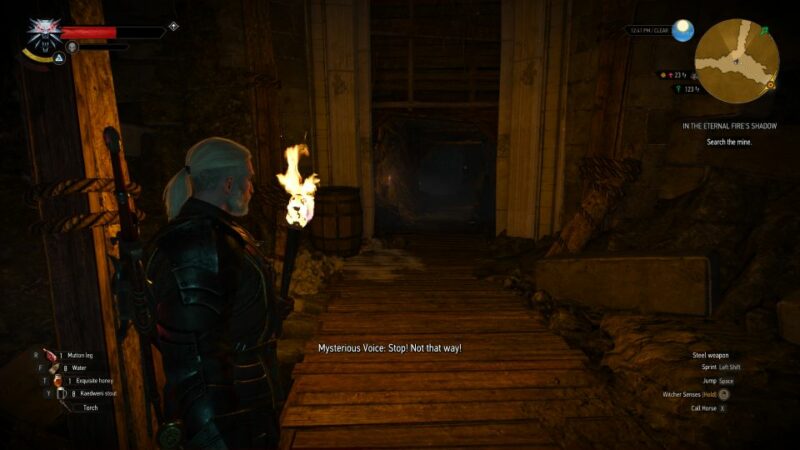 You don’t need the potion if your level is already too high for this quest as you can defeat the Red Miasmal easily. Otherwise, go for it as it helps in the boss battle.

Go to the left path instead of the right path. Keep going until you reach a brick wall. You can use Aard or just slice open the wall. Head all the way to the lab where you hear the voice telling you to go away.

Now, go to the pit where you will need to kill a few plague victims. Once you’re done with them, follow the path ahead and look for a small hut. Use Aard to break open the door. Read the note on the table and then craft Reinald’s Philter (potion).

Do you need to give the potion to Reinald?

If you did craft the potion, go back to where the voice wanted you to go to.

Just follow the path until you see Reinald at the end of the room. You can use Aard to destroy the stalagmites.

You will then be given an option to either give the potion or keep it. The best option is to keep the potion for yourself. 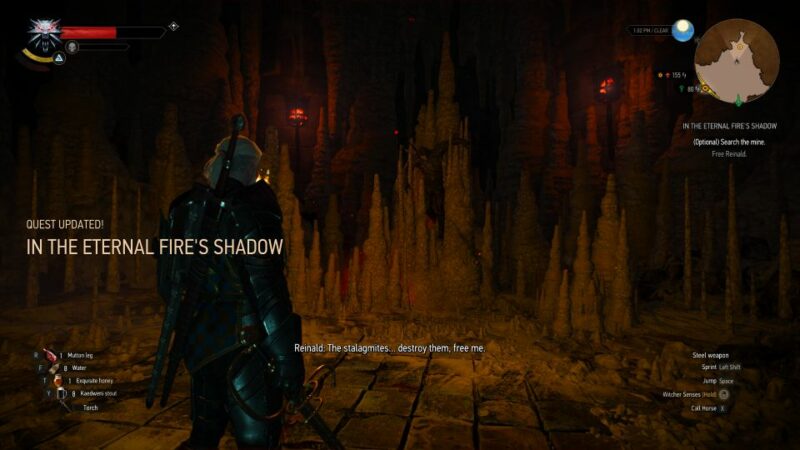 After freeing Reinald, he will be possessed and you have to defeat him. 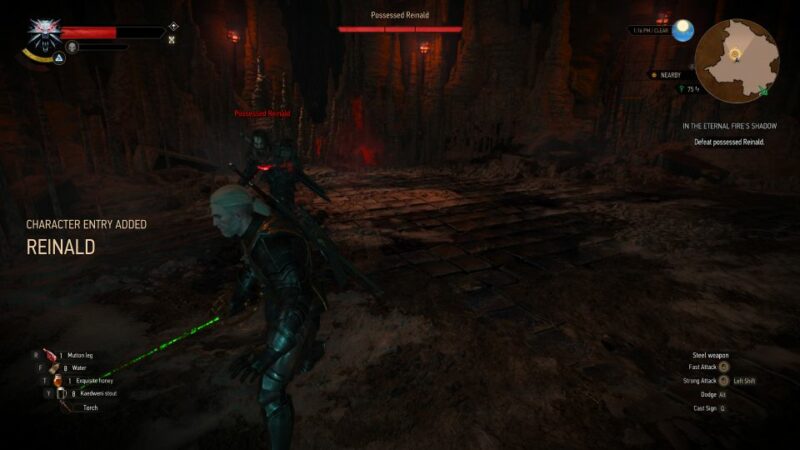 After beating him, you’ll now need to defeat the Red Miasmal. If you had kept the potion for yourself, you will gain a buff for the fight (but your toxicity level will be raised). You may need a white honey to reduce toxicity (high toxicity means your HP goes down quickly). 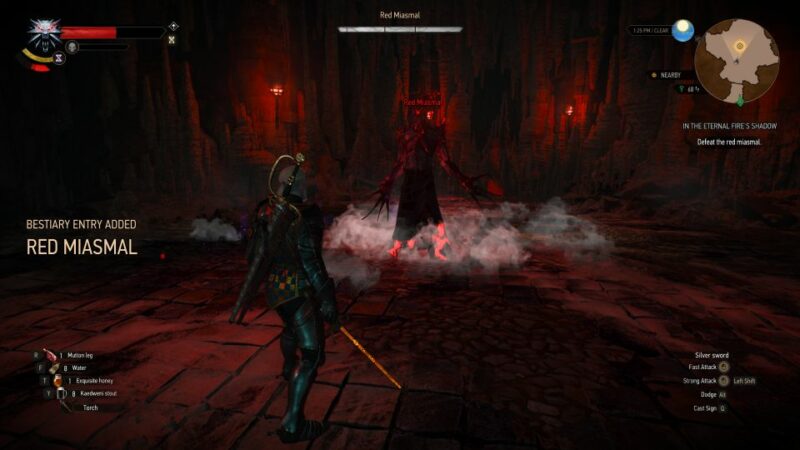 If you do get killed by the Red Miasmal, you’ll unlock the worst ending where Geralt gets possessed himself.

Apart from the ending where Geralt gets possessed by the Red Miasmal, you have other endings.

After the fight, talk to Reinald. 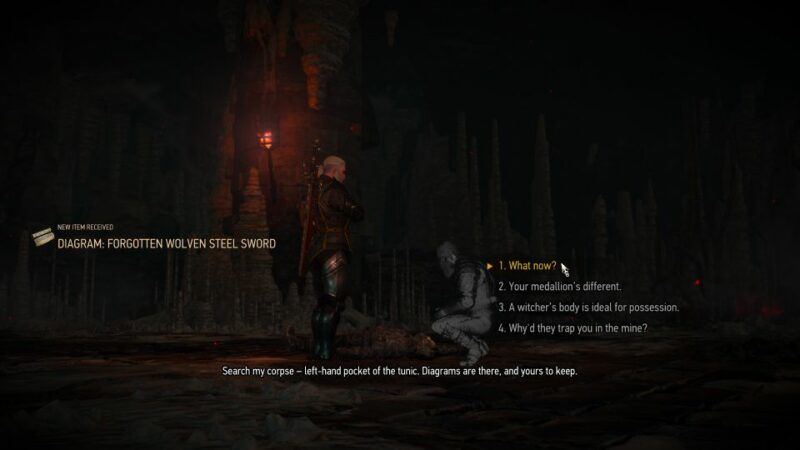 You’re then given a choice between getting the priest to come or saying it’s not worth the risk.

Not worth the risk or I’ll get the priest

If you say “No. Not worth the risk”, then the boy priest is spared from death.

If you choose “Fine. I’ll get the priest”, then you still have two different consequences. 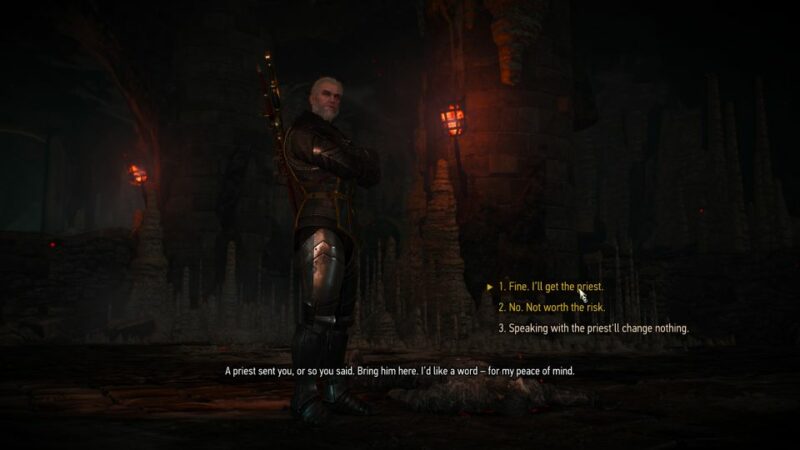 If you want to see the boy priest die, the next option is to say “Reinald’s right”.

If you want the boy to live, choose “Boy’s innocent”. 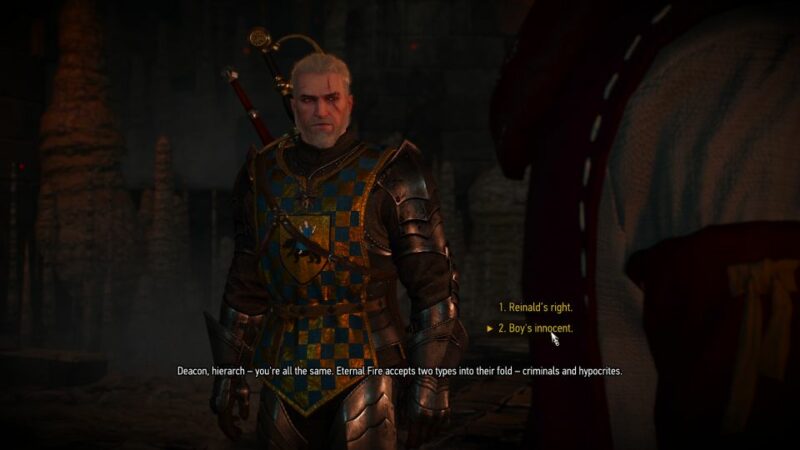 “Don’t need a church to do good, priest” or “crimes like these can’t be forgiven”

To get the good ending where the boy lives, you should choose the white option “What would you do, Reinald?”, and then choose “Don’t need a church to do good, priest”.

You basically have to defend the boy all the way during the dialogue and remember to choose the white dialogue option before making a decision.

For the bad ending, just side with Reinald. This will lead to Reinald killing the boy. 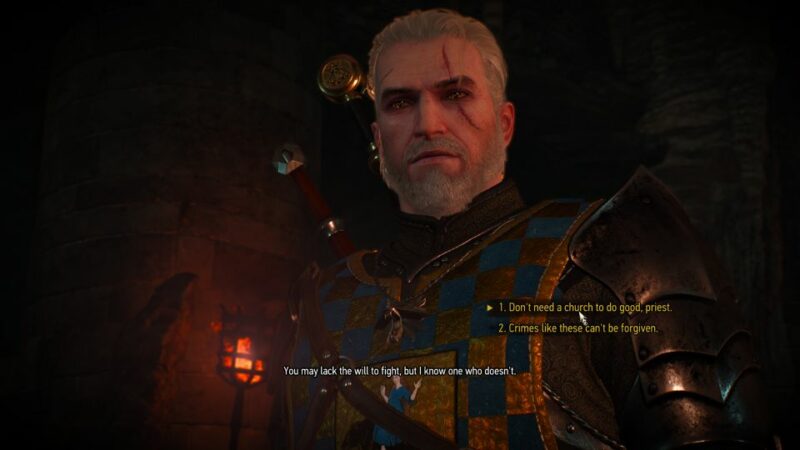