Thebes and Olympus are also part of the lucky emblem chase in Kingdom Hearts 3.

As you only get a gummiphone after the Twilight Town chapter, you can come back later.

Here are all of the lucky emblem locations in Thebes and Olympus in KH3.

We’ll start off with those in Thebes. If you come back to Thebes after the main story, you’ll notice that it has changed a little.

They have rebuilt some of the places here. Here are the 4 lucky emblems in Thebes.

The first lucky emblem is right in town (Agora). Go to the end of the Agora and you will find a building with two sets of stairs, one on each side of the building.

Go to one of the stairs, and you should see a lucky emblem. 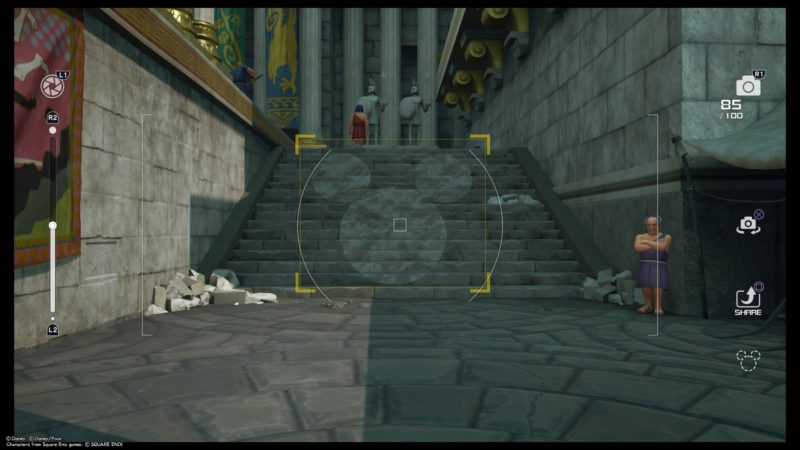 For the second emblem, get back to the area which was on fire in the main story. It’s also the place where you first learnt how to use the Trinity Sled to slide through the fire.

On one of the rubbles, you should see the emblem. It’s quite obvious. 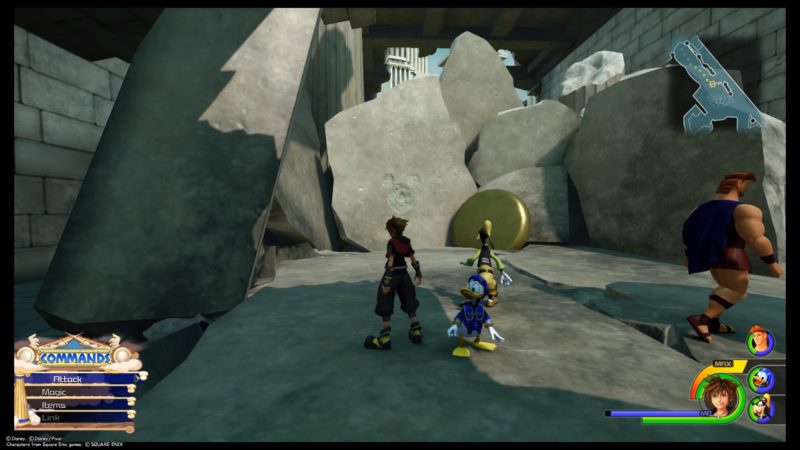 For the third one, you need to keep going up. Get past the garden and head up, and you should see a save point after going up some stairs.

Proceed ahead from the save point and you will reach a courtyard of some sort. The lucky emblem is on the wall, formed by cracks or imperfections. 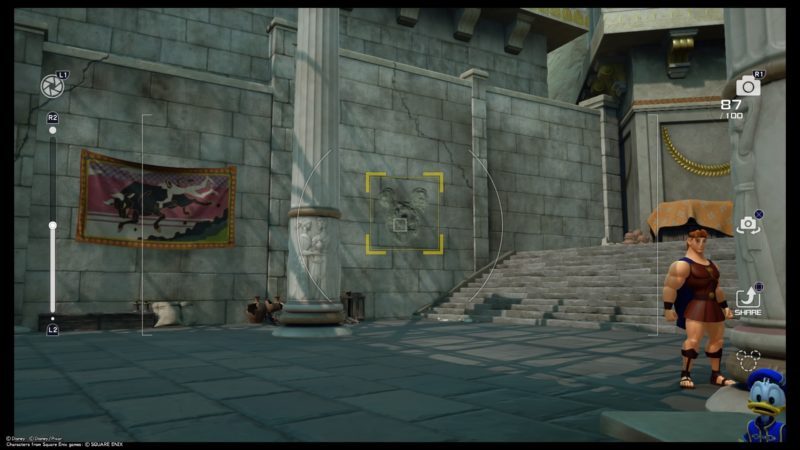 From the 3rd emblem, keep going higher. There will be some walls for you to climb.

Keep going up through the stairs and to the next area. At one point, you should finally see the lucky emblem in between the plants. It’s right above the stairs. 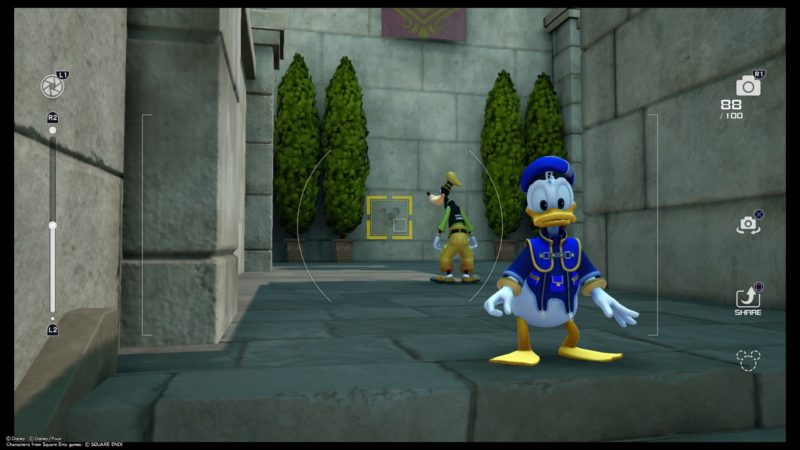 Lucky Emblems on the way to Olympus

Thebes only has 4 of them. Now, get back to the Agora save point.

Head towards Mount Olympus. You should arrive at the bottom of the mountain like in the story.

The fifth lucky emblem appears quite early on, whre you first begin your ascent.

You may miss this emblem if you get up using another way. It’s right beside the waterfall. This wall is also climbable. 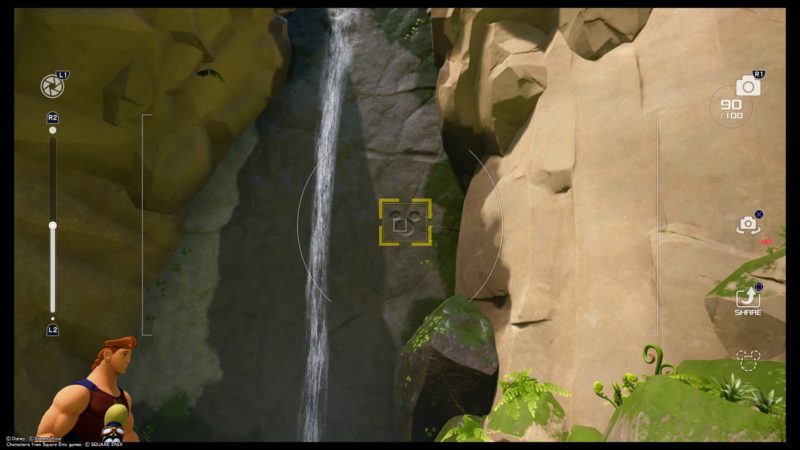 6. Look below from the mountain

The sixth emblem is not too far from the fifth. On your ascent, you will reach an area with a great view of the mountain.

Look below and you will see a big lucky emblem. 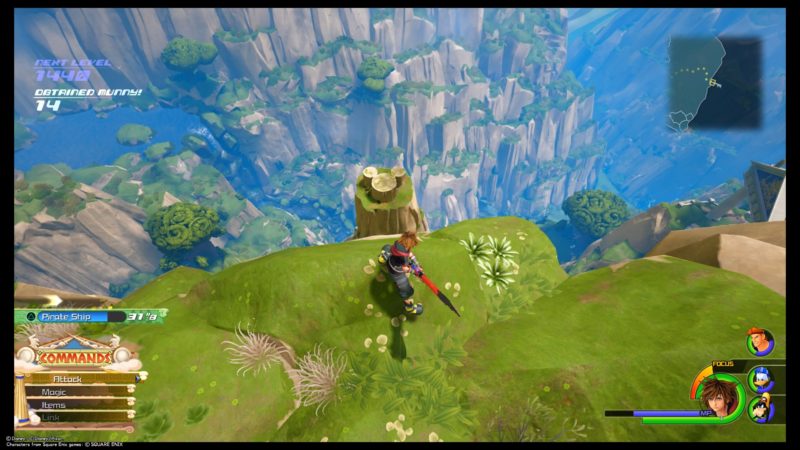 Keep going higher to the area pinpointed in the map.

At one point, you can jump across a couple of rocks to an outdoor area with some pillars around.

Look for the lucky emblem on one of those pillars. 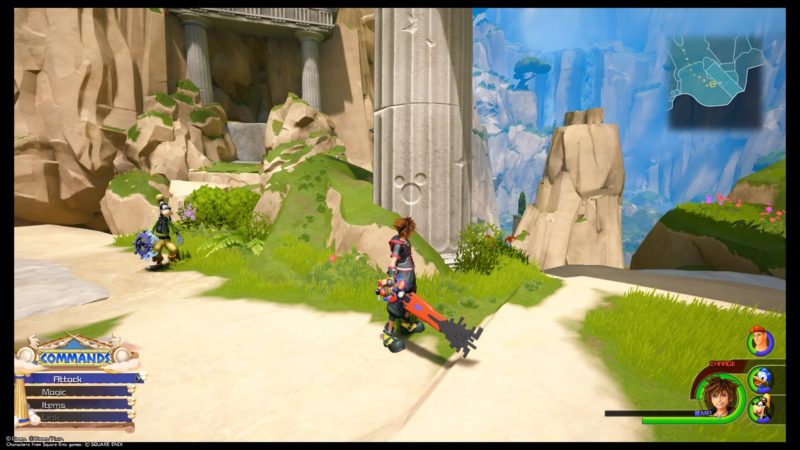 The eighth lucky emblem is easy to find. It’s quite high up where the place has turned dark.

If you remember fighting the Rock Titan, you would remember having to climb up first.

At one point, you need to get into a cave to proceed further (before the actual Titan fight). This tree is inside that cave, and there are Heartless around it as well.

The emblem is formed by the plants. 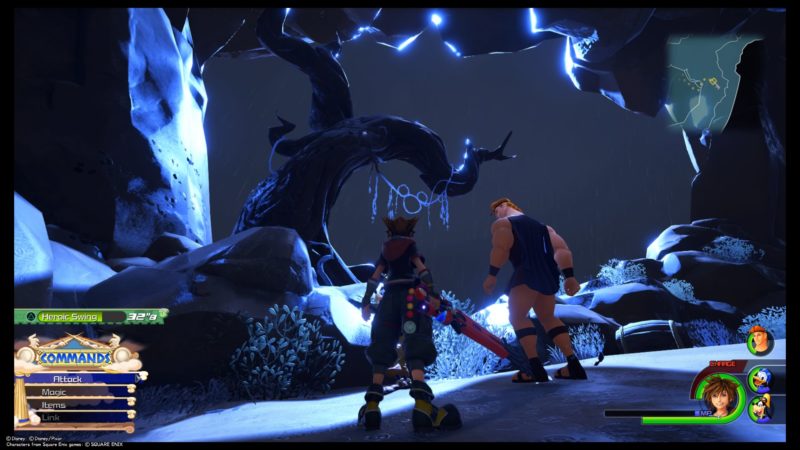 Lucky Emblems in the Realm of the Gods

That’s all for the mountain area. Now, we proceed to the Realm of the Gods.

9. Before the water slide

Keep walking inside the realm until you reach an area with two different water slides.

If you ignore the first water slide and get to the stairs, you will see the lucky emblem on the side of the stairs.

That particular set of stairs leads to the other water slide, and eventually to the Forge. 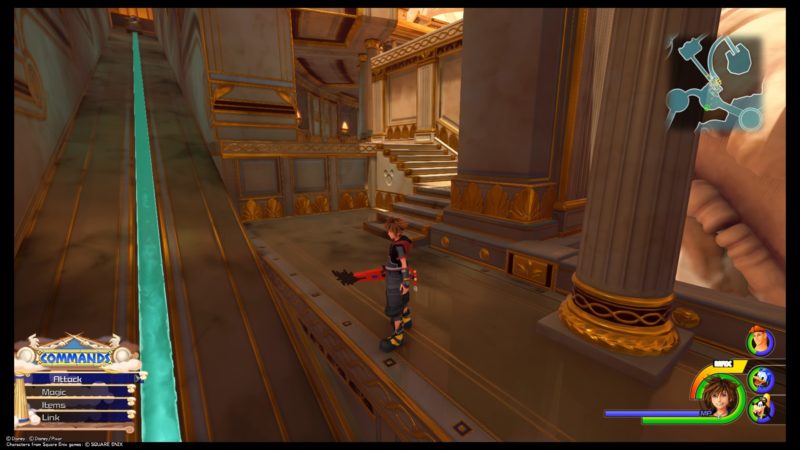 For the tenth emblem, use the first water slide (on your left).

You will reach a big room with some Heartless in it. Destroy the pots and a lucky emblem is revealed on the wall. 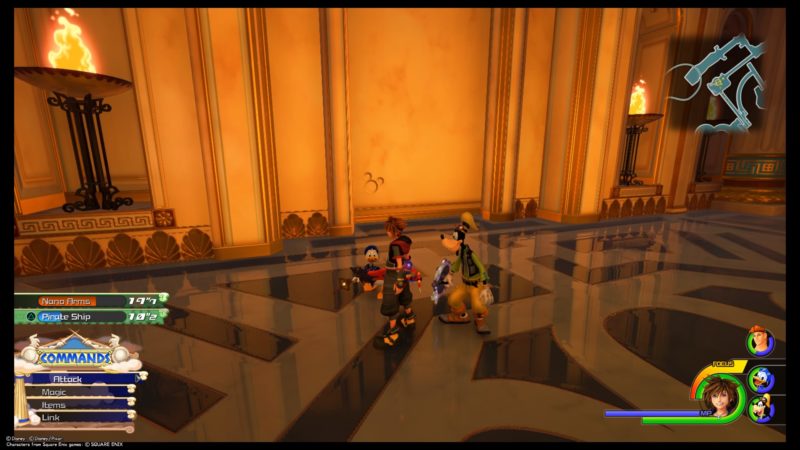 Now, slide back to the original area. Go to the second water slide after the set of stairs.

You will be pushed by the water and you need to jump all the way down to land at the secret Forge.

On the Forge itself, you will find a lucky emblem. 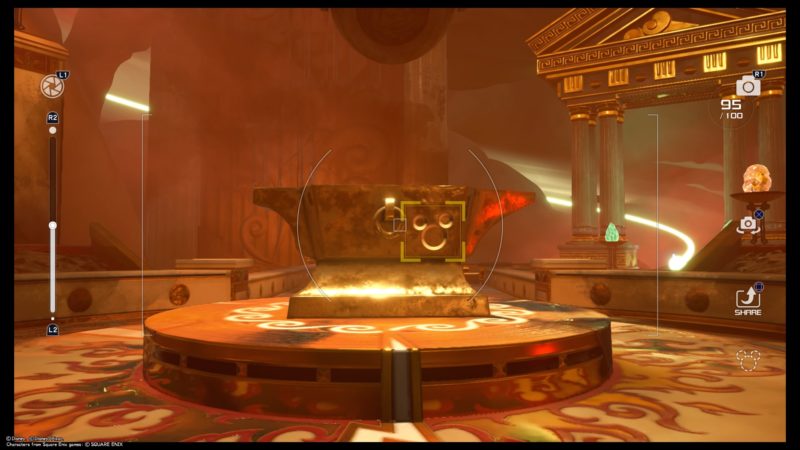 The last emblem may be seen from the top of the place, where Zeus resides. However, you can’t photograph the emblem from there.

You need to get to a place called the Cloud Ridge. It is accessible via a slide that will push you all the way there. You may have noticed the Cloud Ridge if you’re standing at Zeus’ place.

You will meet Heartless on the slide itself (image below). 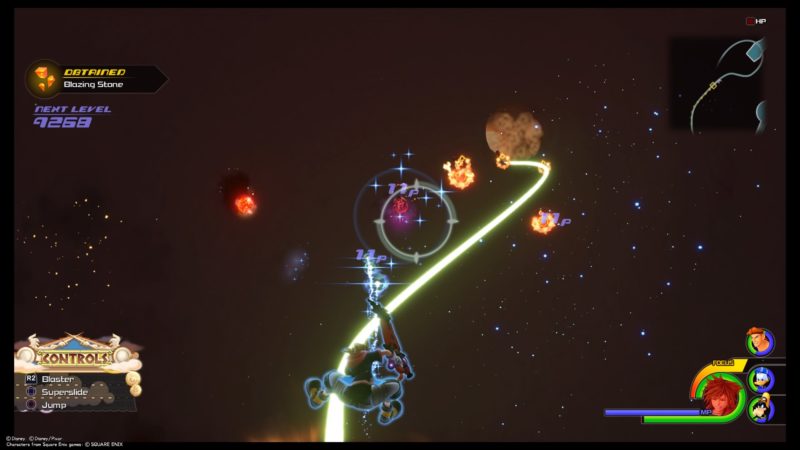 Once you’re out, you will arrive at the Cloud Ridge. Get to the higher platform and you will see a giant lucky emblem near the clouds. 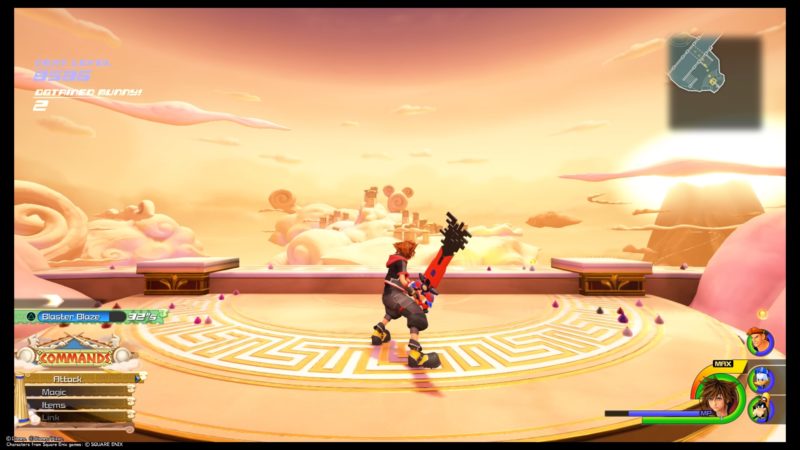 And that’s all for the lucky emblems in Thebes and Olympus.

Hopefully you find it useful.

Kingdom Hearts 3: How To Open Treasure Spheres In Space

The Caribbean (Walkthrough And Guide) – KH3