EByte is a new cryptocurrency in the market centered on the eSports industry.

It will have its own blockchain instead of relying on the Ethereum network like those ERC20 tokens.

At the moment, it’s still having its token sale (pre-ICO).

Disclaimer: All opinions and views that are expressed here are purely individual opinions. None of the articles are to be construed as giving financial or investment advice of any sort whatsoever. We do not guarantee the accuracy of the information on this website, including cryptocurrency news and articles.

Challenges in the eSports industry

According to them, eSports teams normally lack resources to equip players with the latest technology, making players switch teams really often just to get better opportunities.

This makes it hard for teams to manage rosters and attract new sponsors for their teams. Most leagues, events and tournaments do not have enough financial means to promote their activities, thus making it hard to grow their projects.

Sometimes eSports organizers do not get paid due to the lack of funding and they mainly do it for the passion.

Finance seems to be the big problem in the eSports industry at the moment, and only dominated by the big leagues. 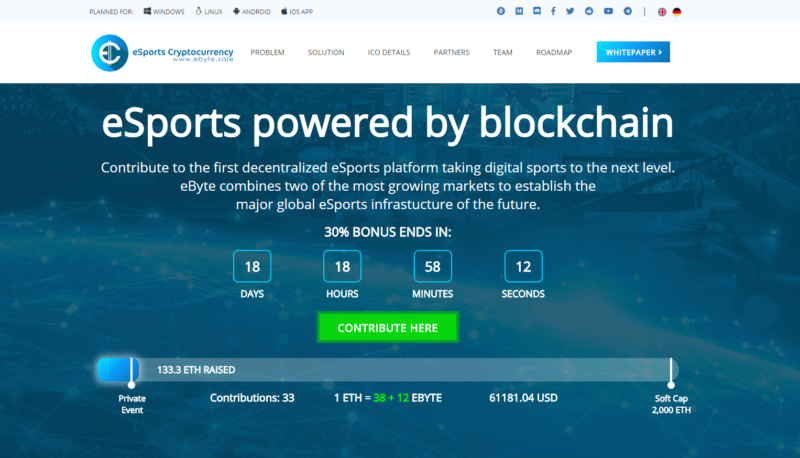 Due to some of the problems faced in the eSports community, eByte aims to provide solutions via blockchain technology.

The solutions given seem to be mainly monetary. It’s more and more common these days for cryptocurrency to be used to pay for many things including content creation.

Just look at Steem, Mithril and so on. They all incentivize usage of the platforms.

According to their whitepaper, eByte cryptocurrency has quite a number of features including:

The team of eByte is made up of a lot of people that have been in the eSports industry. 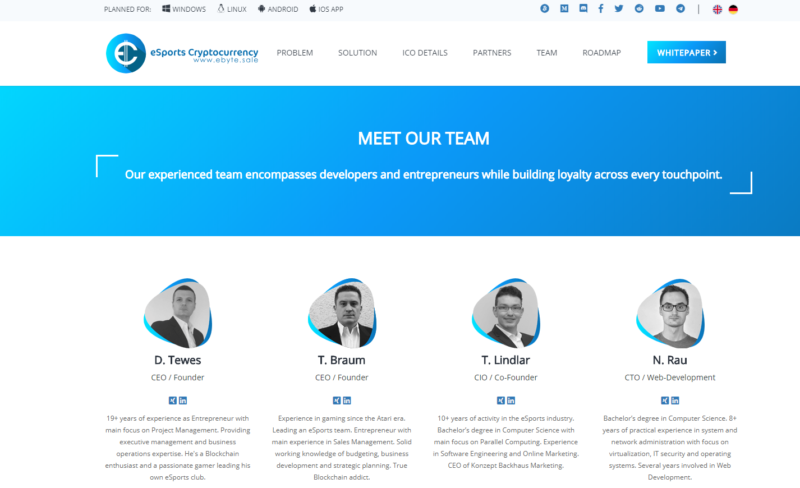 The screenshot taken is only on the higher ranks of the team. There are plenty others which you can find on their official site itself.

Their ICO token event is divided into several stages as you can see on the screenshot above.

At the moment, they are only doing the pre-ICO where at the moment, only 133 Ethereum has been raised so far.

As EByte is really new, there isn’t much that we know so far, apart from what’s in the whitepaper and the official website.

It’s not even at the ICO stage yet, but the presale.

As always, do your own research before investing into any coin and don’t invest what you can’t afford to lose.

Our articles are always not sponsored, unless expressly stated otherwise.

What Is Theresa May Coin? – Another Shitcoin?