Team Fortress 2 is an extremely complicated game with a number of game modes that lends itself to quite a number of different approaches a player can take to winning. This includes, among others, their choice of weapons.

But, while most players have their own preferred set of weapons, it’s also clear that not all weapons in Team Fortress 2 are the same.

With that said, we took the time to list down some of the best weapons that are available in Team Fortress 2. 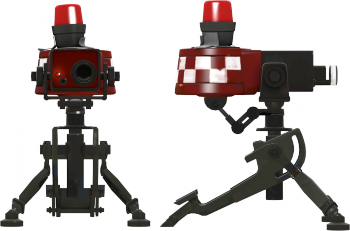 Equipped with enemy-detection capabilities and capable of delivering a world of hurt in just a few seconds, a sneakily-placed Sentry Gun can devastate any opposing player who unfortunately happens by its range.

What makes the Sentry Gun even better is that there are only a handful of ways to take it down. Not to mention, even when it’s already taken down, an Engineer can quickly repair it back up.

The only reason why we ranked the Sentry Gun this low is because an Engineer has to know where to place it for minimal visibility and maximum damage. 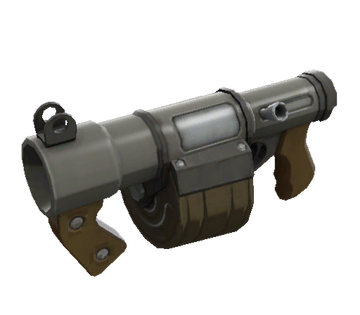 With a high burst potential, sustained damage, as well as area-denial capabilities, the Stickybomb Launcher can clear entire carts and decimate entire teams.

A single shot with the Stickybomb Launcher is enough to take down a Scout and Spy, or take at least half off of any other classes’ health bar. Not to mention, it’s also great at taking out dispensers, as well as teleporters.

Put simply, the Stickybomb Launcher deals a lot of damage.

Unfortunately, the Stickybomb Launcher sacrifices aim and accuracy for all the damage that it does.

Beginners and those who aren’t used to playing the Demoman often will find it hard to defend themselves using the Stickybomb Launcher, let alone go on the offensive.

But, once you get the hang of the angles, you can use the Stickybomb Launcher to take out pretty much anyone from anywhere, even those who are on higher platforms. 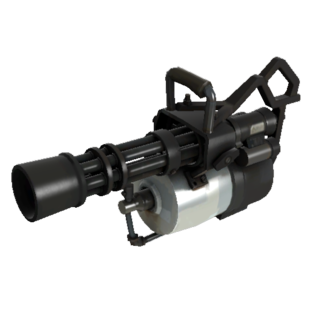 The Heavy may not necessarily be one of the best classes in Team Fortress 2, but the Mini-Gun is still a force to be reckoned with.

A weapon befitting the hulking giant that the Heavy is, the Mini-Gun will literally clear the way for you and your team if you enjoy playing as the leader.

The Mini-Gun is the sole reason why pretty much every other class in Team Fortress 2 hates playing against a good Heavy player.

Even though a Spy can outmaneuver a Heavy most of the time, the presence of the Mini-Gun will give them enough reason to pause because of how hard it is to counter its speed and accuracy in close range.

Whether you’re on the front lines or hiding in corners just waiting for your next victim, the Mini-Gun is hard to top. 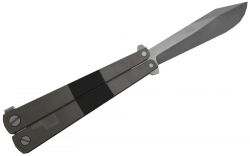 The Spy may be one of the worst classes in Team Fortress 2, especially in a competitive setting and high-skill matches, but, that doesn’t make the class any less annoying to deal with.

The Knife is one of the many reasons why the Spy can get on your nerves at times.

Capable of killing any class with one backstab, the Knife would’ve been so overpowered if it were made available for other classes to use.

Only the Spy can use the Knife, which is a welcome consolation. However, that doesn’t make the weapon less hate-worthy, especially since the game actually lets a Spy know when they can back stab enemy players.

Whenever you’re playing against a Spy, always be careful. Otherwise, you might just literally find yourself with a knife on your back. 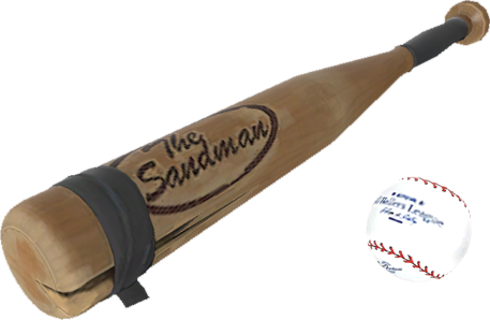 Be prepared to meet the Sandman whenever the Scout’s default baseball bat hits you.

Capable of stunning players and leaving them vulnerable to enemy fire, the Sandman’s efficiency is only further compounded by how fast the Scout can move across the battlefield and literally just whack away at anyone who gets close.

If you want to annoy the hell out of your opponents, you can just swing the Sandman and run away.

However, the Sandman isn’t just good for trolling. It’s also a fairly effective weapon. Just a single whack at this can render the enemy Heavy and Medic useless, allowing your team to go at them, or, at the very least, prevent them from going all out against your team. 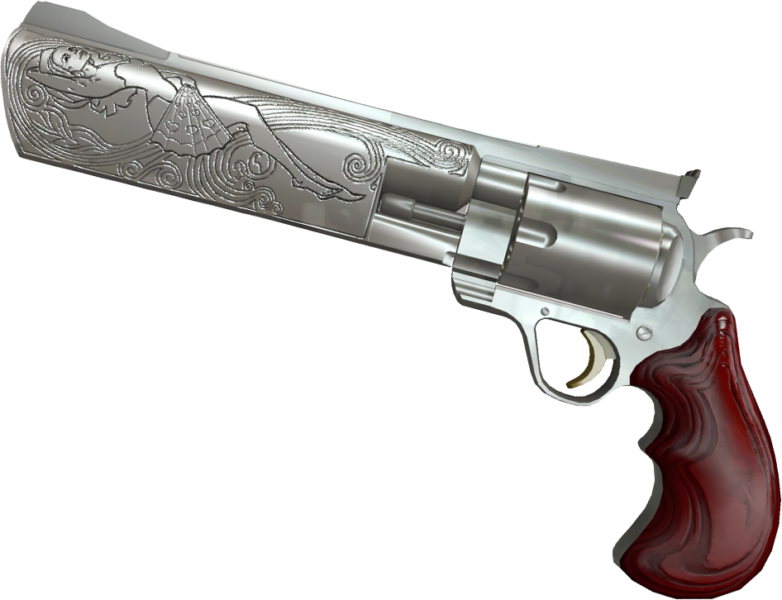 You know, the Spy actually has a lot of dangerous weapons at his disposal. There’s his cloaking abilities, the Knife, and then there’s also the Ambassador.

Capable of firing deadly shots from far away, the Ambassador gives the Spy a much-needed long-range kill threat.

In fact, if you want to be even more annoying and you have good aim, you can just clock, unlock, aim, and shoot. Your enemies wouldn’t even know what hit them, especially if you aim for the head.

While the Ambassador can’t literally one-hit every class in Team Fortress 2, it usually doesn’t take a two or three bullets from this bad boy to take any class down. 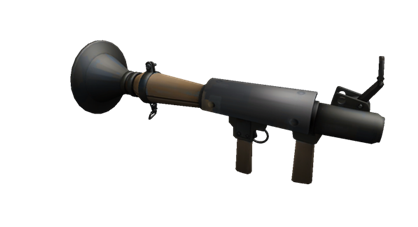 If the Soldier is the walking tank of Team Fortress 2, then consider his Rocket Launcher as his cannon.

No class in Team Fortress can stand a chance against a well-aimed Rocket Launcher shot. Plus, if you’re creative enough, you can aim the Rocket Launcher at your opponent’s feet to send them high up into the air, approximate where they’re going to land, and hit them with another shot to end their misery.

Or, you know, you can also just send your enemies to the air to leave them vulnerable to being shot at by your teammates.

The good thing about the Rocket Launcher is also that it’s not just for offensive purposes.

You can also use the Rocket Launcher to perform high jumps and get out from tense situations or gain a more advantageous high ground.

A good example is standing on high platforms and landing a well-timed Rocket Launcher shot at your opponents. Most won’t expect the Soldier to be able to reach high platforms anywhere, so you’ll have the element of surprise to yourself. 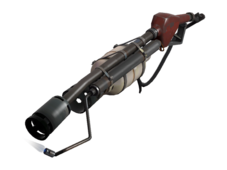 The Flamethrower is the one object of destruction in Team Fortress 2 that even a beginner can use and get away with it.

It’s a no-brainer weapon that deals tons of damage and is hard to counter, especially in a public server where there’s very little communication among teammates. Plus, it can check if a Spy is within the area.

The Flamethrower also has other uses as well.

You can use the Flamethrower to put out fires, blow away bombs, as well as grenades, and even deflect rockets and baseballs, or even push enemies that get too close to you or your allies away.

The Sniper Rifle can take down anyone with just a single shot. It doesn’t even always have to be a headshot, because, unless you’re a Heavy, a body shot is most likely enough to take you out.

Also, the Heavy is not safe. In fact, the Sniper will almost always target the Heavy first, because their size makes them the perfect target.

A good Sniper who has a dedicated Medic healing him all of the time is the stuff of nightmares.

You can only hope that you don’t encounter one or both in any server in the future. 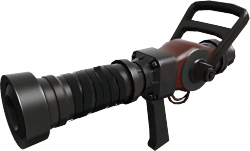 Easily the best gun in Team Fortress, and the margin isn’t even close.

There’s a reason why the Medi Gun is the favourite and most used weapon of anyone who plays a Medic and that’s because it works.

Whether it’s in a competitive or a casual setting, there’s pretty much no other single ability in Team Fortress 2 that teams play around more than the Ubercharge.

Besides, healing is always necessary on the battlefield, which makes the Medi Gun even more useful.

There you have it, the 10 best weapons in Team Fortress 2.

Just remember, our list is not definitive and if your favorite weapon didn’t make it here, that’s okay.

You see, every weapon in Team Fortress 2 is just as useful as the other — it all depends on how you use it.

The Strongest Weapons In NieR: Automata