Written on Stone is a side mission in Tom Clancy’s Ghost Recon: Breakpoint.

Your task is to help Dr. Hanover find some tablet fragments to uncover a secret.

Here’s a walkthrough of Written on Stone in Ghost Recon Breakpoint. 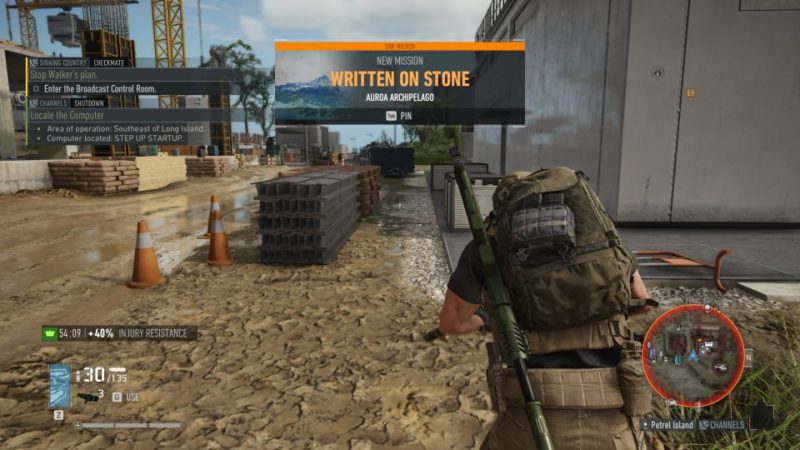 To begin the mission, speak with Dr. Hanover. She’s located at the Traces of Ancient Ruins in the Channels province.

The exact location is shown below. 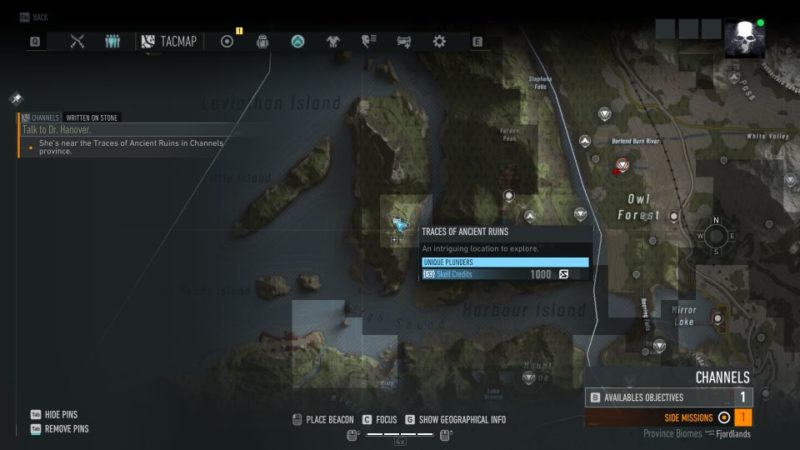 There aren’t any enemies in the area. 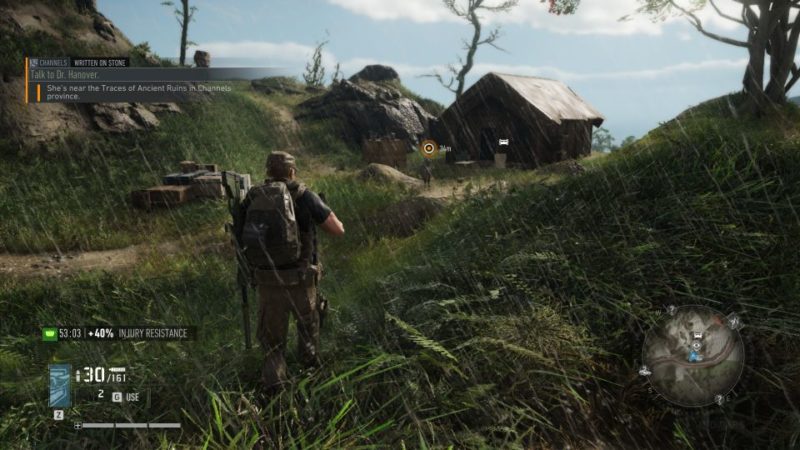 To get a tablet fragment, you need to head to Red Ferret. It’s located in the Restricted Area 01 province as shown in the map below. 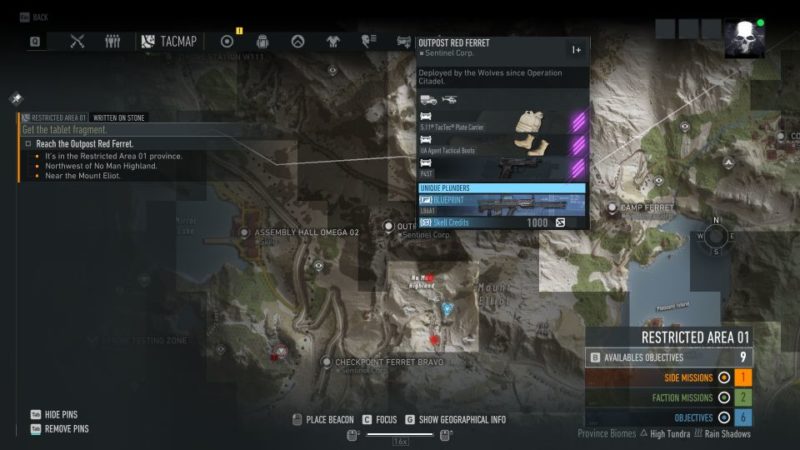 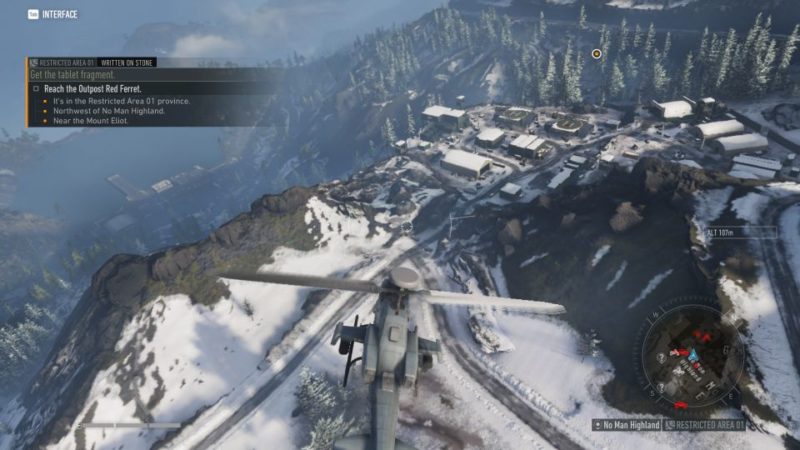 Get the tablet fragment

The base will be filled with Sentinels. 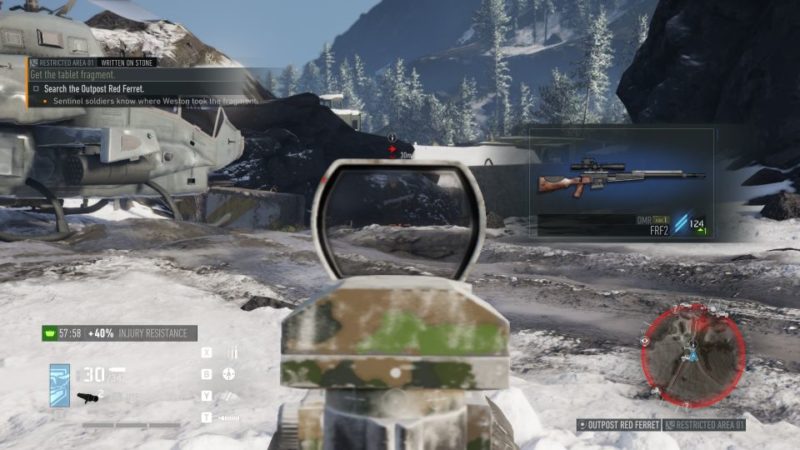 To gather intel on the tablet’s location, interrogate any of the Sentinels with the intel symbol on the head. 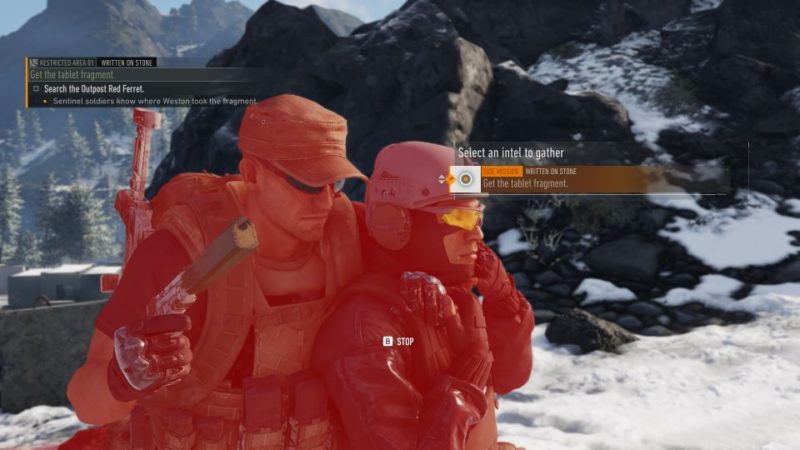 After getting intel, you’ll know that the fragment is inside the mobile headquarters.

The exact location is shown below, marked by the blue player location (west of the outpost). 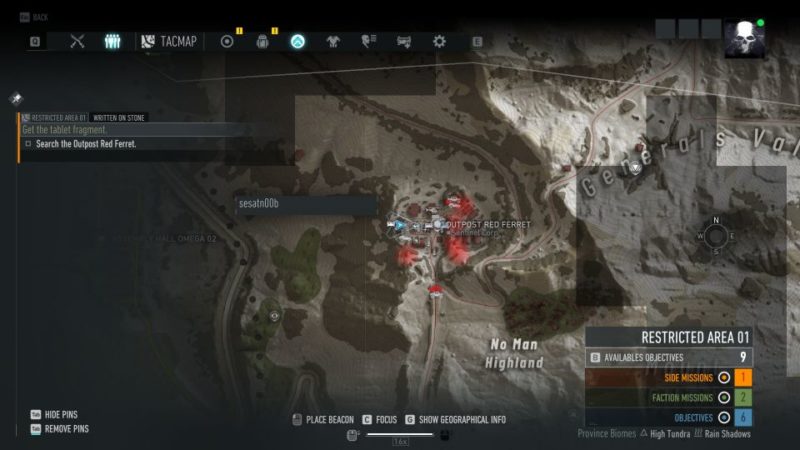 It’s inside the building. 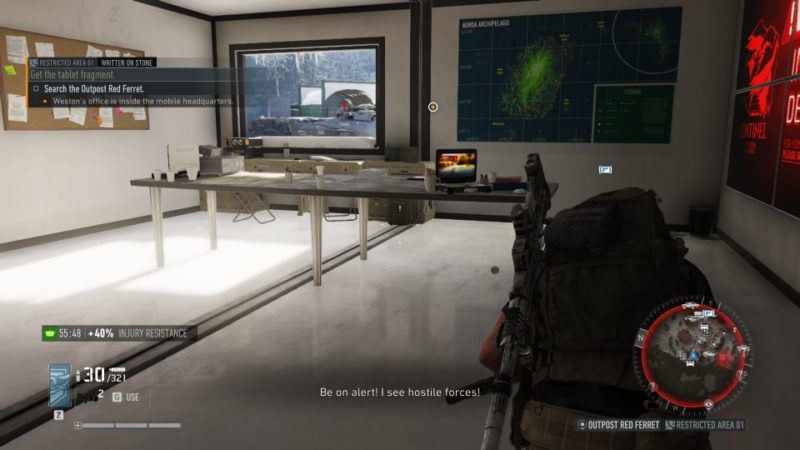 There’s also a map inside the same room which tells you where the other tablet fragments are. 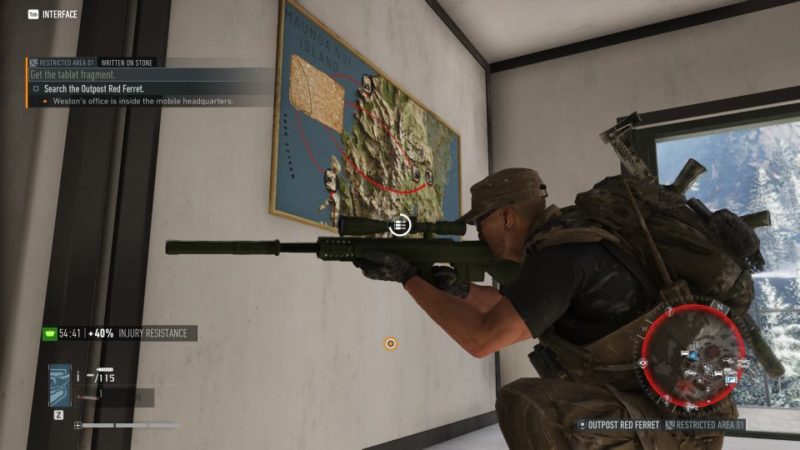 Get the second tablet fragment

The second fragment is located in New Argyll province, in the Ancient Fort. The exact location is shown below, just south or southwest of Danna Forest. 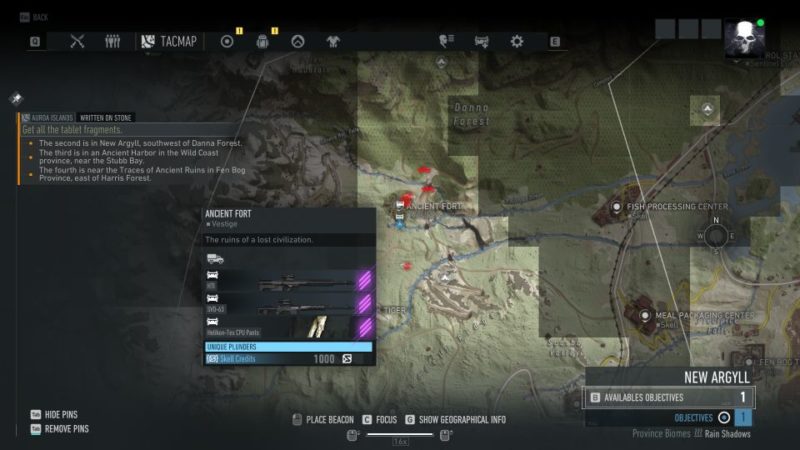 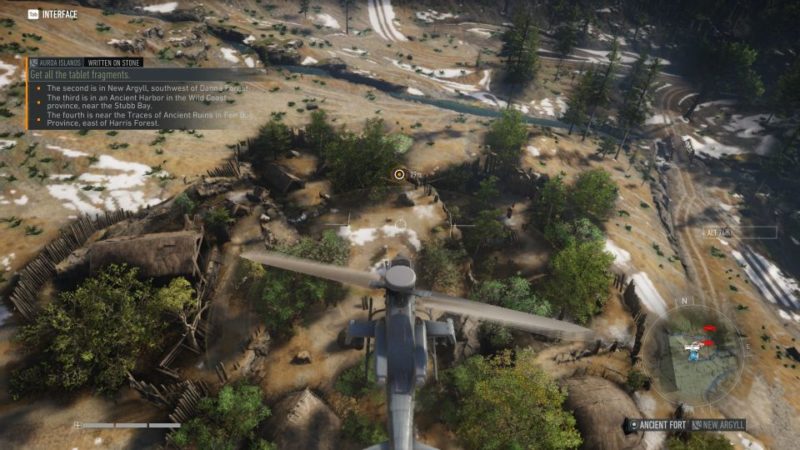 There’ll be enemies in the area.

The tablet fragment is inside a special looking chest. 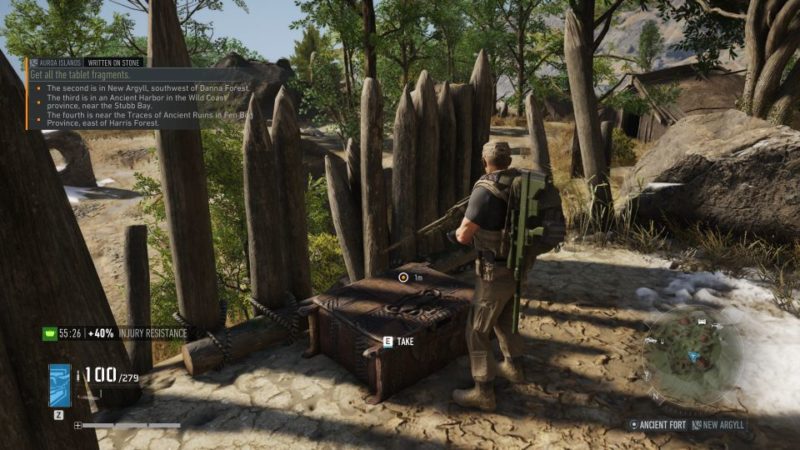 Get the third tablet fragment

Next, head to the Ancient Harbor in the Wild Coast province.

The exact location is shown below and it’s located south of Mocha Dick Heights. 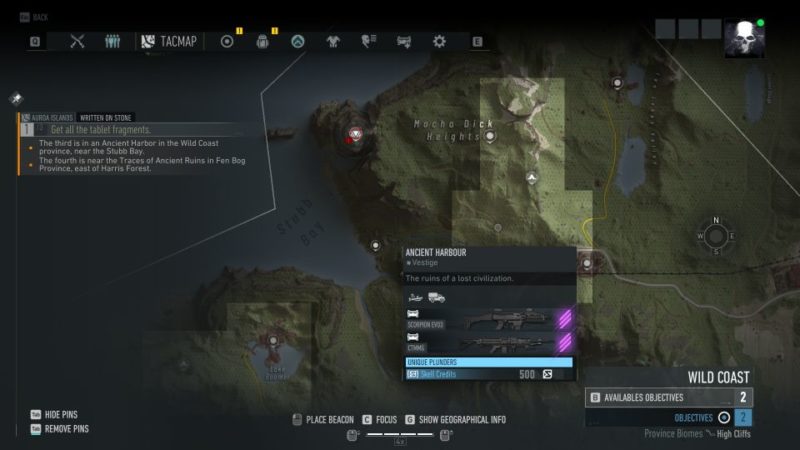 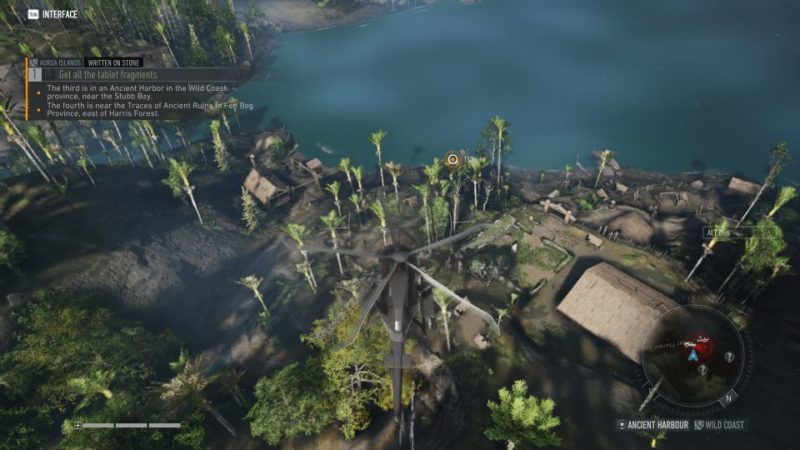 Once again, the place has Sentinels walking around. The tablet fragment is inside a chest, which is inside a hut. 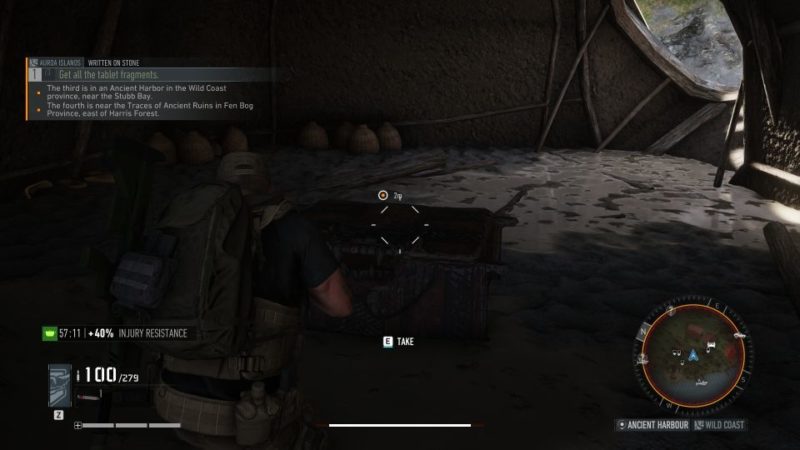 Get the fourth tablet fragment

To get the fourth fragment, head to Fen Bog province.

It’s located in the Traces of Ancient Ruins, just east of Harris Forest. 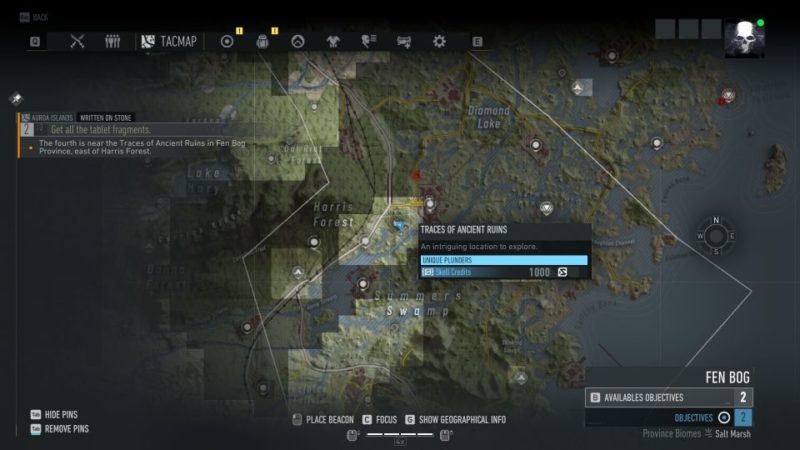 The tablet is inside one of the trucks in the convoy. You’ll need to chase after it. 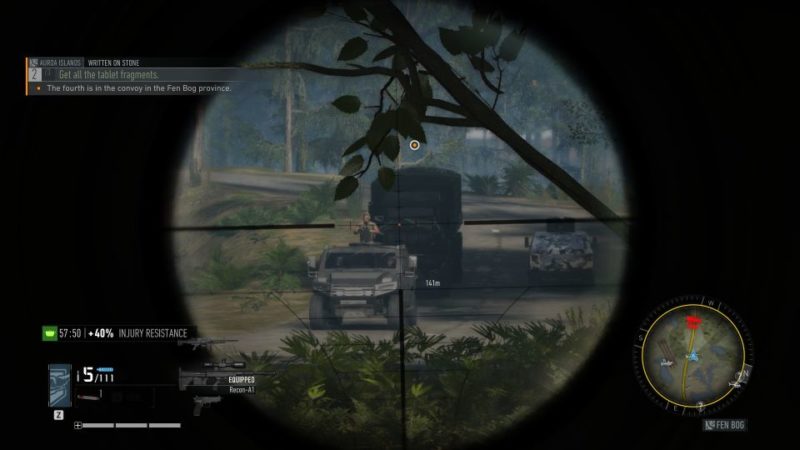 Shoot the tires of the truck to stop it. Kill all of the Sentinels and get the tablet from the back of the truck. 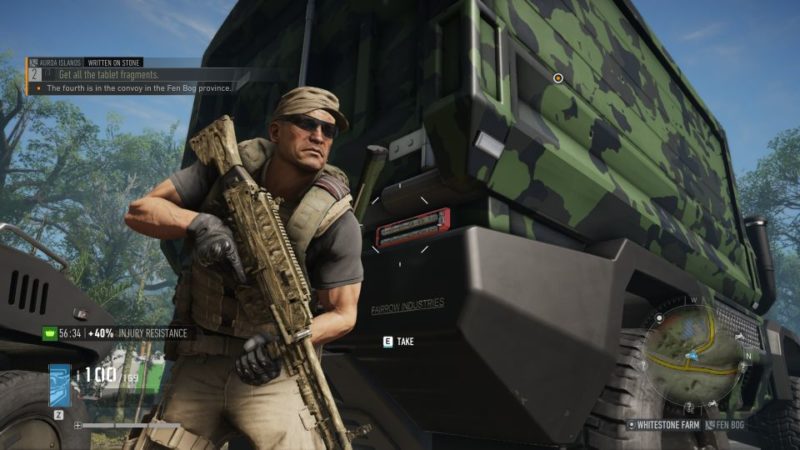 Once you have all fragments, go back to Dr. Hanover in the Channels province. 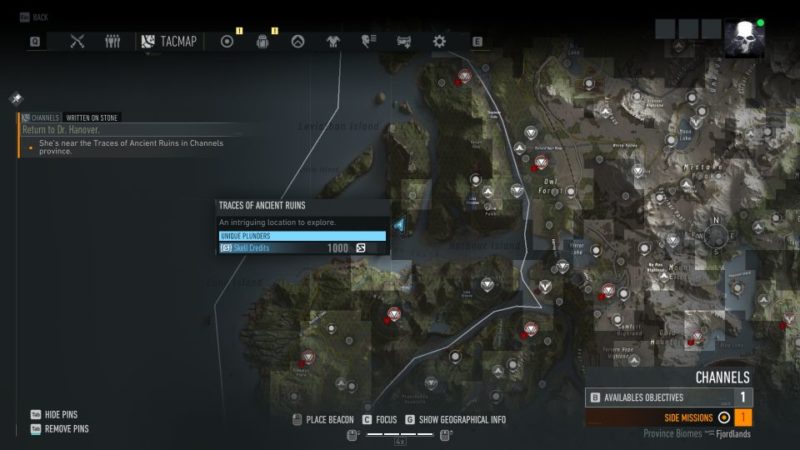 You’ll notice that she’s gone. There’s a note on the table. She was abducted by Weston and the Sentinels. 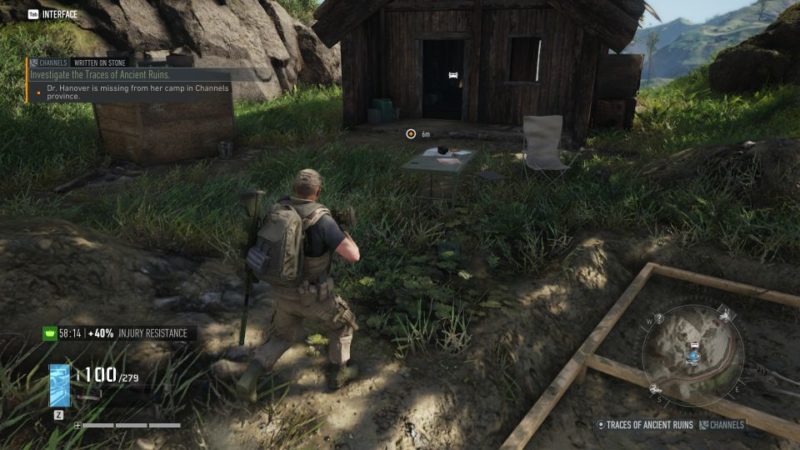 Head to the cave in Cape North

To rescue her, go to Cape North province. Head to the small cave just north of Sugarloaf Mount. The exact location is shown below, marked by the blue player location. 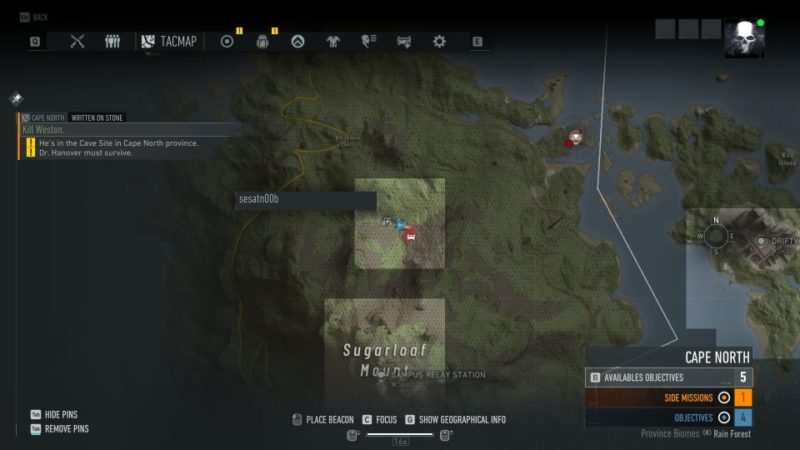 You will see the cave entrance (image below) at the base of the mountain and there are guards in front of it. 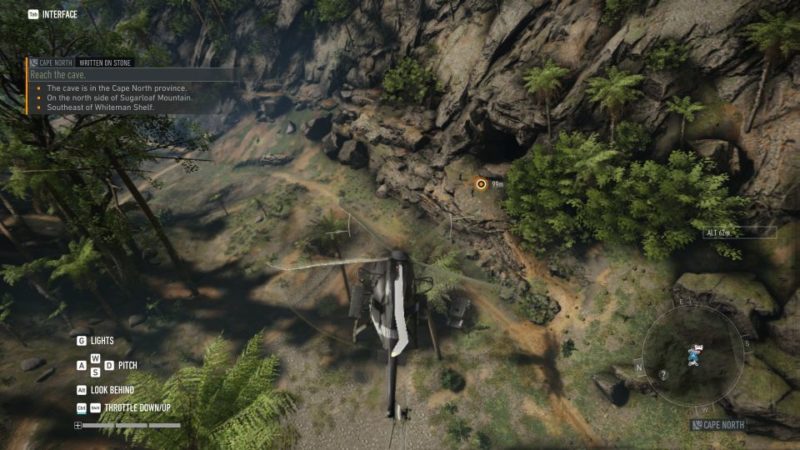 Enter the cave and kill the Sentinels. If it’s too dark, use heat detector / night vision. 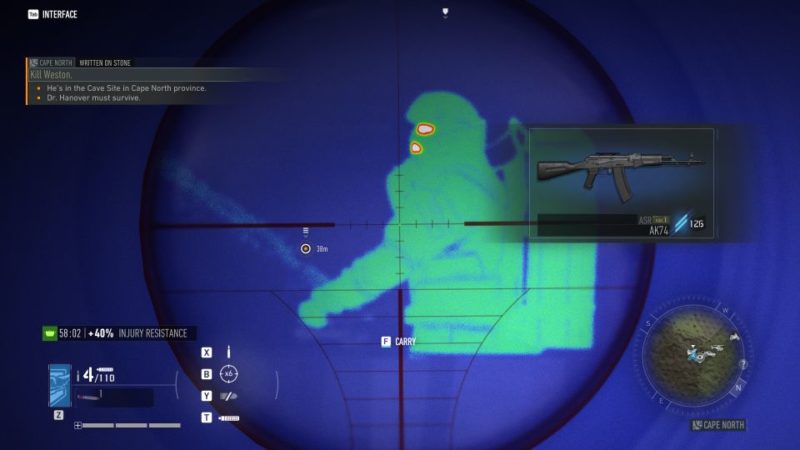 Eliminate Weston, the guy who abducted Dr. Hanover. Also, Dr. Hanover must not be killed. 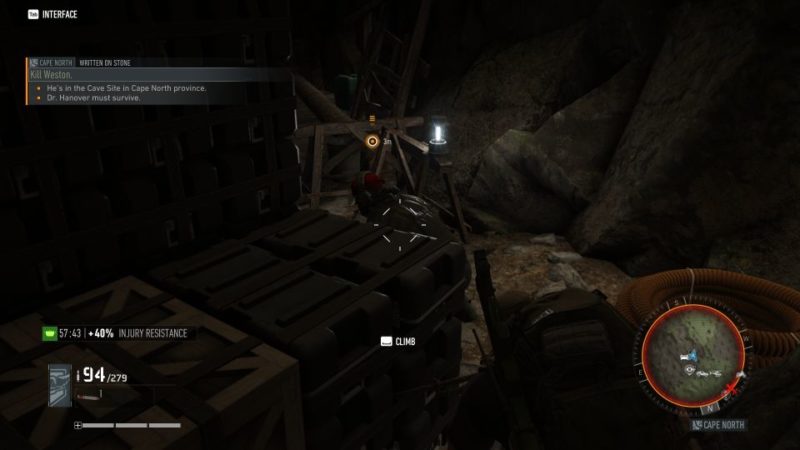 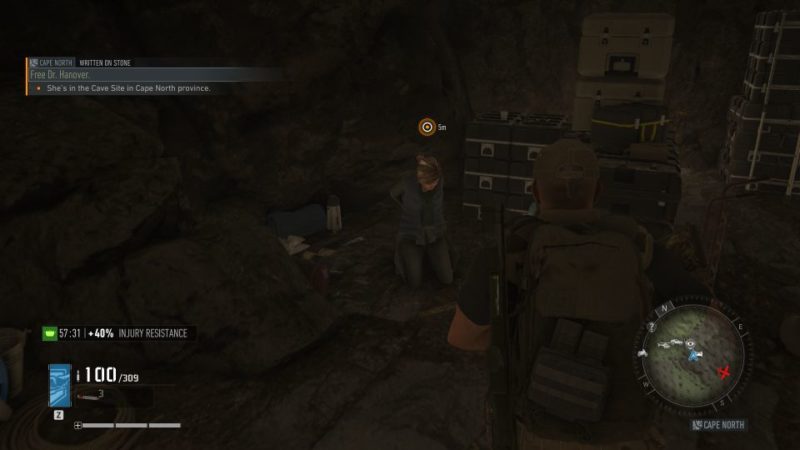 Go towards the stone door and open it using the tablet. 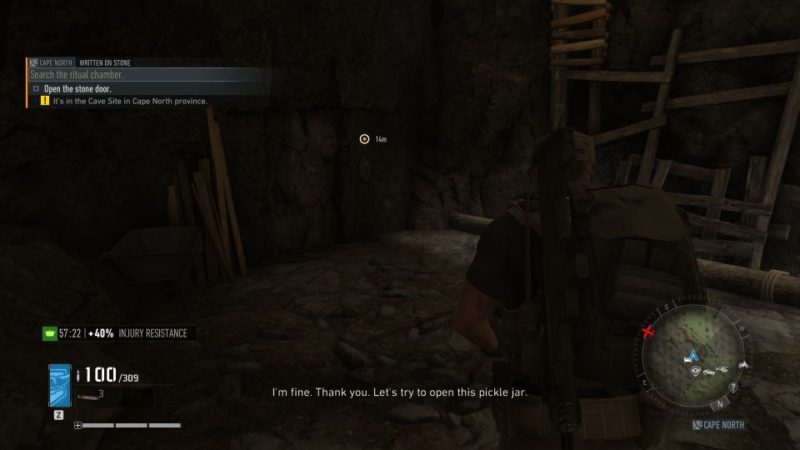 Follow the route all the way to the end and take the treasure. 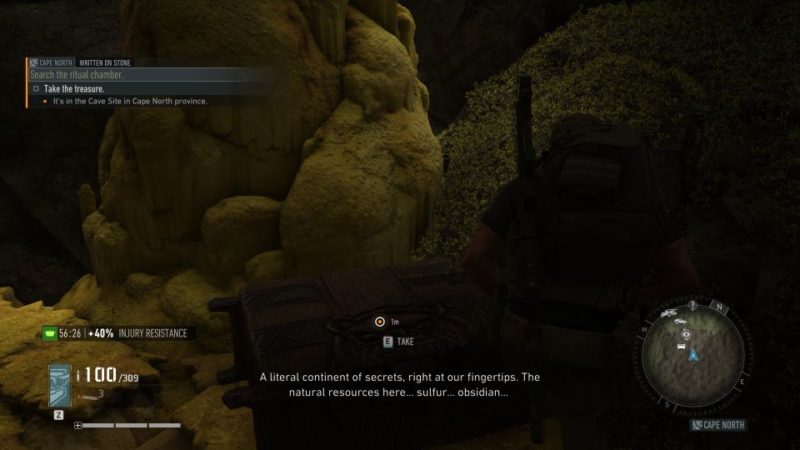 Speak with Dr. Hanover. The mission ends here. You will get an Indie Jones shirt and some Skell Credits. 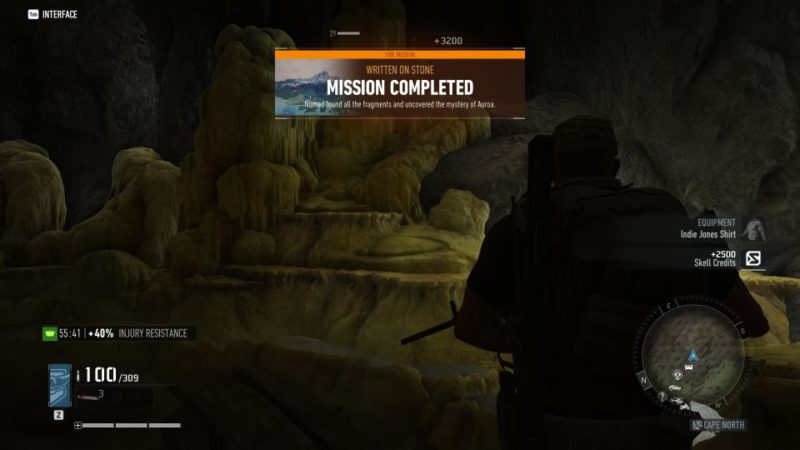