Ever since making its debut back in 1997, the One Piece franchise has consistently enjoyed the kind of critical acclaim and popularity that seem to elude many of its contemporaries, and one of the many reasons for this ever-engrossing arcs and its colorful cast of characters.

The latter is especially noteworthy.

Although it is those characters who have been granted special powers by consuming the mystical Devil Fruit that tend to hog the spotlight more, One Piece hasn’t been shy of featuring other types of characters as well.

From literal giants to muscle heads, fish and animal people, as well as dinosaurs, and even regular people who have managed to achieve monstrous strength through hard work and determination, One Piece’s characters are all over the place, and we mean that in a positive way. 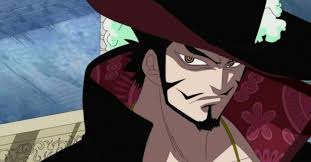 The absolute best swordsman in the world, or at least, in One Piece, there’s really no one else better than Dracule Mihawk.

Except, maybe, perhaps Shanks, although, since Dracule Mihawk doesn’t really seem interested in sparring let alone fighting against one of the Yonko anymore, we’ll never really know for sure.

What we can be sure of is how even mentioning Dracule Mihawk’s name is able to strike fear in the hearts of many.

Considering that even being able to go toe-to-toe with Mihawk is considered a feat and how we’ve seen him strike down entire fleets of ships and icebergs with one fell swoop, it’s safe to say that placing Mihawk on top is the closest thing to a no-brainer. 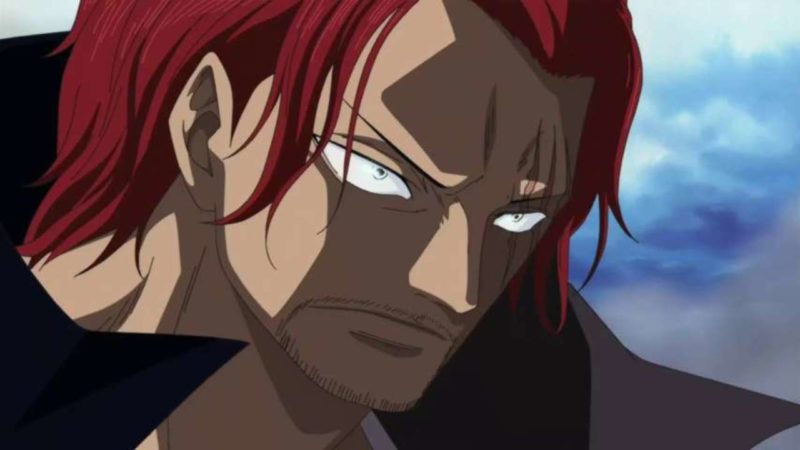 You know, it’s a shame that Shanks lost one of his arms. Not that Luffy isn’t worth it, but, we would have loved to see just how powerful Shanks really is if he had all of his limbs.

Then again, it’s not like he’s lost much of his strength despite being one-handed.

One of the four Yonko, a word coined and used to describe the four most notorious and powerful pirate captains in One Piece, two of the greatest feats of Shanks’ strength was his ability to go blow-by-blow against the deceased Whitebeard, a former Yonko, and shrug it off as nothing (he even made the weaker members of the Whitebeard Pirates pass out due to his Haki), and his presence alone being able to put a stop to the battle in Marineford.

So far, we haven’t really seen Shanks go all out in a fight.

However, the fact that he’s done so much already in One Piece without so much as sweating means that he’s a big deal, and when he does go all out, we’re pretty sure it’ll be all worth it. 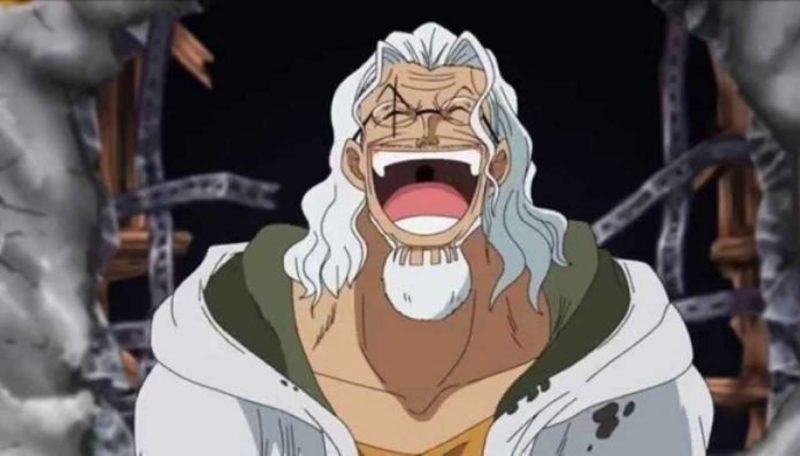 You don’t become the first mate of the Roger Pirates and the right-hand man of the “King of the Pirates”, Gol D. Roger, if you’re nothing, and Silvers Rayleigh is certainly no slouch.

Despite his advanced age, Silvers Rayleigh is still widely feared and considered a dangerous threat. His mastery of Haki is second to none, and it’s because of this that he was able to fight on equal grounds against an extremely powerful Logia user in Kizaru, one of the marine admirals who is also considered quite the powerful swordsman himself.

Just like with Shanks, we’ll probably never find out just how powerful Silvers Rayleigh was in his heyday.

Even so, we’re not really willing to bet against Silvers Rayleigh. 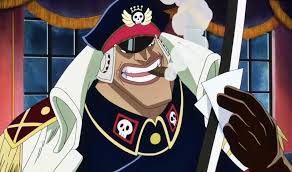 You know you’re a bit more than just evil when you get locked away for being too violent with the prisoners of Impel Down, One Piece’s version of a high-security prison where supposedly some of the biggest and baddest criminals in the world are housed.

A testament to how strong Shiliew is as a pirate and as a swordsman is how he managed to strike down a couple of Impel Down officers in one fell swoop.

Not only that, but Magellan trusted him enough to take care of Blackbeard, and although we know how all of that turned out – Shiliew has since joined Blackbeard and is the second commander of the Blackbeard Pirates – it just goes to show how capable Shiliew really is.

Considering that Shiliew is part of the Blackbeard Pirates, we’re bound to see him in a fight sooner or later.

Until then, just by association alone and from the brief showcase of powers we’ve seen so far, we’re ranking Shiliew this high as one of the strongest swordsmen in One Piece. 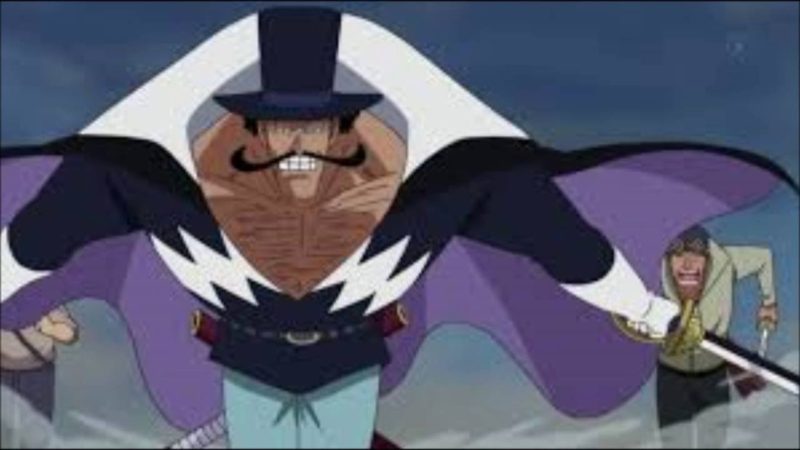 Vista seems to be an underrated fighter in One Piece among fans, and he shouldn’t be. Being the commander of the 5th division of The Whitebeard Pirates should command a lot more respect.

Thankfully, the other characters in the series seem to hold him in high enough of a regard, with Mihawk even complementing Vista as the strongest swordsman in The Whitebeard Pirates crew, with the two of them appearing to be evenly matched for a while.

We haven’t really seen the full extent of Vista’s powers, so we’ll never know if he deserves to rank any higher.

What we do know is that he’s powerful enough to rank this high just by being able to go toe-to-toe against Mihawk and being proficient enough to be able to cut through Akainu. 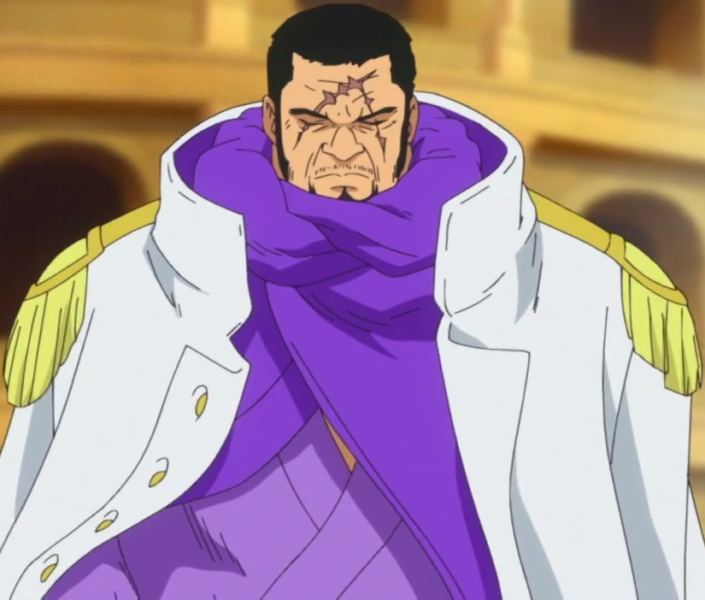 A marine admiral, Fujitora could very well be the most skilled and most powerful swordsman within the ranks, even topping the likes of Aokiji and Kizaru.

Choosing to wield his sword in a reverse-grip style, Fujitora is also blind, making his sheer skill and talent even more of a marvel considering how he’s been able to shrug off Zoro and Luffy, as well as fight equally with Sabo, whose fighting prowess and use of the Mera Mera No Mi devil fruit is not to be scoffed at.

An equally strong Devil Fruit user that can control gravity, Fujitora is not a swordsman to be messed with. 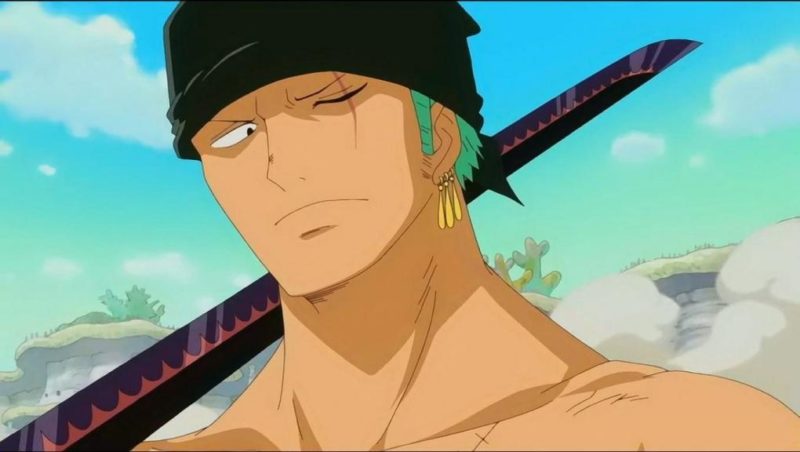 By the end of the One Piece series, we’re hoping that Roronoa Zoro, the first mate of the Straw Hat Pirates, improves enough to actually become the most powerful swordsman in all of One Piece.

A hard worker whose work ethic is unrivaled, Roronoa Zoro’s evolution throughout One Piece has been amazing.

First starting off as an infamous swordsman from East Blue with huge dreams, Roronoa Zoro is now much closer to realizing all of his life’s goals than ever before, and it’s all thanks to how immensely powerful he has become as a swordsman. 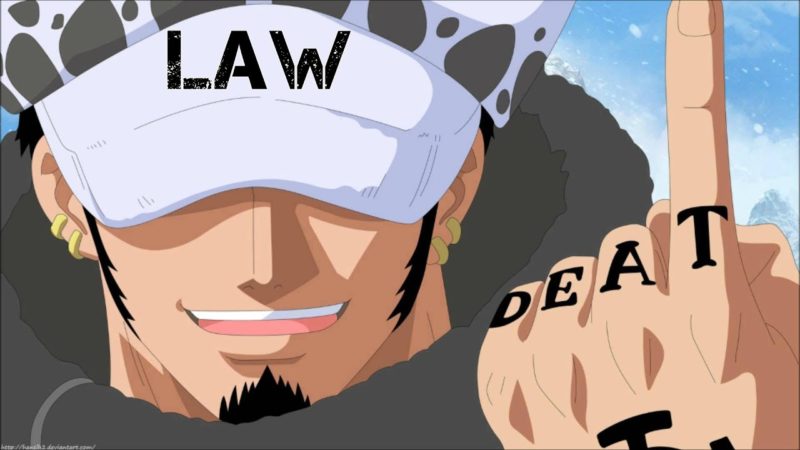 Just how much of Trafalgar D. Law’s prowess as a swordsman is owed to his mastery of his Devil Fruit powers is something that we’ll never know, but what we do know is that it doesn’t take an expert to tell just how much skill it takes to cut people up without them even feeling it and put them back together the way he sees fit.

And, hey, when you’re able to cut apart mountains and a meteor in half, it kind of feels like you deserve a free pass as one of the most powerful swordsmen in One Piece. 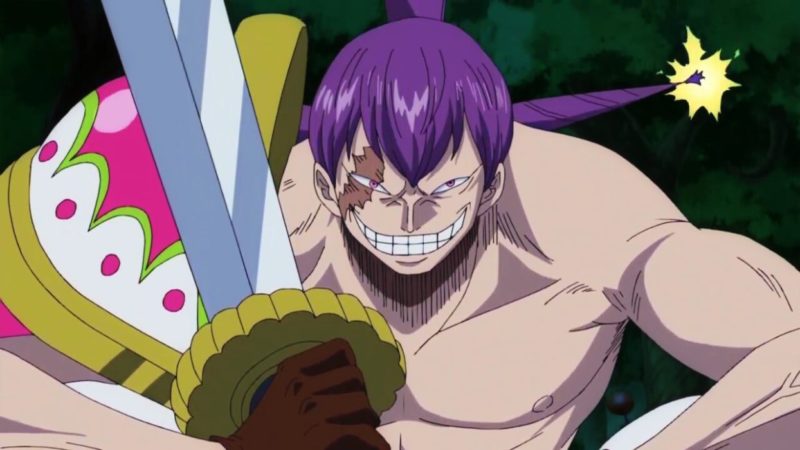 One of the Three Sweet Commanders of the Big Mom Pirates, Charlotte Cracker’s rank within the crew’s hierarchy is second only to the Yonko herself, Big Mom.

He is also an extremely skilled swordsman who has mastered the art of wielding Pretzel, a double-edged sword that’s much, much larger than he is.

Proof of Charlotte Cracker’s skill and power is how he was able to cut through Luffy’s Gear Four-enhanced Haki defense. 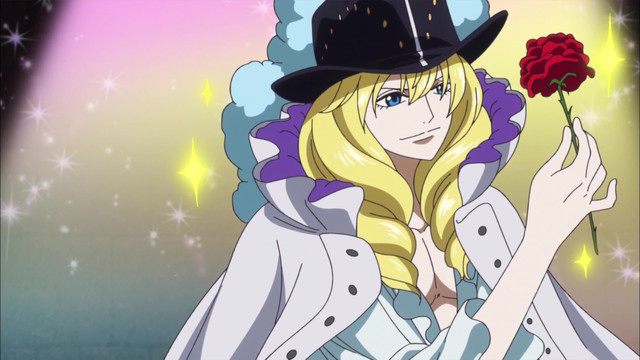 Cavendish’s ranking here is less about what he’s done already so far and more about his potential.

Also known as the Pirate Prince, this famous Super Rookie is the captain of the Beautiful Pirates and has been referred to as a “Genius of the Sword” by marine Vice Admiral Bastille. However, as good of a swordsman Cavendish is, it’s his alter-go, Hakuba, that could potentially make him leap up on our rankings if not for a couple of weaknesses.

As Hakuba, he was able to strike down twenty fighters of Block D in an instant, and that could have been 21, including Rebecca, if he just wouldn’t fall asleep in the middle of his rampage.

If Cavendish develops better control of his dominant personality, there’s little doubt that he could easily content for the title as the strongest swordsman in all of One Piece.

For now, he’ll have to settle for the #10 spot on our rankings of the strongest swordsmen in One Piece.

There are plenty of powerful swordsmen in One Piece, some of whom we might have missed on our list (maybe Kozuki Oden?), while others may still have yet to come in future arcs. Perhaps the best swordsmen may come from the Wano arc after all (since they’re the land of samurai).

Either way, based on what we’ve seen so far, we firmly believe that these ten represent the best that One Piece has to offer.

At least, as far as being a swordsman goes.

But, of course, feel free to disagree, and if you feel like we missed out on someone that you think is deserving to be ranked here, be sure to let us know.