It is located near Cafe’s Richard, Motorino Pizza and Burger & Lobster. Here’s a short review of the food at Tampopo. 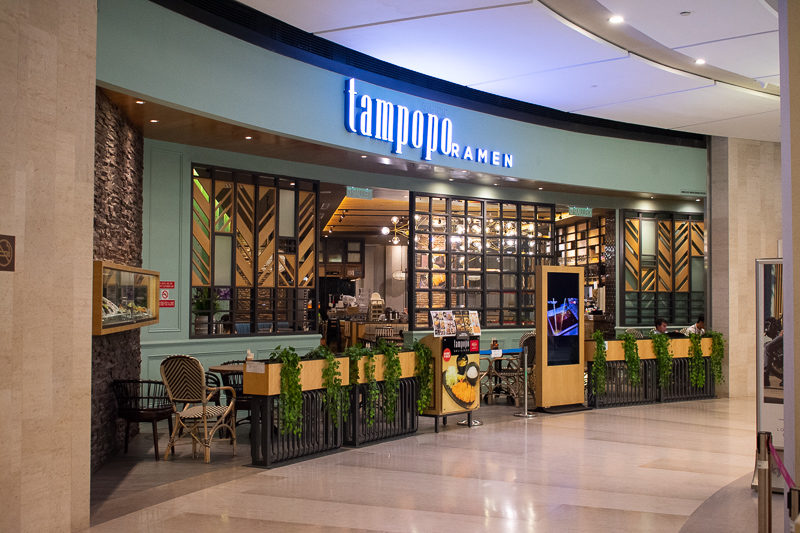 It’s also called Tampopo Ramen as you can see from the photo above.

I had no expectations whatsoever before trying it nor did I read any reviews of it beforehand. 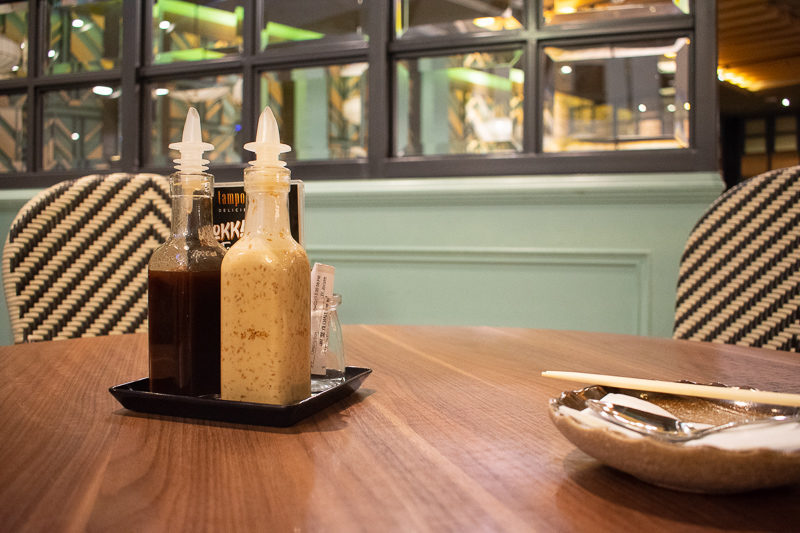 One thing I noticed is that they put their sauces on the table. One is the sesame dressing and the other is probably a more sourish sauce.

I love the sesame sauce whenever I eat at a Japanese restaurant so that’s a plus for me. Only issue is it was hard to get the sauce out. 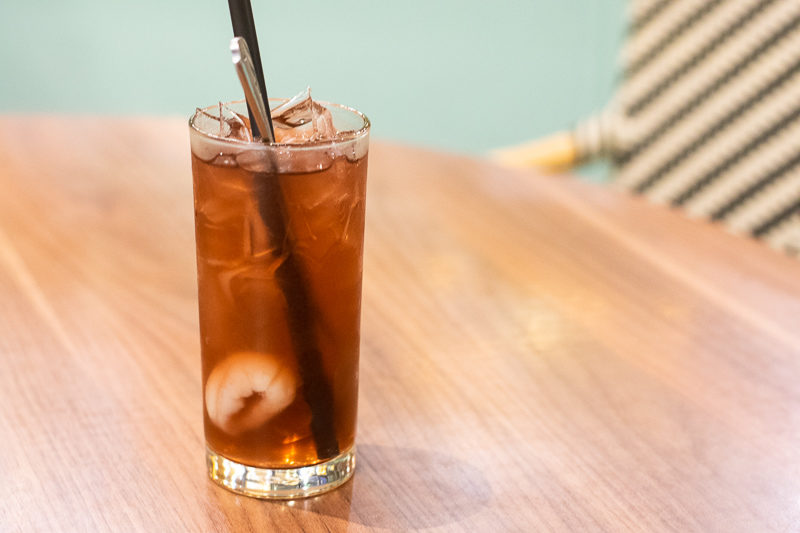 I ordered the tea with lychee inside of it. It was decent. 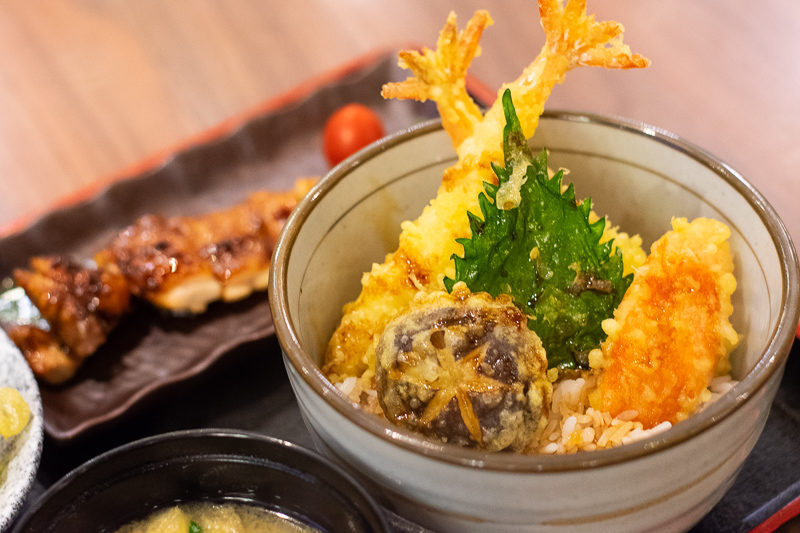 For the main course, I ordered the set that was promoted in their menu. It came with a tendon, chicken teriyaki, soup and some salad.

The tendon was okay I guess. I thought that the deep fried food was normal, but not really amazing.

There’s a Japanese restaurant in Singapore with the same name but they may not be related. The one in Singapore is well-known and always has a long queue.

This Tampopo on the other hand didn’t have that many customers when I went there. 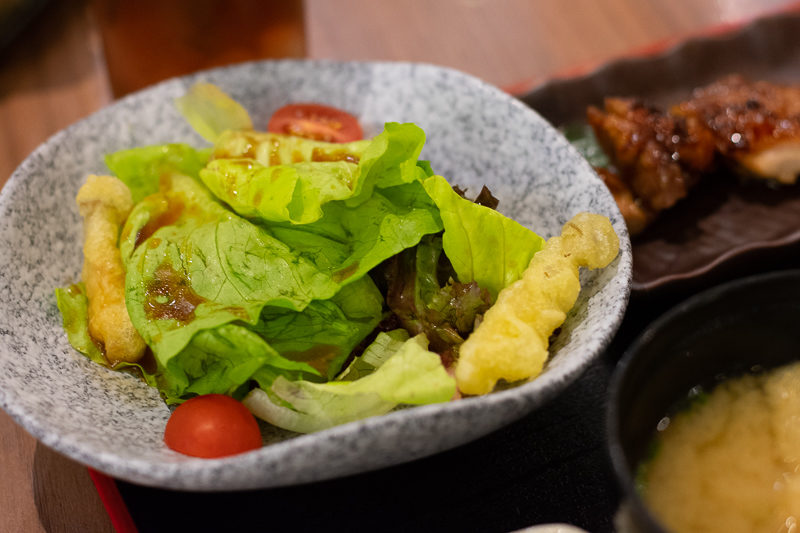 The salad, again, was normal. Not sure what the fried stuff were but they didn’t help the dish. It was a bit soggy. 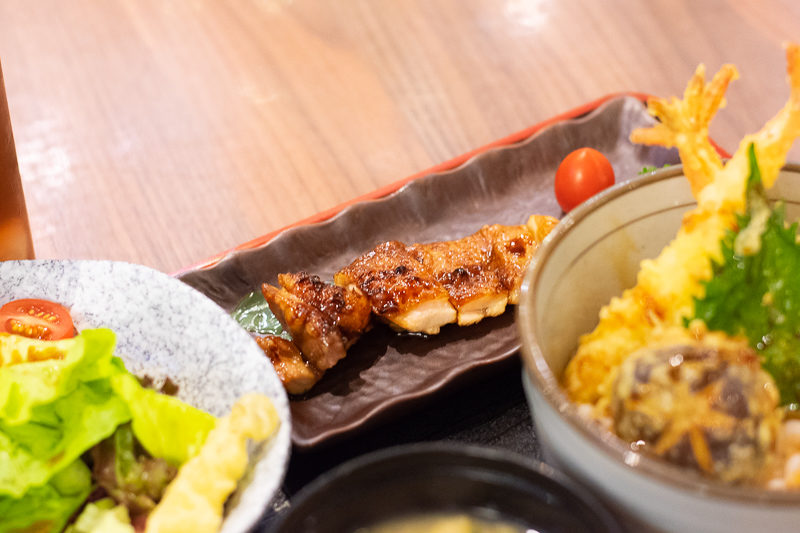 The chicken teriyaki was decent and probably the best part of the dish. This set wasn’t quite filling to me since I’m a big eater.

The portion is probably good enough for most people though. 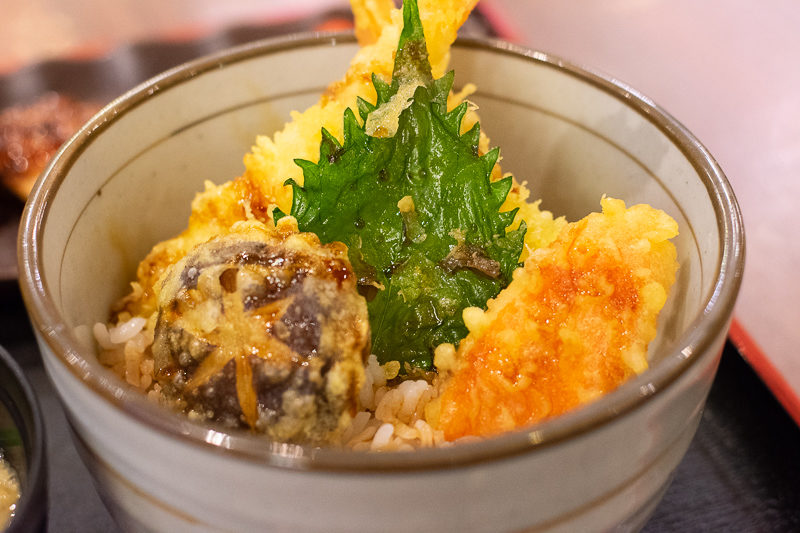 Overall, the food at Tampopo Sky Avenue (Genting Highlands) isn’t that spectacular. At least what I ordered wasn’t.

I’ve had Japanese food that are much better elsewhere.

I wouldn’t really recommend this place to someone who really loves Japanese food, as the food is just okay.