Who The Hell is Leviticus Cornwall is a mission in Red Dead Redemption 2 in Chapter 1.

Your task is to follow Dutch and the rest of the gang to rob a train owned by Cornwall.

Here’s a walkthrough of Who The Hell is Leviticus Cornwall in RDR 2. 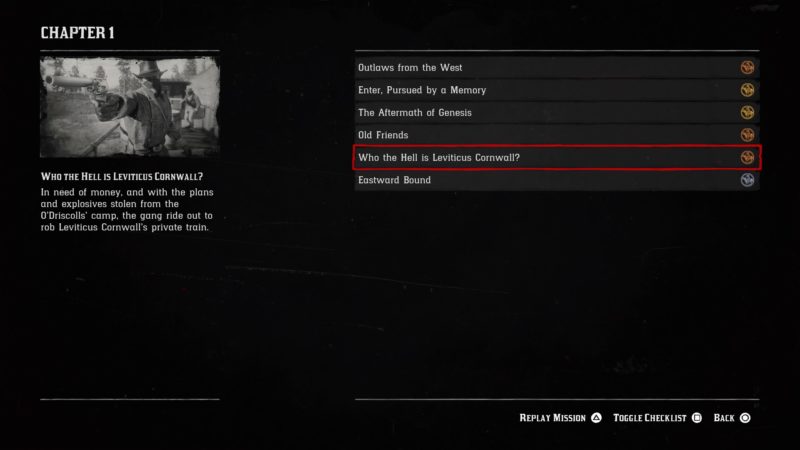 During the cutscene, Dutch will ask the gang to rob a train, based on intel taken from the O’Driscoll’s.

Follow Dutch and the rest to the designated location. 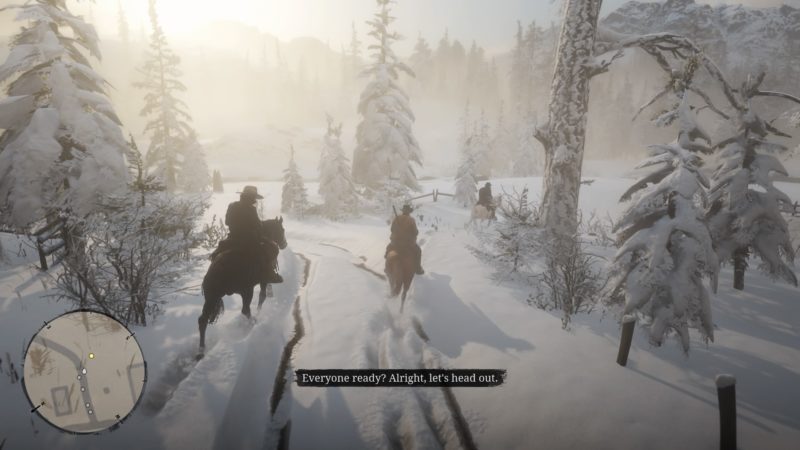 The gang will stop at a ledge. 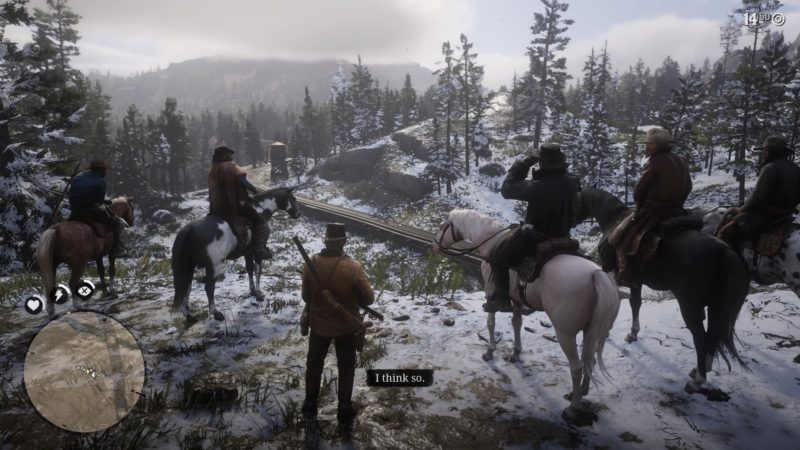 Set up the detonator

You will see Bill near the train tracks. Go towards him to find out if the detonator is doing fine.

Help him spool the wire. 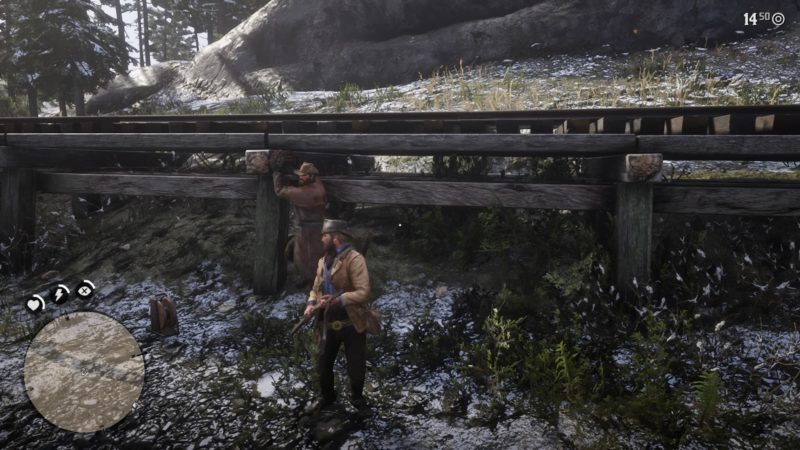 Pull the wire until you reach the detonator. 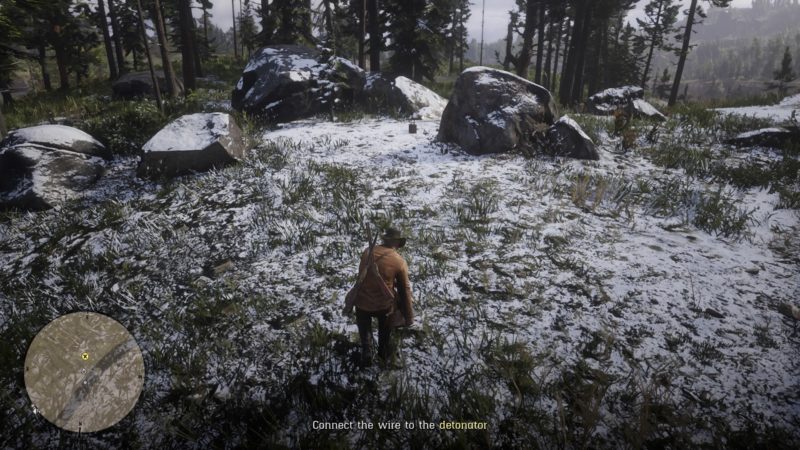 Fix the wire to the detonator. 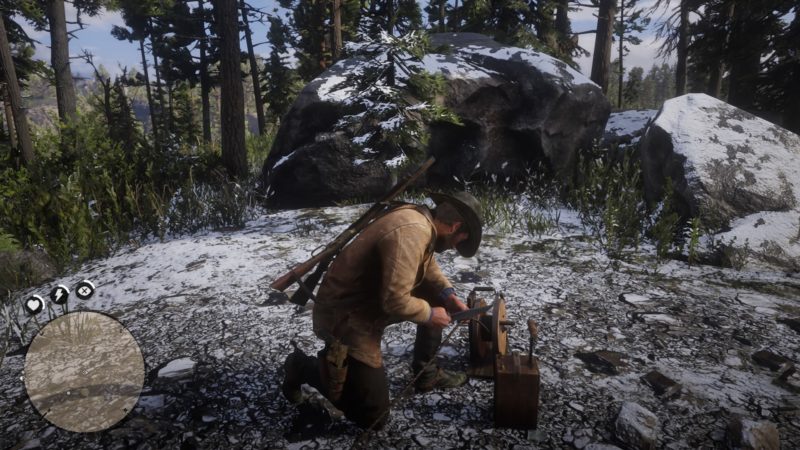 Get back to the rest of the gang once you’re done. During the cutscene, the dynamite fails to explode. 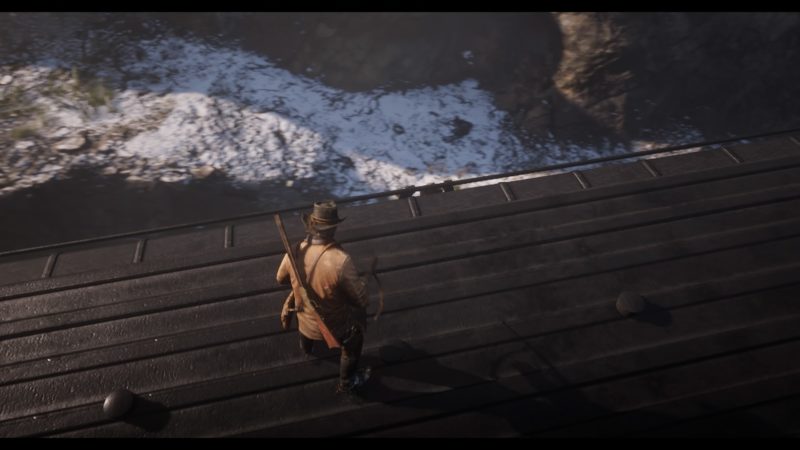 Now, just head towards the front of the train. On the way, you’ll meet many guards. Kill all of them. 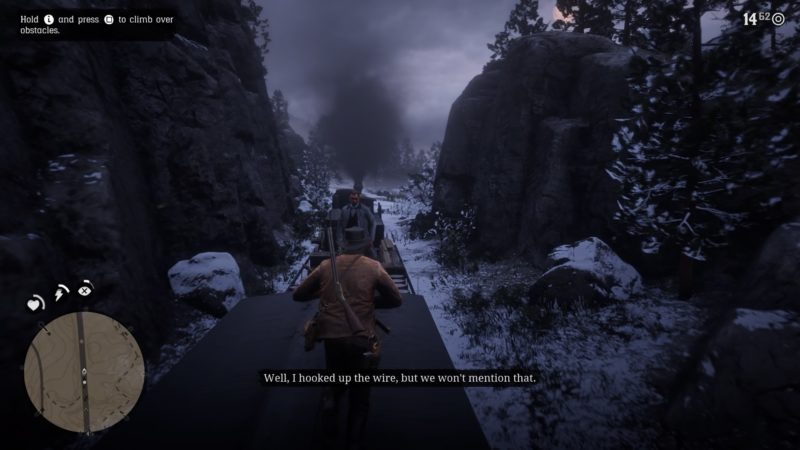 Walk through the train cars and there’ll be many guards inside. You can use dead eye to kill them. 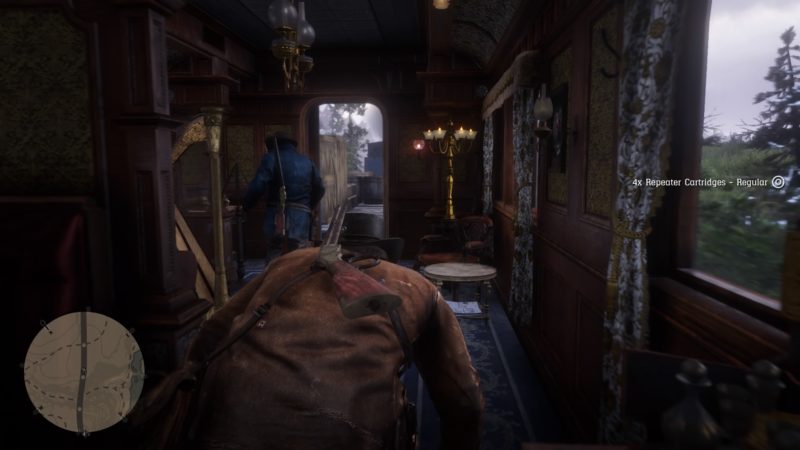 As you’re approaching the front, you’ll be grappled by the train engineer. Break free and beat him up. 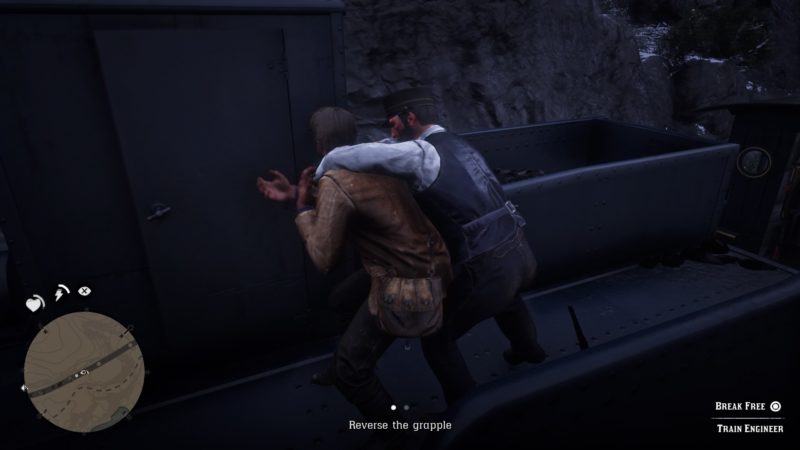 Once you’re done, enter the front of the train and stop the train. 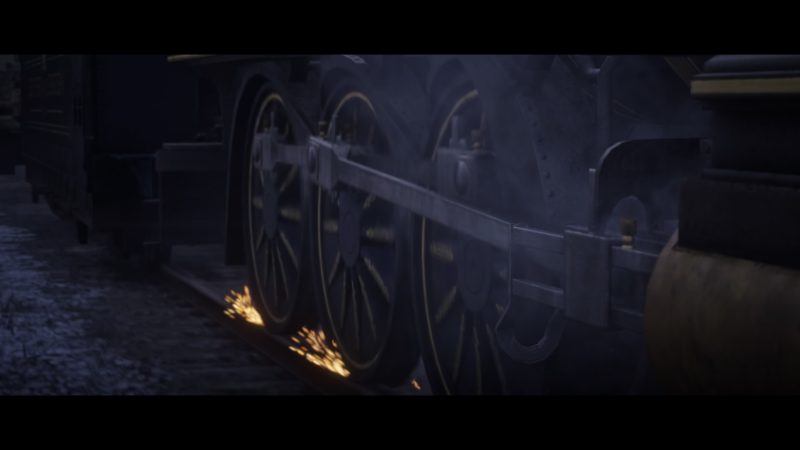 After the train stops, many guards will come out of the train. Kill all of them. 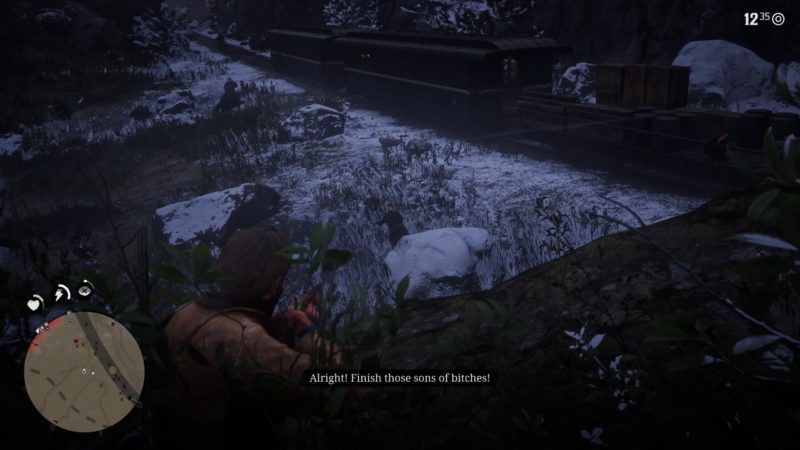 You and Lenny will deal with them. Keep going forward and take them down. 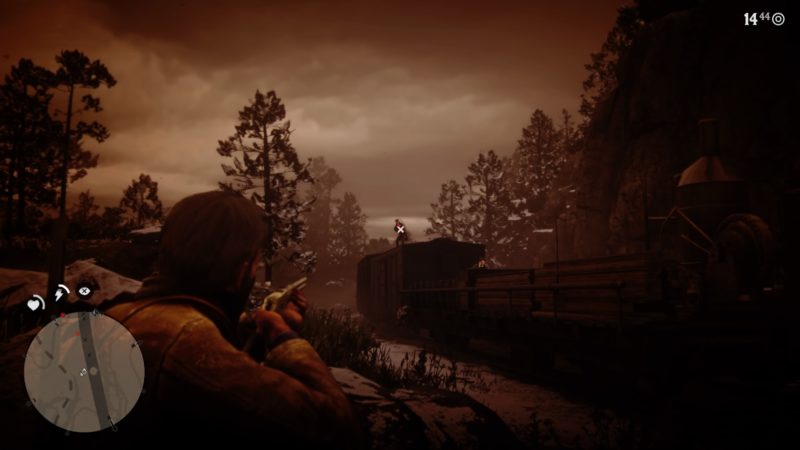 After some time, your gang will arrive and finish off the rest.

Walk back to your gang members. 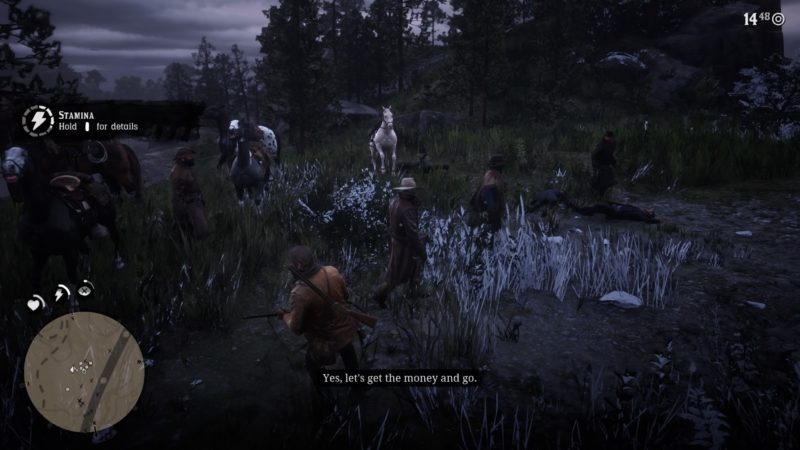 The last car is the one with the goods and there are people inside. Shoot the train until Dutch stops you guys. 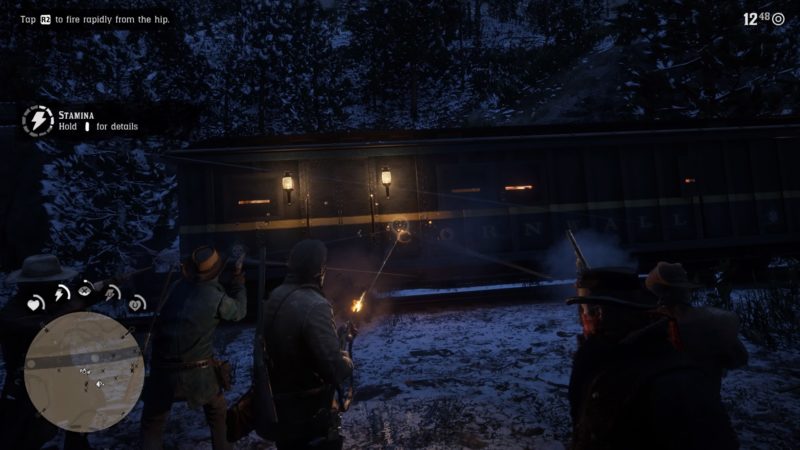 Next, plant a dynamite on the door and light it up. The door will explode open. 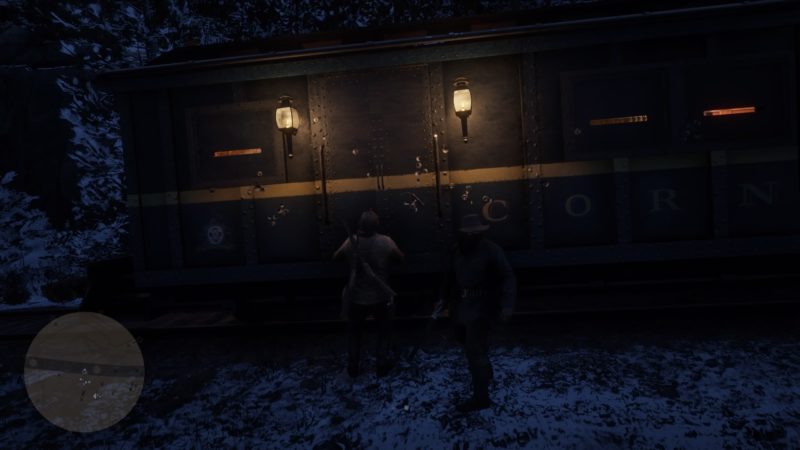 As Cornwall’s men get out, get into the train to look for valuables.

You should find some money inside and most importantly, some bearer bonds. 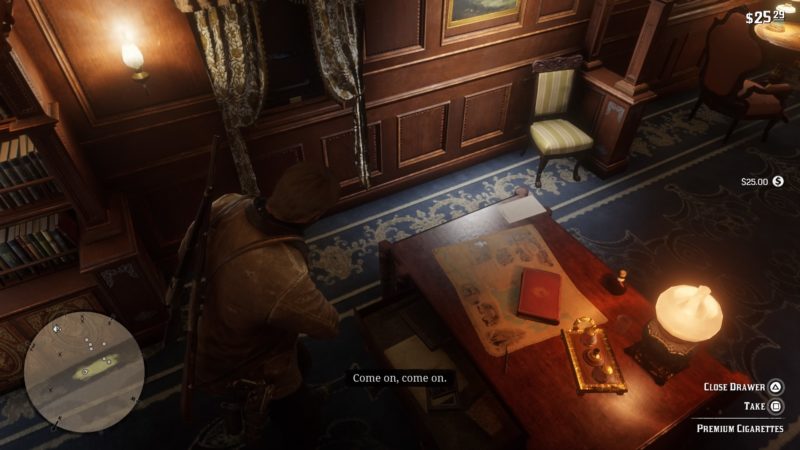 The bonds are located at the deepest part of the car, inside one of the shelf’s drawers. 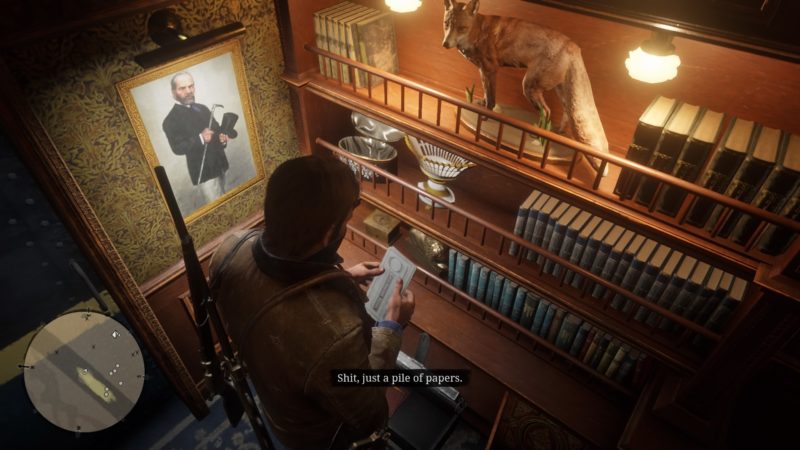 Deal with the guards

Once you’ve gotten the bonds, deal with the three guards. You can choose to kill them or keep them alive.

Killing them will reduce your honor. 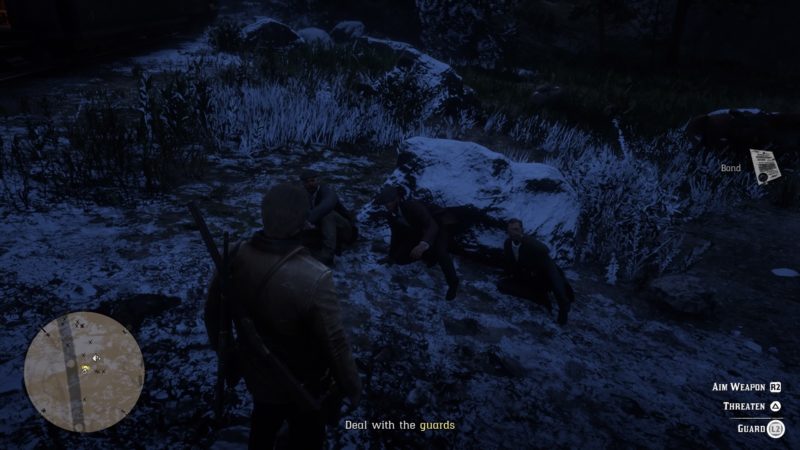 Next, get back to the front of the train to start the train again. 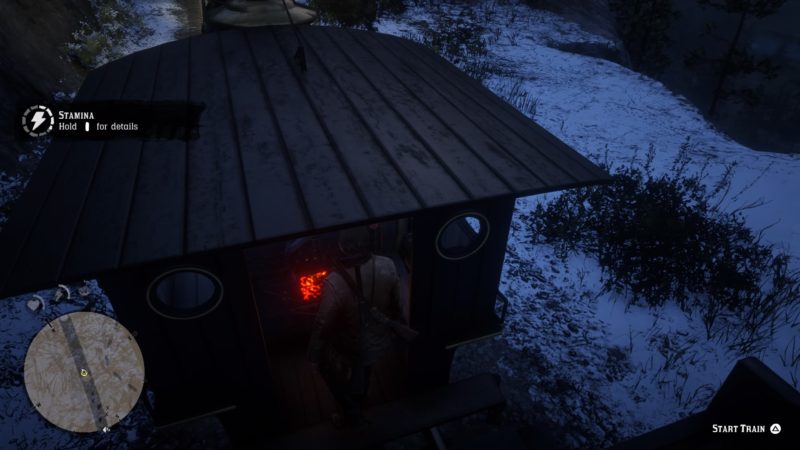 The objectives are as follows: 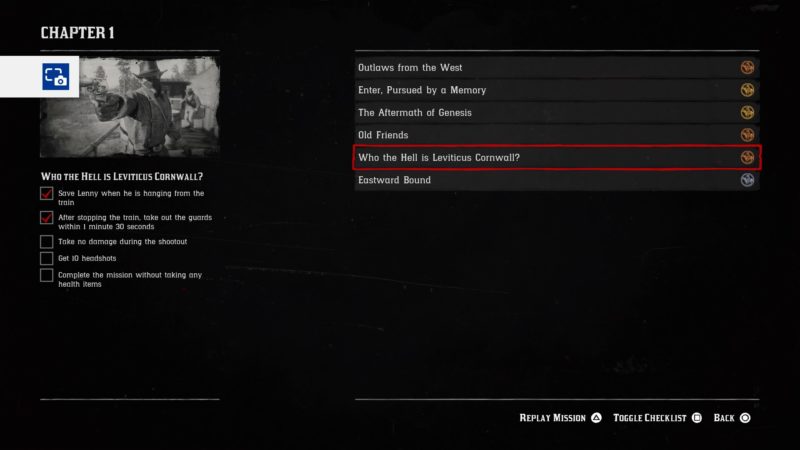 How To Find The Strange Man’s Cabin – Red Dead 2