Are you playing games on PC or console? Actually, it doesn’t really matter as 2019 comes with new releases for all platforms.

These are the games that everyone will be playing in the upcoming year.

We are glad to say that some of the most anticipated games have been finally confirmed for a 2019 release.

Here are 26 games that are highly anticipated for the year of 2019. 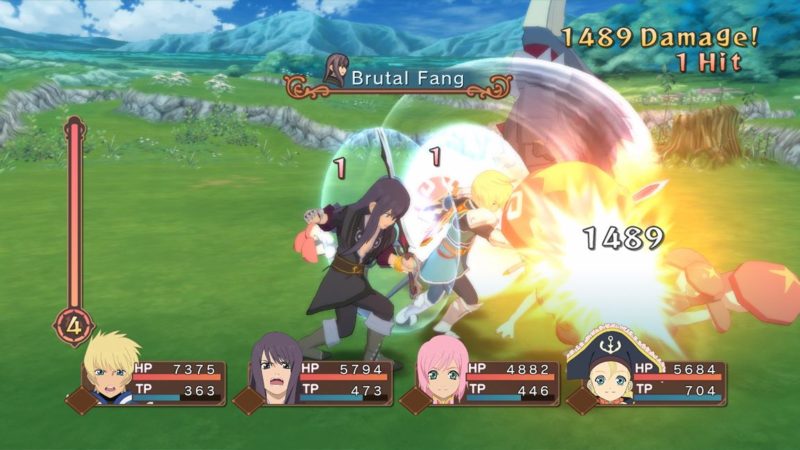 The popular JRPG released in 2008 is finally available worldwide in a remastered edition on January 11. The game is already available for pre-purchase. 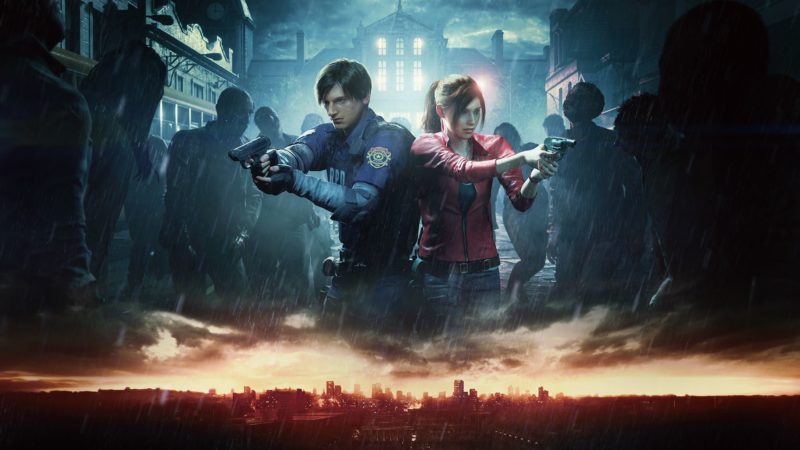 Another most anticipated release of 2019 is a remake. The classic 1998 Resident Evil 2 is getting remastered. The remake has third-person shooter perspective similar to Resident Evil 4.

Fixed camera angles are no longer used like in the original game. These changes promise to deliver the same survival horror experience but in a more modern manner.

If survival horror is not really your thing, then you got a hopefully great construction and simulation game to look forward to on January 25. The sixth installment of the Tropico series comes with multiple islands development, palace customization, research system, election speeches, multiplayer, and anything else you might need to become the best digital authoritarian ever.

PlayStation 4 and XBox One releases are expected later in 2019. 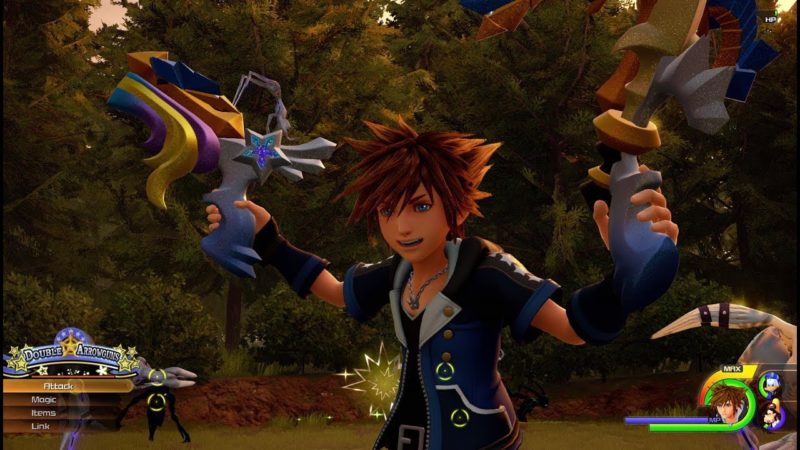 If the last two games are not to your liking, don’t despair. We got one more release for January 25. Kingdom Hearts 3 concludes the Dark Seeker saga. It features the beloved protagonist Sora and well-known Disney characters such as Goofy and Mickey Mouse.

The gameplay follows in the steps of the previous Kingdom Hearts games with hack and slash combat.

Get ready for action packed gameplay and the continuation of the God Eater 2 Rage Burst story in the new God Eater 3. The new installment features a special Burst Arts attack that will be usable in Burst Mode.

It’s an attack that is customized based on play style. Burst Arts Effects deepen the character customization. 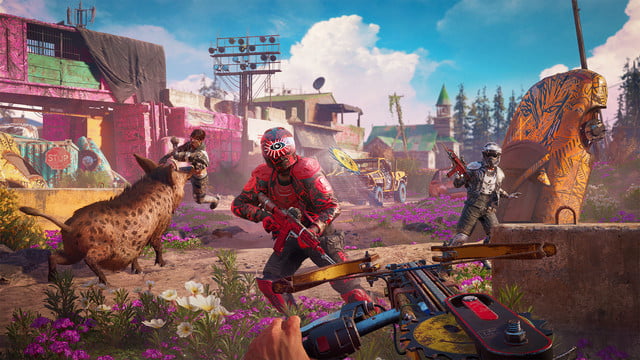 The sixth game in the Far Cry franchise is a story sequel of the previous Far Cry 5 game. The gameplay is based on the same principle as the other games: action first-person shooter in an open world. The setting is the post-apocalyptic world of Montana.

This is a consequence of the nuclear war from the previous title. Players will be able to recruit human and beast companions, unlock travel points, and develop their headquarters.

Crackdown 3 is an action adventure game in which players fight against powerful bosses in an attempt to destabilize the Terra Nova organization.

The sequel to Metro: Last Light is coming in mid February 2019. The story picks up two years after the events of the previous game. The gameplay is based on first-person shooter action with survival and stealth mechanics.

February 15, 2019 is a good day for gamers. Another heavily anticipated title releases on this day. This one is a fighting game that features characters from popular anime series such as Naruto, Dragon Ball, One Piece, Bleach, Hunter x Hunter, and Fist of the North Star.

More than 30 playable characters are available on release day. The gameplay has 3-on-3 tag team battles. 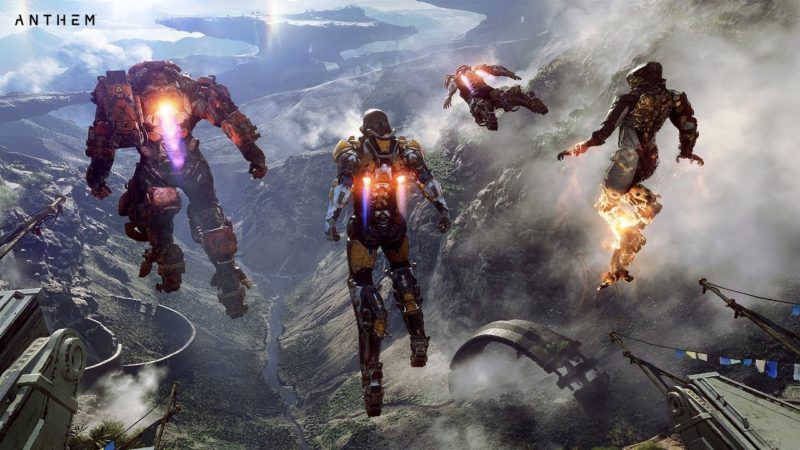 Do the studios know that there are 11 more months other than February? Towards the end of the month, we have another extremely anticipated game set for release. BioWare’s Anthem is finally ready to go live after a seven years long development cycle.

The game has third-person shooter and RPG mechanics. It takes place in an open world and supports up to four players co-op interaction.

We’re ending the most gamer friendly month of 2019 with a famous city building strategy game. Anno 1800 focuses on the industrialization era and it’s set in the 19th century.

If you’re craving some RTS gameplay with turn-based elements, then keep an eye on Total War: Three Kingdoms. The game takes place during the Three Kingdoms era.

Players will control one faction and wage war against the other 10. Historical figures like warlord Cao Cao and general Sun Jian are present in the game as faction leaders.

The players can choose from two modes. Romance mode buffs the generals while Classic mode is closer to the historical reality. 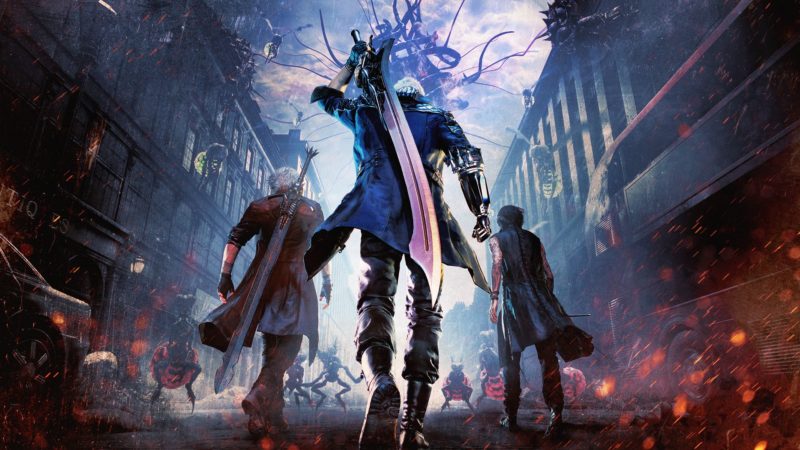 Join Dante, Nero, and the new character V in the fifth installment of the Devil May Cry series. This next title is a hack and slash action adventure game just like its predecessor. Combat is a main gameplay element.

Players can take out their enemies in different ways. They get rated based on moves, combos, and efficiency. Story wise, Devil May Cry 5 is set after the events of Devil May Cry 2.

The second installment in Tom Clancy’s The Division series is coming in March 2019. The first game had its share of popularity when it was released but, unfortunately, it didn’t really manage to capture the player base. We hope that The Division 2 fares better. It’s a multiplayer action RPG that encourages players to work together.

A teaser trailer was shown at the Game Awards 2017 but it was the E3 2018 presentation that created hype among the players. Luckily, we didn’t have to wait long to see if the game lives to the hype.

This is one of those rare cases in which the release date emerges before game details. Mortal Kombat 11 promises to deliver the same exciting fighting gameplay and to add new features like custom character variations. This is a new customization system that will allow players to personalize fighters. The roster contains beloved characters and also new names. 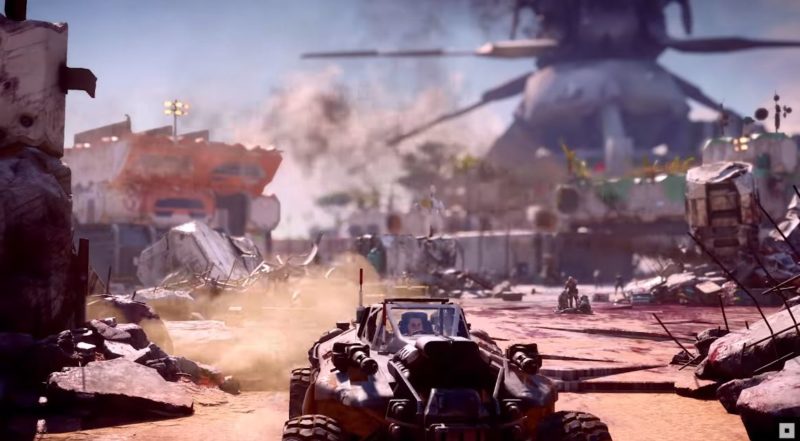 Nine years ago, Rage was voted one the best games of 2010. It took nine years for a sequel to be made and we can only hope that it’s as good as the first game.

The game is an open world FPS set in a post-apocalyptic environment. An arsenal of varied weapons including the classic wingstick is available. Ranger Walker is the playable protagonist of the game.

Team Sonic Racing is a kart racing game set in the Sonic the Hedgehog universe. Fifteen Sonic characters are available at launch. Racers are characterized by a driving style such as speed, technique, or power. Co-op is a big part of the gameplay. This makes Team Sonic Racing different from other racing games.

Teammates share power-ups and get points for teamwork. The team with the most points wins. 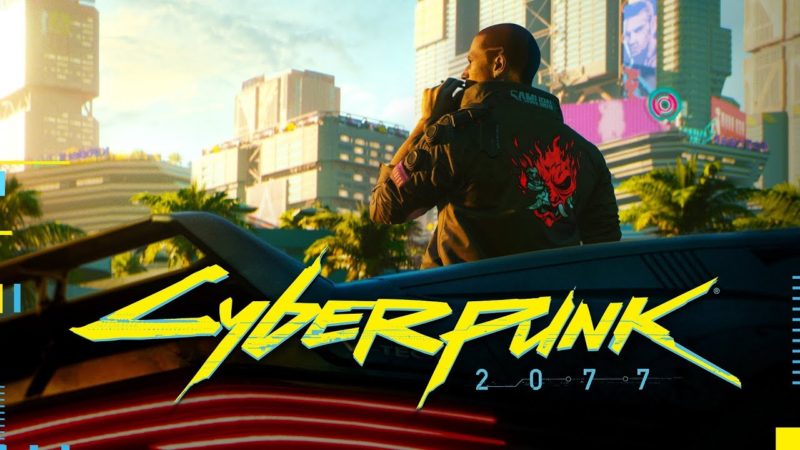 We can hardly keep track of how many times Cyberpunk 2077 was featured on a most anticipated games list. Although it hasn’t been officially confirmed, it’s rumored that CD Projekt’s next game is releasing in June 2019. Two game trailers and a gameplay video were already shown so fingers crossed for a 2019 release.

They are well known for their highly successful game of the year Witcher 3. 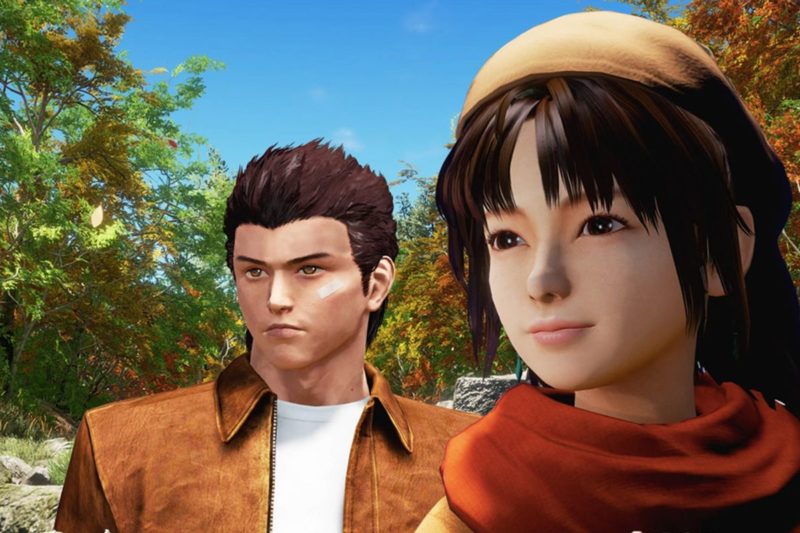 It took eight hours for Shenmue 3 developers to secure the necessary funds on Kickstarter. The game became one the fastest crowd-funded games.

The initial $2 million goal was achieved in eight hours and the campaign raised $6 million in total. Shenmue 3 is a martial arts themed action adventure game set in the late eighties.

A new Animal Crossing game was announced in September 2018. Only the year of release was revealed. We don’t have any other official news but we’re confident that more details will soon surface.

Everyone’s favorite feisty witch is returning in the third installment of this action adventure game. We have official confirmation that the development is on the right track and that the studio is happy with the progression so far. We are eagerly waiting for a release date.

The release was delayed once so we are confident that a 2019 release is still possible. Fire Emblem: Three Houses features four characters and tactical RPG mechanics. 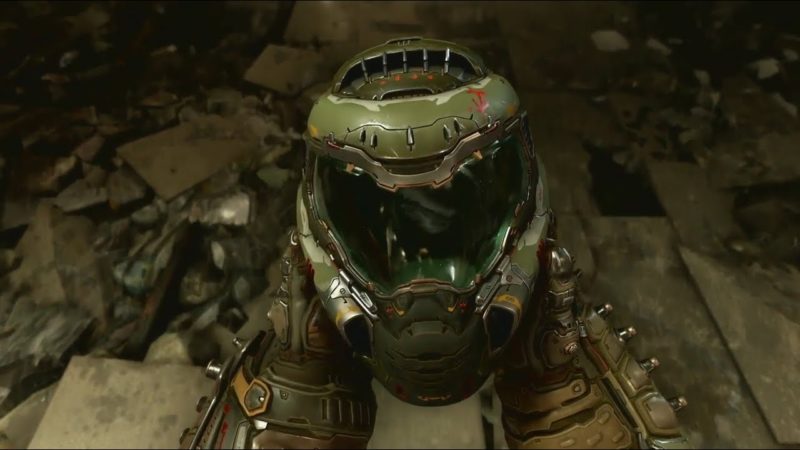 The Doom Slayer is returning in 2019. Doom Eternal is an FPS in which players use a wide range of weapons to take out demons in various ways. New gameplay mechanics include wall climbing and dashing. Invasion is an asymmetric mode that allows players to join other players’ campaign as demons. 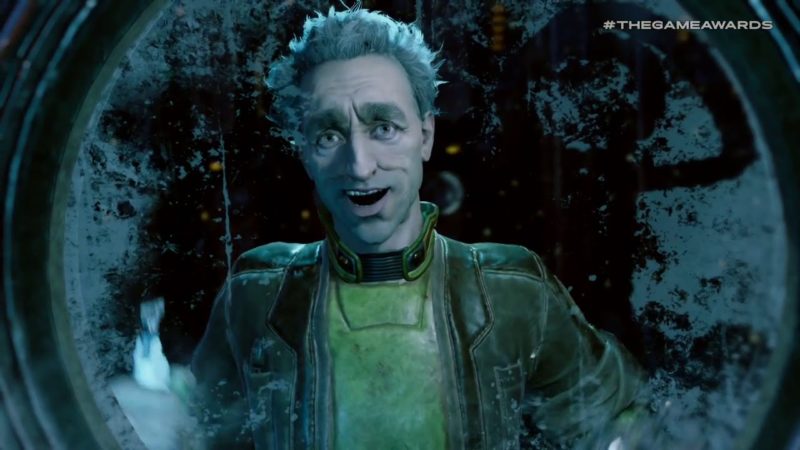 Showcased at the Game Awards 2018, The Outer Worlds is an action RPG from Obsidian Entertainment. Gameplay features companions, decision based progression system, XP based character development, and a flaw system that debuffs players based on their weak gameplay segments.

They recently released a trailer to say that they were the original creators of Fallout just to throw shade on the latter’s ‘failures’ recently. 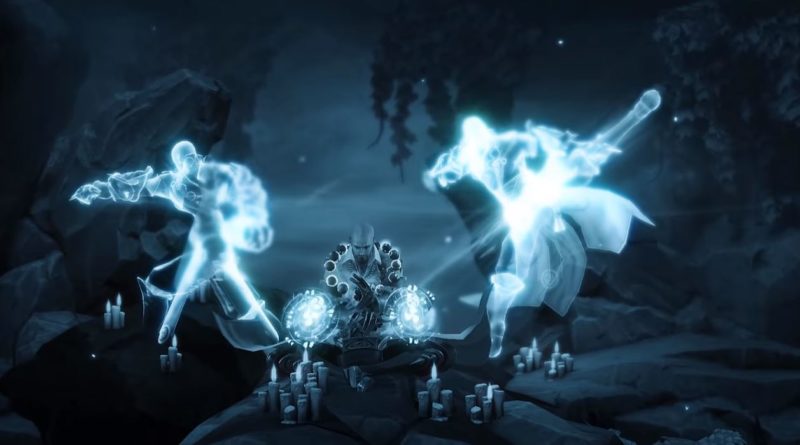 Release Date: Sometime in the future.

Platform: Don’t you guys have phones?

No, seriously. We’re actually curious to see Diablo Immortal. Blizzard got some well deserved backlash for their decision to make a mobile Diablo game when everyone was hoping for Diablo 4 but, in all honesty, can you say that you are not interested to see how Diablo Immortal turns out?

Most Anticipated MMORPGs In 2019