One of the important forging concepts you should know of in MapleStory M is fusing.

Fusing allows you to create a new equipment using two max level equipment of the same type and rank.

Here’s a short guide on what fusing is in MapleStory M and some common questions.

1. How to fuse equipment in MapleStory M

Not sure where to find it? Go to “Forge” and look for “Fuse”. 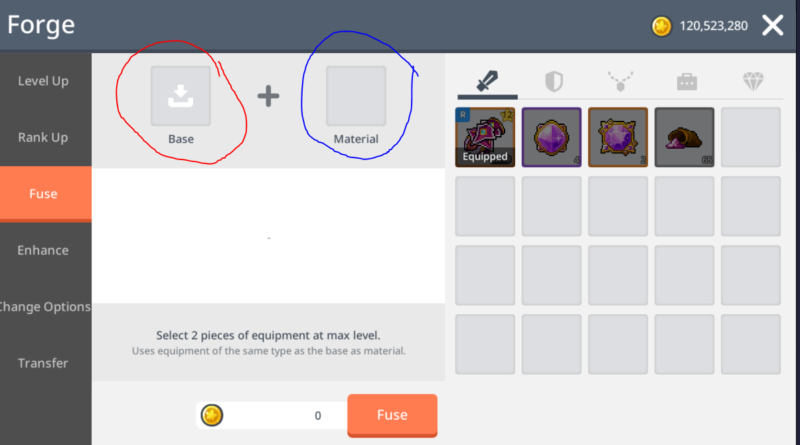 You will notice one slot for base and another for material.

Whenever you fuse, the class of weapon or armor you get depends on the base material.

For e.g. if you fuse a Jaihin claw, you may get another claw. It can be any of the four claws like Briser or Halphas. You won’t get another type of weapon.

Furthermore, the stats are random. It doesn’t follow your previous stats. So don’t use your perfect base attack (PBA) weapon for fusing.

As for material, you can use any equipment of the same category. If your base is a weapon, your material must be a weapon.

Similarly, if it’s an armor, the material has to be an armor. Both items have to be of maximum level, same rank (e.g. epic) and same category (armor/weapon).

You can fuse a claw with a spear, if that clarifies it for you.

2. Can I get emblem by fusing?

However, if you fuse two emblems together, you may not end up with a ranked up emblem equipment. It’s totally random, so don’t do it.

You’ll probably lose the emblem status. Best way is to just fuse two regular equipment with normal stats. Who knows what you will get?

Note however that the minimum rank for getting emblem is by fusing epic equipment and above.

That’s just the fusion cost. It doesn’t include the cost of leveling each equipment to the max and also the powder you need to level up.

Fusing two uniques will be around 40 million mesos if I’m not mistaken.

4. What happens to the enhancements / stars after fusing?

It depends on which equipment you put as base material. For e.g. if you have 10 stars on a claw, and you put it as base material, it becomes 9 stars after fusing. In short, you lose one enhancement / star.

However, if you use the 10-stars claw as the material and another weapon with no stars as the base, you will end up with no stars.

It depends on your base item! Put the right equipment in the right slots.

Most players aim to get an emblem equipment by way of fusing, which is pretty tough.

Personally, I’ve fused over 6 times and never got an emblem. The probability should be quite low.

Nevertheless, it’s an alternative to ranking up your equipment. Fusing two epics will give you a unique item, regardless of whether it’s an emblem or not.

Some people may not have enough gold leaves to buy rank up stones, so they find it easier to farm powder on alts and fuse equipment. 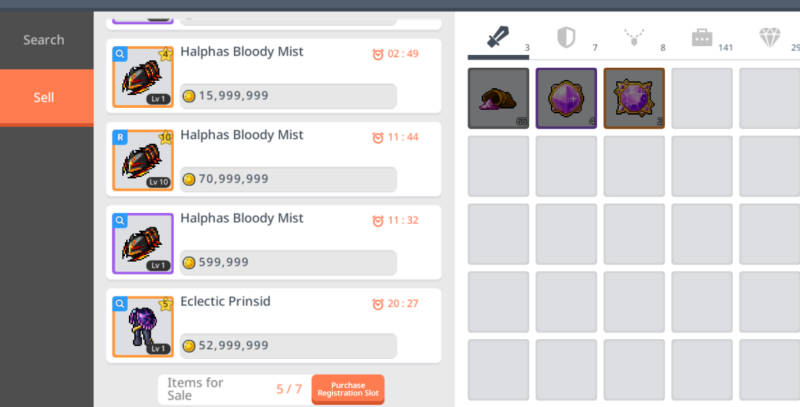 It’s also a good way for F2P and P2P players to make money off the Trade Station by selling uniques or legendaries.

You probably just need to spend a lot of time leveling your alt characters to level 82 and collecting refining powder to level your items to max level.

Once you’ve fused, you can sell your unique equipment in the Trade Station for good amounts of mesos.

How To Defeat Zakum And Horntail In MapleStory Mobile