MapleStory M is a new mobile version of MapleStory that was once hugely popular on PC. Most of you guys may have played it once in your childhood especially if you’re from the 90’s.

Mesos is the in-game currency of MapleStory and even in this mobile game, it’s incredibly important. You need mesos for plenty of things, like buying potions, enhancing and leveling weapons or anything that has to do with forging, or even buying good equipment and cash items in the Trade Station. Yes, some cash items can be sold in the Trade Station.

Here’s a brief guide on how to earn or farm mesos fast in MapleStory M. These tips may already be familiar to the veterans, but if not, I hope it helps. 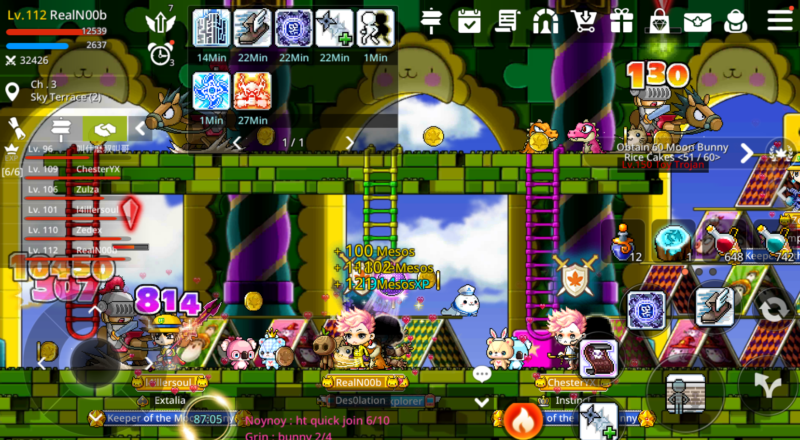 This seems to be the no.1 spot at the moment. Sky Terrace 2 is filled with Toy Trojans that are level 150, and are clearly meant for higher level players. That said, they aren’t tough to kill, so you will find plenty of level 90 and above farming mesos there.

You can access it by going to the Star Force Field (110) which is the hardest star force field right now. Once you’ve reached that field, enter the portal on your right. You will reach Sky Terrace 2. No teleport rock needed.

If you play solo, you should get about 200 mesos per kill. It decreases in a party depending on how many members there are.

These Toy Trojans also give an average EXP of around 1,400 which is good enough considering your objective is to earn more mesos.

You will also notice more people creating accounts with weird names simply for meso farming, and they probably sell them at some third party site. Do be warned that buying mesos is a risk and some players have been banned.

If you’re a free-to-play (F2P) player in MapleStory, this map is probably the best right now. You can also check out the neighboring maps like Cloud Terrace. The mobs also drops good amounts of mesos.

Apart from these places, mini dungeons also give comparatively better amounts of mesos and you can earn quite a bit in a short time. That said, entrance is limited to tickets and the mobs don’t give good EXP.

2. Sell items at the Trade Station 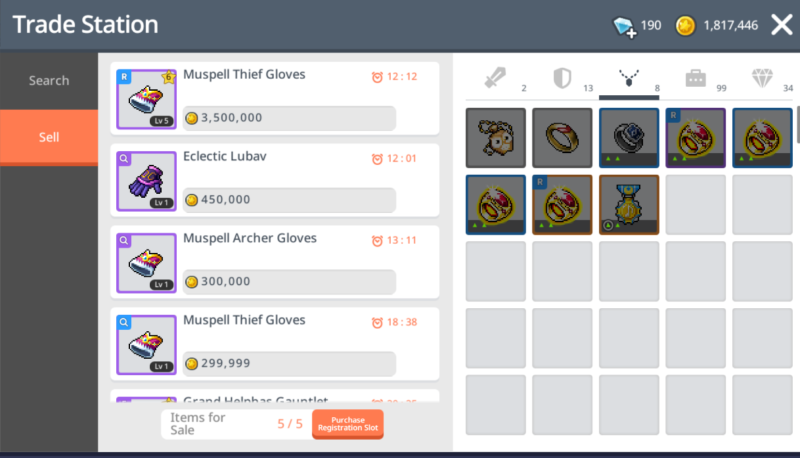 You can sell all kinds of equipment and consumables in the Trade Station. Even some cash items can be sold to other players (e.g. Muse Concert and Mounts).

If you have an equipment with perfect stats, you can sell it for a much higher price compared to those with regular stats. For e.g. I bought an epic claw for over 4 million mesos and it’s only like 100k for regular epic claws.

If you have an emblem equipment, you can probably sell it for over 100 million. They are pretty rare at the moment and you can get it either by buying the treasure box that requires cash, or fusing two of the same equipment with max levels. Your chances of getting an emblem by fusing is also pretty low.

Additionally, if you wish to have more slots to sell items, it requires cash as well, i.e. 70 diamonds per additional slot.

3. Buy Cash items and sell them (for P2P players) 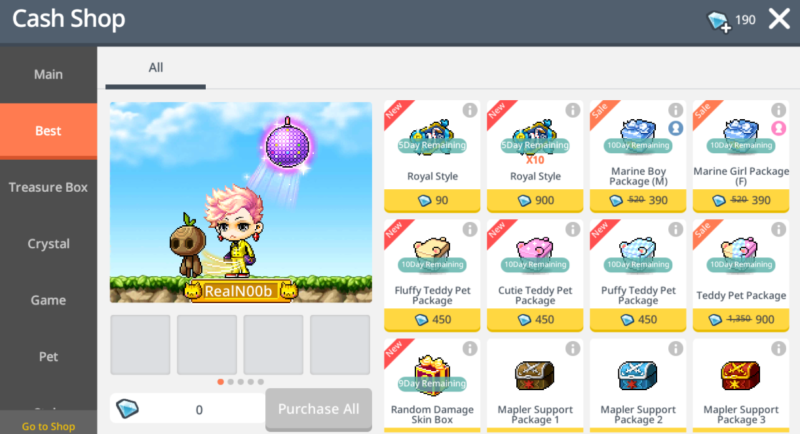 Following the previous point, you can buy cash items and sell them on the Trade Station. Of course, this doesn’t apply to F2P players.

Each piece of the Muse set can probably be sold for around 10 million mesos or more. Of course, you can buy the 10 + 1 treasure box that guarantees a unique equipment.

They recently released a random damage skin box as well, which gives you a fancy damage skin. Those are sold over 10 million mesos in the Trade Station. The prices vary according to different worlds.

If you’re willing to spend real money on this game, then it’s pretty easy to earn mesos. That pretty much goes without saying.

4. Sell off your useless items using the inventory

For items that are useless, especially those with normal rarity, you can just dispose them off using the “sell” button in the inventory.

You should get about 800 mesos per equipment. It’s not much at all, but it’s better than trying to sell them on the Trade Station since people are unlikely to buy.

Get rid of them by selling or maybe by extracting if you don’t need the mesos. Discarding them is a waste.

5. Gather epic equipment from Elite Dungeons and sell them for mesos 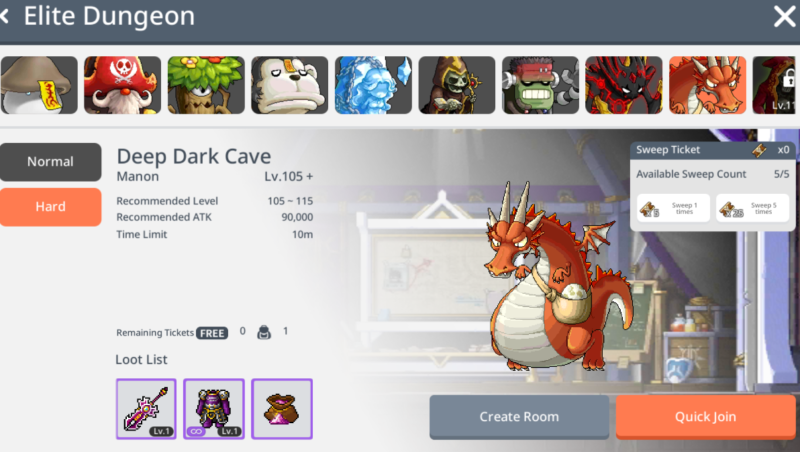 Next, you can also gain epic equipment if you complete the Elite Dungeon.

You get three free tickets for the Elite Dungeon every day plus another ticket if you complete all three. Keep doing to get at least 4 different epic equipment a day.

If you manage to get a perfect stats equipment, you can sell it for a lot of mesos in the Trade Station.

6. Use your alts to farm for powder and sell max level equipment

MapleStory M is undergoing serious inflation due to many reasons, but the biggest reason is probably mesos botters.

As there’s a huge amount of mesos in the system, many items have become very expensive on the Trade Station. In short, mesos has devalued.

Now’s the chance to use your alternate characters to farm for refining powder. Use those powder to level epic equipment to the maximum.

A max level epic claw can sell for over 20 million mesos these days (Asia 2 Union).

7. Finish up your quests

Last but not least, you can get mesos from quests, and about 50k mesos per quest when you’re around level 112.

Having said that, most people would definitely finish up their quests mainly for the EXP and refining powders, especially at levels 100 and above.

Earning mesos in MapleStory M is easy if you’re a p2p player. It’s definitely a much longer journey for those who don’t wish to spend on this game, but it’s still possible to farm for mesos, especially at high level places.

Personally, the combination of grinding at Sky Terrace 2 and selling items at the Trade Station are the most lucrative so far. There are of course other ways to earn mesos, but you may get banned for it (such as creating many alts to transfer mesos to your main). Do it at your own risk.

How To Obtain Legendary Items In MapleStory M

Where To Get More Gold Leaves In MapleStory M

15 Best Minecraft Gifts To Buy For Your Kids Or Friends