I Don’t Belong Here is a quest under Torment of Hades in Assassin’s Creed Odyssey.

Your task is to help Brasidas defeat his enemies and eventually fight with him.

Here’s a walkthrough of I Don’t Belong Here in AC Odyssey. 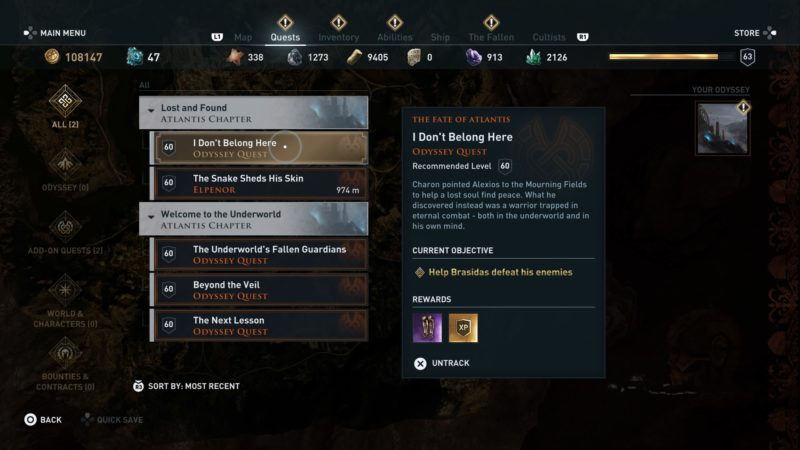 To begin the quest, you have to find Brasidas. His exact location is shown in the map below, marked as the exclamation symbol.

He’s in the Mourning Fields. 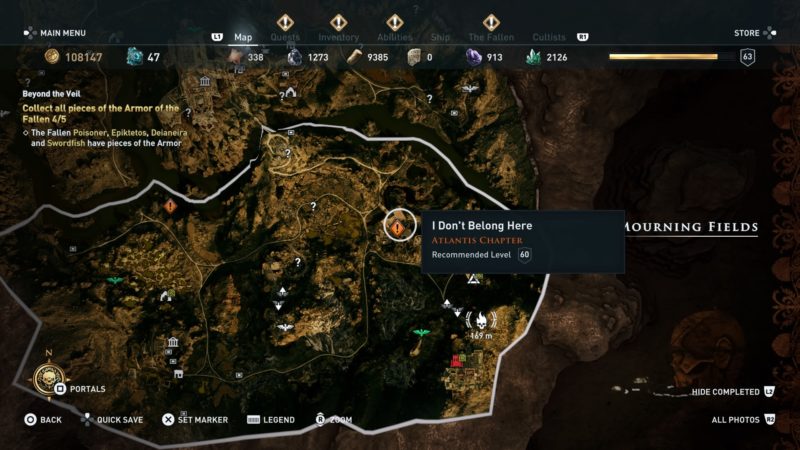 As you reach the area, a cutscene will load immediately. You will see a huge battle going on with Brasidas in it. 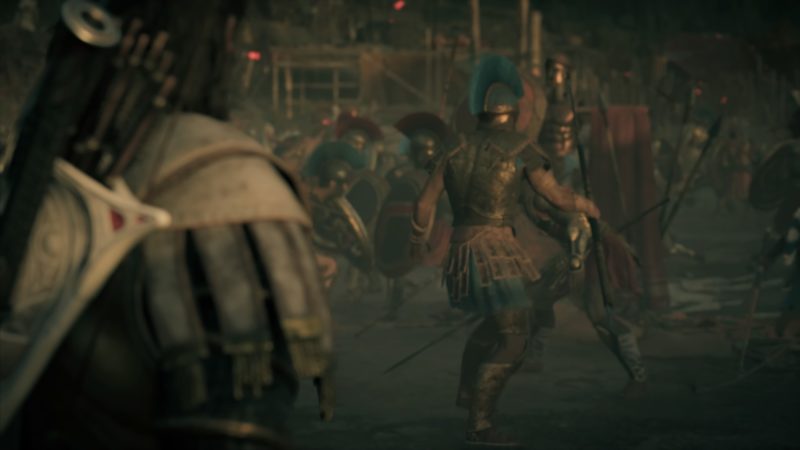 This is similar to a conquest. Help Brasidas win the battle against the Athenians. 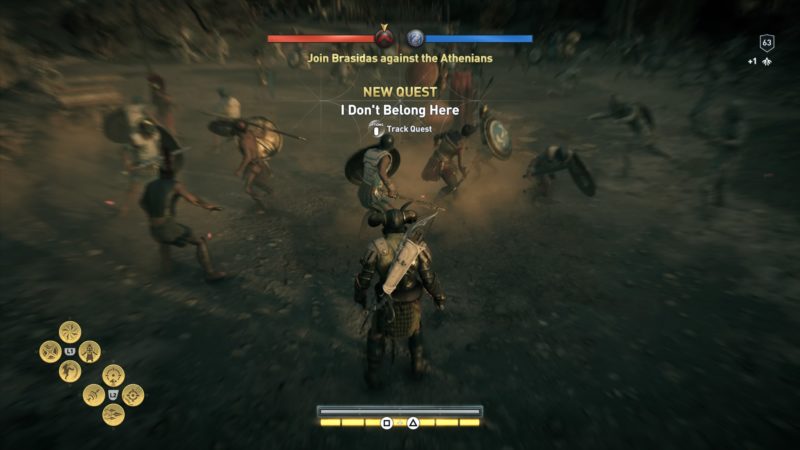 The fastest way to win the battle is to defeat all of the captains on the battlefield first.

Killing regular soldiers will only bring the bar down a little. 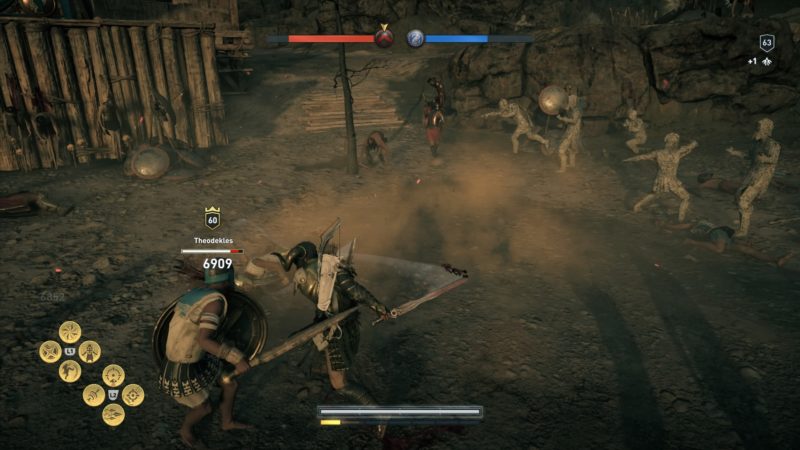 After winning the battle, Brasidas then attacks you as he can’t remember you.

The battle is quite straightforward. The hardest part is the long HP that Brasidas has. 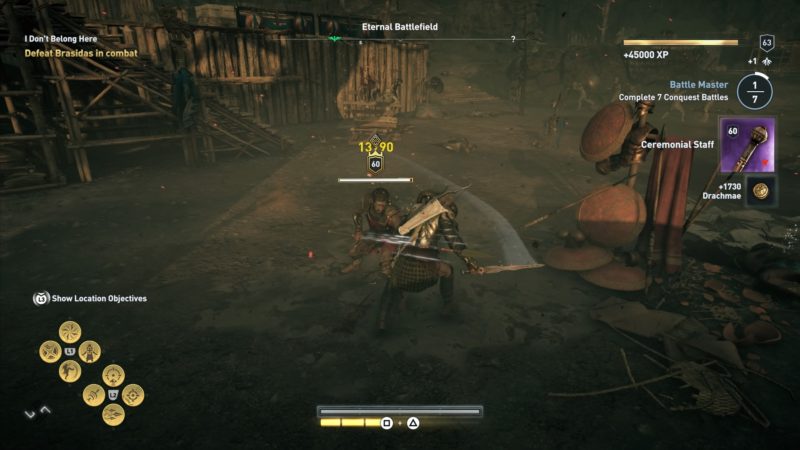 During the conversation, I chose all the honest options. 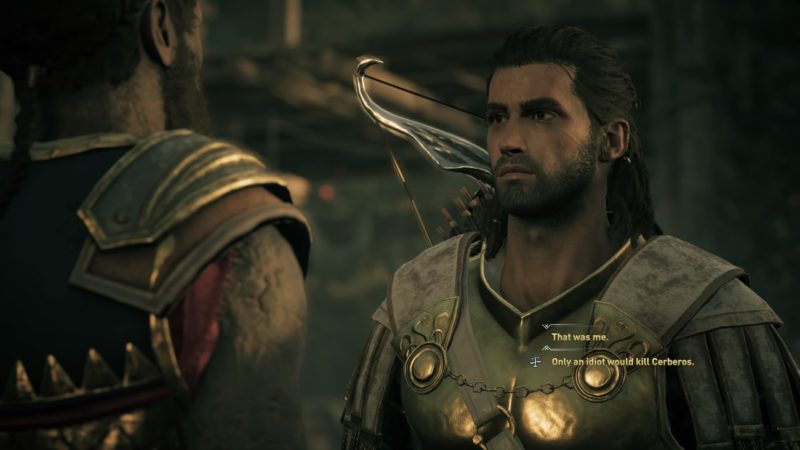 The quest completes here. You will then unlock a new quest where you have to help Brasidas find his shield. 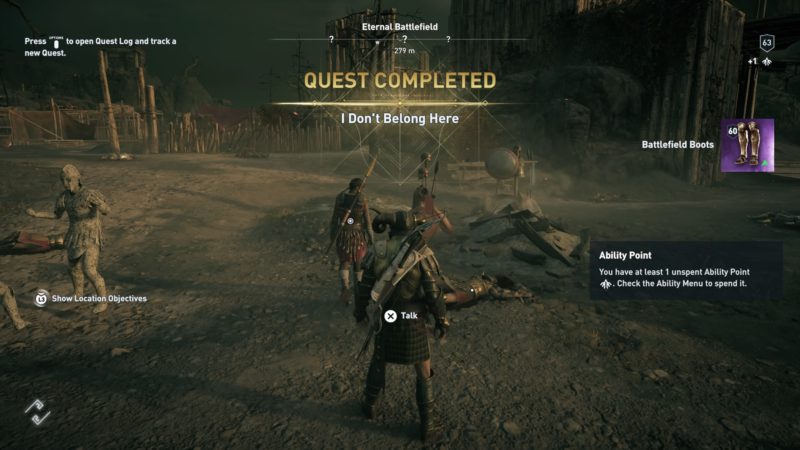