Naughty’s Dog hit 2013 title, The Last of Us, was a genre-defining game that helped set the standard that games released after it have struggled to meet, let alone succeed.

The perfect mix of cleverly executed gameplay mechanics and storytelling, as well as graphics that initially pushed the PS3 to its absolute limits. The PS4 version is just plain wonderful to play and is worth replaying for those who have already finished the game just for graphics alone – made The Last of Us one of the most awarded games of all time, earning over 240 Game of the Year awards.

Having set that high of a bar, The Last of Us is a game that has seemingly no equal. But, that doesn’t mean that you can’t replicate the same experience in other games.

Below, we did the near-impossible task of rounding up 7 video games that are similar to The Last of Us.

The experience might not be exactly the same, and there might be differences. But, all in all, games should have you going on the same roller coaster of a ride as The Last of Us did. 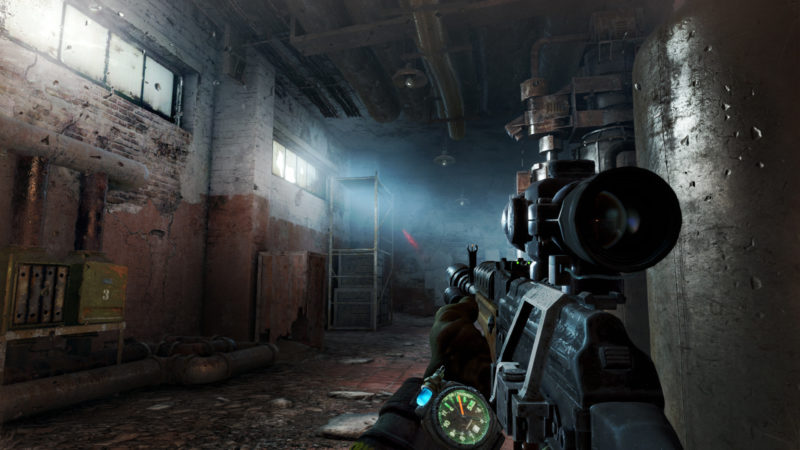 The novel-inspired Metro series has spawned three must-play post-apocalyptic adventures that all have you playing Artyom, a man who simply wants to save his home station from all the dangerous creatures surrounding the Metro.

In terms of setting and graphics, Metro is one of the few games that has an edge over The Last of Us, especially its latest outing, Metro: Exodus, which was released fairly recently.

The Metro titles may lack the same two-person dynamic that The Last of Us perfectly pulled off, but the story of Artyom and his struggles is both gut and heart-wrenching all the same. Even though it might not be an open-world game, the Metro series uses its more linear to great effect, a rarity among today’s top titles.

If you’re looking for a series to keep you occupied as you wait for the sequel to The Last of Us, the Metro series should definitely be on top of your list. 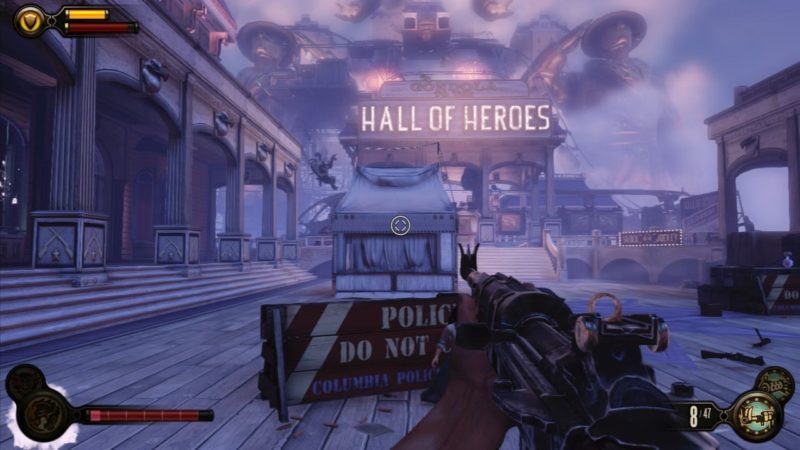 The BioShock series have long been known for pushing the boundaries of video game storytelling and proving just how effective of a medium gaming can be. This is arguably best exemplified in Bioshock: Infinite, which sets players, playing as Booker DeWitt, on a quest to find a young girl named Elizabeth.

But, instead of searching for just one woman, players find themselves questioning what’s real and what’s next as the adventure takes them to numerous places, as well as timelines, as the mysteries of Elizabeth start to unravel.

The compelling and engrossing story, as well as the game’s ability to make you feel is exactly what makes BioShock: Infinite and The Last of Us so similar.

We can just leave it at that without really spoiling anything more. Either way, the one thing that you should know is that BioShock: Infinite is widely considered as the best title out of the critically-acclaimed BioShock trilogy.

Once you start playing it, you’ll find out exactly why critics think so highly of the game. 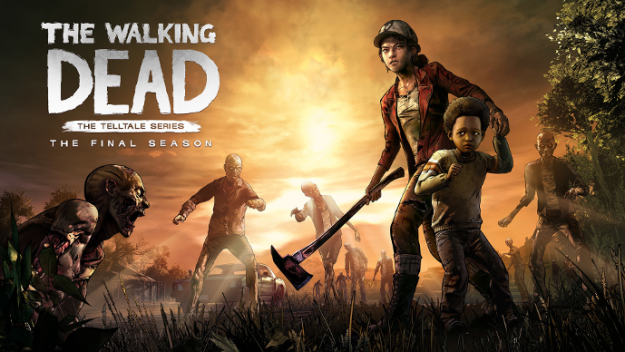 Based off the hit TV series, which itself was based on the popular series of graphic novels, Telltale Games The Walking Dead will have fans of The Last of Us playing a familiar journey of fighting against the undead while also making them see it in an entirely different light.

A 7-year-long journey that culminated in the much-maligned The Walking Dead: The Final Season — much of the hate was targeted towards Telltale Games, not the game itself — The Walking Dead will bring you to laughter, tears, shock, and surprise, as well as a wide spectrum of other options, throughout the entire series.

The added weight of being able to literally decide what happens next makes The Walking Dead even that much more impactful as a game.

Ultimately, by the time you’ve finished playing The Walking Dead, you’ll have been left with a huge gaping hope in your life, knowing that only a few video games will ever make you feel the same way ever again. 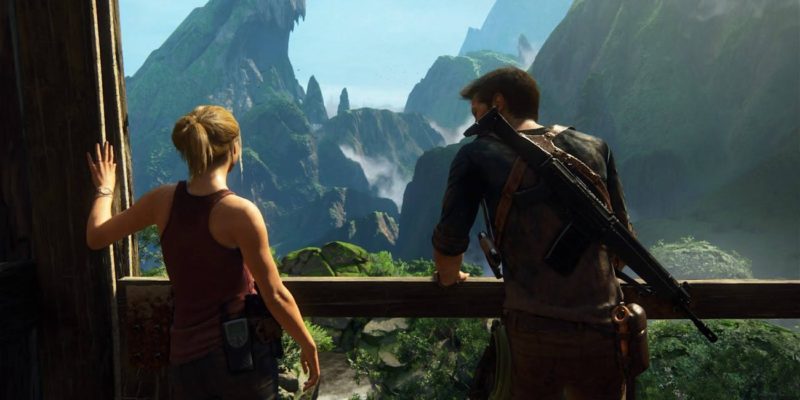 First things first, Uncharted 4: A Thief’s End and The Last of Us are two entirely different games in terms of tone and gameplay.

One is a post-apocalypse survival game, the other is, well, more of an action-adventure.

But, while both PlayStation exclusives are different, they share the same creative team (well, mostly), which means that you can expect the same rich narrative and intricate storytelling from The Last of Us in Uncharted 4: A Thief’s End.

Without really spoiling anything more, all that we can say is that Uncharted 4: A Thief’s End, puts you in the shoes of Nathan Drake, the series’ long-time protagonist. Only that this time, he’s older and has already retired.

His brother, however, had other plans, and together, they go on an adventure that takes them to various places as they try and find a fabled pirate treasure.

Uncharted 4: A Thief’s End is more adrenaline-packed than the more suspenseful nature of The Last Us, but the resulting satisfaction knowing that you’ve played two of the best games ever released is all the same. 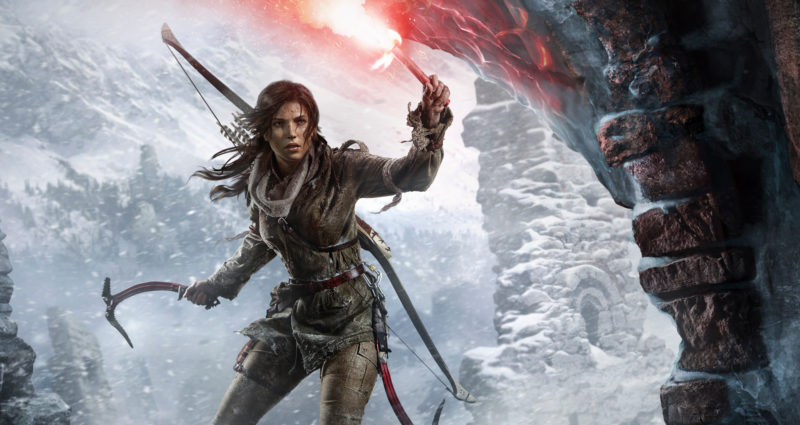 2013’s Tomb Raider reboot has already spawned a trilogy that, although not as critically acclaimed as The Last of Us, has garnered its fair share of rewards and carved itself out as a must-play franchise that shares a lot of similarities with the PlayStation exclusive.

True, Tomb Raider is more Uncharted when you think about it. Both games feature exploration and adventure more than simply trying to survive in a post-apocalyptic world. But, if you look past the differences, you’ll realize that Tomb Raider is actually very similar to The Last of Us, perhaps even more so than Uncharted.

Putting players in the shoes of Lara Croft, the first game has players in the early years of Lara Croft, before she was known as the Tomb Raider, and by the third game, players will have found that Lara Craft has truly established herself as the bad-ass female protagonist and icon that have since inspired many since the game first debuted decades ago.

If nothing else, Tomb Raider should provide players a nice glimpse of what it would be like to play as the grown-up Ellie in The Last of Us 2, which was announced in December of 2016. 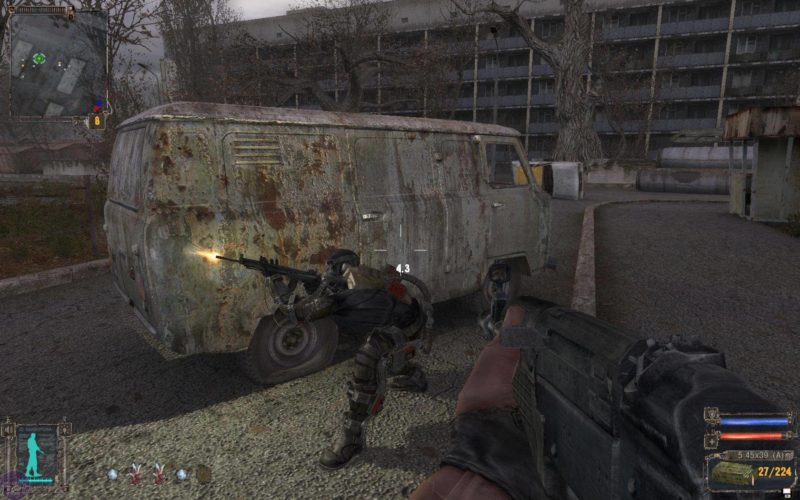 On one hand, it’s a post-apocalyptic game that pulls off its setting very well and contains the same compelling storytelling elements that The Last of Us had. But, on the other hand, Stalker: Shadow of Chernobyl is far from the most beginner-friendly game out there.

Stalker: Shadow of Chernobyl puts the survival in “survival-horror”, requiring players to eat food to prevent themselves from getting hungry, as well as avoid staying for too long in certain areas so as to avoid not getting radiation poisoning. Players can even bleed to death after being stabbed or shot the injury is not treated immediately.

If you don’t mind the difficulty and the game being an FPS, Stalker: Shadow of Chernobyl will treat you to a well-designed post-apocalyptic world with non-linear gameplay and multiple, sensible endings.

The Last of Us is to the post-apocalyptic genre as Red Dead Redemption is to the wild, wild west.

The games are basically mirrors of each other, with the latter showcasing the harshness of the old western world of the past while the future shows us a bleak glimpse of what the world is going to be like in case we have a zombie apocalypse.

Finding games like The Last of Us wasn’t easy, but we did it. These 7 titles may not be exactly like The Last of Us, but there are enough similarities that will remind you of the same journey that Ellie and Joel took, while also showing you a variety of memorable stories as well.

With that said, as the rest of the gaming world looks forward to finally getting their hands on The Last of Us 2, you can, look to these 7 titles to try and help fill the void left by arguably this decade’s best title until the sequel’s eventual release.