The creators were able to release nine series with the current version entitled Dynasty Warriors 9.

If you are having fun killing thousands of enemies in a game, then this is the ultimate entertainment for you. But, there are also lots of other game that has a similar concept as Dynasty Warriors.

The games in this list have various concepts and stories but they all offer unlimited hacking and slashing which will surely take your extra hours away. If there’s one thing common among these games and Dynasty Warriors it has to be the all-out rage they can awaken in a player. T

hese games also allow you to choose your own character, upgrade it, and use it to achieve your objectives. Although the games listed here are similar to the Dynasty Warriors, all of them have a unique storyline. 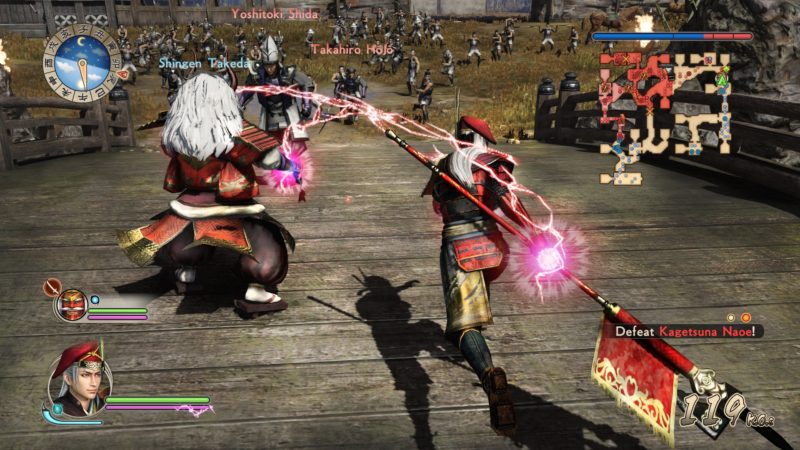 Experience playing in the land of the rising sun by playing Samurai Warriors. The game was set during the Sengoku period. The Samurai Warriors 4, which is the most recent version of Samurai Warriors, shows an enhanced visual effect and offers new content as well as new characters.

If you loved the previous characters of Samurai Warriors, you don’t have to worry about not playing them anymore because the creators brought the older characters from the original version into the current one. Players will be facing a lot of challenges, quests, and mission.

You will be killing hundreds of enemies using your samurai skills. Also, the game has new story-mode which fans will surely enjoy.

It’s not surprising that the Samurai Warriors made it here in the list. This game offers Japanese samurai-themed gameplay compared to the Chinese warrior themed Dynasty Warriors. Samurai Warriors 4 also made some changes like adding new content such as new gameplay, modes, and characters.

The players will surely enjoy a much more improved character controls compared to Dynasty Warriors. You won’t be having a hard time familiarizing moves and skills of your chosen hero.

2. Berserk and the Band of the Hawk 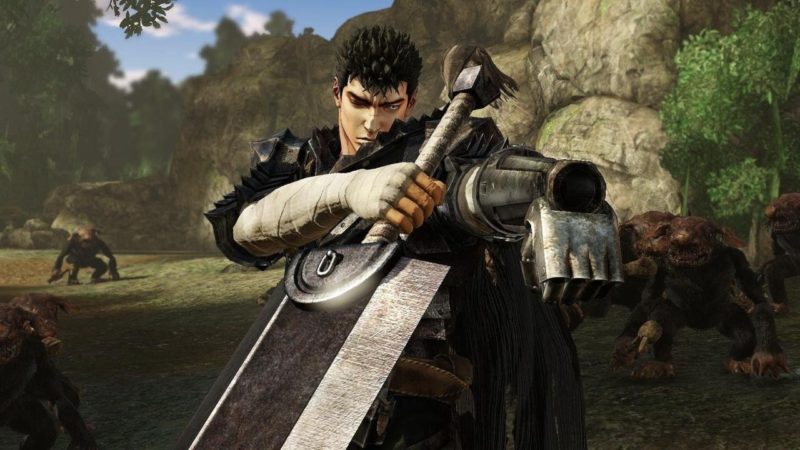 Berserk and the Band of the Hawk is a game similar to Dynasty Warriors wherein players will play the role of Guts and follow his story in the Golden Age Arc. Some of you might be familiar with the name of the character.

It’s alright because you might get it right. This game is based on the anime/manga series entitled as Berserk.

The storyline of Guts in this game varies from the different Arc. There are varied arcs available in the game such as the Golden Age Arc and the Millennium Empire Arc.

There are also other characters such as Casca, Griffith, and Judeau. These characters are members of the Hawk. You will be the one to guide them and defeat their enemies using the giant blade of guts.

Kentaro Miura’s Berserk franchise has been entertaining the whole anime and gaming community for quite a while already. A lot of fans have continued to show their unending support to the anime. A lot of fans are grabbing their own copy of this game which only shows the effect of the anime concept.

Although the game is based on an anime and probably the expected players are those who are a great fan of the game, the game creators didn’t specify that the game was created just for the Berserk fans but even those who are unfamiliar with the anime will surely enjoy the game as long as you love hack and slash gameplay.

The game is currently available in PlayStation and Microsoft Windows. 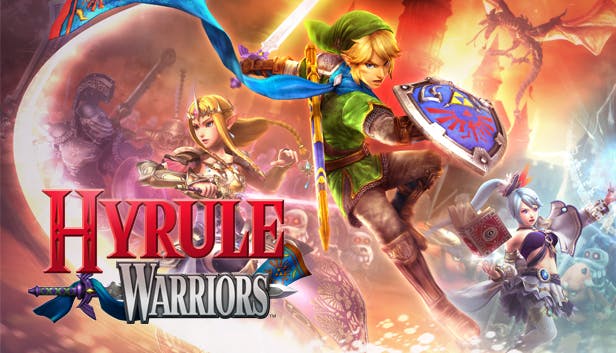 Hyrule Warriors is another alternative for Dynasty Warriors. It is a hack and slash game that features several heroes from Zelda such as Link, Sheik, Impa, and etc. and yes, you’re reading it right, this game is related to Zelda.

In this game, you will be facing hundreds and even thousands of enemies. In order to fight all of them, you will be armed with all kinds weapons and play styles.

You will also be facing different battlefields, so be sure to be armed well. The battles are as much exciting as the original Zelda franchise.

Upon playing Hyrule Warriors, you will immediately notice that the storyline is unlike the original Zelda franchise, but rest assured that you will enjoy this game the way you enjoy Zelda. Aside from heroes, the creators also brought familiar villains to the game.

Hyrule Warriors is created by Omega Force and Team Ninja. It is under the hack and slash game, the same with Dynasty Warriors. The game is intended to all who are looking for something new.

For the Zelda fans who are already tired of playing it all over again, you will get a chance to play your favorite character in Zelda and completing new and unfamiliar quests. If you just want to kill a lot of enemies, then this game is definitely for you.

Some of you might be familiar with the title. The game is based on the anime/manga series, Attack on Titan. It is a successful anime and manga series.

Currently, the anime version is airing its season 3 part 2 of the series. Just like the anime/manga, you will get to experience how it is to fight against the Titans. You will be placed in the walled city and get a chance to control the characters of Mikasa, Levi, Eren, and other characters in the survey corps.

The game was developed and released by Koei Tecmo and it features a single player or online game. Your objective in this game is to kill every Titan you can see. You can choose to play alone or with friends.

There are several chapters in the game and every chapter has its own mission and objective. Also, the chapters follow the same storyline with the anime/manga.

Attack on Titan has become one of the most watched anime of all times and the game version will certainly follow its footsteps. The game offers unique gameplay where you will be fighting a unique enemy which is the Titans.

Aside from playing the role of Eren as part of the survey corps, you will also have the power that Eren possesses, which is to transform into a Titan. You can use this ability as an advantage in every mission that you will be facing.

It might be scary for other people to watch Titans eat humans in the anime that’s why the game can be your platform to express your possible disappointment for the anime. You can feel the satisfaction in killing a Titan.

You’ll probably have some difficulty in controlling the maneuver gear. At first, it will be quite difficult to maneuver using the 3D Maneuver gear used by the survey corps but, with easy controls, you will eventually be familiarized with the gameplay. Also, players will surely enjoy the amazing graphics and one of a kind storyline of this game. 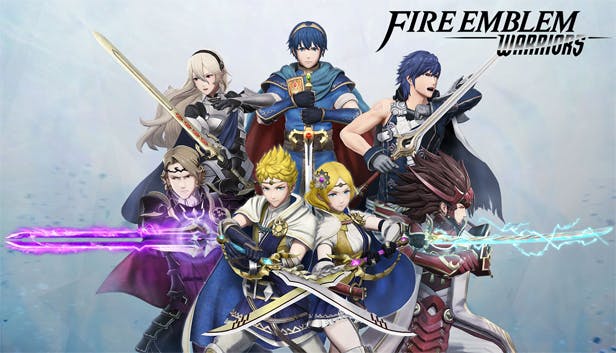 Fire Emblem Warriors is taken from the original Fire Emblem Series. Similar to Dynasty Warriors, you will be using the hack and slash gameplay in defeating the enemies.

Aside from the hack and slash, the game developers Omega Force and Team Ninja added some original gameplay from the Fire Emblem Series.

In this game, you will be controlling warriors from the Fire Emblem franchise such as Marth, Chron, Lyndis, and Cordelia and use them to save the world from the evil King Ozosid. The game is available in Nintendo Switch and New Nintendo 3DS.

The Fire Emblem Warriors game allows the players to control their chosen characters and use them in missions and quests. Similar to the Dynasty Warriors, you need to defeat your enemies using your might and without any mercy given.

There are also various gameplay mechanics available in the game. Also, the animations are incredible. Just a little warning to those want to play this game; once you get a chance to play this game, you will never leave your Nintendo Switch or New Nintendo 3DS behind. It will really hard for you to force yourself from playing this game.

If you love Dynasty Warriors, there’s no reason why you won’t also enjoy these similar games. They’re just what you need to entertain yourself and keep your mind and hand busy while having fun at the same time.

We have listed 5 alternatives to the ever popular series Dynasty Warriors that have been ongoing for years.