Dwarf Fortress, a game by Tarn and Zach Adams, consists of construction and management simulation. This Indian video game is being developed since 2002 and is available as a freeware.

In year 2006, the game’s alpha version came out with the help of donations and gained a lot of acknowledgment.

The game is based on a computerized fantasy world where a group of dwarves is controlled by players. Basically, in the primary mode of the game the dwarfs’ task is to build an effective and rich underground castle.

The concept of the game got critical acclaim but there were questions raised about the game’s difficulty as well. It participated as one of the video game in 2012 at the Museum of Modern Art to present the history of video gaming. 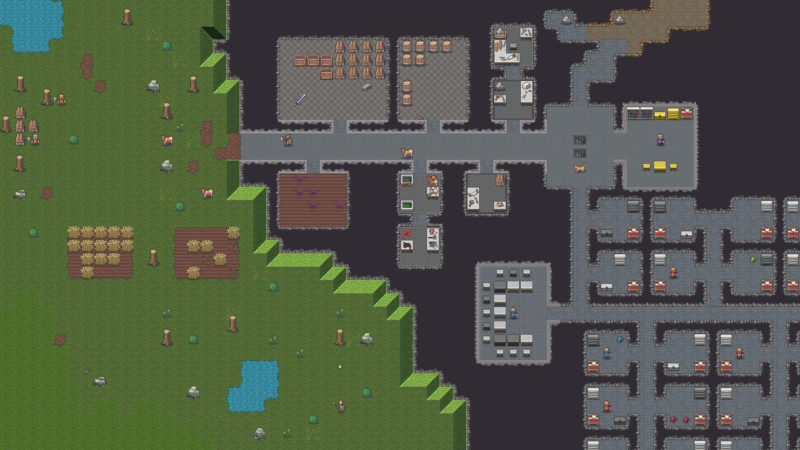 There is no other legendary game like Dwarf Fortress and the near to come steam version of the game is a little different from the original one. The developers of the game are working on creating the graphics with the best quality by giving it an official skin pack.

The Bay 12 developers are also putting efforts to produce a premium version for the conventional audience with additional features based on the theme of original Dwarf Fortress. This premium version functionality and updates will be on the same lines as of the classic version.

Adventure mode and Fortress mode are two skinned up modes of Dwarf Fortress on Steam. The game will release with official Steam Workshop integration. The release date of the game is not confirmed yet. Therefore, while waiting for it to be out there; kill the time by playing the following games. 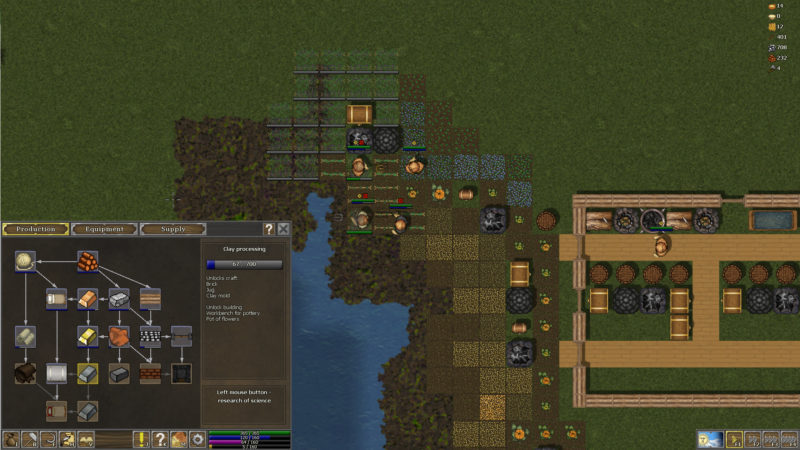 The game that is recommended topmost in the Rimworld store page on Steam is “First Feudal.” It has a striking similarity like resource collection, workshops building, workbenches crafting, and home construction with the help of doors, floors, and walls.

The villagers are fulfilled with food and sleep and can be given tools to accomplish given tasks. The role-playing game counts on controlling a character whose job is to construct a town with the help of a team of villagers.

The concept is quite captivating but the artificial intelligence of the villagers is quite slow and awkward. For instance, if a villager does not have a tool he will uselessly stand while the group around him will be working thus giving the scenario a weird look. For those who like primitive games and want something similar to Factorio, First Feudal will be a good choice.

3. King Under The Mountain

Interestingly, this popular game is not officially released yet. In the mid of August, the game had one fruitful Kickstarter experience. It can be officially pre-ordered with the help of Backerkit. The game is quite similar to Dwarf Fortress. One can say that King Under the Mountain connection to Rimworld is on the parallel lines with what Neanderthals and people had.

The Kickstarter is quite alike Dwarf Fortress in terms of experience. It offers the same targets and purposes. The only difference between the two is that the King Under The Mountain is jam-packed with high fantasy and has quite a few exclusive selling points.

The game allows a person to choose whatever he/she wants to be from multiple options like a dwarf, human, and orcs. All the characters have their own personal play style and distinctive requirements. 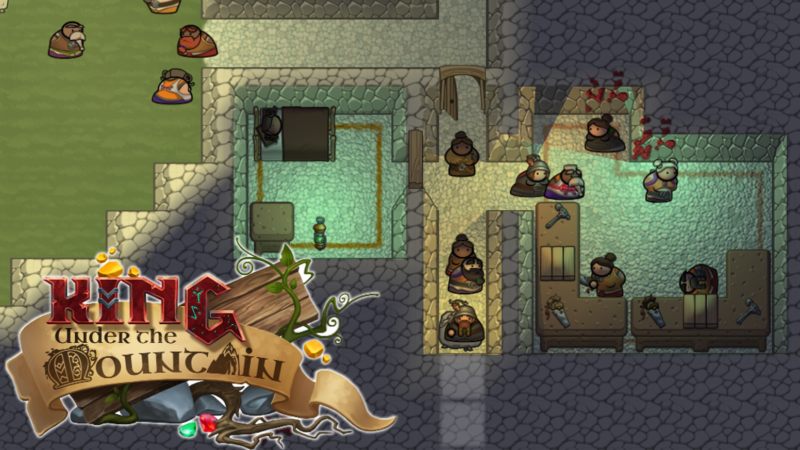 King Under The Mountain in its current state has been found to be similar to “Prison Architect” in some aspects. For example, in both games the deciding factor for the furniture present in the room depends upon what “zone” they are in rather than the opposite way around.

However, this can work in the favor of the game because the user will find the interface easy, understandable and simple.

The prototype of the game can be downloaded from the link provided in the Kickstarter page. The dev team behind the King Under The Mountain video game was reported to be working on adding features like save/load in the upcoming version. Let’s hope that this game proves to be as good as its predecessors. 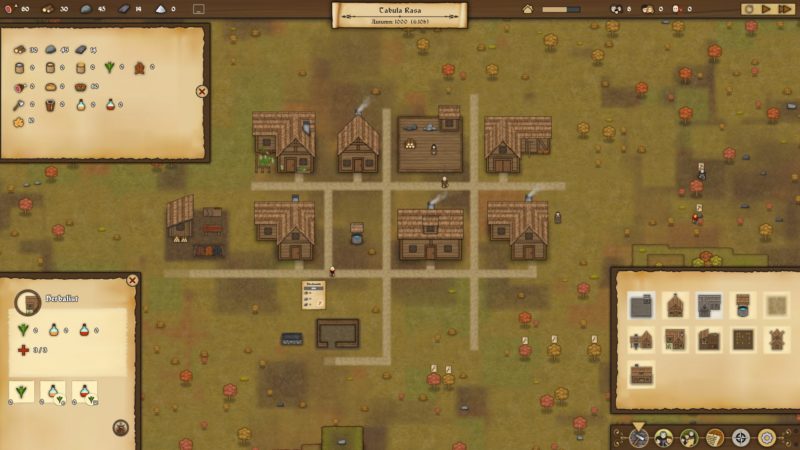 This game is built along the lines of “First Feudal.” The main character or player is present in the world similar to Rimworld’s in terms of ancestry and art style. Therefore one can say that it keeps the avatar in omniscient position. Civitatem can be thought of as an appalling version of “Banished” where the focus is much tighter around town building.

Seasons play a major role in this video game. For example, one has to plant crops in springtime for the sake of the survival of the colony. Also during winters, animal migration happens for the same reason.

Civitatem bears criticism because of its generic appearance but there are some good original ideas and settlements used in this game as well. The future of this game looks promising under mini exploration games.

On the other hand, until the final product is released, it is too early to predict its complete picture. This game is especially for the fans who are fond of games like Dwarf Fortress. 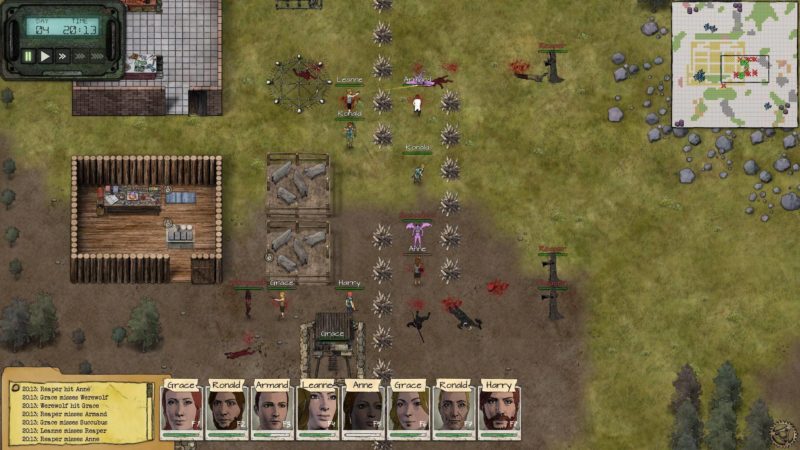 As the name suggests, this game is based on the concept of managing a small colony during an apocalypse event. The main story behind the game consists of three 3 campers who were present in woods when the town was hit by the apocalypse. Their job is to build a colony while all the chaos settles down and resolve itself.

The game lets one play with the features like camouflaging, researching stealth strategies and interesting rituals that can help one to stay under cover. There is also a “visibility” meter to be taken care of which makes the game quite challenging. One has to keep an eye on the pace at which the colony is being constructed.

The main characters are programmed as smart beings who can take care of jobs assigned to them such as managing wells or research table. Random supplies can be hunted down from wrecks around the forest. One can also go through other locations on the world map to find different materials.

Unlike the predecessor games, Judgement: Apocalypse Survival Simulation includes real-time tactical combat. As soon as the combat starts’ the game mood switches by letting colonist play the role of warriors rather than builders. Trees and structures are used as shields.

The colonists are given special powers based on their skill, equipment, and nature which make the battle quite intriguing. The game provides a Rimworld’s experience with base building concept, thus it will be liked by the fans of Rimworld. 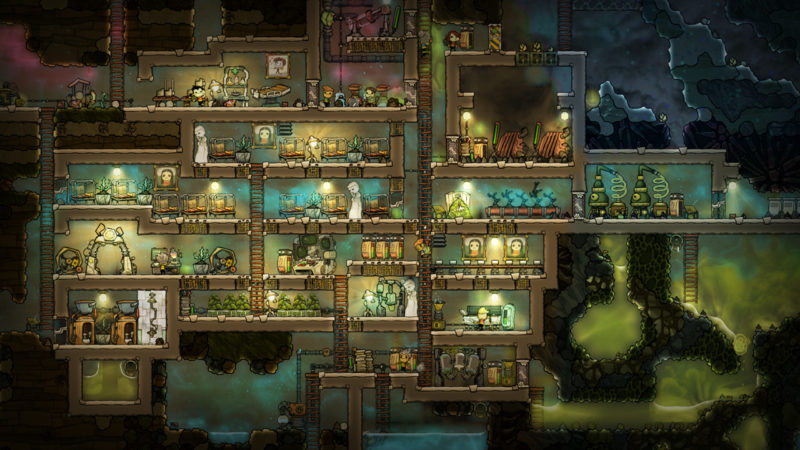 This fantasy video game has put its characters to live in a clone filled asteroid base. It lets one be in charge of the base with the difficulty level that can maximally go up to 11. Interesting features of the game include management of both mental and physical health of the colonists and dealing with pollution, water quality and temperature.

The game was initially thought to be quite difficult but with passing time the developers Klei have made sure that the game is continuously updated with improved content and features every month.

The most challenging part of the game is to manage the moving gasses, temperature rise and fall, and heaps of polluted excretions of colonists. To make a character seem real in this world, a sad colonist can shed a tear and curl up on the bed like a cat.

If someone is looking for the game that is not ordinary and is placed in unusual settings then this is the perfect game for them as an alternative to Dwarf Fortress. 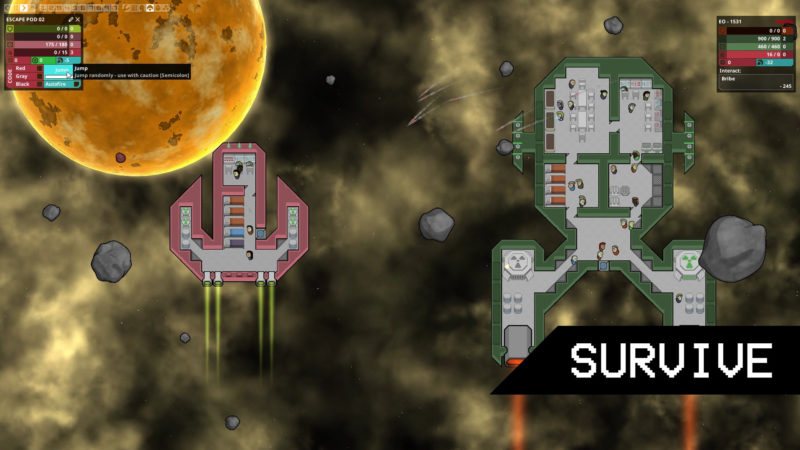 The first look at the user interface of the game can scare people but worry not the game is winnable. The UI initially presents 8 boxes while many of the boxes are also hidden in substitute tabs. Once you understand the basics, the game has interesting things to offer like exploring the galaxy with mining lasers, craft building, and resources collection.

The craft’s crew is responsible for operating various types of consoles in order to run different systems on the ship. For example, for trading between ships communication console is used, for research purposes science console is taken into account, and for better jumps navigation console comes handy.

The game is similar to FTL in terms of combat but it has a little more free aim and an additional twist that if a crew person is outside the craft while bending away then the person is left behind. The developers are keenly updating the game on a regular basis; therefore one can expect the game to turn out even greater than before.