Finding One’s Voice is a quest under the final Lost Tales of Greece series in AC Odyssey.

Your task is to talk to Pythia and later find the student who’s hiding in a tomb.

This quest is recommended for level 68 and above, but it differs according to your level. 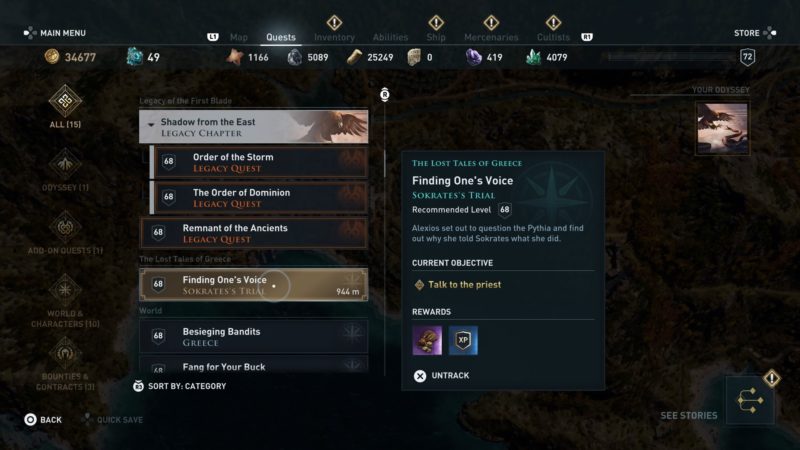 Talk to the priest

The first thing you need to do is to talk to the priest. 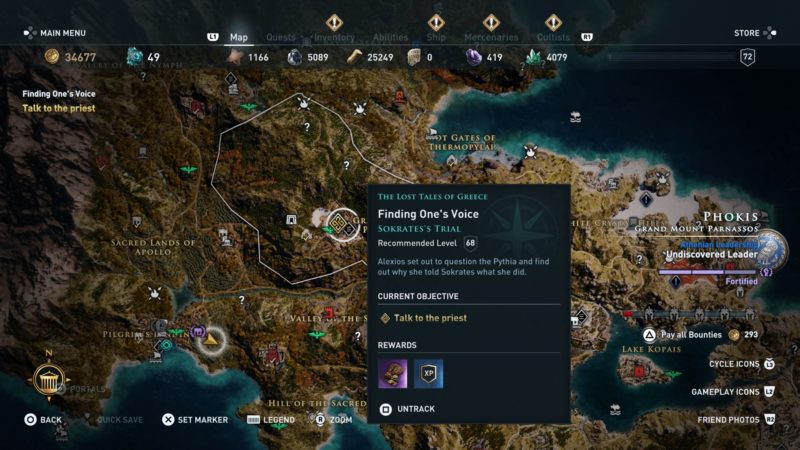 You will see him standing with two guards in front of the Temple of Apollo. 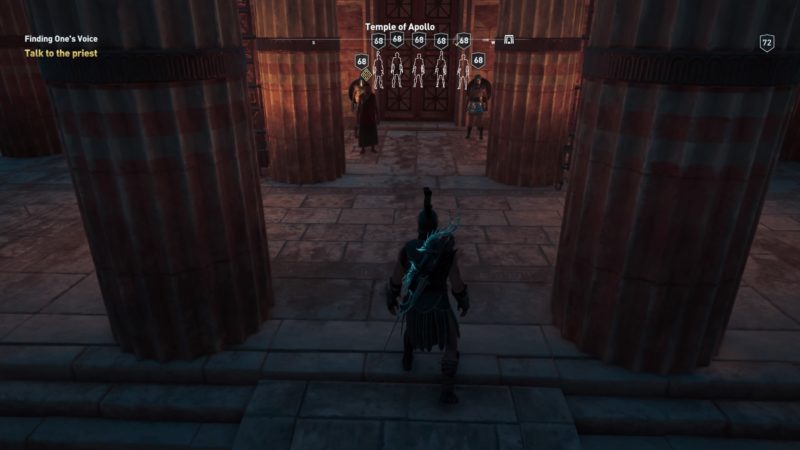 After entering the temple, you need to immediately kill the guards as they will attack you. 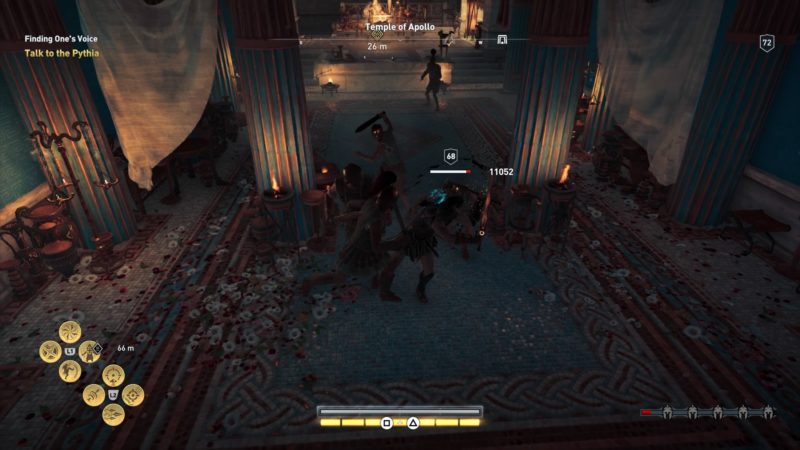 Talk to the Pythia

Once the guards are dead, head to the front and find the stairs going downwards.

You will find the Pythia here. 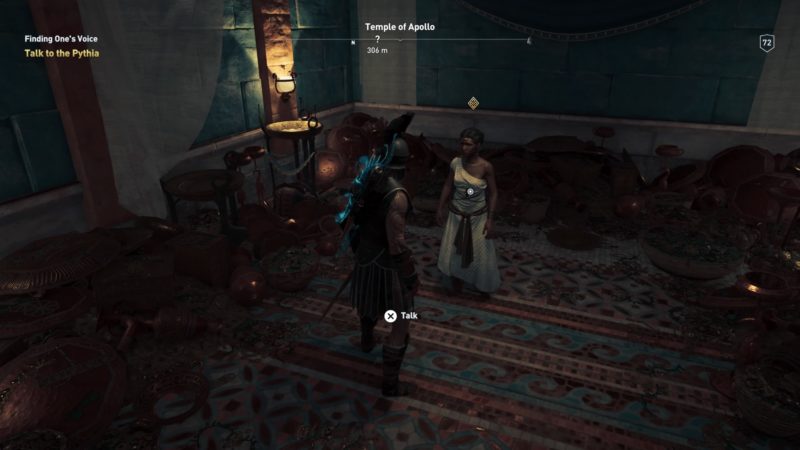 During the conversation, I chose the neutral option. 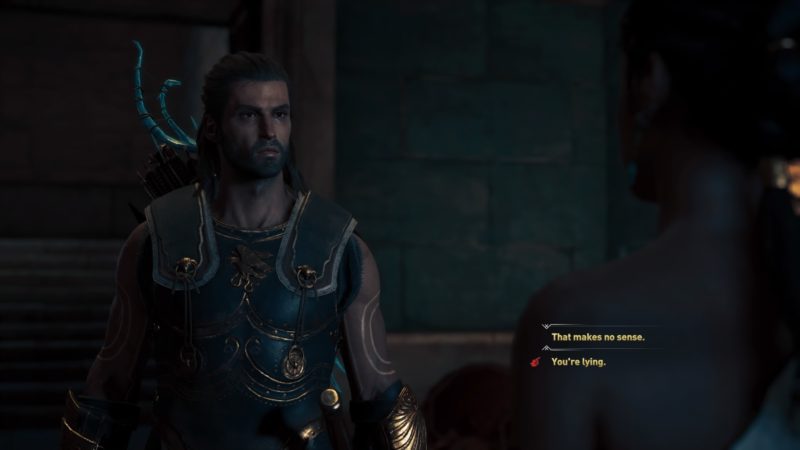 She’ll tell you about Sokrates’ student who went into hiding and her own intentions with Sokrates.

Next, head to the Tomb of the First Pythia.

The exact location is shown below, marked as the quest symbol. 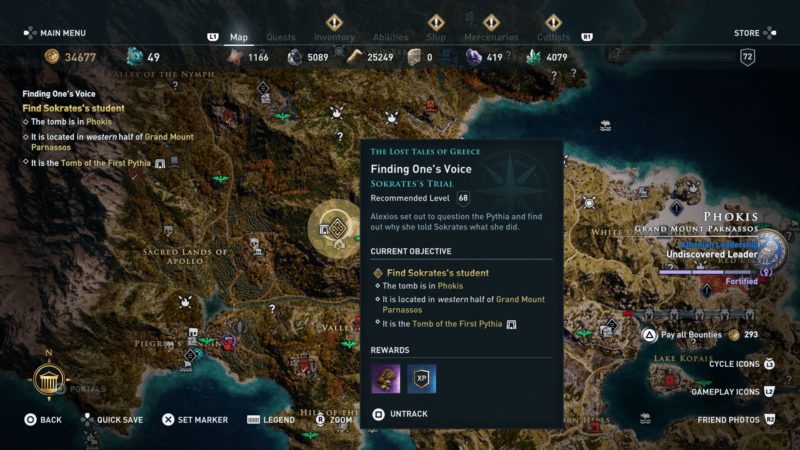 Once you’re close, use Ikaros to pinpoint the exact location. 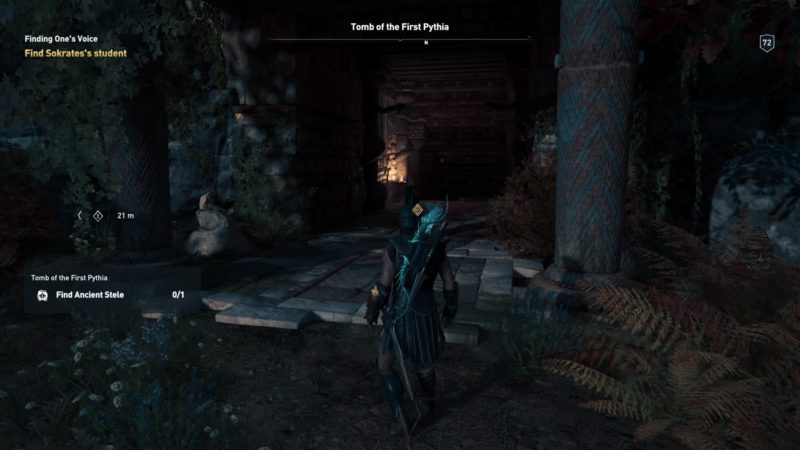 You will then come across three pathways (front, left and right). If you go to the front, you will reach some loot but nothing else. 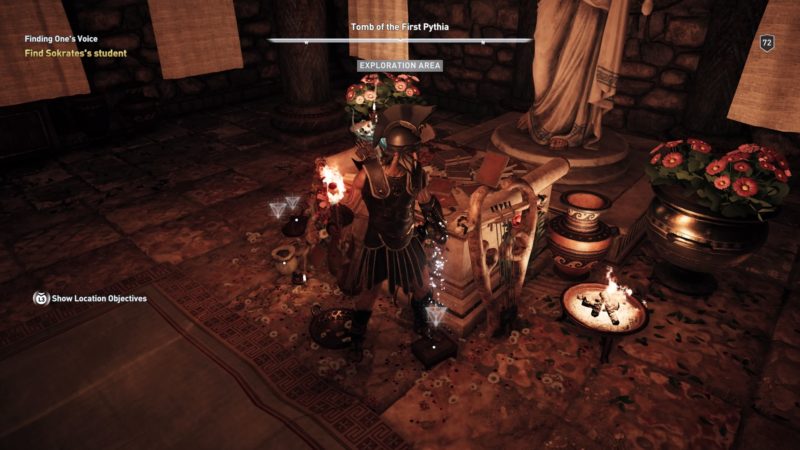 The left is blocked. 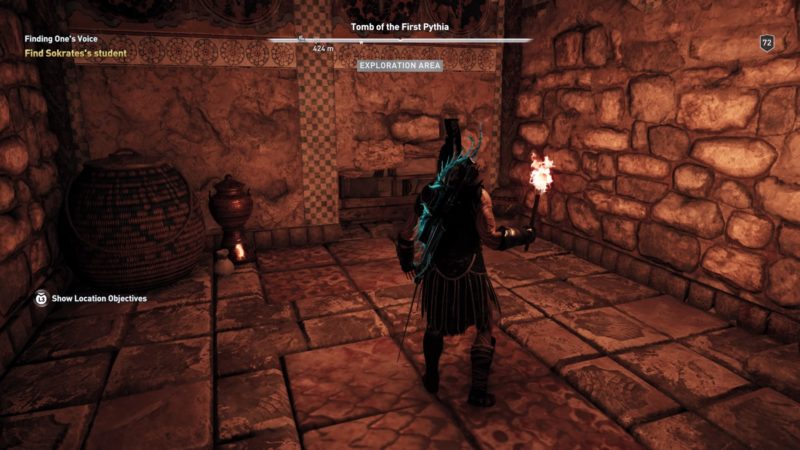 Go to the right where the pots are. Break the pots and you will find a way to go under. 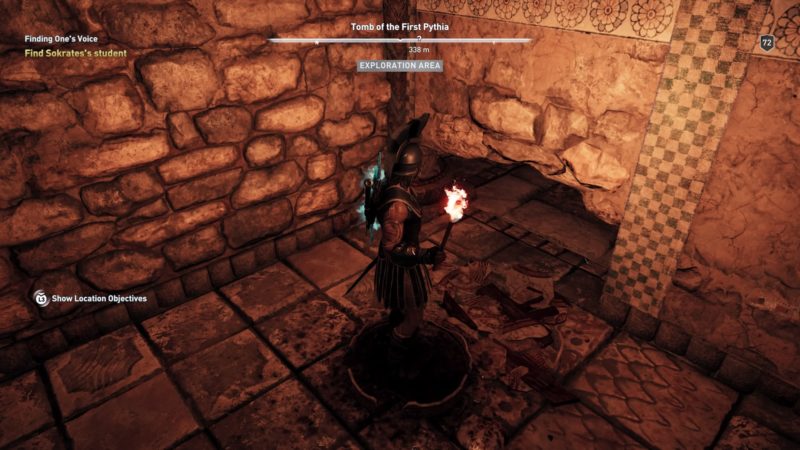 Keep going all the way (past the traps and snakes).

Get the Ancient Stele (optional)

You will finally come across a wall that is breakable. 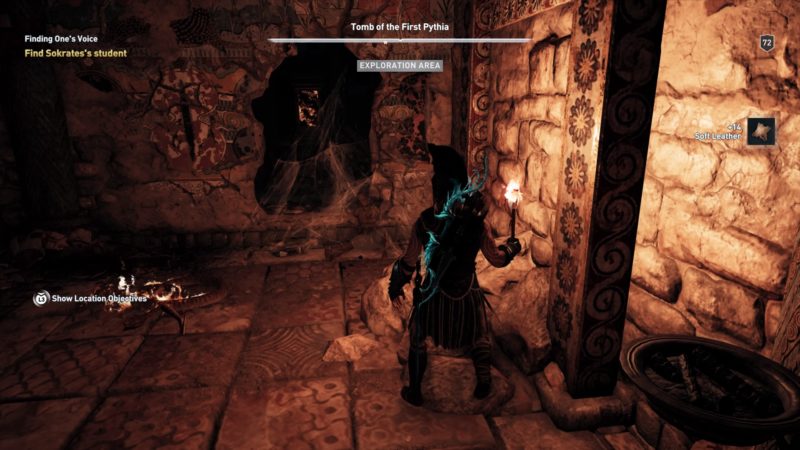 Go through the hole and you will reach the Ancient Stele. 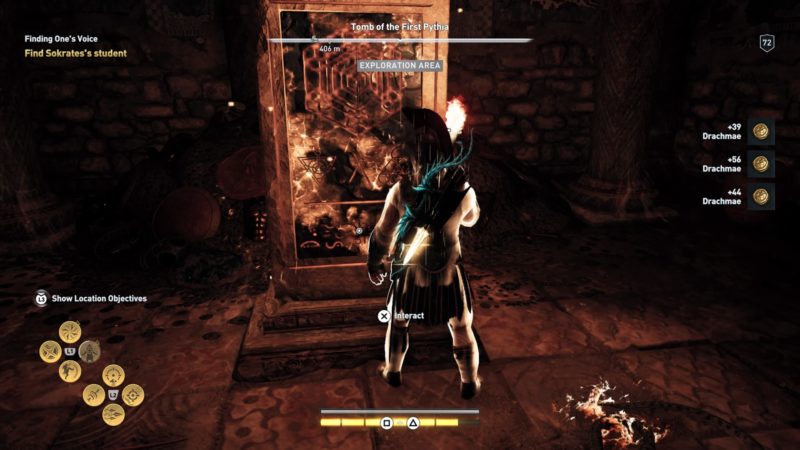 Talk to the student

After grabbing the Ancient Stele, get back out of the hole and continue following the stairs up.

You will meet the student almost immediately. Talk to him. 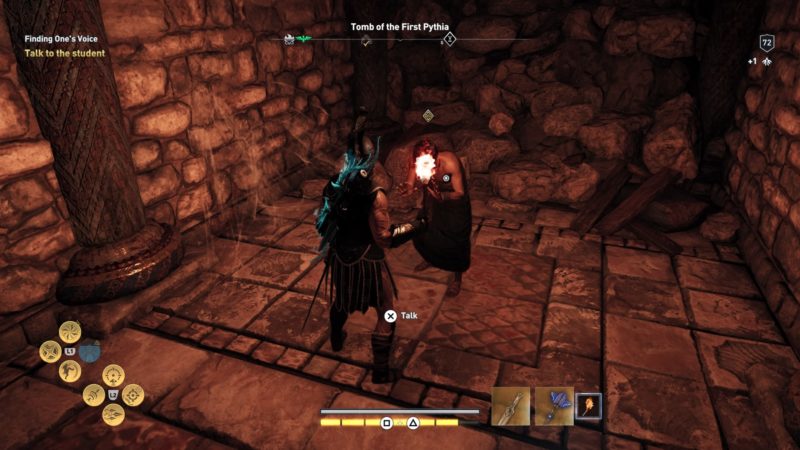 The quest completes here. You can move the shelf to get out of the tomb quickly. 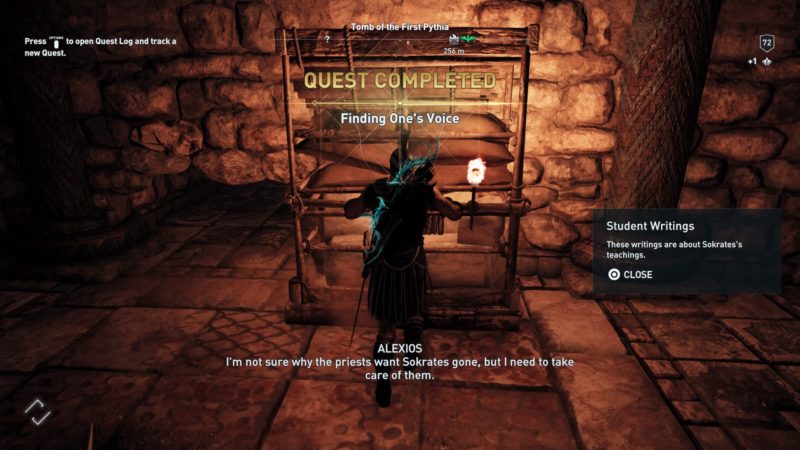