Your task is to pass the first test to find the holy book and enter New Eden.

Here’s a walkthrough of The Prophecy in Far Cry New Dawn.

The level of difficulty for this mission is only level 1.

After starting this mission, the first thing you have to do is to get to the island.

The location is shown in the map. 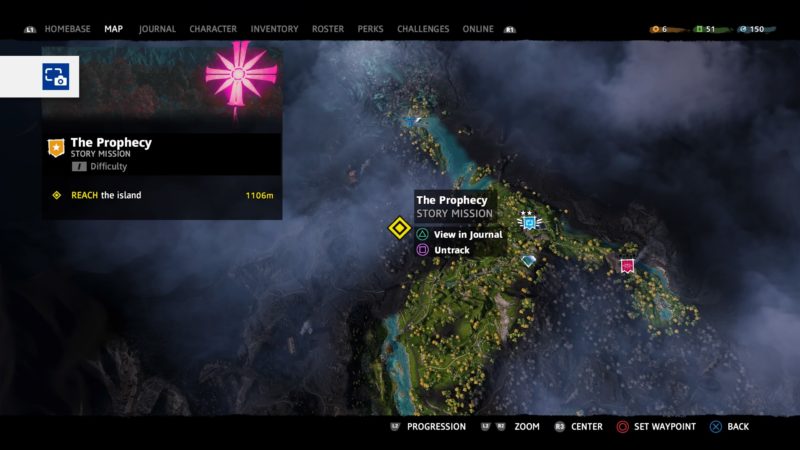 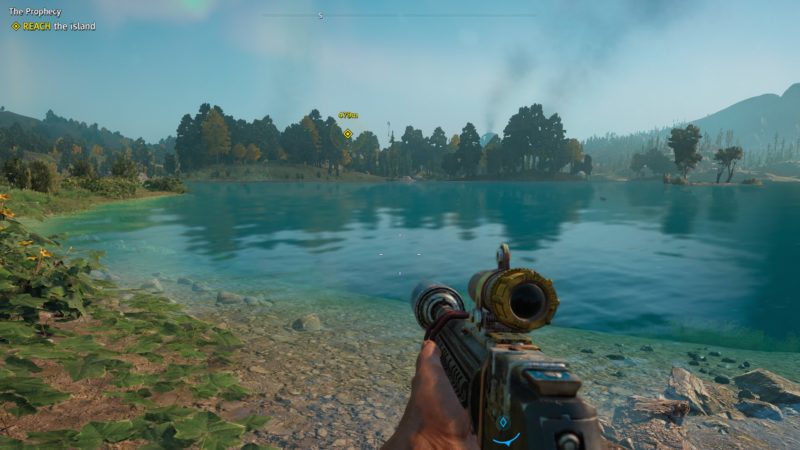 As soon as you reach the targeted marker, your character will lose consciousness and go into a different realm.

The apparitions of Joseph will keep appearing and he will instruct you on what to do.

There will be three locations you have to go to, to investigate the beams. 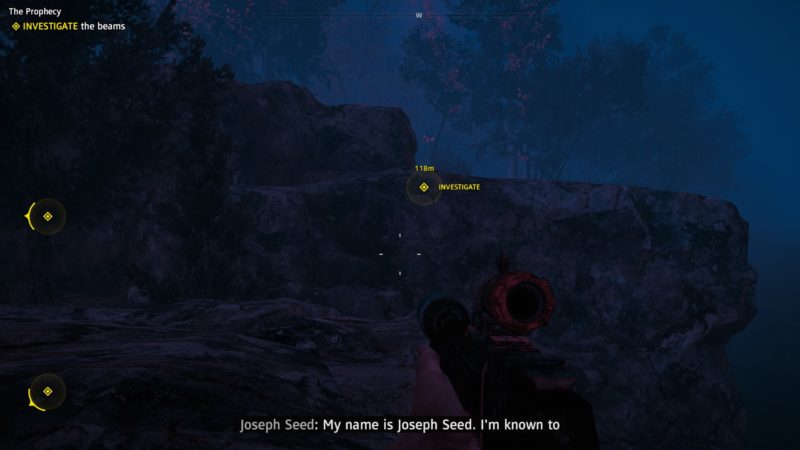 All three locations are shown in the map below. 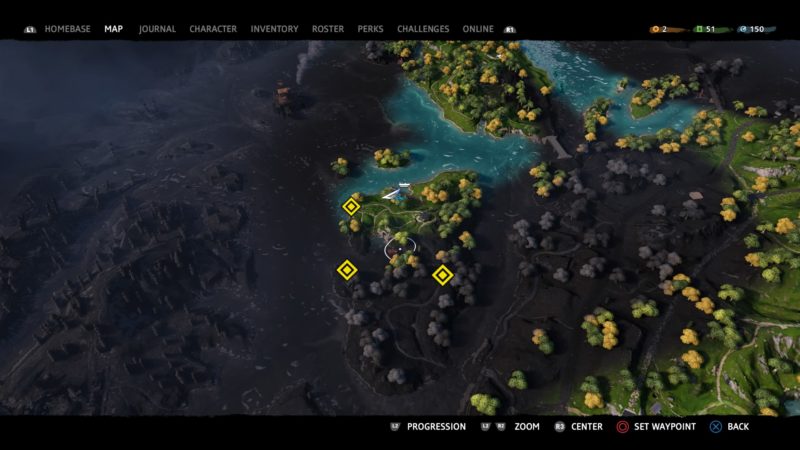 The first one I went to was the one near the water.

Go towards Joseph and grab the amulet. 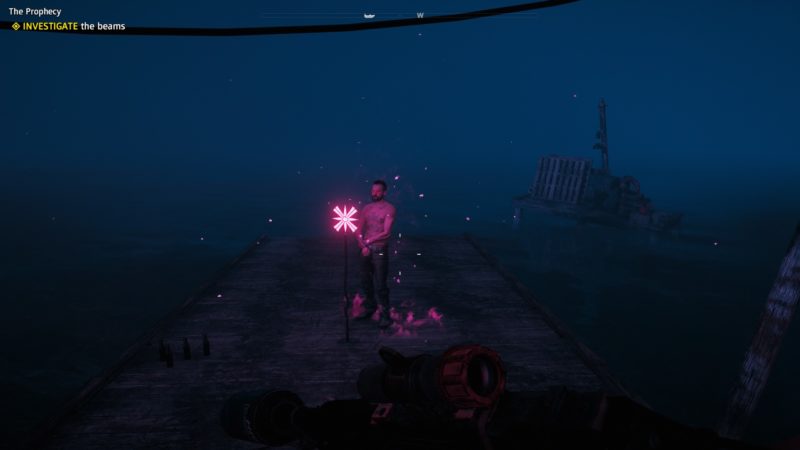 You now have to align the piece of amulet you have to form a perfect logo. It’s similar to the photograph missions. 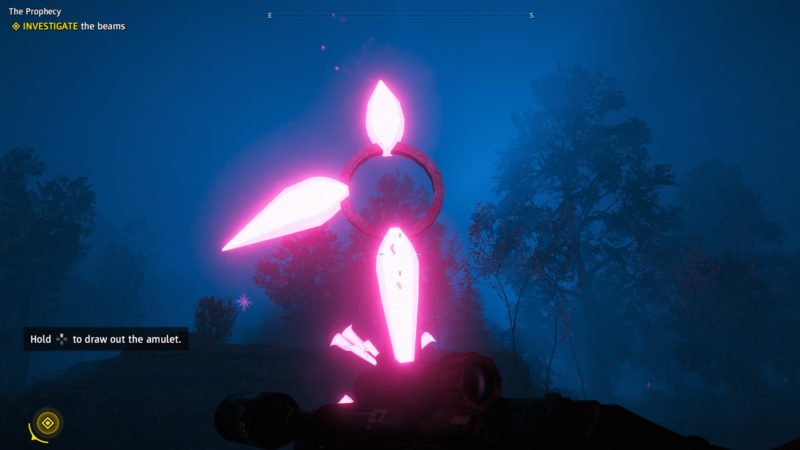 Before it aligns perfectly, there’s some wood near the glowing pieces. Destroy the wood first.

Then, it will form perfectly.

The second beam I went to was the one with the tower. 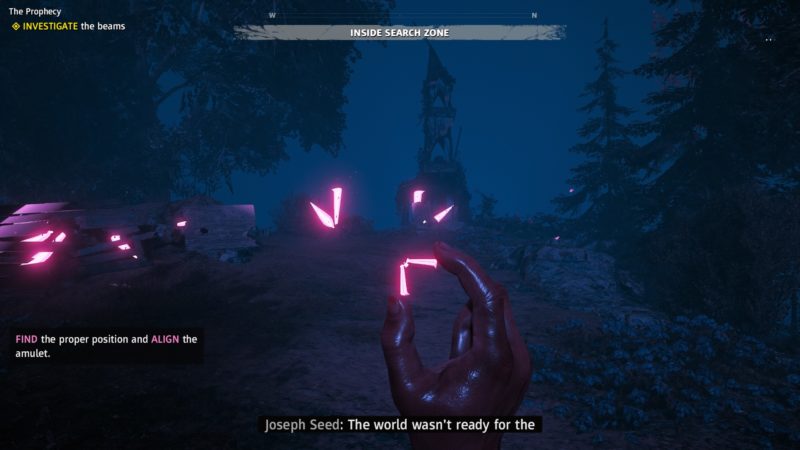 At the base of the tower, there are some pieces of planks blocking the glowing pieces. 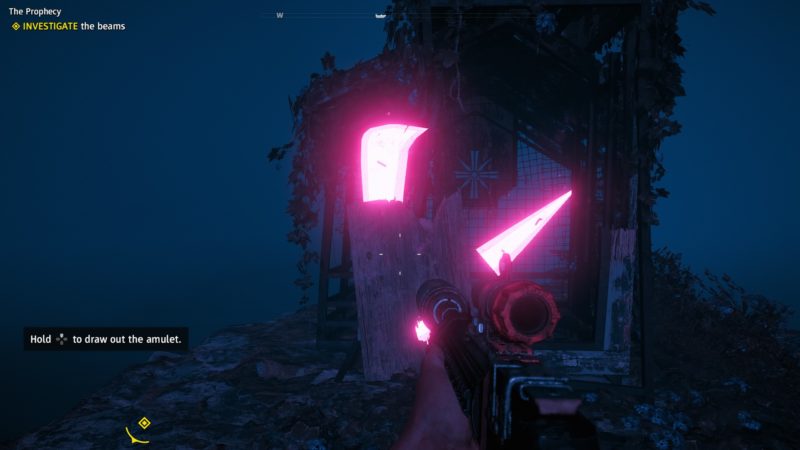 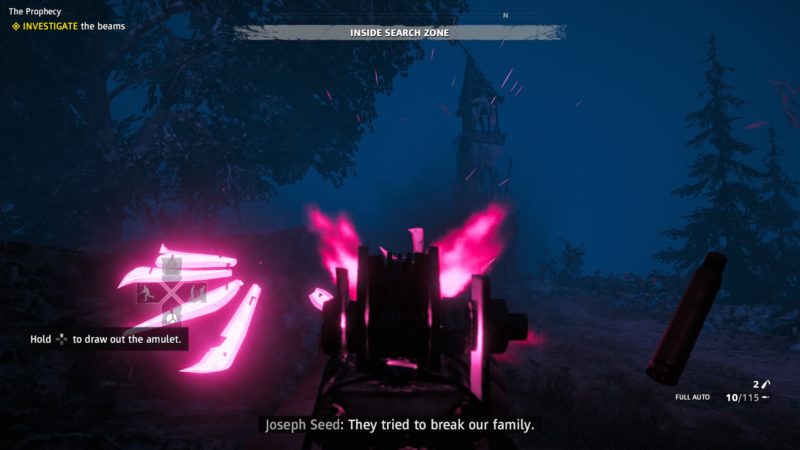 Now, get to the point where all pieces align perfectly and in a straight line.

Bring up your amulet and align it. 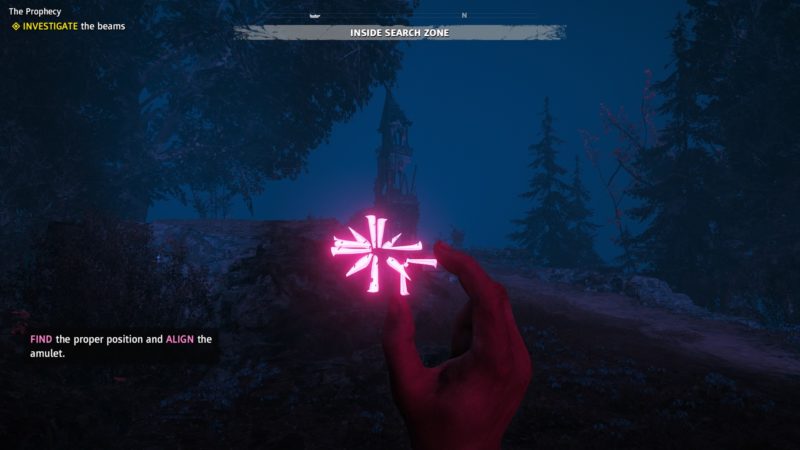 Now, get to the last one, which is near a house. 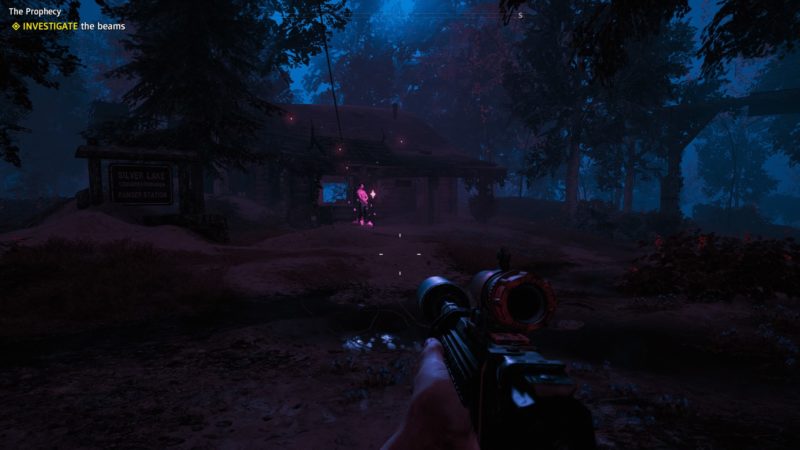 You should see pieces of the New Eden symbol on the windmill. In order to change the direction of the pieces, you can pull the lever in front of the house. 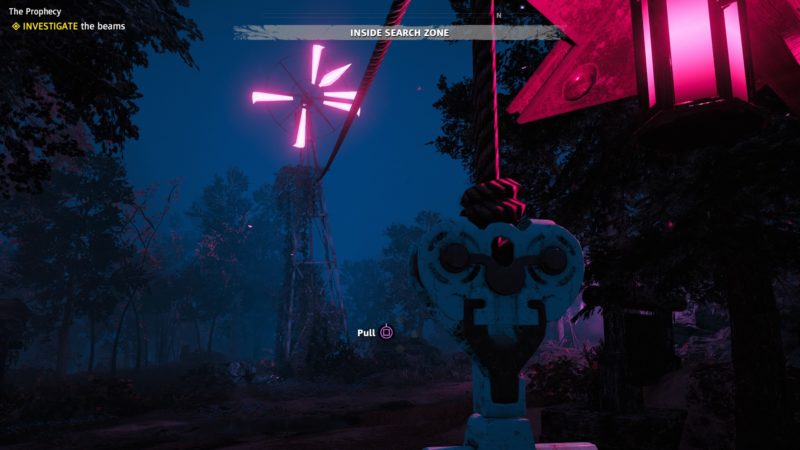 In order to see the entire picture, you need to get into the house, more specifically, behind the desk.

There are more glowing pieces if you view from inside the house. From the desk, you will get a perfect alignment.

You need to turn the windmill accordingly. 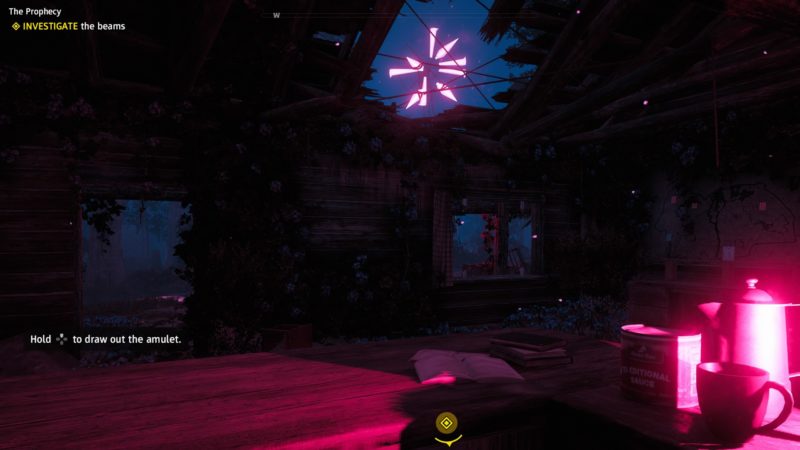 Once it’s perfectly aligned, the amulet glows and disappears like the previous ones. 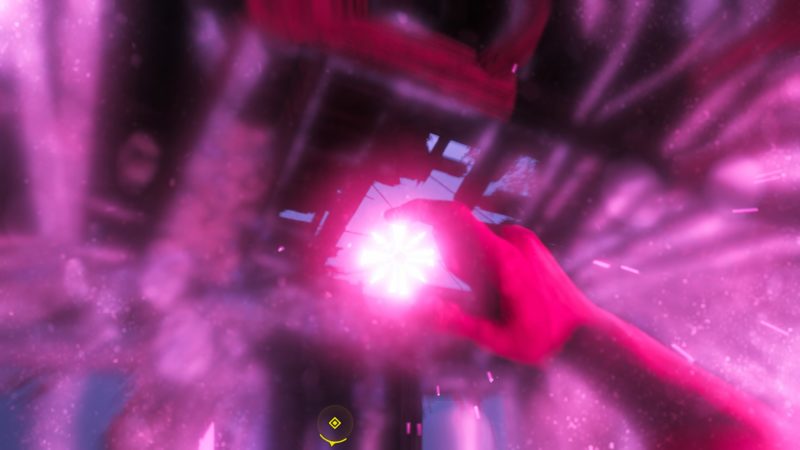 Now, you need to find the cross. The location is shown in the map below. 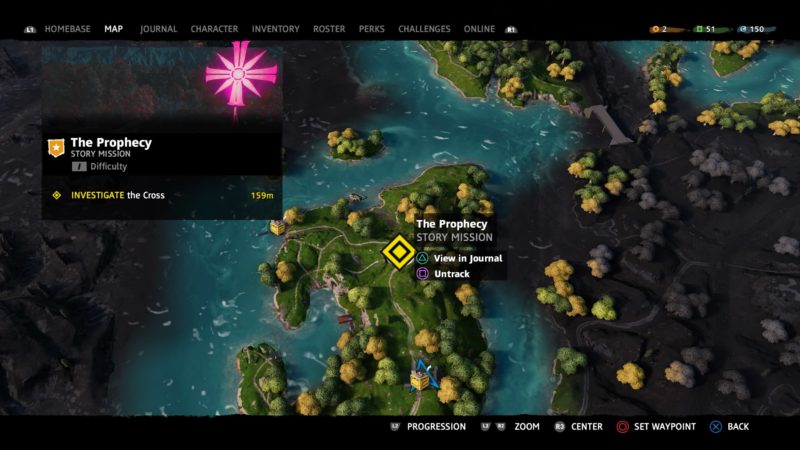 Go towards the glowing light. 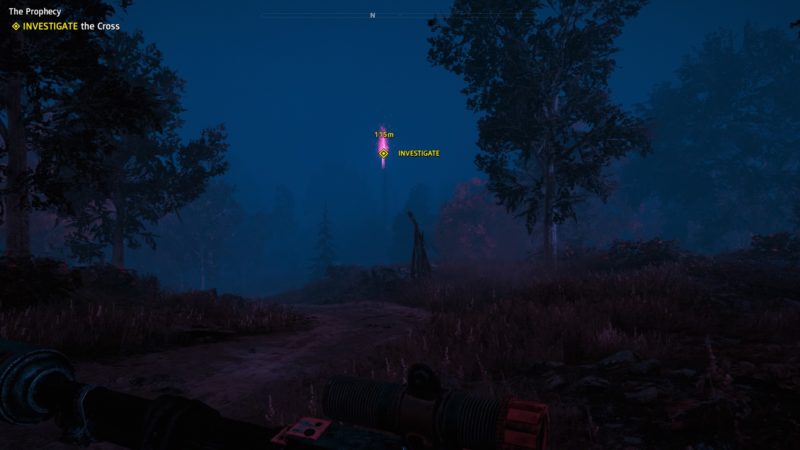 As you get there, you need to follow the path.

The torches will light up as you keep going forward. 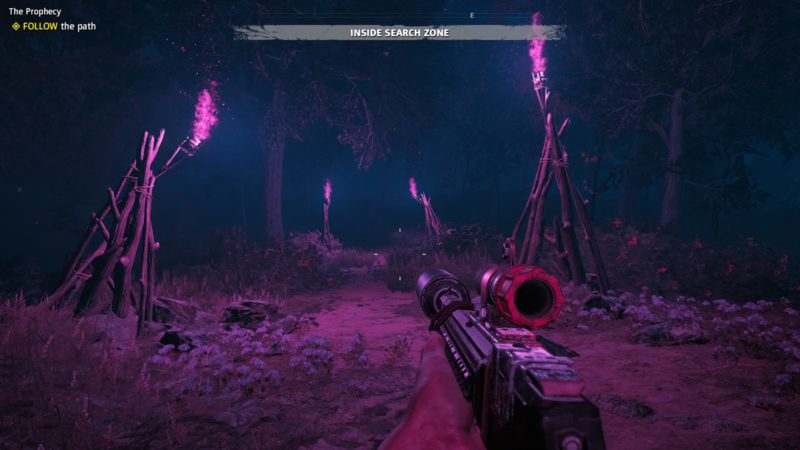 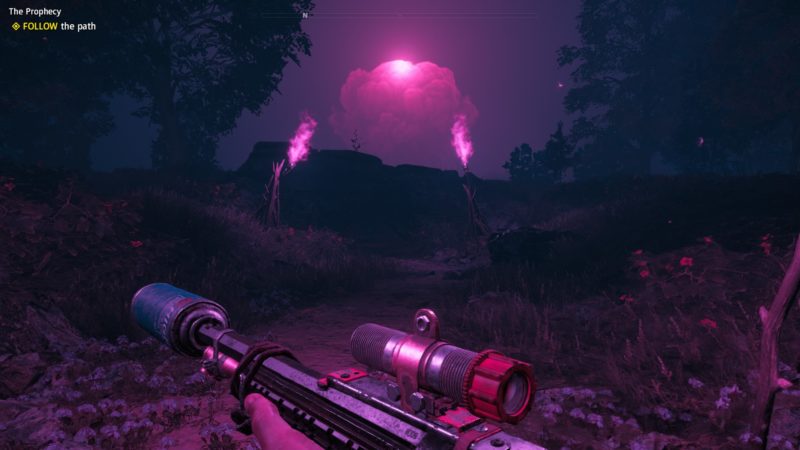 The path will lead you to a bunker. Inside the bunker, you need to retrieve a book. 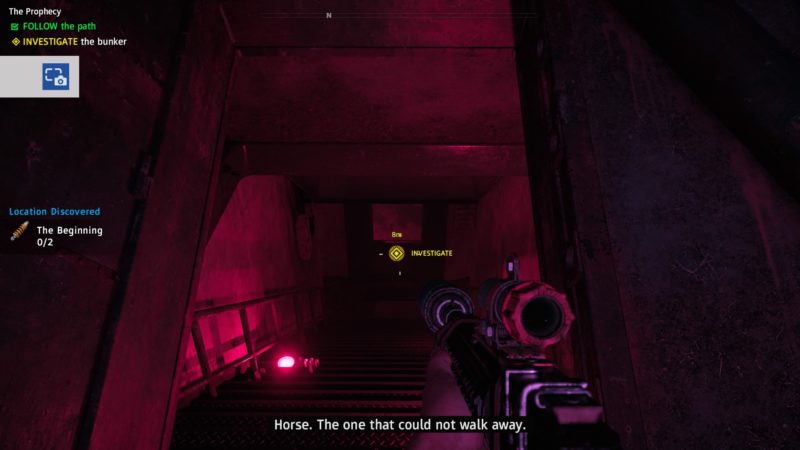 There may be items to loot inside the bunker. 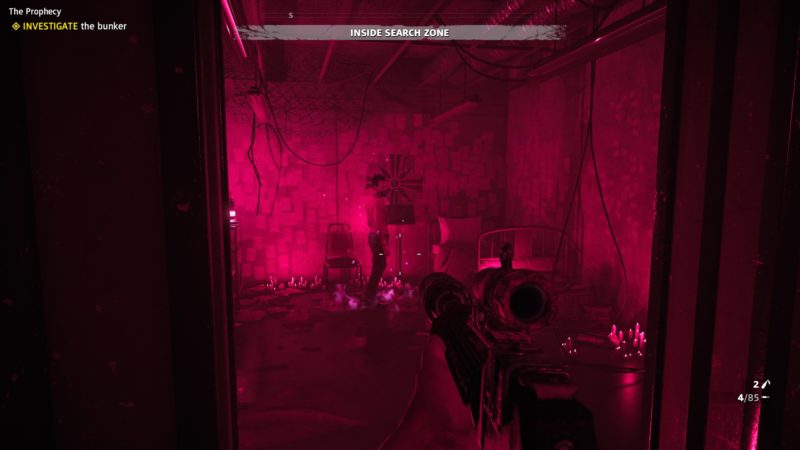 Keep going towards the end and you’ll find a book under the symbol on the wall. Take it. 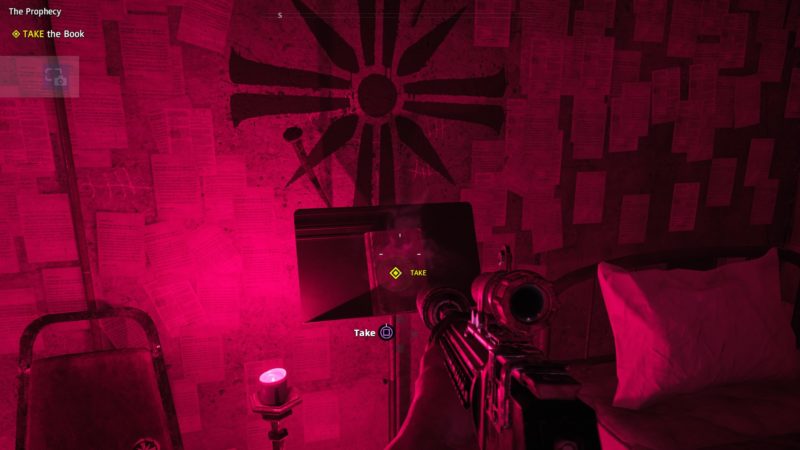 Now, get out of the bunker. 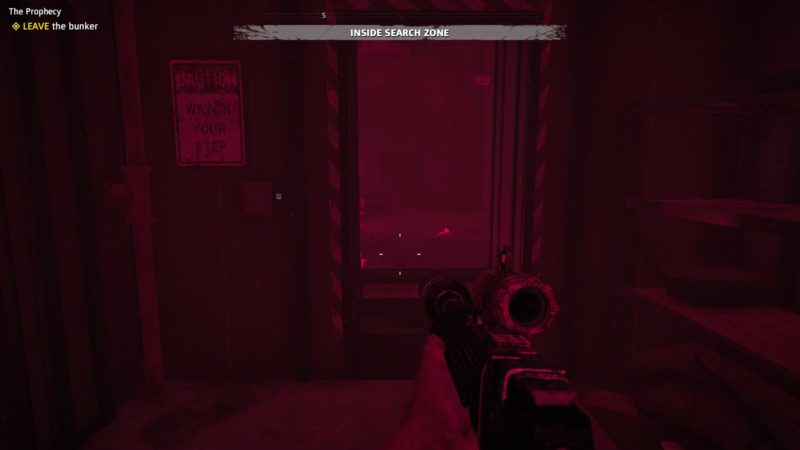 You will return to the ‘real world’ after you get out of the bunker. The mission The Prophecy completes here. 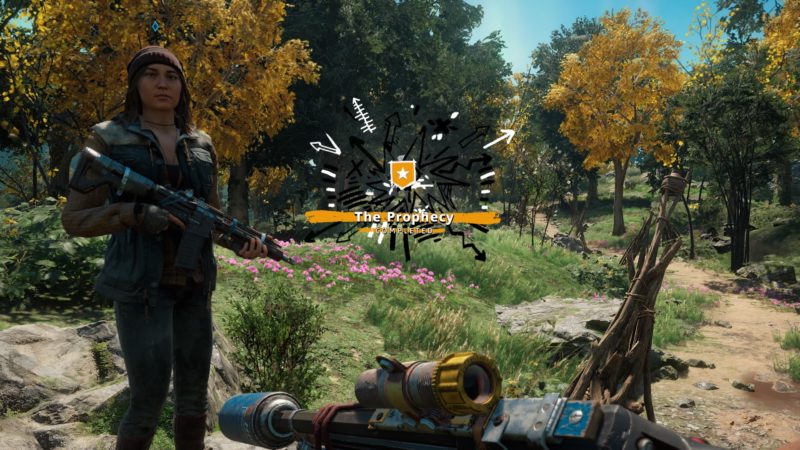 Into The Bliss (Walkthrough And Guide) – Far Cry New Dawn

Far Cry New Dawn: How To Liberate Outposts For Ethanol

Under Siege (Walkthrough And Guide)