Fallen From Grace is a quest in Assassin’s Creed Odyssey under the Torment of Hades DLC.

Your task is to help Brasidas find out who his true enemy is among other things.

Here’s a walkthrough of Fallen From Grace in AC Odyssey. 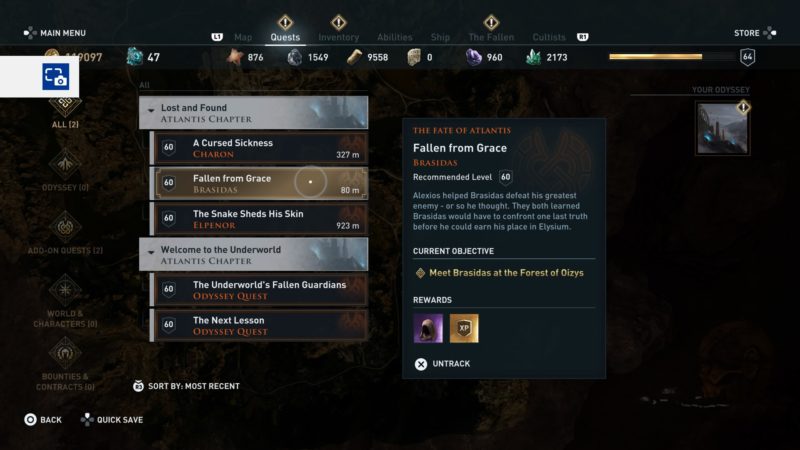 This present quest starts immediately after the previous one ends. Meet Brasidas at the Forest of Oizys. 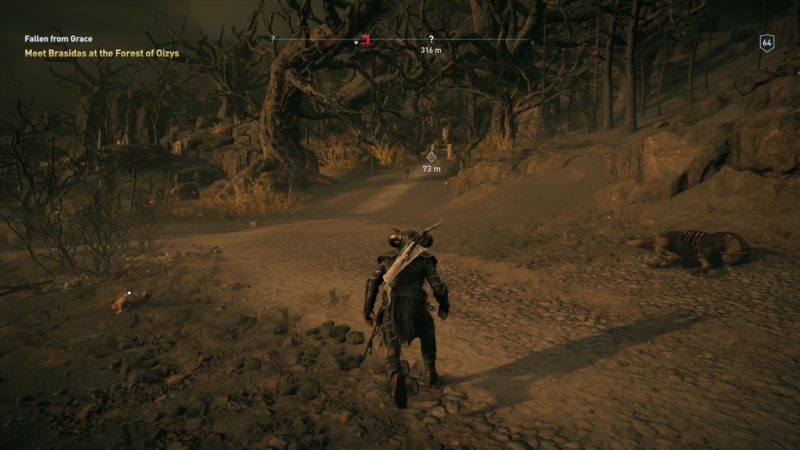 You now need to follow the directions given by the dead. Before that, kill all of the hounds in front of you. 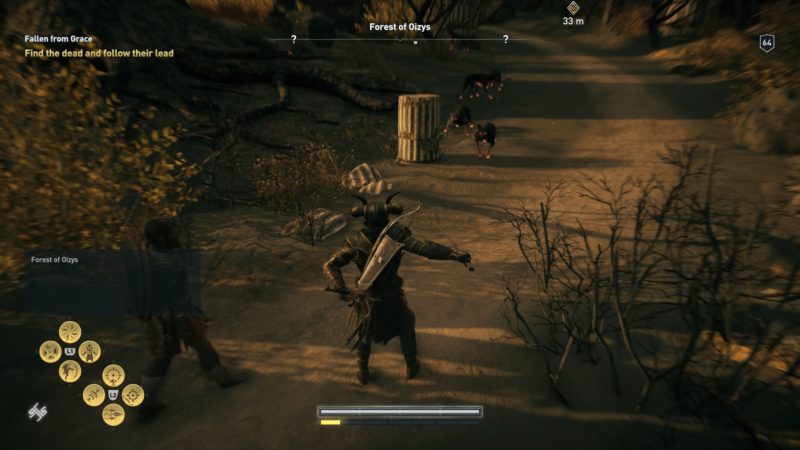 There are quite a number of them. 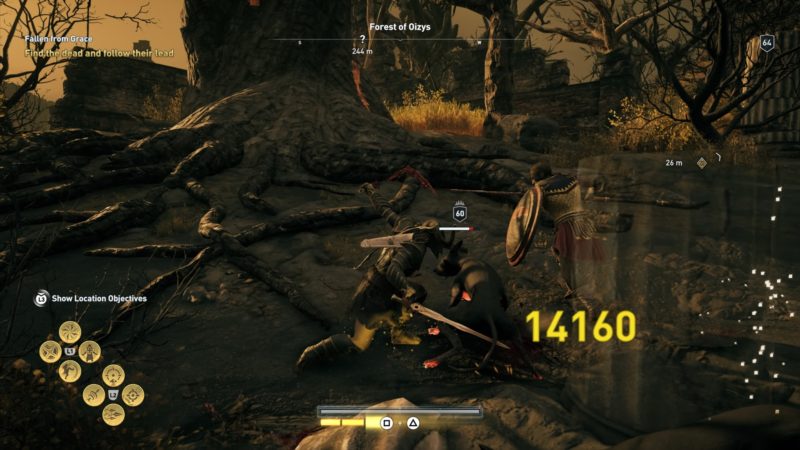 Once the area is clear, go to this dead man hanging and interact with it. He’ll point the direction for you. 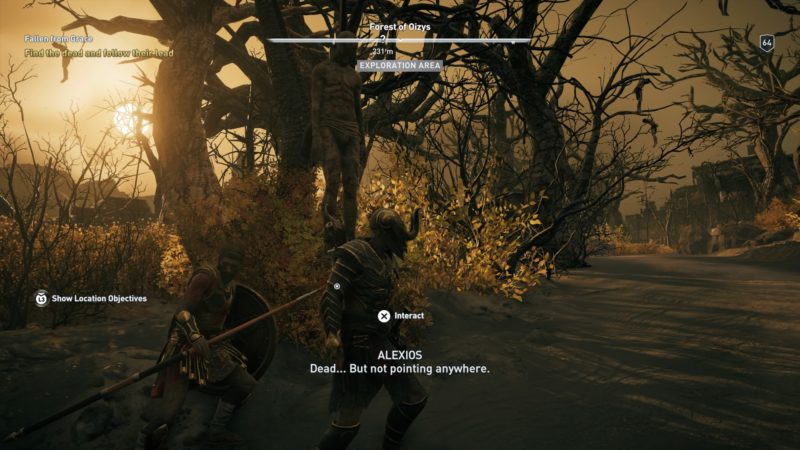 If you had followed the road, there would be more hounds. 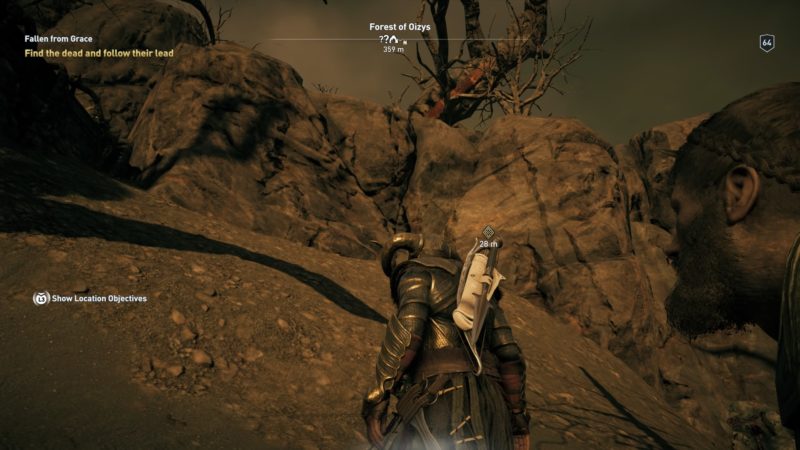 Interact with this dead body. 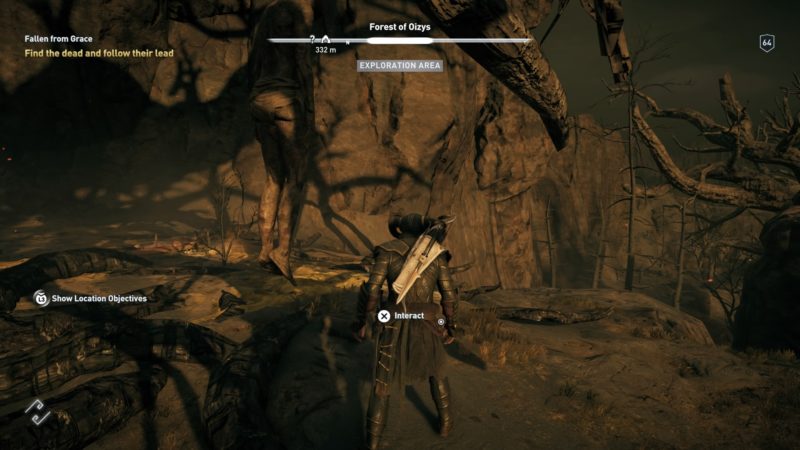 He’ll then point you towards the building. 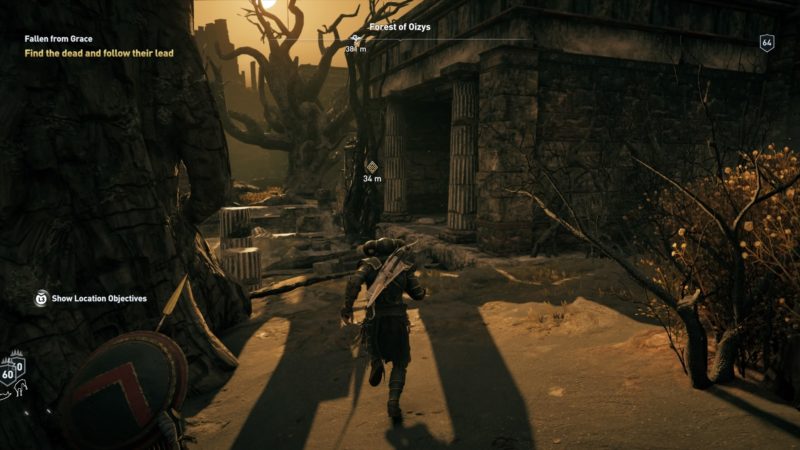 You will then see another dead person hanging named Lilaira. A cutscene will load.

Apparently you need to help the dead woman find peace by bringing something belonging to her.

Find Brasidas at the Cradle of the Underworld

Next, look for him at the Cradle of the Underworld. The exact location is shown in the map below. 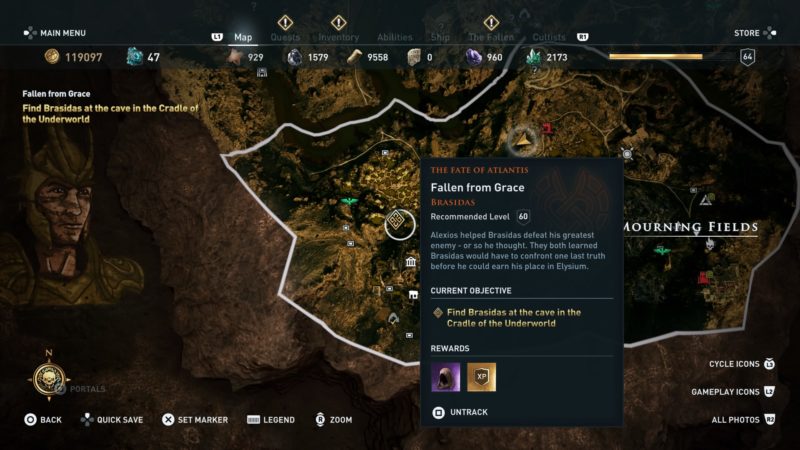 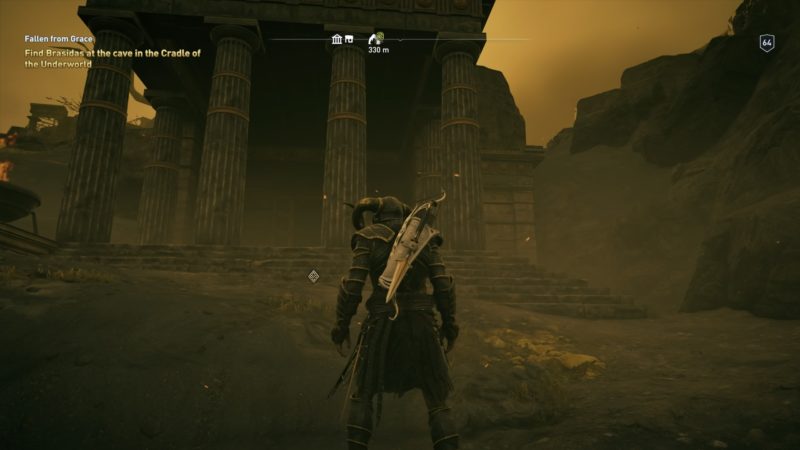 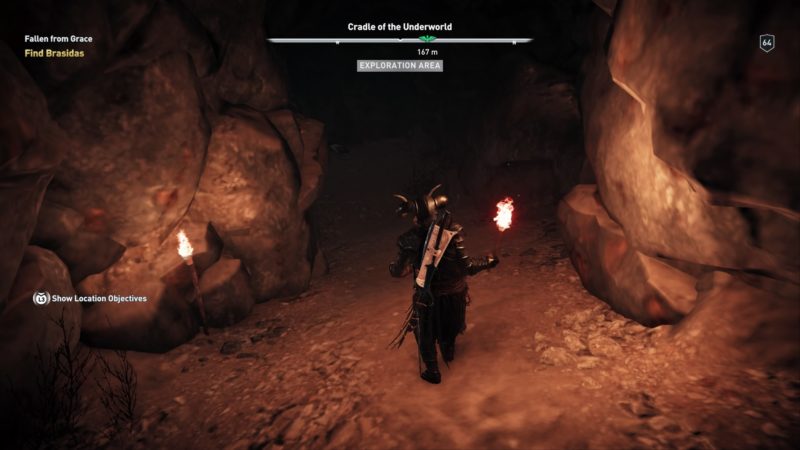 You will then see a Veil entrance here. Ignore this one as it’s not part of the quest. 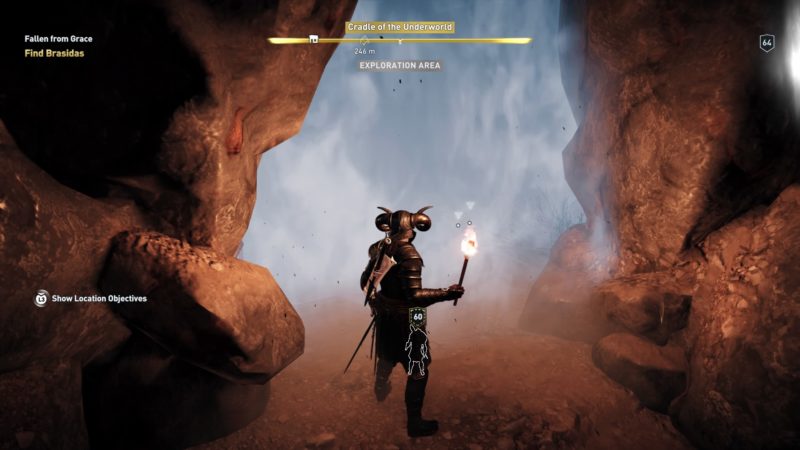 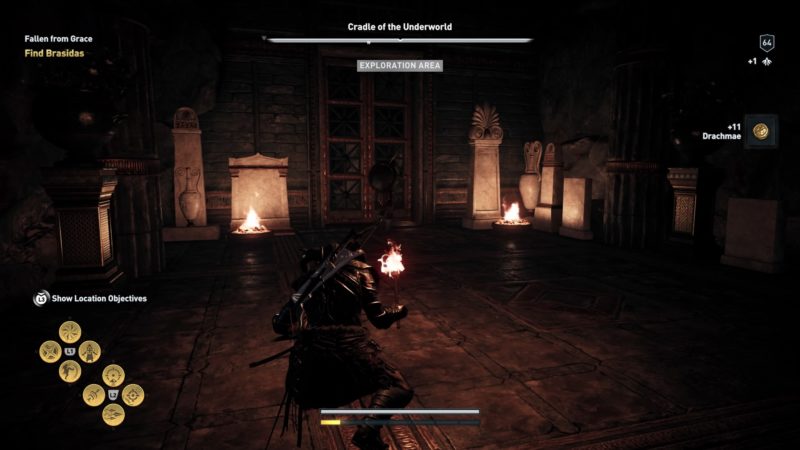 Apparently Brasidas can’t go in as the dead can’t go in. Go through the door. 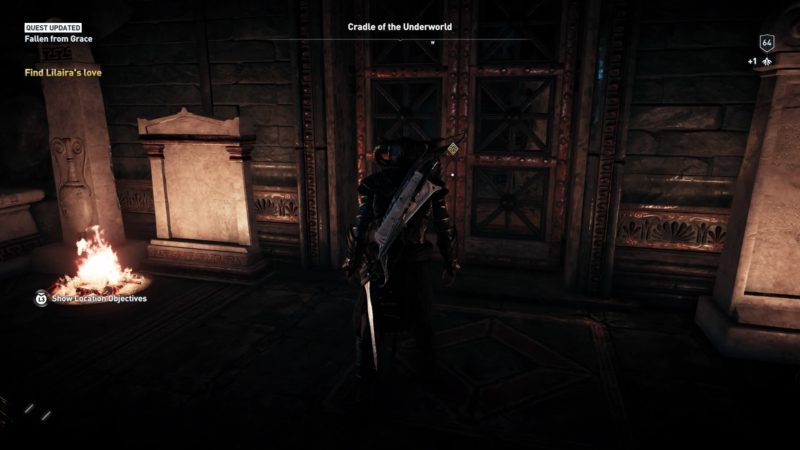 You will then come across some guards pretty quickly. Kill all of them. 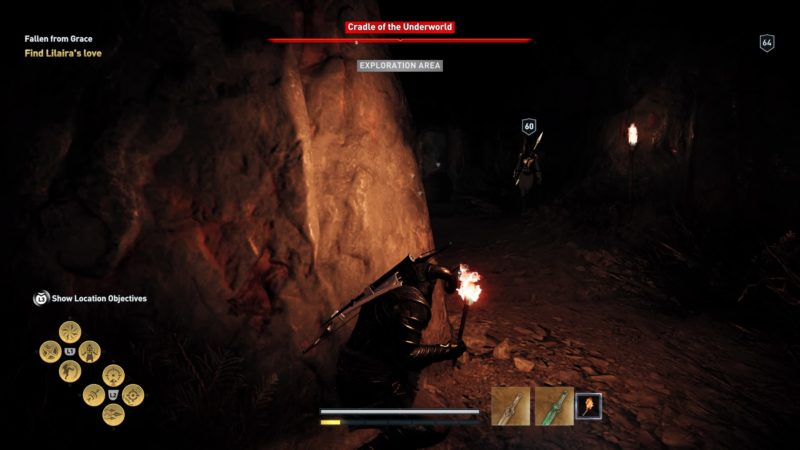 After killing the guards, you will come across more of them later. 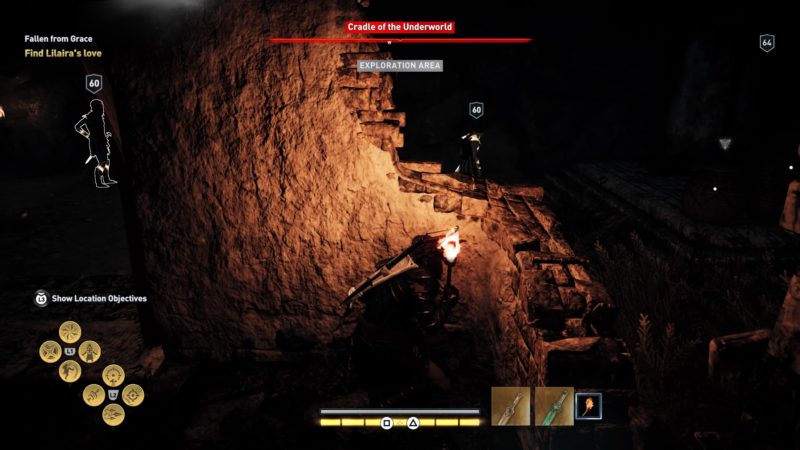 Keep going through this area filled with water. 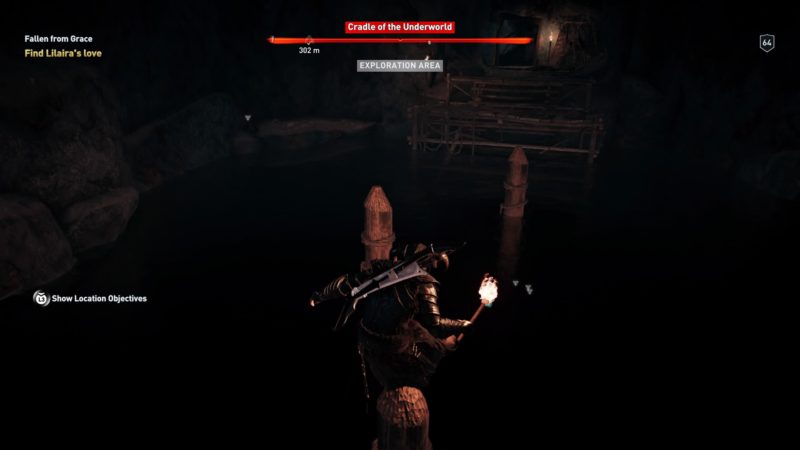 You will then meet more guards. Take them out. 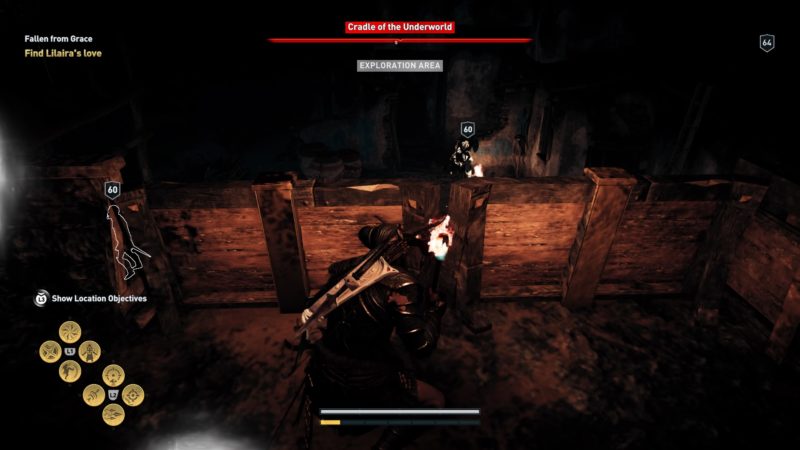 Next, look for this narrow crack to proceed further. You should hear a baby crying. 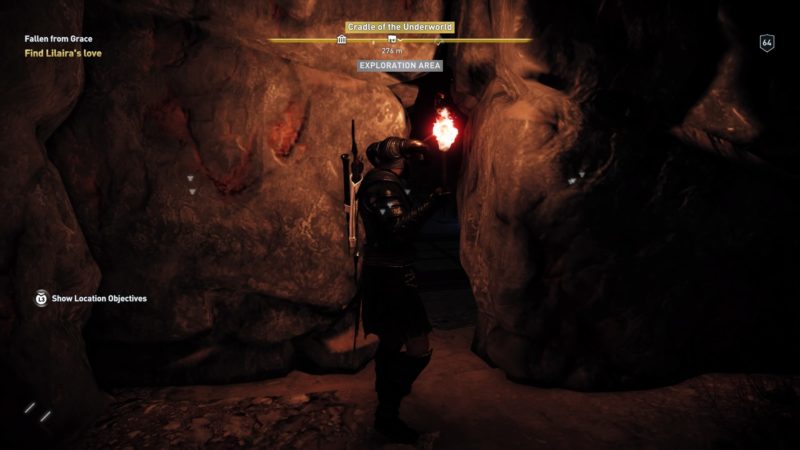 You will then reach a room. Interact with the urn, which is Lilaira’s dead fetus. 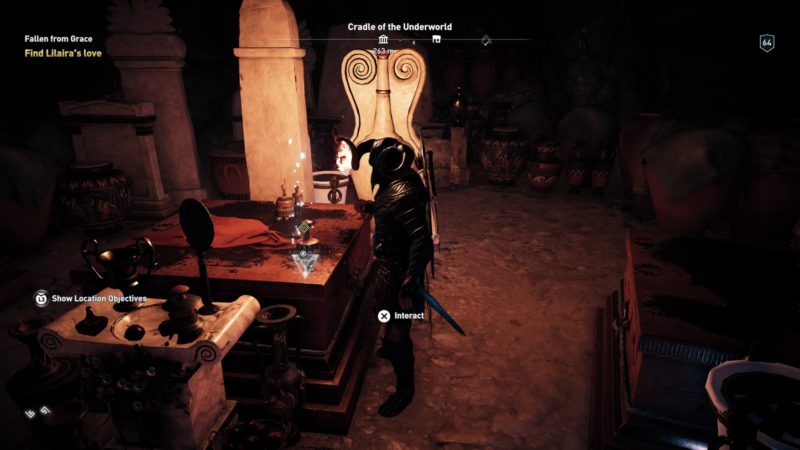 Return the child’s remains to Lilaira

You have to bring it back to Lilaira. 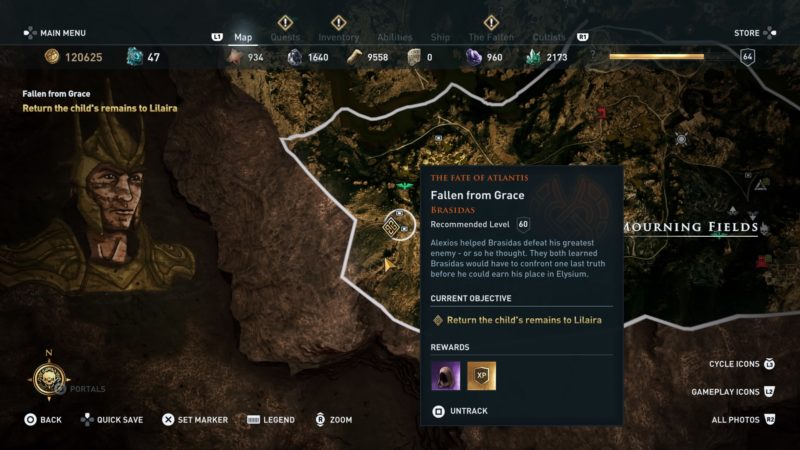 Unfortunately, you can’t fast travel out. You need to go back where you came from and meet Brasidas again. 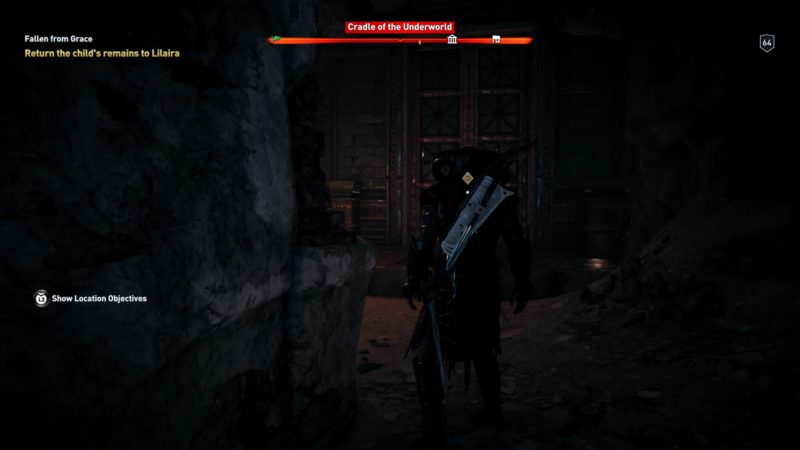 On the way out with Brasidas, you will encounter more guards. Kill them all. 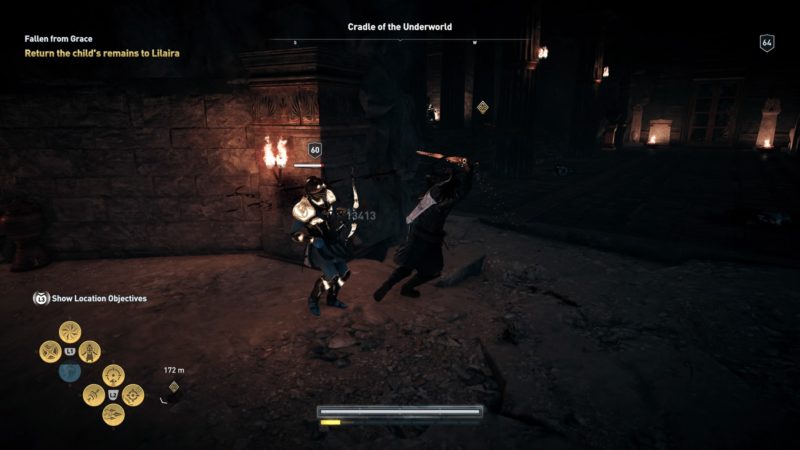 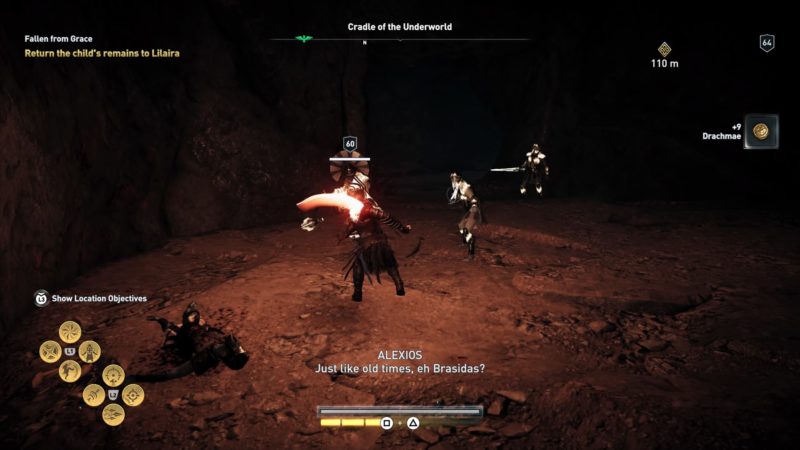 Finally, get out of the building. 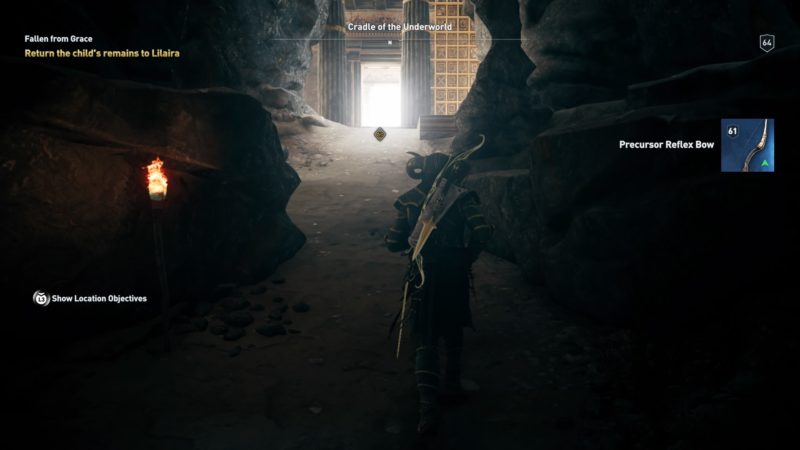 Get back to Lilaira at the exact location shown below. 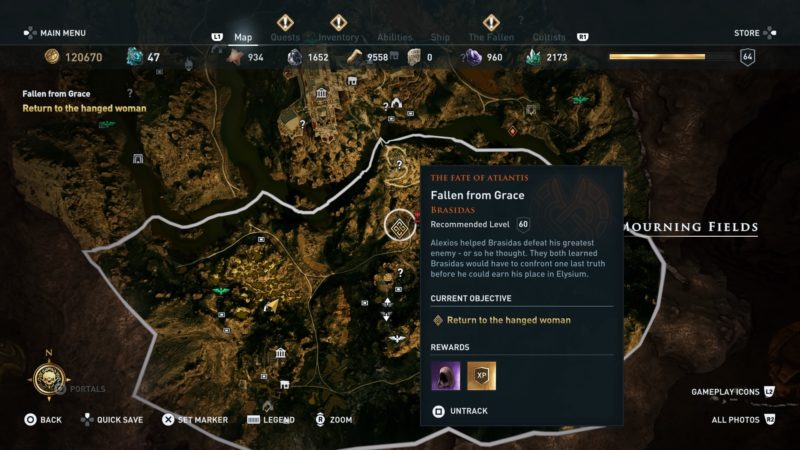 During the conversation, I chose the peaceful option – “You’ve suffered enough”. She then explains who she really is and how Brasidas murdered her husband and caused her fetus to die. 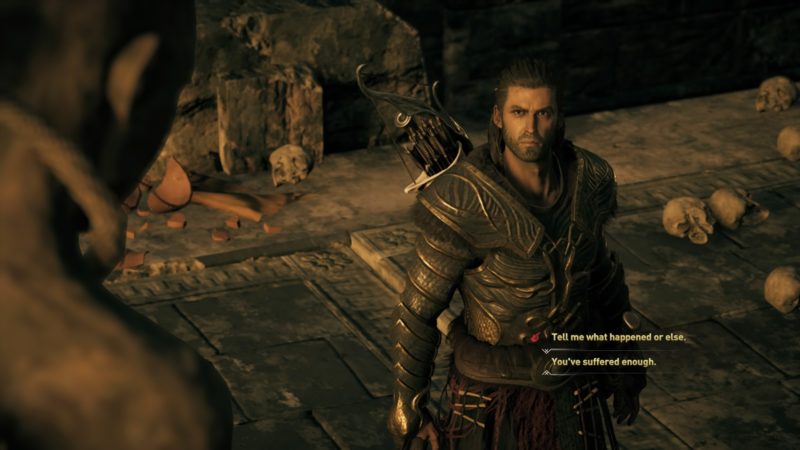 Hades then appears and you have to make a choice. Do you still wish to send Brasidas to Elysium or ask him to remain here?

I personally chose to send Brasidas to Elysium. 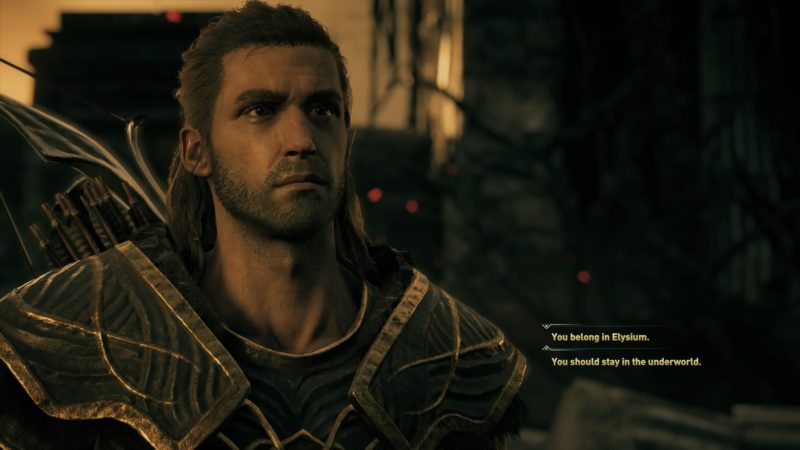 Hades then loses his bet to Poseidon. 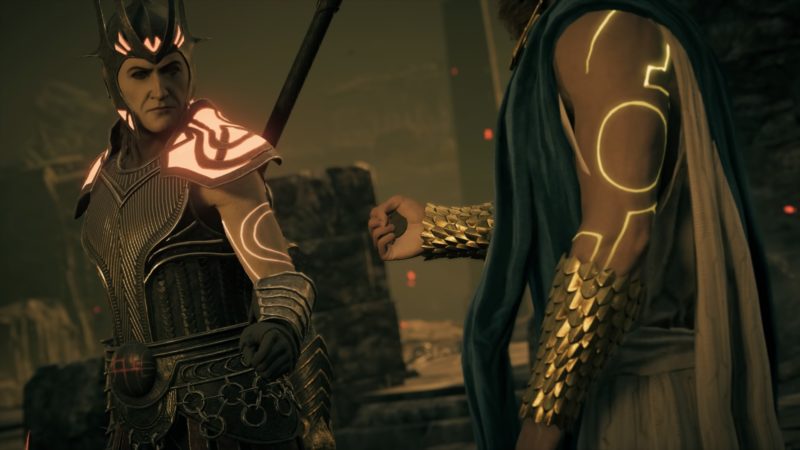 The quest completes here. You’ll get a Sorrow Shroud. 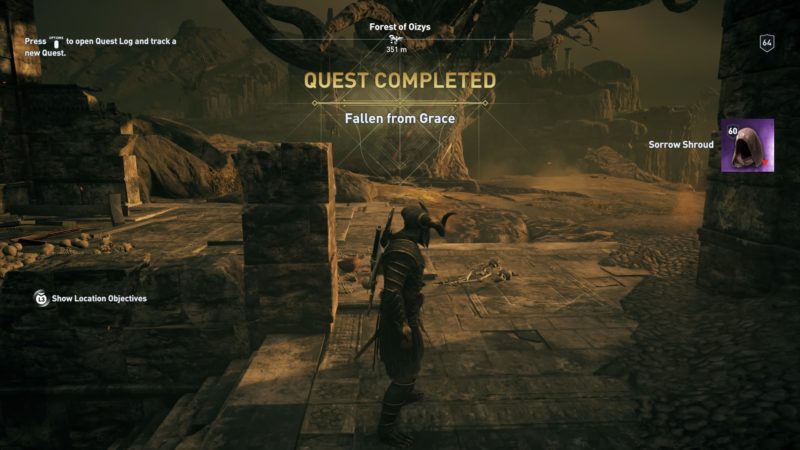