Eteokles’ Symbol is a support quest in The Fate of Atlantis in Assassin’s Creed Odyssey.

Your task is to get to the Tomb of Eteokles to find the symbol as the Heir.

Here’s a walkthrough of Eteokles’ Symbol in AC Odyssey.

Look for the Tomb of Eteokles

Your first task is to find the tomb. It’s located at the north-west part of Attika, right beside the Megaris border. 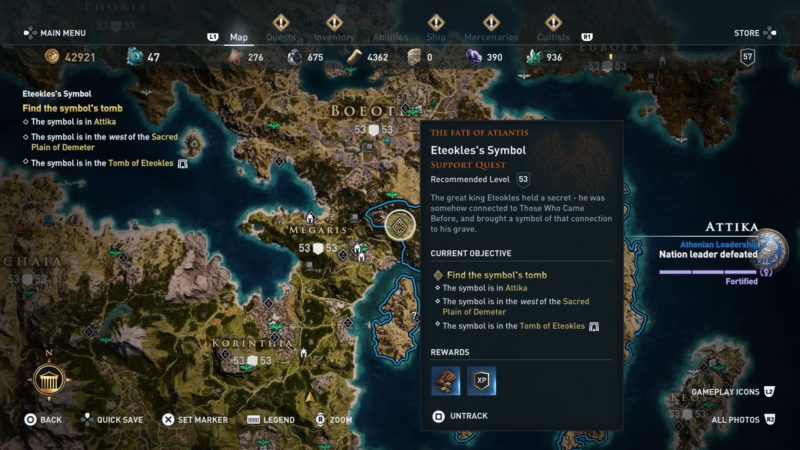 As you get closer, you have to use Ikaros to pinpoint the location. 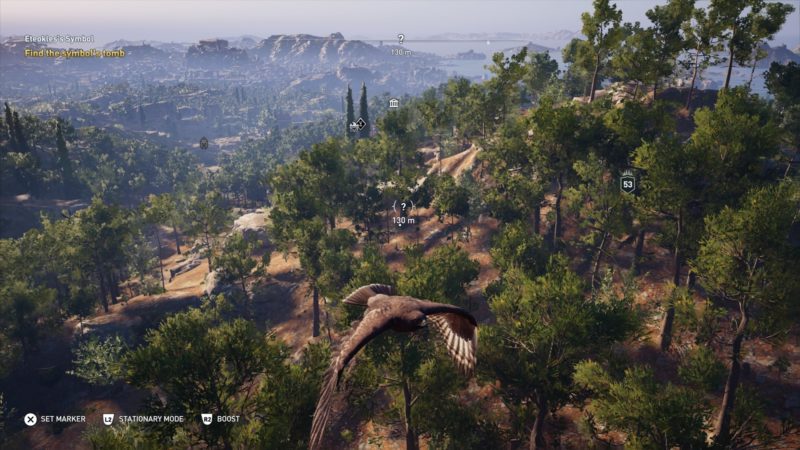 You should find yourself at this entrance to the tomb. 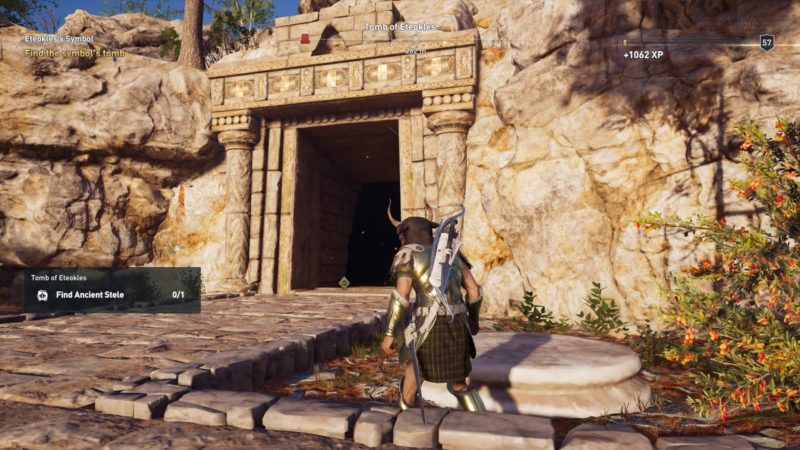 Talk to Aletheia to begin the quest as the Heir. You will be transported back to Layla Hassan. 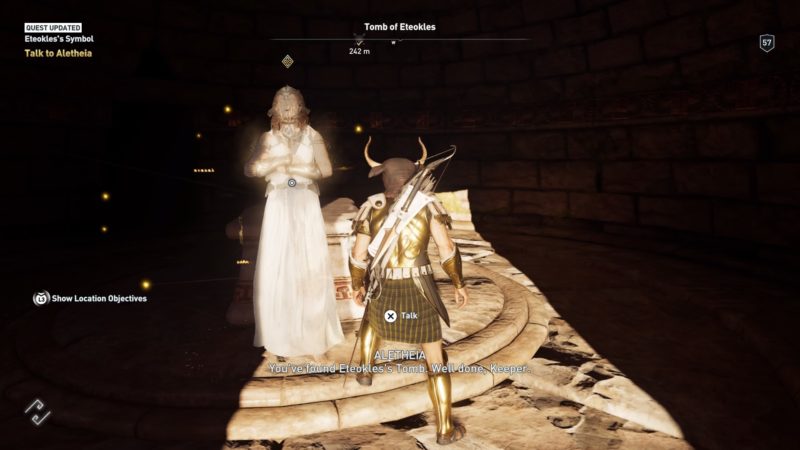 After spawning as Layla, just go downstairs. Watch out for those spikes on the ground as you will die immediately if you get hit. 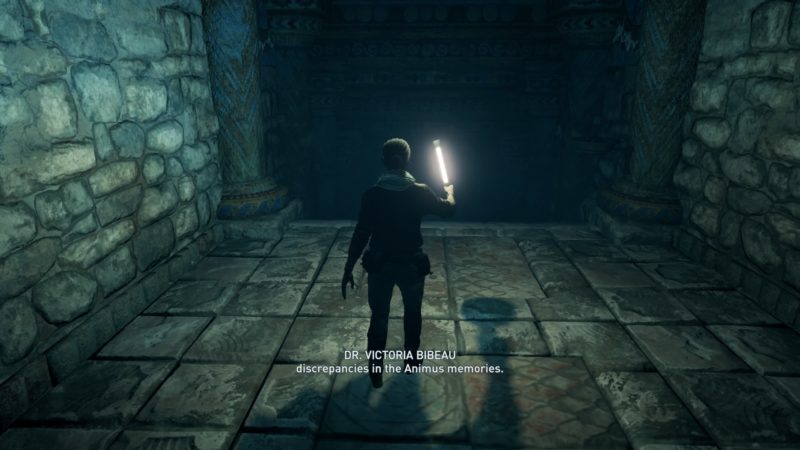 Keep going until you reach this room with the King of Thebes statue. 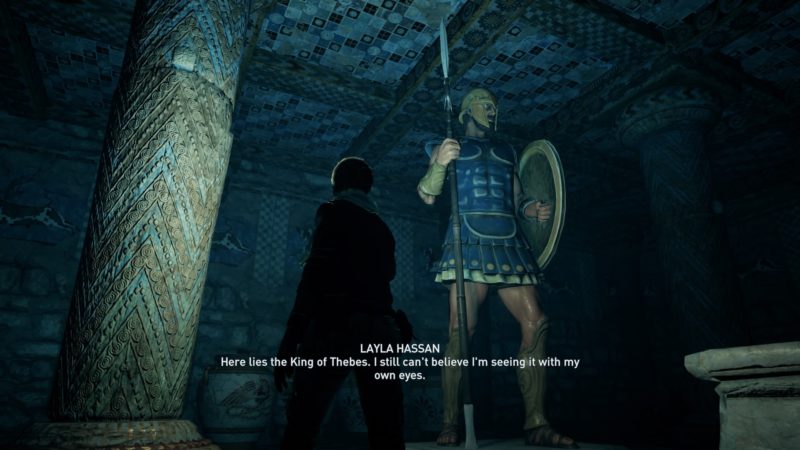 Get to the shelf in the room that is blocking a pathway. Move it. 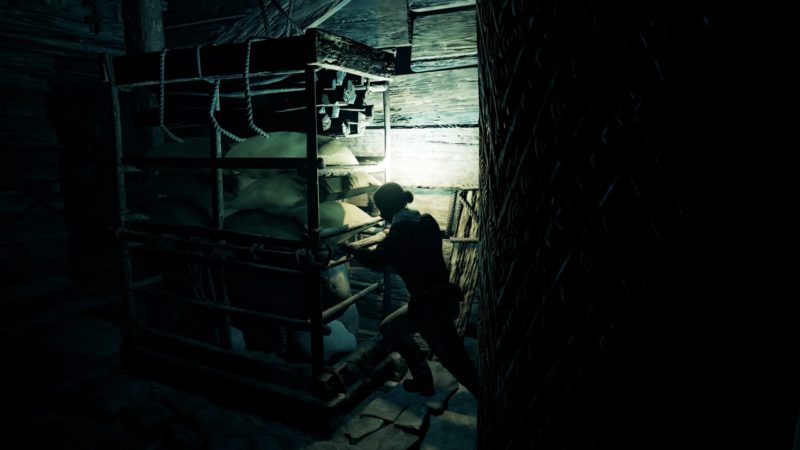 Get through this pathway. 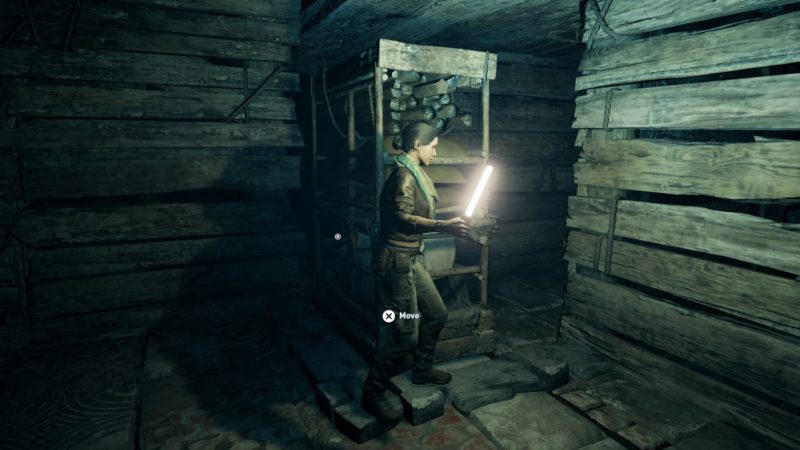 Keep going and you’ll see this crack on the wall. You can slide through it.

Keep walking and you’ll come across another statue at the end of the walkway that you can interact with. You’ll know you’re on the right way if you see this. 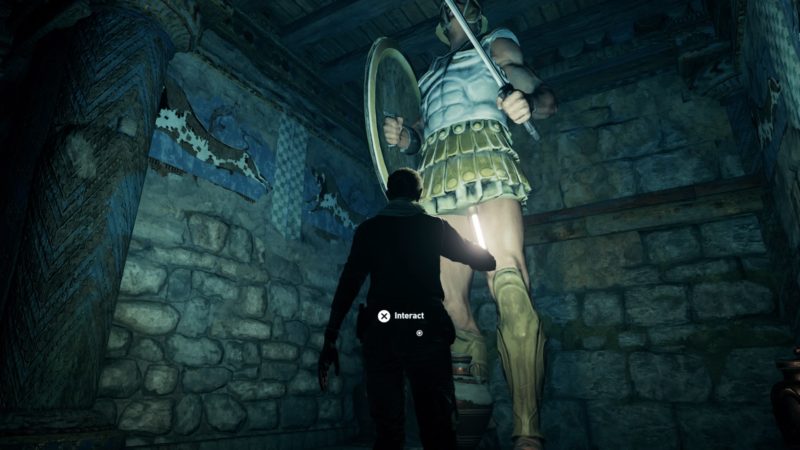 Follow the road to the left and you will be led to this room filled with more statues and a tomb in the middle.

The symbol is on the tomb. Interact with it and you’re done. 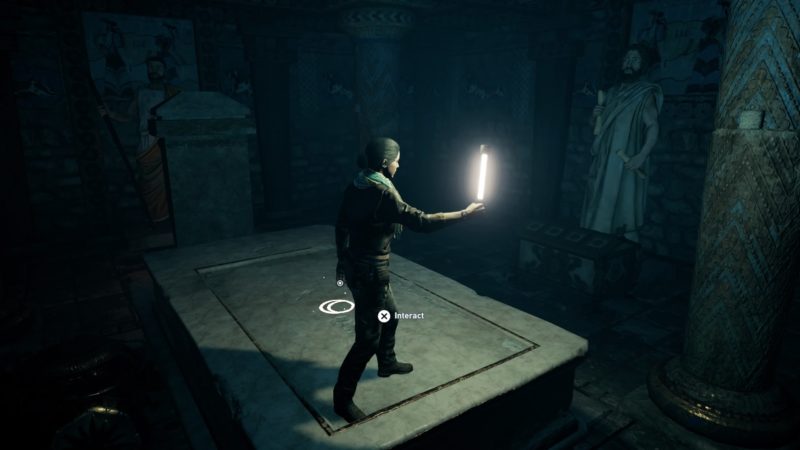 The quest completes after you’re back as Alexios and you will earn some drachmae. 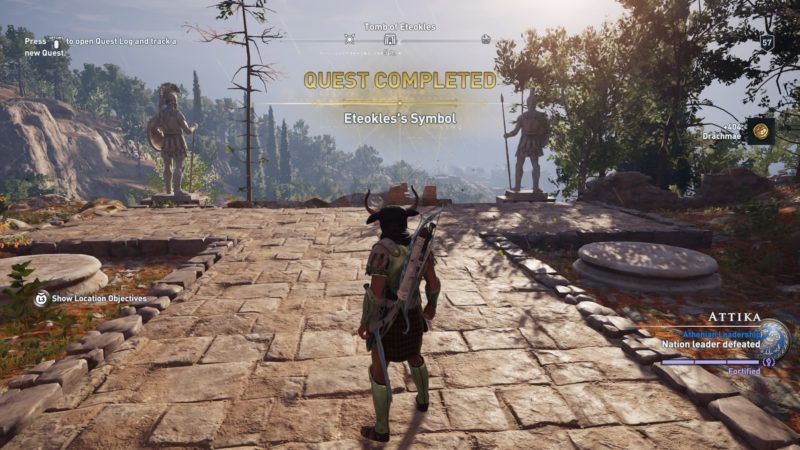