It’s official. An egg now holds the most likes on any photo in Instagram.

This photo is the only photo posted on the 5th of Janaury by a group called the Egg Gang, and the IG name is “world_record_egg”. 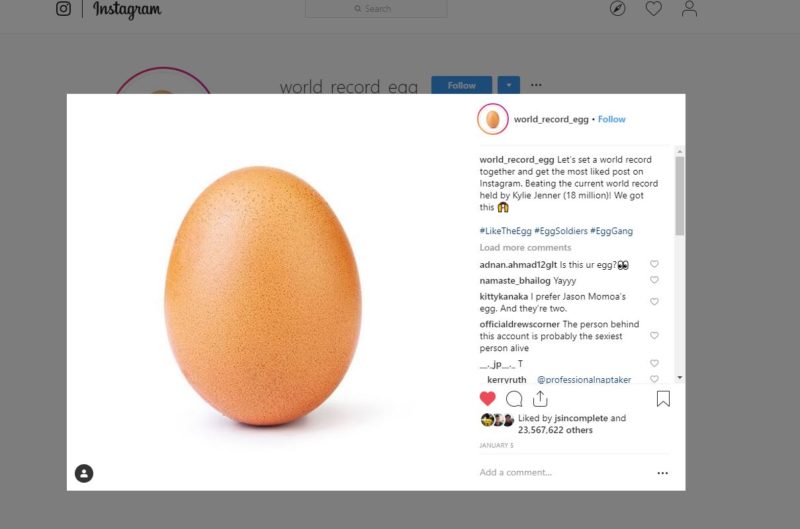 If there’s one thing that unites users on Instagram, it’s an egg. Even the comments are garnering a massive amount of likes.

Prior to this, Kylie Jenner had the most likes on a photo with a massive 18.2 million.

The photo is of her baby holding her thumb and it was posted on the 7th of February 2018. 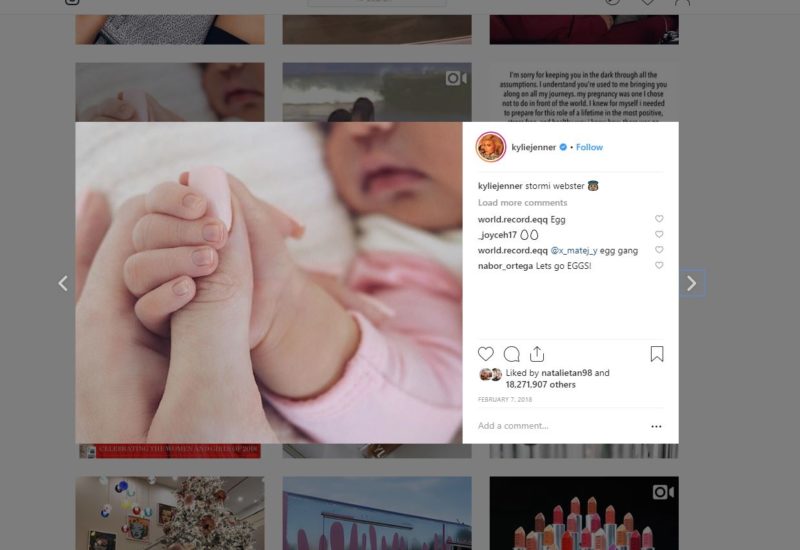 What’s next? A potato?