Following the tradition of most JRPGs, the best weapons in Persona 5 cannot be bought through the regular equipment vendor NPC in the game.

Ultimate weapons in JRPGs are usually obtained through crafting and questing.

In Persona 5’s case, this means leveling up your Confidants to unlock the necessary Personas and itemizing them through the electric chair in the Velvet Room.

A lot of them are fairly difficult to get, with a few that can’t be reasonably obtained in one playthrough. However, the payoff is absolutely worth it especially in the harder difficulties.

This guide covers most of the Persona 5 characters, not every single one.

How to get the top weapons in Persona 5

In order to itemize Personas into weapons, you will need one Black Kogatana or one Model Gun, depending on the weapon type. Obtaining these can be a grindy, but there’s no other way to get the best gear in the game.

You may pass by a few of these while opening the treasure chests in the story dungeons. They have some of the worst offensive stats in the game and sell for a mediocre price.

For experienced JRPG fans, getting a bad weapon in the middle of the game is a clear sign that it’ll be useful later on.

If you happened to sell these weapons, don’t fret. Both are grindable in the Mementos. They’re not exactly rare, but they can be time consuming if you want to get all the copies you need. 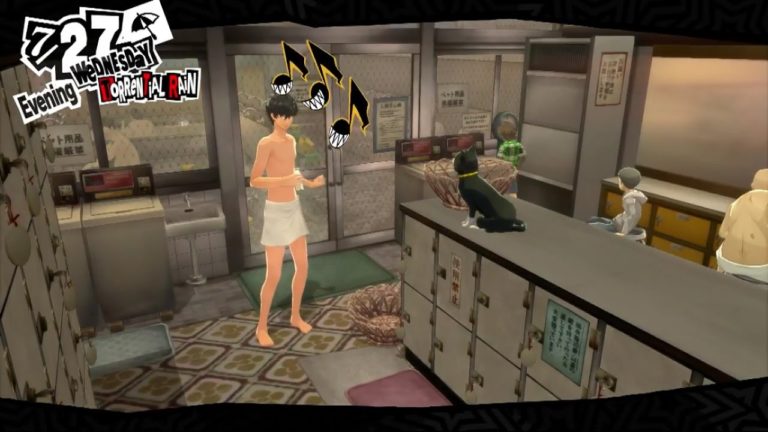 If you’re not a fan of grinding for your gear, they’re also purchasable in certain shops. Black Kogatana can be purchased occasionally in the second-hand shop near LeBlanc. These restock about once per month, so try to visit the shop regularly to get them.

You can trade those in for Model Guns from the Covetous Man near the machine. He has 7 Model Guns to trade with you.

Once he runs out, he’ll trade you a Balm of Life for them instead. Your equipped Persona’s Luck stat comes into play here. The higher the luck stat, the better your chances of winning.

You can also buy Black Kogatana and Model Guns from Tanaka’s Shady Commodities. You can access this shop after you fix the broken laptop that can be purchased through the second-hand shop.

Initially, you will be only be able to purchase a small list of items. Spend more money in this shop to rise up the ranks.

Spending 50,000 yen will take you to the Dark rank, allowing you to purchase Black Kogatana for 1000 yen each.

Spending 100,000 yen unlocks the Chaos rank, which includes the Model Gun for 1000 yen each. Earning that much money might seem like a chore, but there’s a trick to making money that involves confusion and Mementos bosses. That’s for another article.

After getting however many itemization catalysts you want, it’s time to make the actual weapons. Head to the Velvet Room and ask Igor to itemize personas for you.

The Personas you need to make the best weapons are usually at a high level. Some of them require Group Guillotine fusions, so make sure you don’t neglect Caroline and Justine’s Confidant.

Now that all the preparations are done, let’s get to the actual recipes. 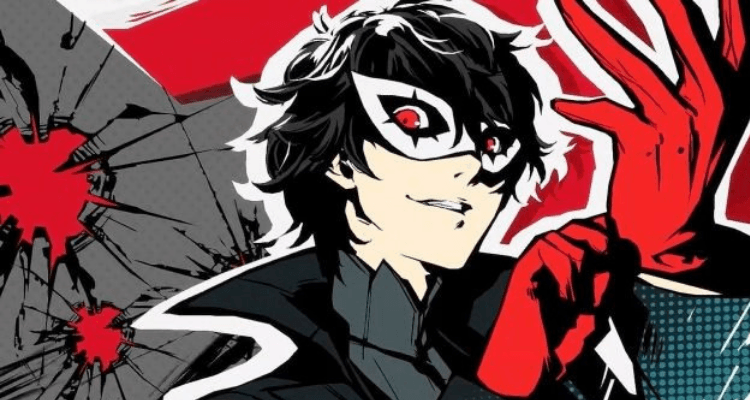 Here are the ultimate weapons for Joker.

The Protagonist’s ultimate weapon boasts a fairly high attack stat and damage reduction for one element. This can be useful in some circumstances. The requirements to make it are very steep.

To make Satanael, you would need to complete the game once to make the recipe appear. His recipe requires Lucifer (Star), Satan (Judgement), Michael (Judgement), Ishtar (Lovers), Anzu (Hierophant), and Arsene (Fool).

The recipe requires you to have a level 10 Confidant Rank with Hifumi (Star), Sae (Judgement), and Ann (Lovers). While Sae and Ann probably won’t be a problem, maxing out Hifumi requires a maxed-out Knowledge stat. Plan appropriately before attempting to make this weapon.

Fusing Satanael will also unlock a hidden achievement for the completionists out there.

The Tyrant Pistol is a powerhouse for a magic-oriented protagonist. Using it with a Persona with Invigorate 3 or the SP Adhesive 3 accessory makes the protagonist a very effective mage.

Lucifer is the ultimate Persona for the Star Confidant, which means you have to max out your Knowledge for Hifumi.

If magic isn’t for you, then you might be better off with the Nataraja. It has a bit less attack, but the boost to all stats can be appealing to those who prefer a more physical play style.

The recipe to make Metatron is Michael (Judgement), Sandalphon (Moon), Dominion (Justice), Melchizedek (Justice), Power (Justice), and Principality (Justice). Metatron is the ultimate Persona for the Justice Confidant, but that maxes out as the story progresses. 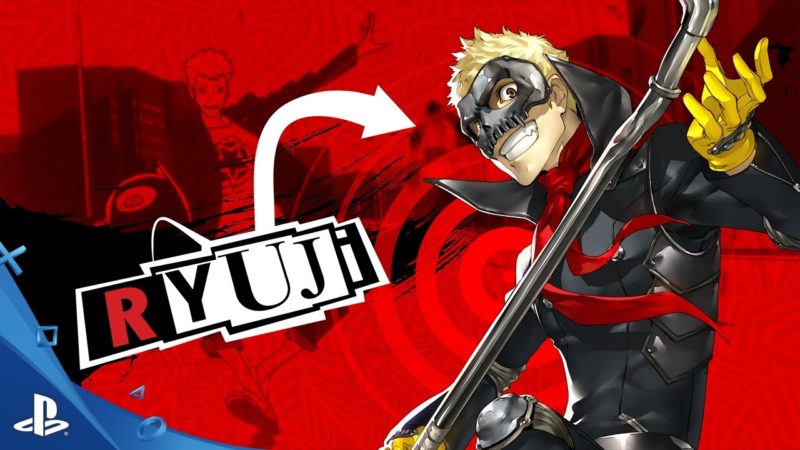 This might come as a surprise, but Ryuji’s best weapon isn’t his ultimate weapon. Instead, it’s the Mjolnir. Obtainable at an earlier time compared to other weapons, the Mjolnir has a less-than-average attack stat and poor accuracy.

This is balanced out by the Ryuji’s skill set which features some of the strongest physical abilities in the game. The Mjolnir is great for Ryuji because it allows him to forget Elec Boost in favor of a better skill.

Since he doesn’t get Elec Amp, you could swap Elec Boost for Shock Boost instead, for example. You can recruit Thor in the Mementos Depths.

Thor also has several recipes, the cheapest of which is Cerberus (Chariot) and Regent (Emperor).

The Megido Fire is pretty easy to get and boasts excellent stats. The boost to his critical chance is the cherry on top, but it’s unreliable.

Shiva can be obtained by fusing Barong (Emperor) and Rangda (Magician). Both of these Personas are obtained in the middle of the game, making the Megido Fire one of the less stressful weapons to make.

The Ruyi Jingu Bang isn’t a lot better than the Mjolnir. Getting 2 extra attack points and no improvement in accuracy in exchange for Elec Boost is a poor tradeoff.

Even getting Auto-Tarukaja isn’t very good considering the Protagonist can easily get Personas that have Auto-Matarukaja.

The good thing about the Ruyi Jingu Bang is the fact that Hanuman can be obtained earlier at Shido’s Palace. It might be worth the Black Kogatana while Thor isn’t available. 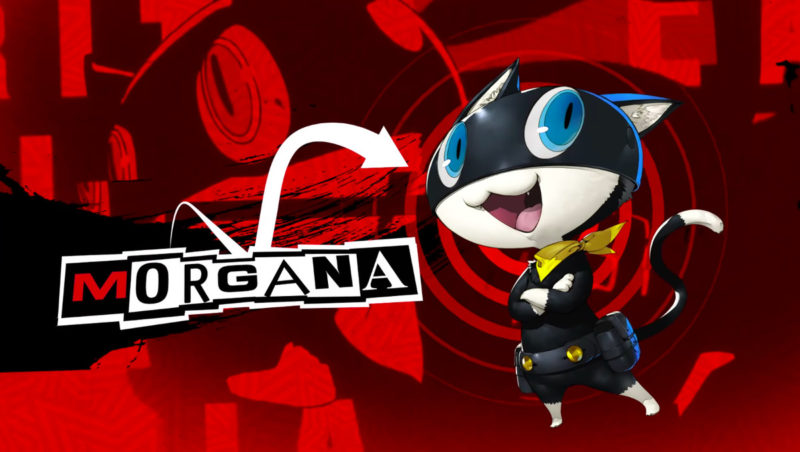 Getting Morgana to spam expensive spells can easily tax his SP pool, even with an SP Adhesive 3. Getting this weapon gives him a big boost to his SP pool. 50 SP is worth 2 more Samarecarm, 1 more Mediarahan, and so on.

It’s easily worth the effort. Making Mother Harlot requires you to max out the Empress Confidant, which can be difficult due to its max Proficiency requirement and the time it appears in the game.

Morgana’s ultimate gun, on the other hand, is a lot more disappointing. Its attack stat is a lot lower compared to other ultimate guns and its additional effect is negligible.

Making Kohryu requires you to max out the Hierophant Confidant, which requires max Kindness. 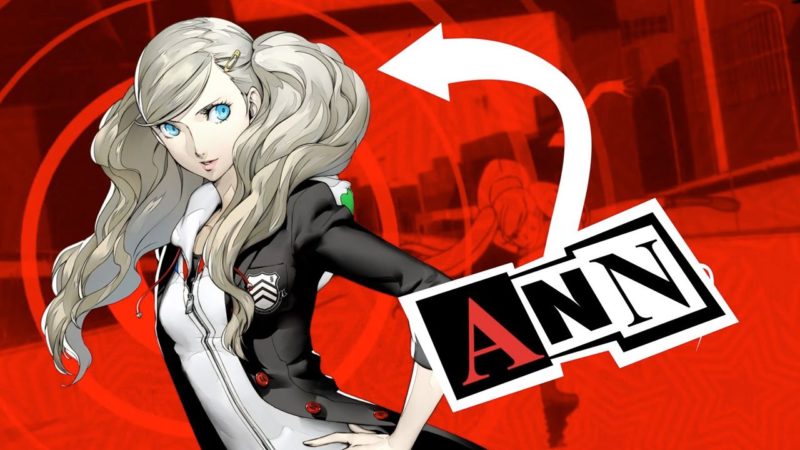 Ann’s ultimate whip is okay for what it does. You probably won’t use her as a physical attacker anyway, so the chance to freeze is mostly negligible.

It’s still useful to boost your All Out Attack damage though. You can get the Naraka Whip as early as Shido’s Palace.

Fusing Black Frost requires King Frost (Emperor), Jack Frost (Magician), and Jack-o-Lantern (Magician). You will also need to do the “One Who Bullies Bullies” request to make the recipe appear.

Ann’s best gun is a lot more effort than what it’s worth. Odin requires you to max out the Emperor Confidant, which requires level 4 Proficiency.

Odin has several recipes. The cheapest way to make him is with Oberon (Emperor) and Regent (Emperor). While the stats are decent, the inconsistency on Ann’s gun attack makes her a poor choice for hitting weaknesses.

The effectiveness of status effects fall off sharply in the late game as well. She’s better off as a pure mage. 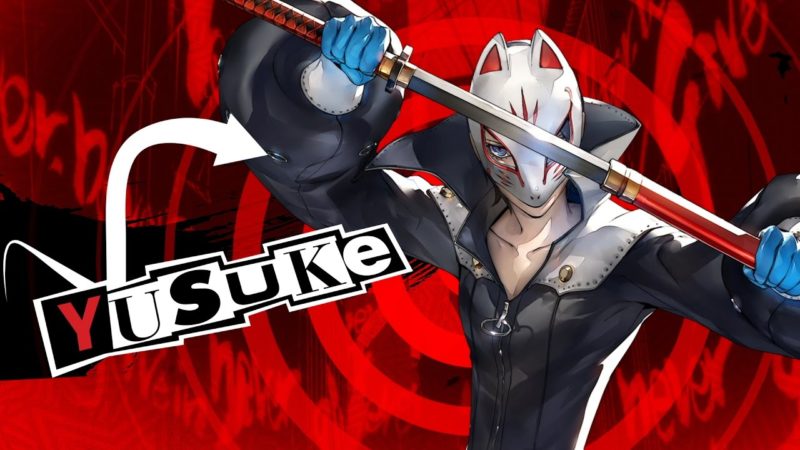 Yusuke is great as a physical attacker. Having him equip the weapon with the second highest physical attack stat in the game works well with his skill set.

Yoshitsune also happens to be one of the best physical attack Personas in the game, so that’s two birds in one stone if you have the money for him.

Yusuke’s ultimate gun works well as a stat stick. Adding more to his already high Agility and pairing those with his counter skills can allow him to survive in a pinch.

There are many recipes for Uriel. The cheapest way to make him is by fusing Melchizedek (Justice) and Koh-i-Noor (Priestess). 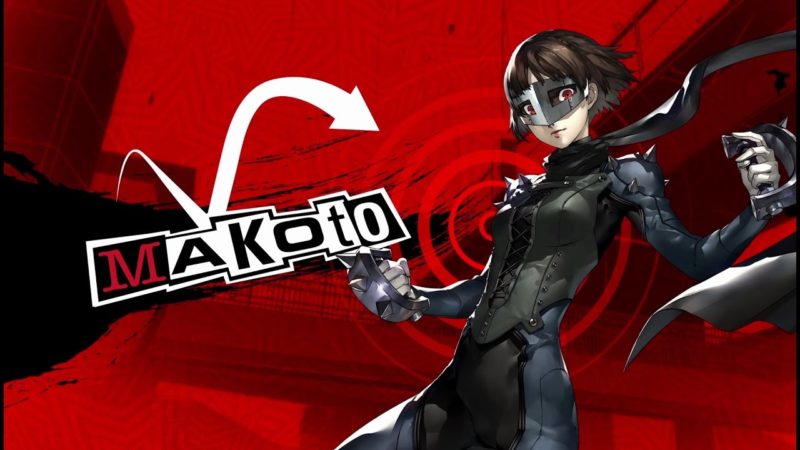 The Sabazios is probably the only weapon you would use for regular attacks near the end of the game. Getting more critical sources is great when fighting against the many Shadows that have no weaknesses, especially when you’re running low on bullets.

Fusing Cybele requires you to max the Priestess Confidant, which requires max Charm.

Cybele can be fused in many ways, the cheapest of which is with Sarasvati (Priestess) and Koh-i-Noor (Priestess)

2. Judge of the Dead

Ranged Weapon: Judge of the Dead

Getting +10 to all stats should be more than enough to get you to make this gun. Makoto’s ultimate gun is the game’s best stat stick.

To make Michael, you need to fuse Uriel (Justice), Raphael (Lovers), and Gabriel (Temperance) together. 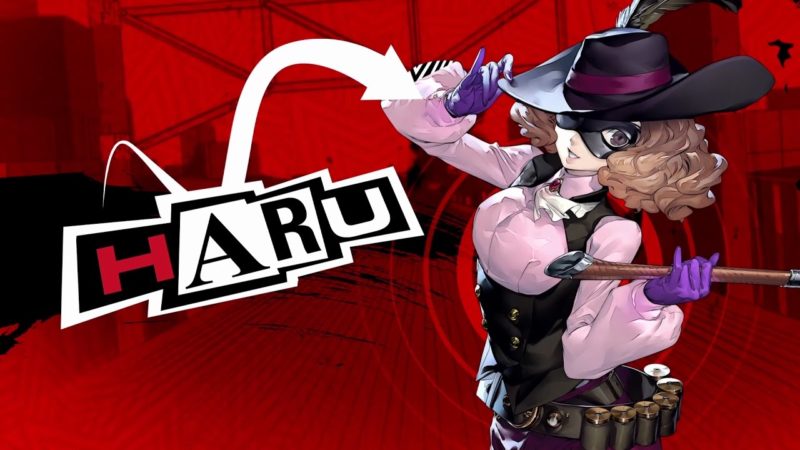 Haru’s ultimate weapon has the highest physical attack stat in the game. Combine that with a neat boost to her Magic stat and you get a great stat stick for her.

To make Beelzebub, you must max out the Devil Confidant. Beelzebub has plenty of recipes. Its cheapest combination is Belial (Devil) and Queen’s Necklace (Empress).

There isn’t a lot to talk about with the Yagrush. Its attack stat is reasonable, but not at the level of the other ultimate guns.

Haru also learns One Shot Kill, which is a far superior gun skill. There are some niche cases where you’d want to use this gun, especially when One Shot Kill isn’t available, but those don’t occur too often.

However, Baal is easy to make and has multiple recipes. Fusing King Frost (Emperor) and Regent (Emperor) is the cheapest way to get Baal.

Hopefully, you’ll get to enjoy more Persona 5 knowing which best weapons to use. Good luck!

Persona 6 Is In Production: Confirmed By Atlus In Dengeki Magazine

Persona 5 Stone of Scone – How To Defeat It?