Water Pokemon are great against ground type, rock type and fire type Pokemon. You should at least have one water Pokemon in your team as it comes in handy.

Here are some of the best water type Pokemon across all seven generations.

Some of your favorites may not make the list, but do comment below on which Pokemon you think should be in the top ten. 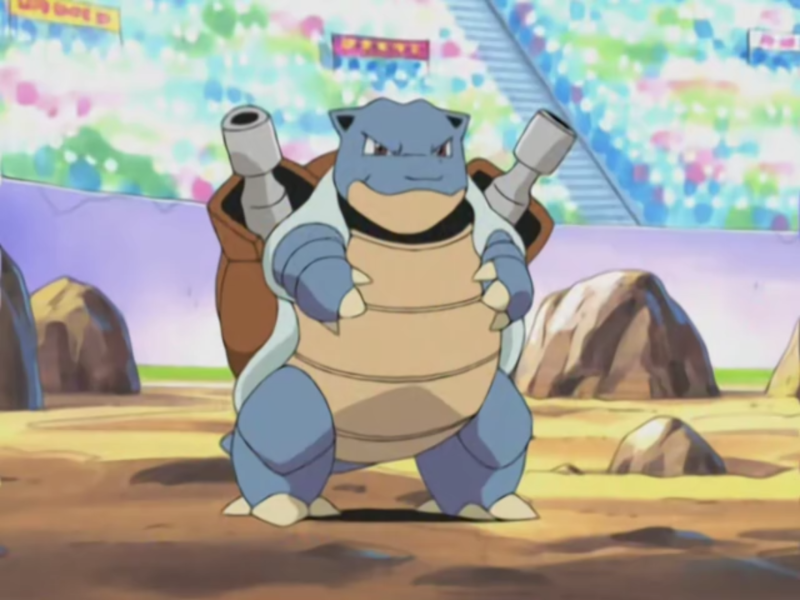 The first Pokemon to be listed here is Blastoise, the final form of Squirtle. This water type Pokemon is a fan favorite from the 1st generation. In later gens, it can even mega evolve into Mega Blastoise.

It has huge cannons on its back, and its hydro pump attack can probably penetrate concrete objects. As it’s heavy, it can withstand a lot of attacks and it can use its shell to do so.

Blastoise has pretty decent overall stats. When it mega evolves into Mega Blastoise, its base stats increases further and the attributes that stand out are special attack and defense. 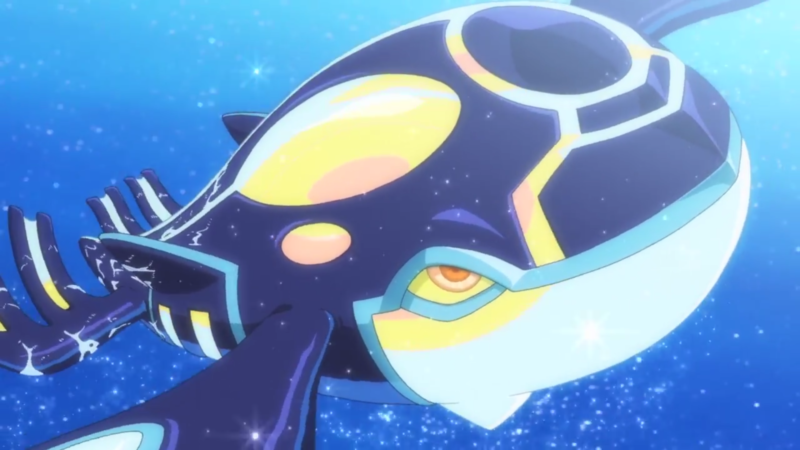 Next is a legendary water type Pokemon from the 3rd generation and is none other than Kyogre. It can also turn into Primal Kyogre. This Pokemon is part of the trio alongside Rayquaza and Groudon.

It’s also known to be powerful enough to expand oceans as it has control over the rain. Kyogre can use the ability to bring water to areas with drought and expand the size of the sea. It usually fights with Groudon a lot as well.

Gyarados is a flying and water type Pokemon from the 1st generation as most of you guys should know. It evolved from the crappy Magikarp and it can further mega evolve into Mega Gyarados.

Although it’s really heavy, it can leap really far on water and on land. Its fangs are also strong enough to crush stones and it has steel-hard scales. Gyarados is also known for being violent and temperamental.

It has decent base stats overall with attack being its best attribute. When it evolves into Mega Gyarados, its attack increases even further together with its special defense. 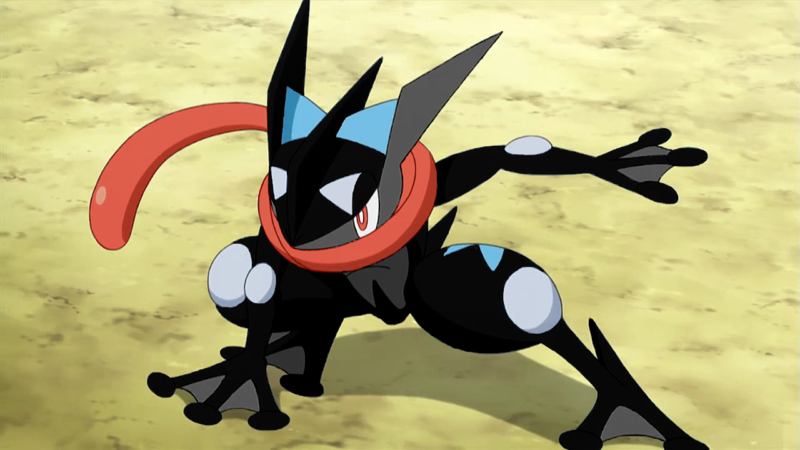 Greninja is a dark and water type Pokemon from the 6th generation, so it may not be familiar for some of you guys. It’s the evolved form of Frogadier, and it resembles a frog.

It’s like a frog ninja and it moves swiftly to confuse enemies. It shoots throwing stars made of water and slices up enemies. These water stars are also strong enough to cut metal. Greninja has an alternate form of Ash-Greninja in the cartoon.

Greninja has overall decent stats with speed being its best point. When it turns into Ash-Greninja, its stats will immensely increase, especially on attack, special attack and speed. 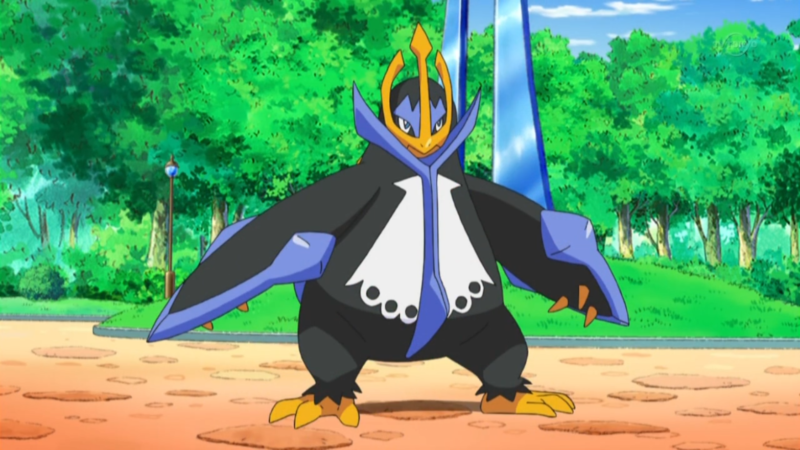 Empoleon resembles a penguin and is a water and steel type Pokemon from the 4th generation. It evolved from Prinplup.

As it’s steel type, the edges of its wings are as hard as steel. Apparently they are also sharp enough to slice through ice. It also has a unique trident-shaped chest that partially covers its face.

Empoleon has decent base stats overall, with special attack and special defense at the top. 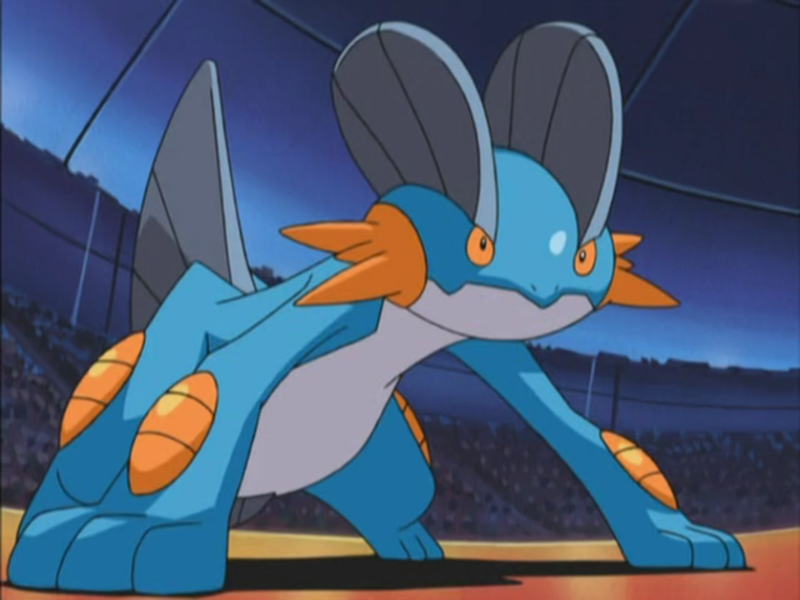 Swampert is a ground and water type Pokemon from the 3rd generation and evolves from Marshtomp. It can also further evolve into Mega Swampert.

This swamp-like Pokemon is blue in color and is actually pretty huge. Swampert has good physical strength as it can drag a boulder and swims even faster than a jet ski. It also has the capability of predicting storms just by observing the differences in the sound of waves.

It becomes even bigger in size when it turns into Mega Swampert. This Pokemon has decent overall stats with attack being its best attribute. When it mega evolves, its attack increases exponentially. 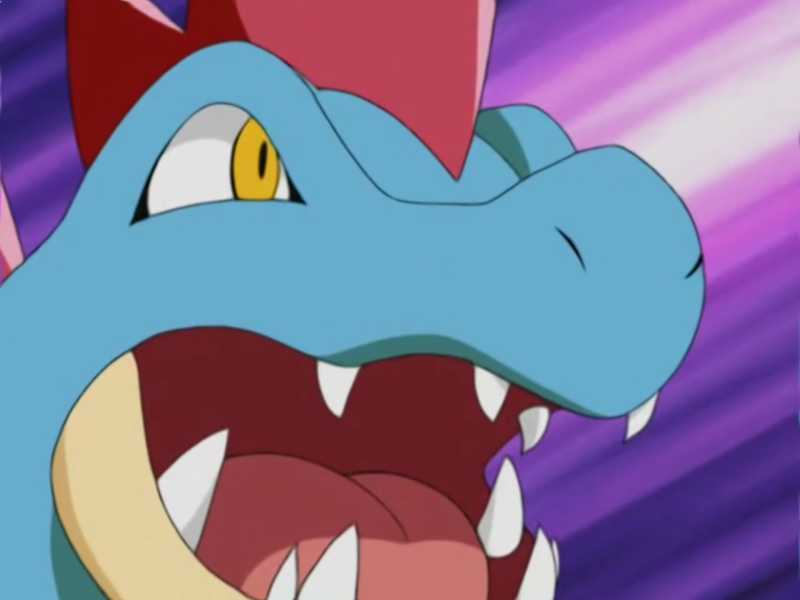 Next on the list of top water type Pokemon is Feraligatr. This Pokemon evolves from Croconaw and is from the 2nd generation. It’s one of the starter Pokemon in this generation.

This crocodile-like Pokemon is blue in color and has red spikes on its body and head. Although it’s pretty huge, it is still fast and agile as it has strong hind legs.

Feraligatr has decent overall base stats, with attack and defense being its strongest attributes. There are no signs of it being able to mega evolve as of now. 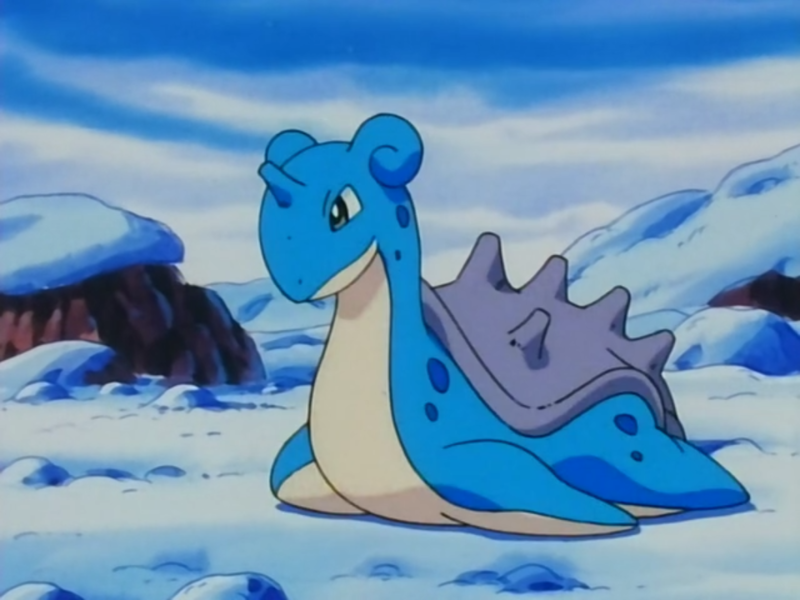 Lapras is an ice and water type Pokemon from the 1st generation and is also known to be pretty strong as a tank.

This water creature is pretty big in stature and has a huge shell on its back. Contrary to its size, it’s actually a pretty gentle Pokemon and usually helps ferry people across water. It is also said to be an intelligent creature.

Like other water Pokemon on the list, Lapras has overall decent base stats. Its HP / stamina is much higher than the rest, which makes it good as a tank Pokemon as well. 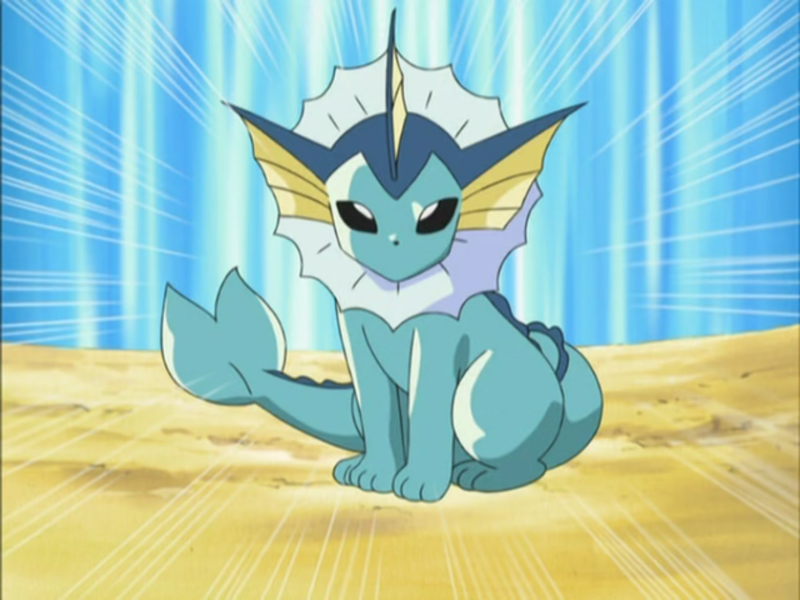 One of Eevee’s evolution paths is Vaporeon. This water type Pokemon is from the 1st generation and evolves from Eevee with the help of a water stone.

Vaporeon has a unique look as it has a white ruff around its neck and is often mistaken as a mermaid. This Pokemon is usually seen in freshwater lakes.

Vaporeon also has overall okay stats, but it does have much higher HP and special attack attributes, contrary to how it looks. 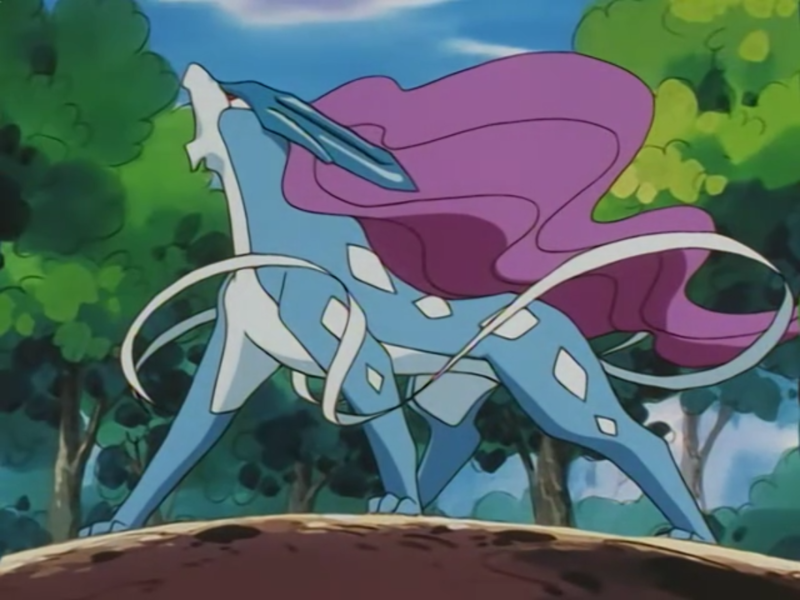 It’s only befitting to have a legendary Pokemon in the top ten, and Suicune is a water type Pokemon from the 2nd generation. It is one of the legendary beasts, alongside Entei and Raikou.

Suicune has this job of purifying dirty water and it travels in search of purifying water. It is also able to walk across water which is pretty cool.

It has good overall base stats, with defense and special defense as the strongest attributes. Surprisingly, it may be weaker than some of the other legendary Pokemon.

Which is the best water type Pokemon in your opinion?

There are plenty of strong water type Pokemon to choose from and it’s hard to pick a top ten that everyone can agree with.

So what’s your opinion on this? Which water Pokemon do you think belongs in the top ten?

Leave your comments below.