Lego has been the most desired toy of almost every child nowadays. Who doesn’t want to have a toy that allows you to build anything that you want?

It’s so popular that nowadays, you can enjoy playing Legos in a video game. For the past few years, game developers such as LucasArts and Warner Bros. Interactive have been releasing different Lego Games.

These games are available in different platforms such as console, mobile device, and PC. Lego games have been one of the most popular games in the virtual community and choosing the right Lego game will probably be a difficult one.

Here we gathered the best Lego games of all time that everyone will surely enjoy.

The popularity of the Star Wars Saga brought the game version of the whole trilogy. The game was able to capture all the six episodes of the Star Wars. Each mission differs from each other with 10 extra bounty hunter mission added for the prequel Trilogy.

In this game, you will be able to enjoy playing through the movies in the original series. The game covers the whole six movies of Star Wars prior to The Force Awakens.

You will be exploring each storyline of all the six movies. You will also get a chance to explore different places from the original series such as the harsh desert of Tatooine and the secluded remote corner Endor.

Players will be able to choose among 120 characters which are based on the original Star Wars characters. If you want to create your own character, players are also allowed to make their own character through the customization feature.

Players can also enjoy being a Jedi and master their skills in using a lightsaber and control the force. The game composes different challenges. Players may face LEGO-building puzzles or complete the storyline.

If you hate playing all by yourself, you can also enjoy the game with other friends through the multiplayer game mode. 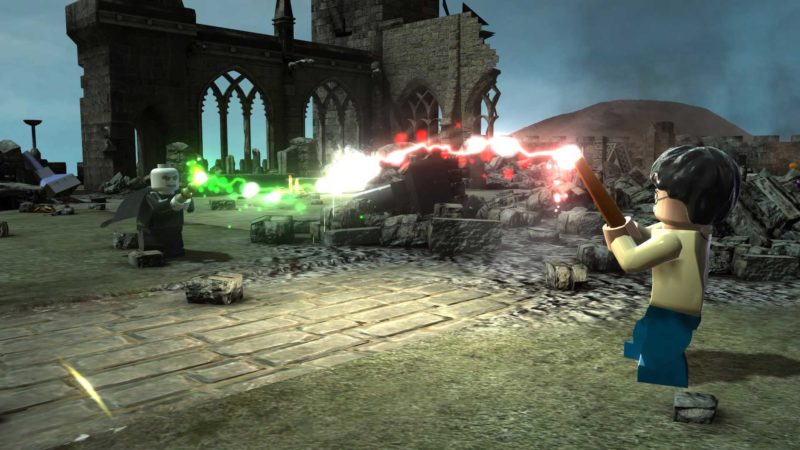 The game was previously released into two series. Each series has different stories based on the phenomenal Harry Potter Series. Few years after the release of the two Lego Harry Potter games, the developers were able to release the LEGO Harry Potter Collection that covers all the stories starting from his Hogwarts adventure up to his last stand against Voldemort.

Play through the story using the characters of Harry, Hermione, Ron, and other original characters from the Harry Potter series. Like the original series, the storyline in this game allows you to learn different things such as learning how to create potions, cast spells, and solve puzzles.

You can also explore the LEGO-themed places such as the Forbidden Forest, Chamber of Secrets, and London.

The game was published by Warner Bros. and was made available in different platforms such as PlayStation 4, PlayStation 3, Wii, Xbox 360, Nintendo DS, and others.

3. Lego Lord of the Rings 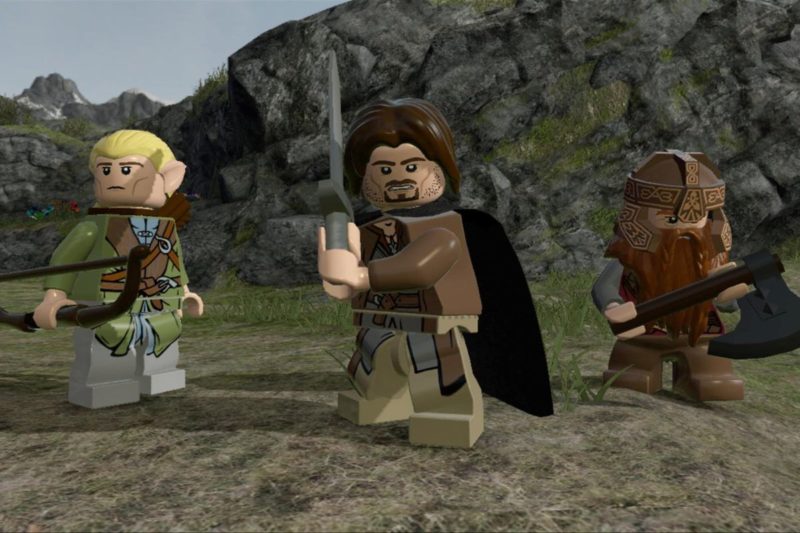 Who doesn’t want to play the Lego version of the iconic Lord of the Rings? This game takes you into the original adventure that you witnessed in the book and in the movies of the Lord of the Rings.

Since the game was based on the original storyline of the Lord of the Rings series, you will be facing familiar enemies in this game.

You will be battling against the Uruk-Hai, trolls, and ringwraiths. You will also get a chance to use your favorite characters such as Frodo, Aragorn, Legolas, Gimli, Gandalf, and Boromir.

The game was available on PS3, PS Vita, Xbox 360, and Pc. The game doesn’t only cover the story of Frodo but it also allows you to explore the storylines of other main characters.

If you’re already tired of using well-known names in the game, you can always choose to use the other 60 playable characters available in the game.

If you’re already tired of playing Lego games wherein the story and character were based on other franchise, Lego City Undercover is for you. This game offers an original storyline created by the developers itself.

The gameplay takes place in the Lego City where the player will be controlling the undercover cop, Chase McCain. His objective is to stop the criminal activities which are suspected to be caused by the notorious criminal Rex Fury.

The environment in Lego City is somehow similar to the famous Grand Theft Auto. The only difference is that everything in this game is made out of Lego bricks. Players will be able to enjoy solving puzzles and following the missions and storyline.

If you want to play the game with your friend, you may opt to choose the multiplayer mode where two players will be playing using split-screen technology. 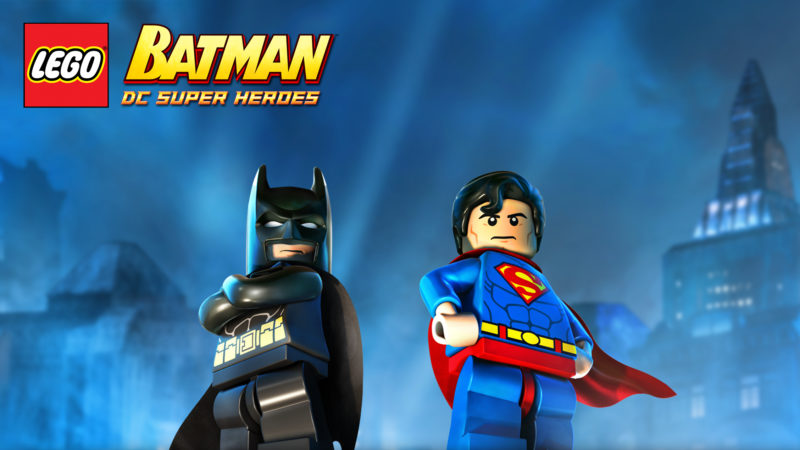 There are at least 80 other characters available in the game. Aside from the in-game characters, players can also create their own characters through the customization mode.

Players will get to explore the City of Gotham. You will get to face the main villain of Batman, Joker, and the enemy of Superman, Lex Luthor. There are different puzzles and challenges available in the game.

Players can also enjoy using the advance gadgets of Batman and Robin. The game can also be easily accessible because it is available in both Android and IOS devices.

If there is a Lego game version for DC superheroes, there is also a version for its Marvel counterpart. Enjoy an original storyline in Lego Marvel Superheroes and play your favorite character in the Marvel Cinematic Universe.

Famous characters such as Iron Man, Black Widow, Spider-Man, Wolverine, Storm, and Deadpool is just a few of the choices.

Players will be playing against the bother of Thor, Loki, and Doctor Doom. Your main objective is to prevent these villains from achieving their goal, destroying the planet Earth.

You’ll get through different puzzles and challenges and you will be facing these challenges by using your desired character among over 100 available Marvel characters.

This game can easily be accessed because it is available in multi-platform such as console, Windows PC, Mac, and Android and iOS devices. 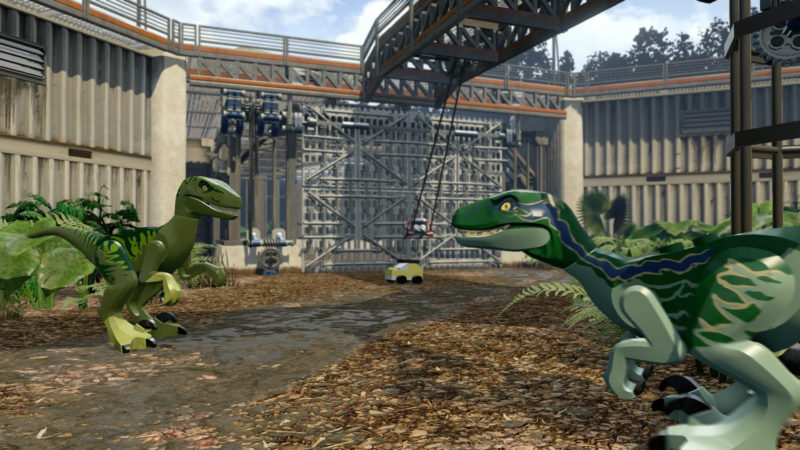 Lego Jurassic World takes you to an amazing dinosaur experience by bringing the storyline of the famous Jurassic World and Jurassic Park Series. Notable scenes in each film are recreated and serious scenes are revamped by adding more humor to the story.

This technique allows the children to play the game without worrying about the horrific death scenes in the film.

Play the character of Alan Grant, Ellie Sattler, Ian Malcolm, Owen, and Claire and explore different classes of dinosaurs. Unlock over 100 characters including the 20 dinosaurs.

In order to unlock these characters, players need to progress through the story of the game and in order to do this, players must be able to maximize the use of their characters special abilities.

Aside from the single-player mode, players can also enjoy playing the game together with their friends or family through the multiplayer mode. The game is available in multi-platforms such as console, iOS, Android, and Windows PC.

Indulge in the adventure of Indiana Jones by playing this Lego-themed game. Lego Indiana Jones: The Original Adventure was based on the storyline of the archeologist’s adventure in Raiders of the Lost Ark, Temple of Doom, and The Last Crusade.

The game is an action-adventure developed by Traveller’s Tales and follows the original storyline of Indiana Jones. The game offers over 80 playable characters aside from the main character, Indy.

23 of these 80 characters are available in the story mode of the game while the remaining characters can be bought through the in-game store. Players can also choose to create their own character through the customization feature.

The gameplay of the game focuses on problem-solving, which is the usual job of Indian Jones. The game also has the similar feature of other Lego Games such as the ability of the players to interact with the environment. Developers also incorporated the phobias of the characters from the film.

There are a lot more Lego games available out there. These games listed here are just a glimpse of all the available Lego games.

The gameplay of each Lego-themed game is quite similar to each other but what really matters is on what storyline will get your attention.