Ever since it first released way back in 2000 as a standalone game, Counter-Strike has brought hundreds of thousands of fans together, with its latest iteration, Counter-Strike: Global Offensive, ushering in a new era for Valve’s premiere FPS title.

Much of Counter-Strike: Global Offensive’s popularity is because of how it’s remained fairly balanced over the years. This is especially true these days, as CS:GO has gone on to become one of the biggest esports titles in the world, alongside the likes of League of Legends and Dota 2.

With that said, you may have noticed after watching a couple of professional CS:GO games that pro players do certain things that you and other amateur players don’t.

For example, they don’t use every one of the 34 weapons available in CS:GO, and for good reason — not every gun in CS:GO is created equal.

Below, we rounded up the best guns available in CS:GO and explain briefly why they’re the best. 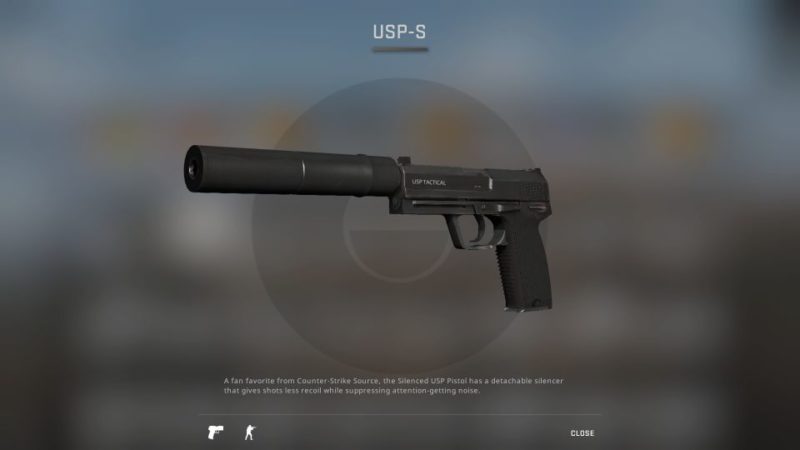 Boasting higher damage than the T-side Glock-18 and the other CT-side alternative, P2000, the USP-PS is the king of one taps on pistol and eco rounds, making it arguably the best spawn pistol in all of CS:GO.

Unfortunately, using the USP-S is not as easy as it sounds. Because it has a lower ammo count and is much less forgiving if you miss your first shot, beginners may want to opt for the P2000 instead.

But, if you’re looking to one-tap heads and do as much as 140 damage per shot to an unarmored Terrorist, the USP-S is as good as it gets. 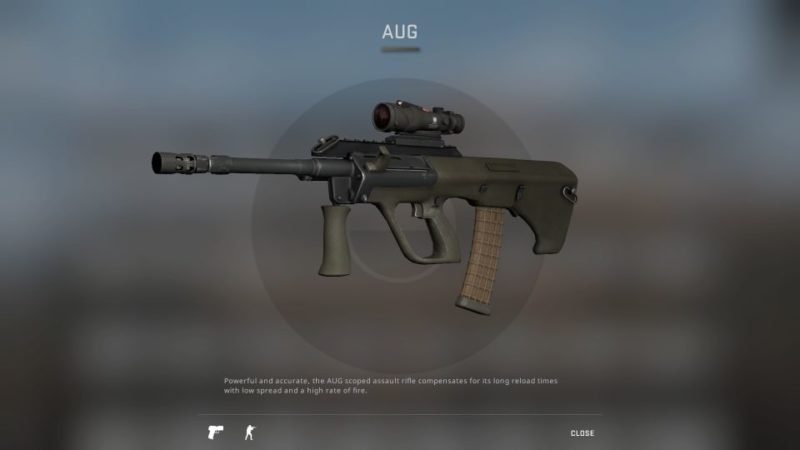 For years, the CT-exclusive AUG was considered to be a meh weapon. It wasn’t bad, per say, it’s just that it didn’t stand out much. The armor penetration was good, and the all-around accuracy, especially given the scope, allowed for a strong defense if the gun was utilized properly.

Unfortunately, the problem was that the AUG was often compared to the M4A1-S and the M4A4, both of which are arguably better guns.

These days, however, if you asked them which they think is the better gun between the AUG and the M4A1-S, and the answer won’t be so unanymous.

Essentially a cross between an assault rifle and a sniper rifle, the AUG is perfect for all around use. It’s great for camping, guarding, as well as going on the offensive.

The only downside to the AUG is its rather long reload time. 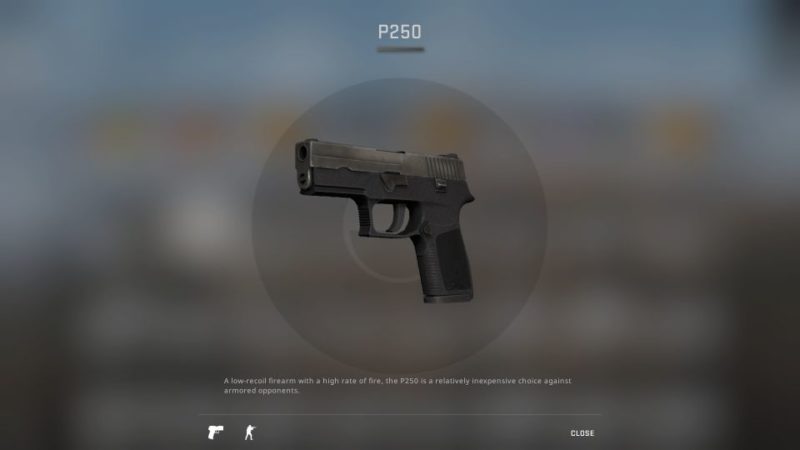 A favourite among amateurs and pros alike, the P250 is easily the most popular pistol in CS:GO and for good reason — it’s a $300 gun that can pretty much do what the Deagle does, yet is more versatile and accurate at the same time.

Of course, the Deagle, otherwise known as the Desert Eagle, is still the more powerful weapon of the two. But, keep in mind, it’s also more expensive.

When you’re trying to make the most out of every penny you have, a P250 makes for a more logical choice. This is because it gives you a chance to buy one more grenade the next round. In professional and high-stakes matches, this could easily mean the difference between a round win or loss. 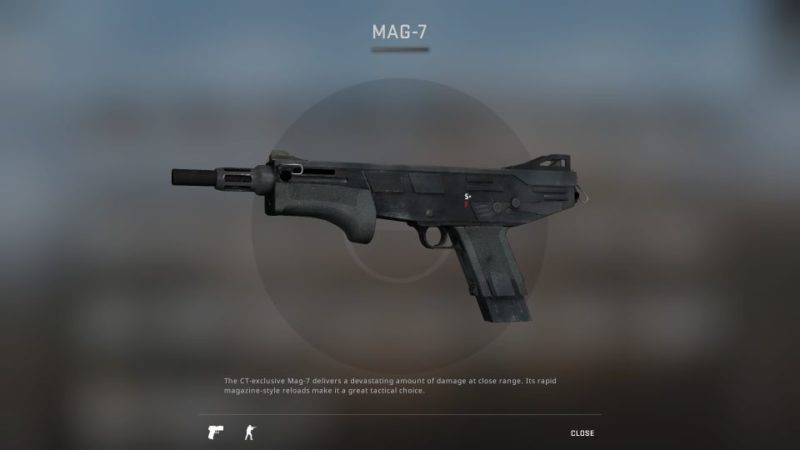 A CT special, the Mag-7 is a popular pick for mid and late eco rounds because of how much utility it brings for a relatively low cost.

Capable of killing even a full armored Terrorist with one shot (so long as all the pellets hit), the tight bullet spread in close range makes Mag-7 is perfect for defenses, especially when played in tight corridors where the sheer destructive power of the weapon allows you to compensate for your team’s lack of, well, pretty much everything else.

Just be careful about the slow move speed and reload time. 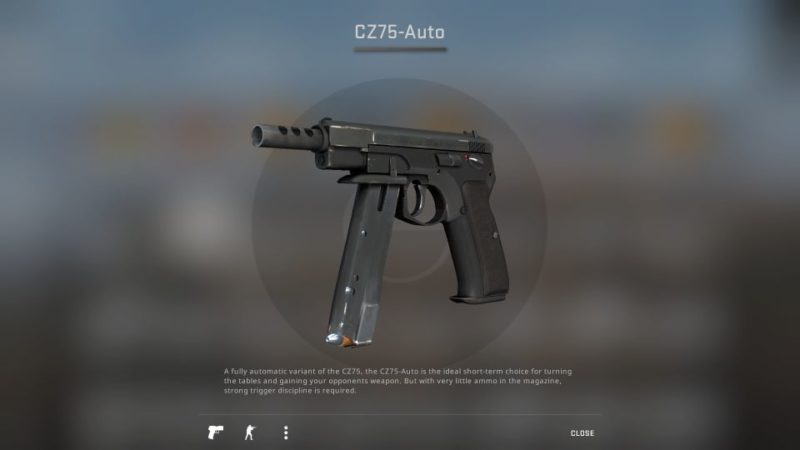 Deciding between the CT-exclusive Five-Seven and the T-exclusive Tec-9 wasn’t easy, but ultimately, we had to go with CS:GO’s first fully automatic pistol here.

Why? Because, even though the small clip size and difficult-to-control recoil may make the CZ75-Auto one of the worst guns for beginners to use, it’s still one of the best guns in CS:GO as of the moment in the hands of a capable player.

With a fire rate nearly as high as that of an M4A4 or an AK-47, the CZ75-Auto can delete other users well before they know what hit them. 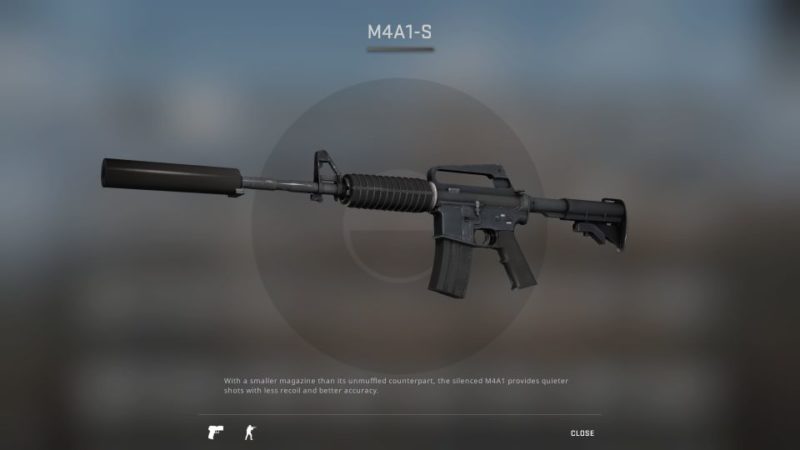 The M4A4 and the M4A1 are pretty much neck and neck with each other in the eyes of most players, with some preferring one over the other. But, considering how pros have only bought the M4A1 over the past six months, there has to be a good reason for it, and we can think of a couple.

For starters, the M4A1 has better recoil, a silencer to help hide where the shot is coming from, and is generally more accurate all around, especially in long-range situations.

Even though the slower rate of fire and smaller magazine might seem like a huge disadvantage, the increased accuracy of the M4A1 more than makes up for its lack of bullets. 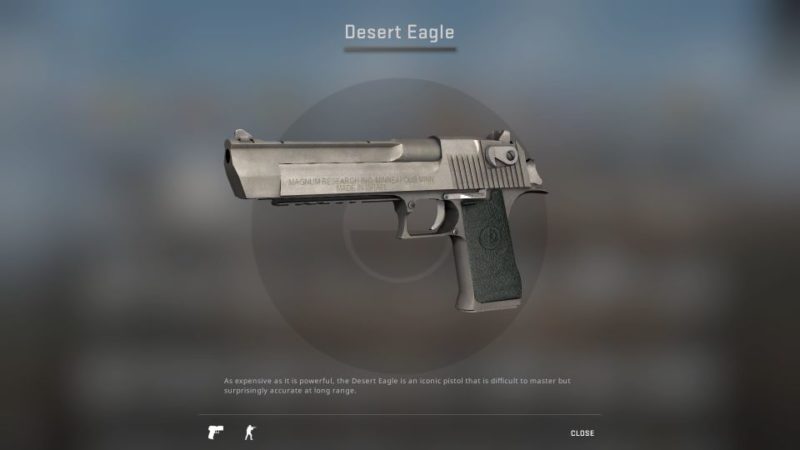 The Desert Eagle is one of the most iconic guns in Counter-Strike, thanks to its loud signature boom when fired — a huge disadvantage in competitive games as it gives away your position — and one-hit capabilities that rival that of the more expensive assault rifles in the game.

Depending on the user, the Desert Eagle could easily be the worst and best gun in CS:GO. However, most of the time, it’s the former.

The thing is, the Desert Eagle, otherwise known as the Deagle, isn’t the kind of gun that you can use in an extended firefight. It’s loud, has a huge recoil, as well as a small magazine size.

Not to mention, it’s very slow to reload and adjust, making it pretty much the handgun equivalent of the AWP, minus the accuracy.

But, if you can master the Deagle, or at least, be familiar with it, then kudos to you.

There’s not a cheaper gun in the game that can one-shot a fully armored opponent from a decent range than the Deagle. 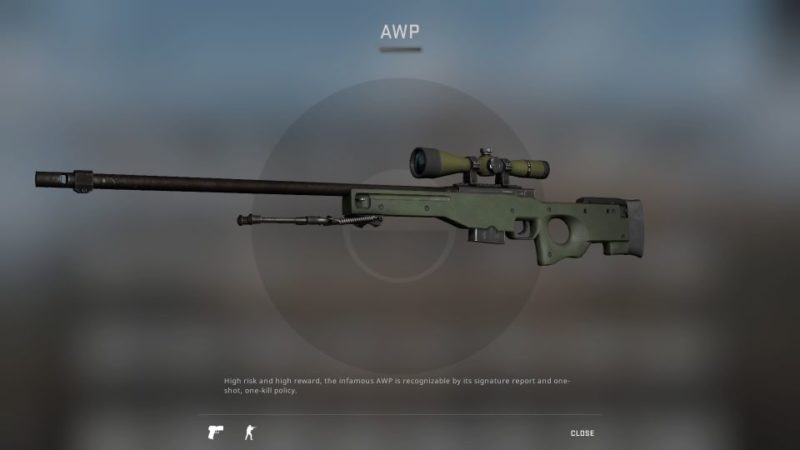 There’s nothing quite like that sweet sound of hearing the AWP fire, especially if it goes through the heads of one of your opponents.

Literally a one-shot, one-kill type of weapon, the AWP is reserved only for the most confident of players in CS:GO. Or, at least, those who are brave enough to face the ridicule of giving away such an expensive and powerful weapon to the enemies just because you thought you already had the game in the bag.

The AWP can kill fully armored players with one shot as long as they’re hit anywhere outside of the legs. Even then, a leg shot might still be fatal. But, if they didn’t die from a single shot, then the target will surely be left with only a slither of health.

Many professional CS:GO players have made a reputation for hitting the biggest shots on an AWP in the biggest stage of them all, making a good AWP player as valued by teams as the gun itself in the game. 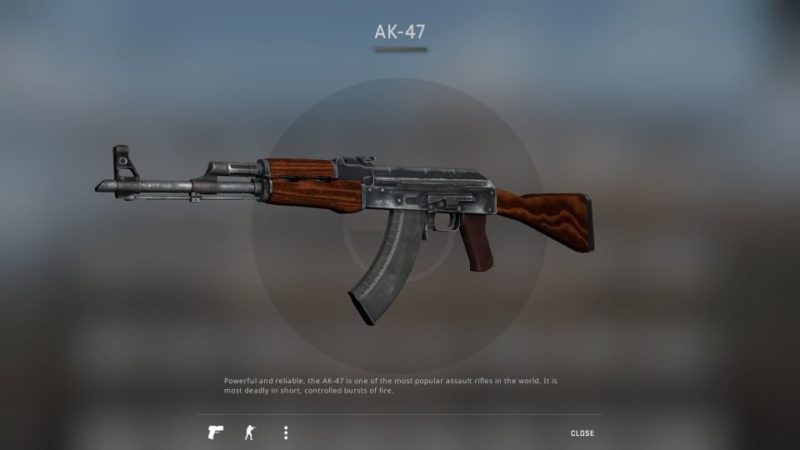 Whereas the AWP might be the most iconic gun in CS:GO, the most popular and arguably, the best, has to be the AK-47.

Exclusive only to the Terrorist side, the AK-47 is coveted by amateurs and professionals alike. The combination of high damage output that can shred even armoured opponents to pieces in mere seconds with just four bullets and surprisingly high accuracy — professional CS:GO players use the AK-47 at all sorts of distances by abusing the gun’s high first shot accuracy — helps mask the one glaring flaw of the AK-47, its big upwards recoil.

But, perhaps the biggest proof that the AK-47 is that good is when, in certain situations, even AWP specialists will be willing to drop their guns just to pick one up.

Which CS:GO Weapon Should I Choose?

Ultimately, the choice is up to you.

The thing is, even though some guns in CS:GO are clearly better compared to others, that doesn’t mean that they’re no longer useful. Some are still situationally powerful and are just as capable as the weapons we rounded up on our list.

Besides, even if professional CS:GO players prefer to use only a handful of weapons, that doesn’t mean that you should just simply follow what they’re doing. What’s important is that you’re confident with your weapon and you feel good about using it.

To know more about what type of weapon in CS:GO would suit you more, you might want to try playing a couple of rounds in deathmatch mode.

You should have a better idea of which CS:GO gun you’d prefer after a couple of rounds.

Best Weapons in Team Fortress 2 To Choose From