GTA V is without a doubt one of the most successful games Rockstar has to offer to date. While waiting for Red Dead Redemption 2 to be out, why not check out some cool mods in GTA V?

There are plenty of different and cool mods these days that you can use for your GTA V story mode. Please do not use these mods in GTA Online as you may get banned and most importantly it ruins the fun for other legitimate players.

Here are some of the best GTA V mods that are available now for download. Do check them out.

Yes, you can actually play as The Hulk in GTA V! There may be different mods on this, but the one I used was really cool and way too overpowered.

As The Hulk, you can either do the atomic bomb skill or the thunder clap. The latter is kinda weak in my opinion. To do the most damage, try jumping all the way up in the air and land with an atomic bomb.

You’ll see cars or even lorries flying away with that kind of impact. To make it more fun, you can even summon another Hulk as your enemy and have a Hulk vs Hulk mod battle.

Give it a try!

When the Avengers: Infinity War movie came out, Thanos was everywhere on social media. Of course, there’s going to be a Thanos in GTA V as well.

This particular Thanos mod is really cool as you have plenty of abilities to choose from. You can create black holes, turn people or vehicles into stone, water or even animals, use an energy blast attack or even summon cars from a portal.

The coolest move out of all this is perhaps the finger snap. If you do enough snaps, everyone around you is going to disappear wherever you go. Doing it once or twice is fine as it only eliminates some of the people. 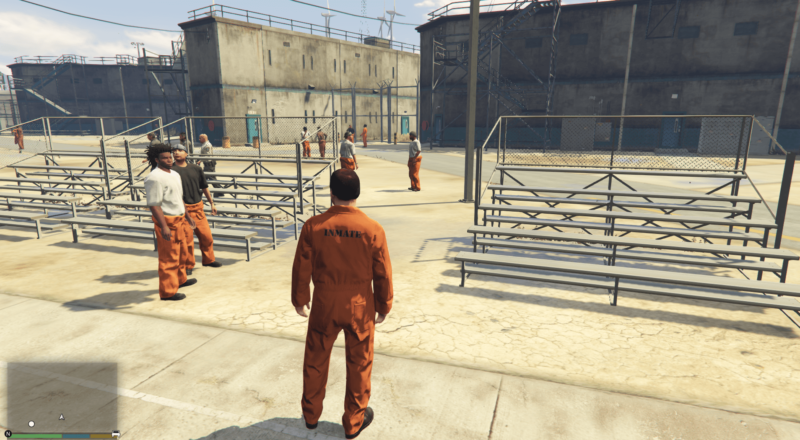 Ever wanted to experience a prison break in GTA V? There you have it!

Someone created a prison mod where you will be stuck in prison dressed in those orange jumpsuits.

You can even make the prisoners and guards attack and kill each other.

4. Play As A Dragon From Game Of Thrones 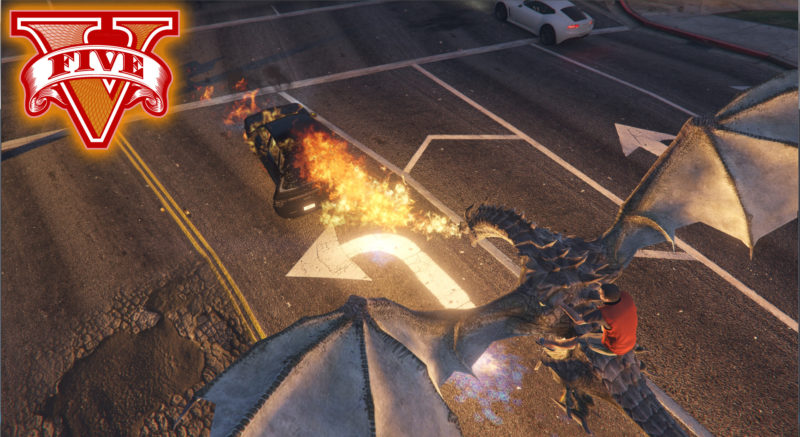 If you’re a big fan of the popular HBO series Game of Thrones, this mod is for you.

While waiting for the TV series to start again, you can play either as a small baby dragon or a grown up dragon that resembles the one in GoT.

This dragon can breathe fire, spurt fireballs or even use wind slash abilities. Have fun terrorizing the folks of Los Santos with this really cool dragon mod.

Fans of the Dragon Ball Z series, rejoice! You can now play as Goku with all the different Super Saiyan versions, from 1 to 8.

You have a couple of abilities to play with, including the classic Kamehameha, Genki Dama (spirit bomb), Qi Bombs and Disk attack.

Also, Goku is probably one of the fastest mods in GTA V, with the capability to fly so much faster than planes and cover the entire map in just seconds.

Ever wanted a GTA version of a zombie game? Then this zombies mod is probably the closest you’ll get to it.

The zombies are programmed to be attracted to noise so your gunshots would definitely draw attention. You also have to hunt for food and loot due to this mod being a survival mod.

This mod also allows you to build up a camp and recruit survivors. I haven’t personally tried it yet but it’s getting great reviews so far. 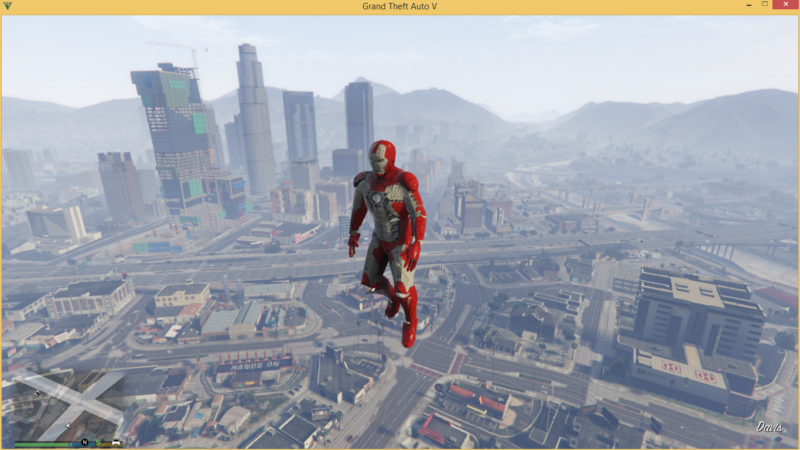 This Iron Man mod is probably the closest thing you’ll ever be to Tony Stark. There’s a mod that even comes with the Stark Tower.

You can shoot laser beams from your palms and fire missiles from your shoulders. 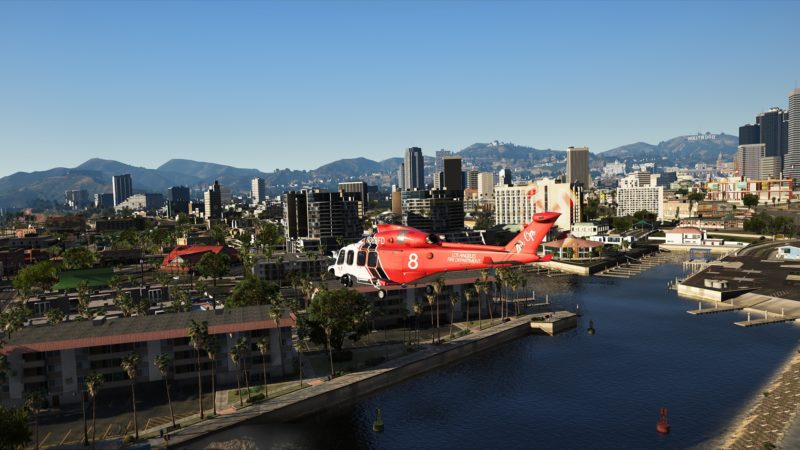 Next up is one of the best mods in GTA V right now, and what it does is give the current graphics a much needed boost.

You should check out the video on this mod’s gameplay to know what I’m talking about.

It adds an ultra-realistic feel to the game and sort of brings 2018 to this game.

For fans of the Just Cause series, this mod is definitely for you. Although it’s such a simple tool, it adds a lot of enjoyment to the game.

You can shoot hooks to anything especially vehicles and tie them all up together like a bundle. 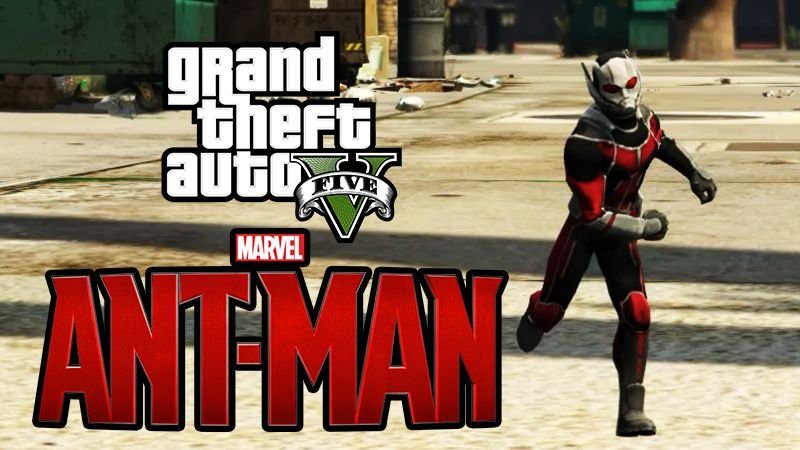 Antman is another cool GTA V mod to look out for, as it enables you to play the game as a mini Antman.

You can shrink and view the GTA V world in a totally new perspective, while still hitting others from the bottom.

Although you’ve shrunk, people will still notice you though.

This Blade Runner mod transforms the streets of GTA V in a visual way. It gives a neon feel to it where it pretty much looks post-apocalyptic.

You also need to install the no-water mod in order to use this mod. 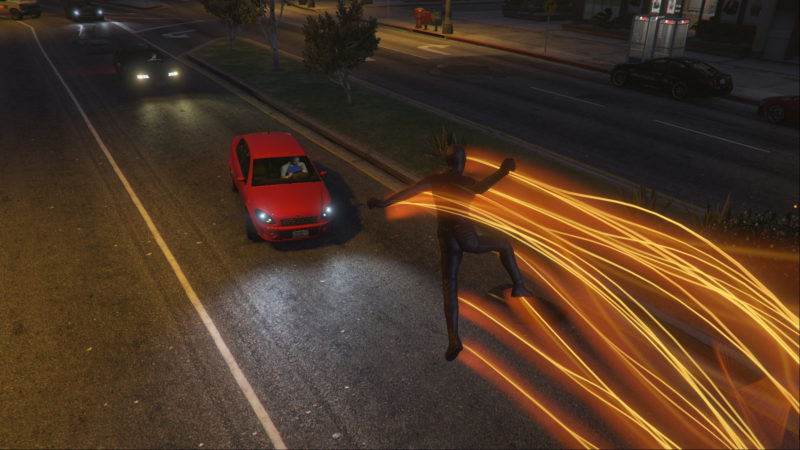 If you ever wanted to feel super fast, then The Flash mod is for you.

With super speed and abilities, even the cops won’t see what hit them. 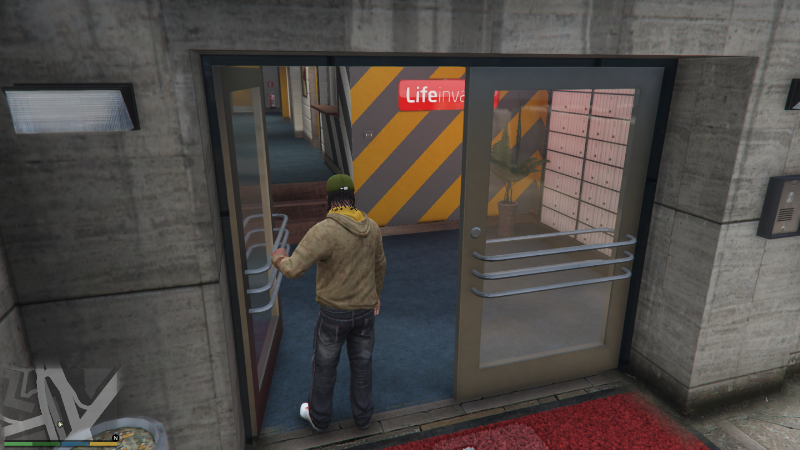 There’s a mod called Open All Interiors which is actually one of the best mods in GTA V.

When you play the game in story mode, many buildings in the story have locked doors where you can’t see what’s going on inside. This interior mod opens up almost all of the interior in the game with functional doors.

It doesn’t mean every single building can be entered, but only those that played a part in the story. There are also people inside these buildings. How cool is that? 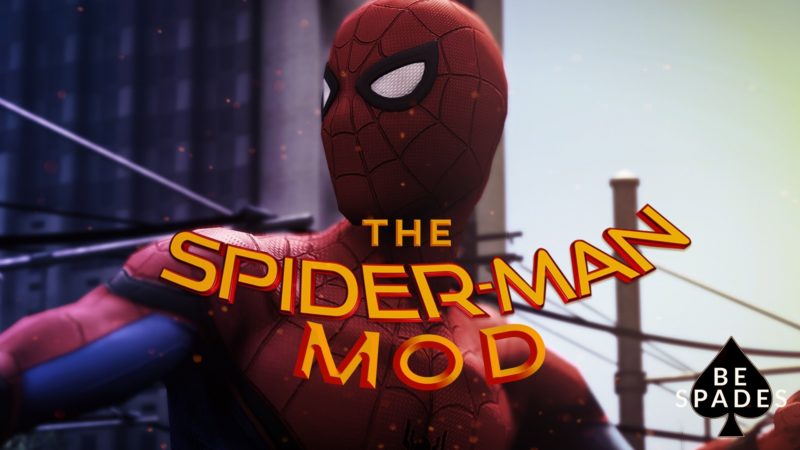 You can also play as Spider-Man in GTA V with this super cool mod. As the friendly neighborhood Spider-Man, you can swing around with your webs and even climb buildings.

The movements are definitely not like the Spider-Man game in PS 4, but it’s better than nothing. Being able to play as Spider-Man in a GTA game is really amazing. 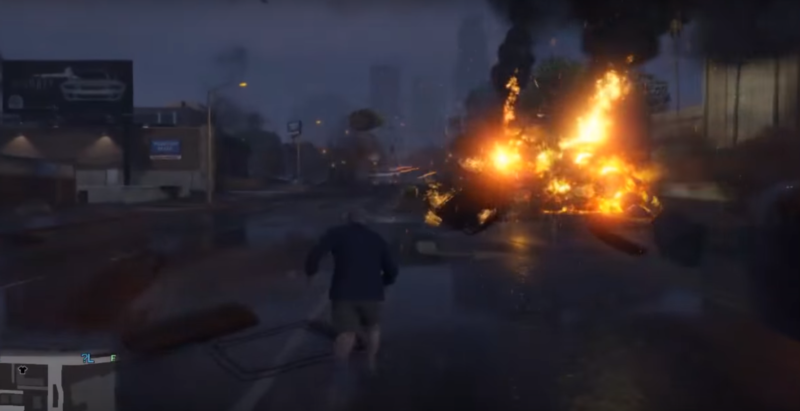 Last but not least, this meteor shower mod is useful in apocalyptic situations. It gives the idea that the world is ending with non-stop meteor showers.

But that’s pretty much it.

We have listed some of the coolest mods there are in GTA V but of course, plenty have not been mentioned here.

What are your favorites and if you do have even cooler mods to mention, do leave them in the comments below!

15 Best Minecraft Mods That Will Improve Your Gaming Experience