The Grand Minotour is a side quest in Assassin’s Creed Odyssey that starts in Pephka.

Your task is to get a Minotaur tour from Arsenios, and eventually expose his scheme.

Here’s a walkthrough of The Grand Minotour in AC Odyssey. 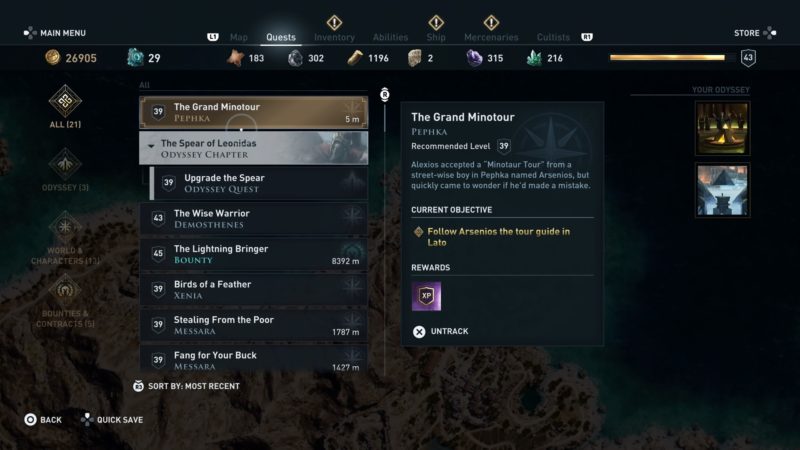 This quest is recommended for those level 39 and above, but it may differ according to your own level.

To begin, talk to the boy in the Minotaur Hills of Pephka. His exact location is shown in the map below, marked as the exclamation symbol. 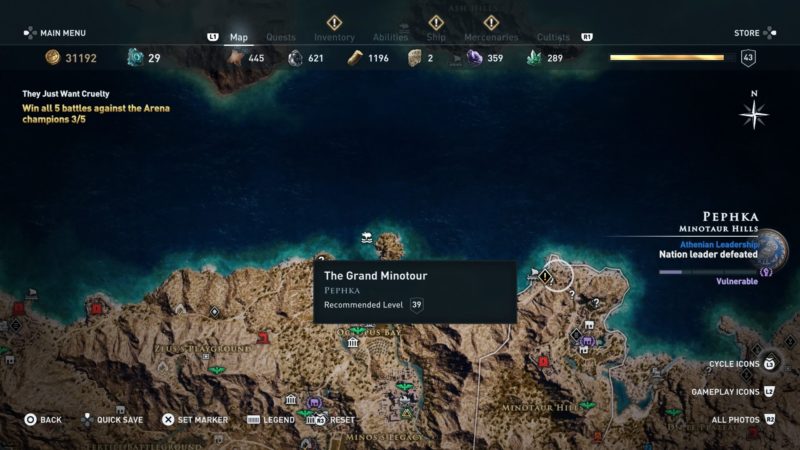 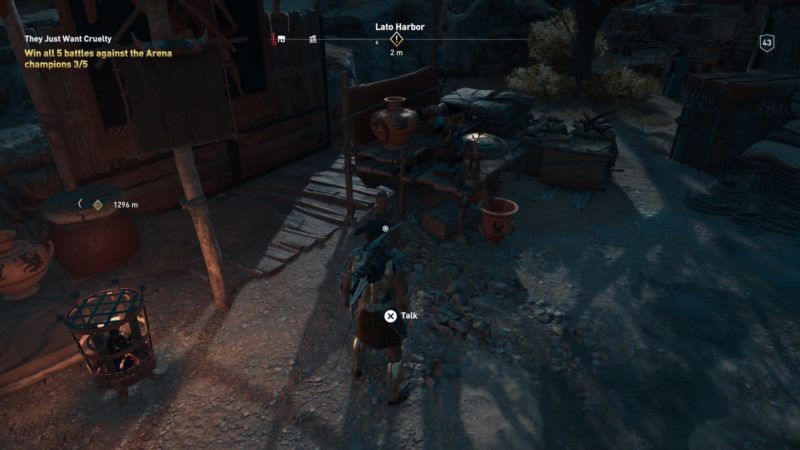 After talking to him, follow him around for the tour in Lato. 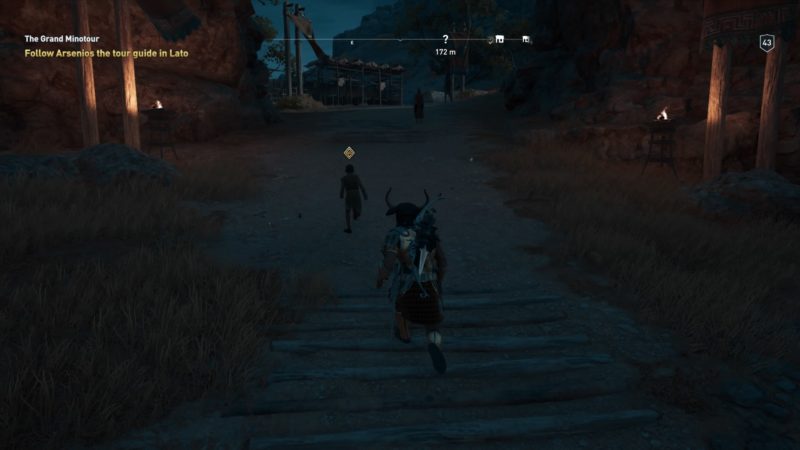 He will make a few stops. Talk to him whenever he stops to continue the ‘tour’. 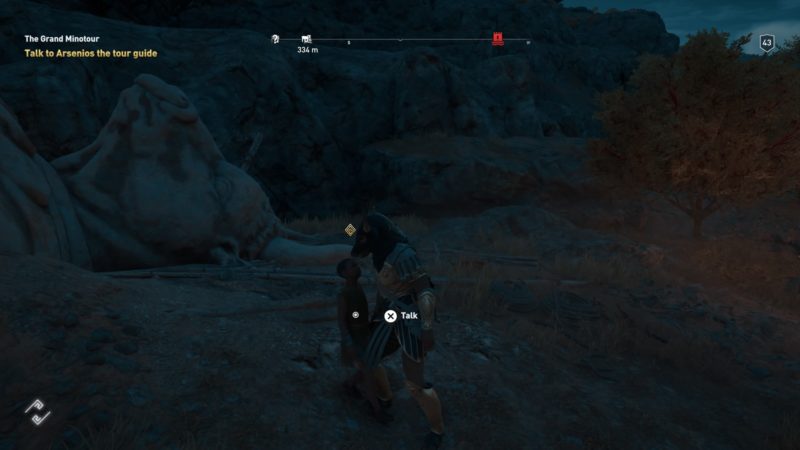 At one point, he will also ask to buy an elixir which is obviously a rip-off. 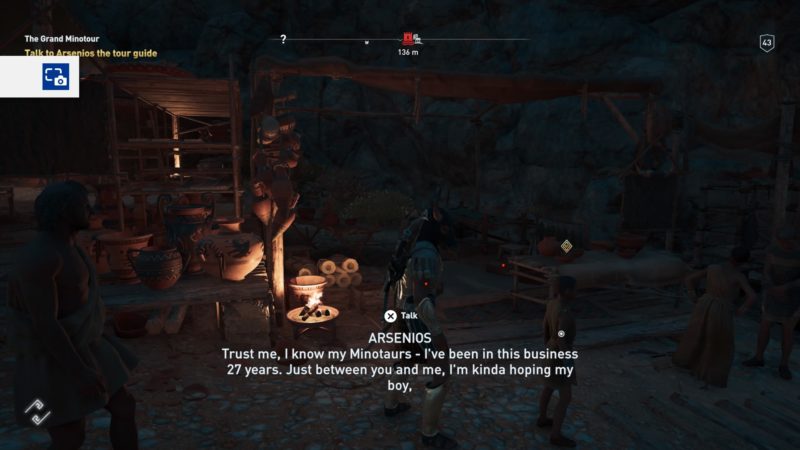 I chose to buy anyway to proceed. 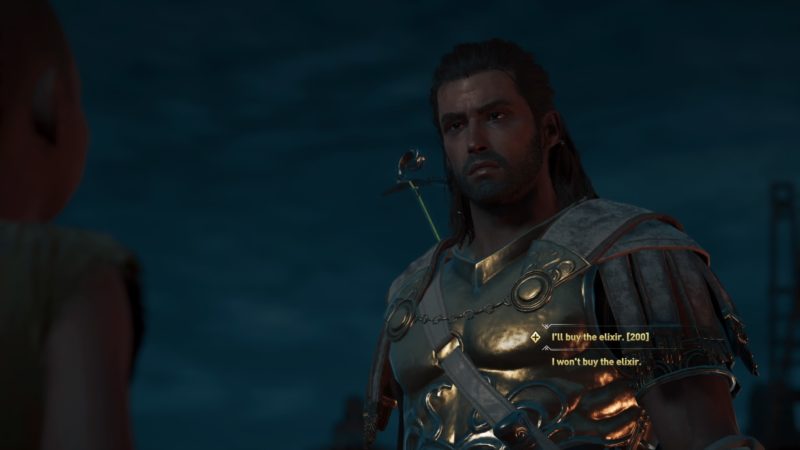 Continue your tour and follow him. He will eventually lead you into a cave. 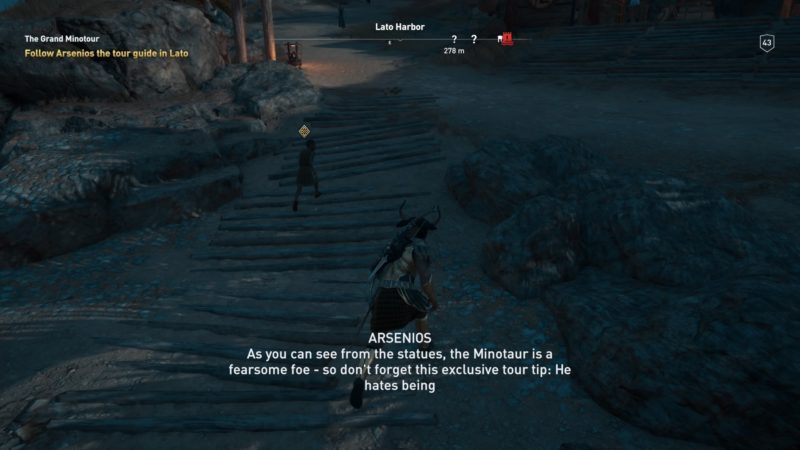 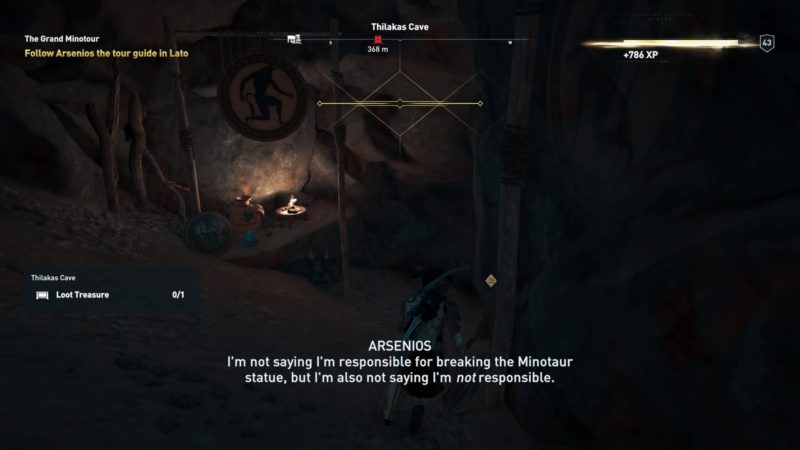 Inside the cave, he will then stop and say that the tour is over. You will notice two guys behind you forcing you to pay the tour fees.

Defeat the two buff guys who are part of Arsenios’ scheme. 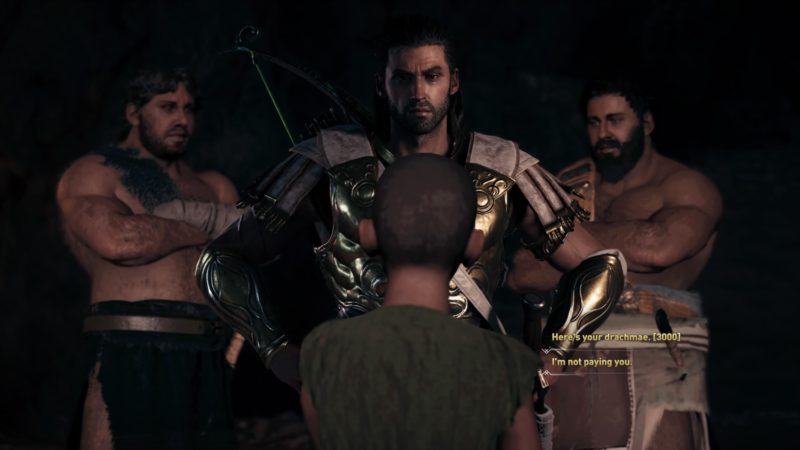 After killing them, talk to Arsenios.

The quest completes after the cutscene. You will earn a lot of drachmae for this quest, i.e. 3,500 drachmae. 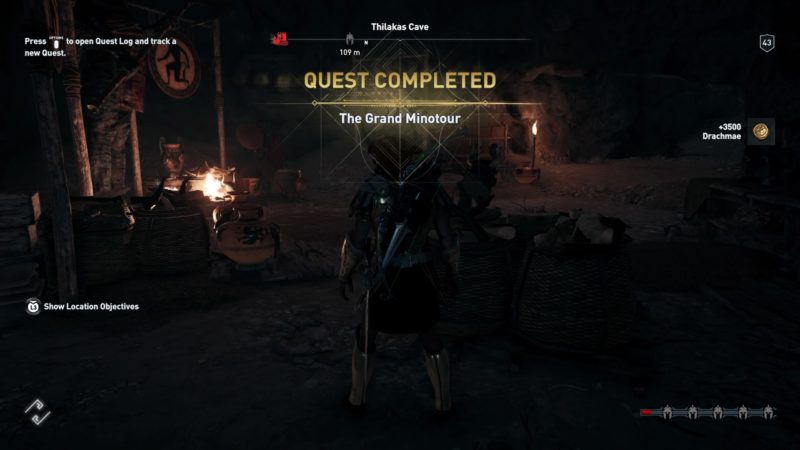