The Curse of Fame is a support quest in Assassin’s Creed Odyssey involving Thespis and a play.

Your task is to help Thespis find one of his actors who went missing, whom is supposed to play Xerxes.

Here’s a walkthrough of The Curse of Fame in AC Odyssey. 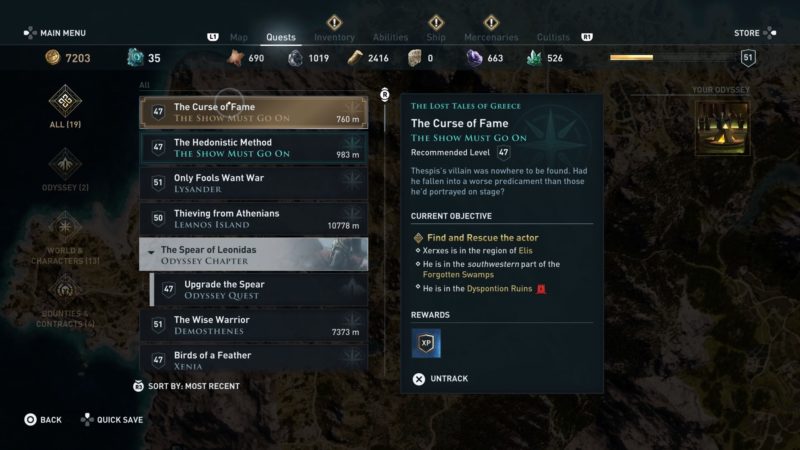 To begin, get to the land of Elis.

Find and rescue the actor

The actor’s location is shown in the map below, marked as the quest symbol.

You should find him inside Dyspontion Ruins. 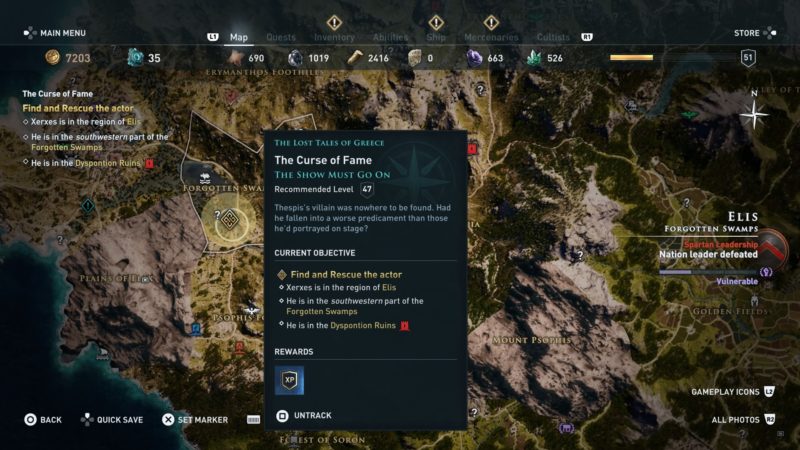 As you get there, you’ll notice many guards in the area and also one clan chief. 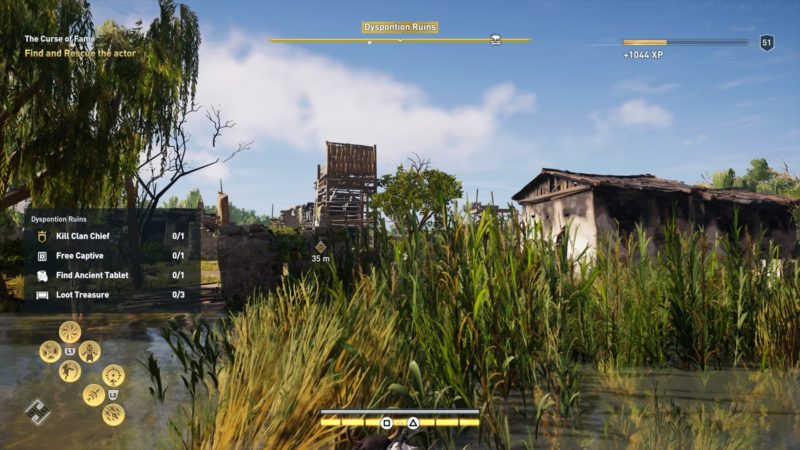 If you have the Ghost Arrow of Artemis skill, you can eliminate them from outside. Try to clear out most of the guards nearby before rescuing him. 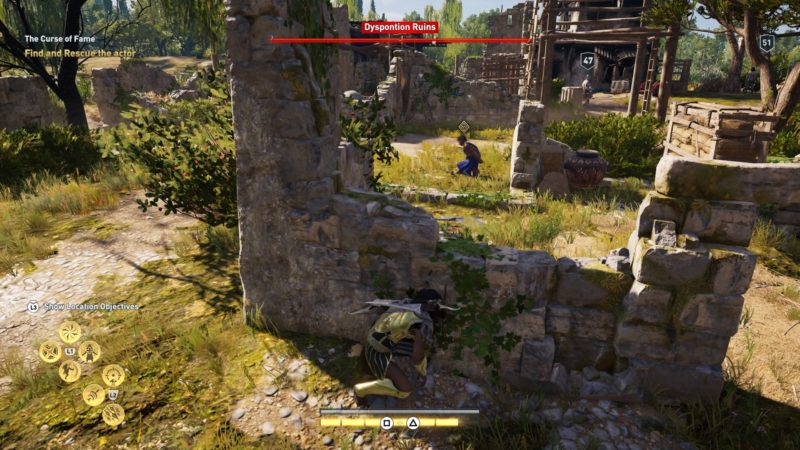 Once the area is clear, free the actor. 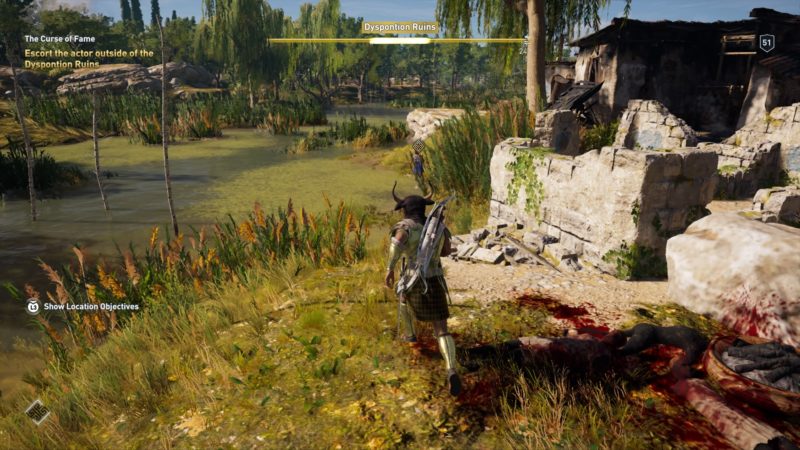 He will stop after awhile, so you have to talk to him to continue.

There’ll be two options here. I chose the second option, i.e. kill the witch before she escapes. 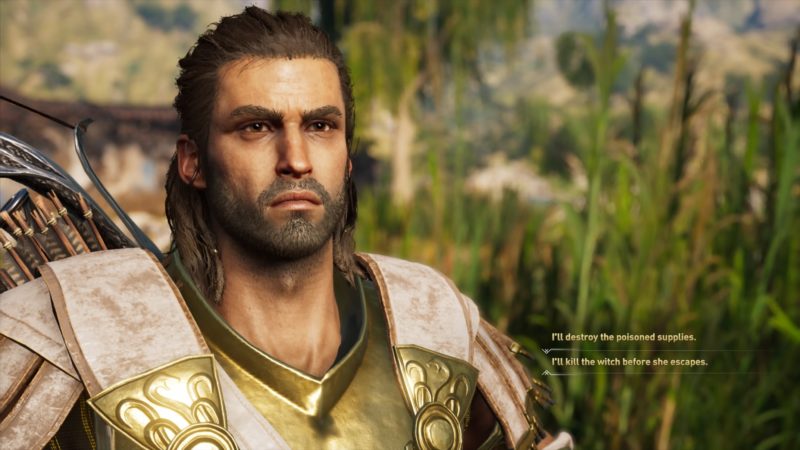 The location of the witch is shown in the map below, marked by the quest symbol. 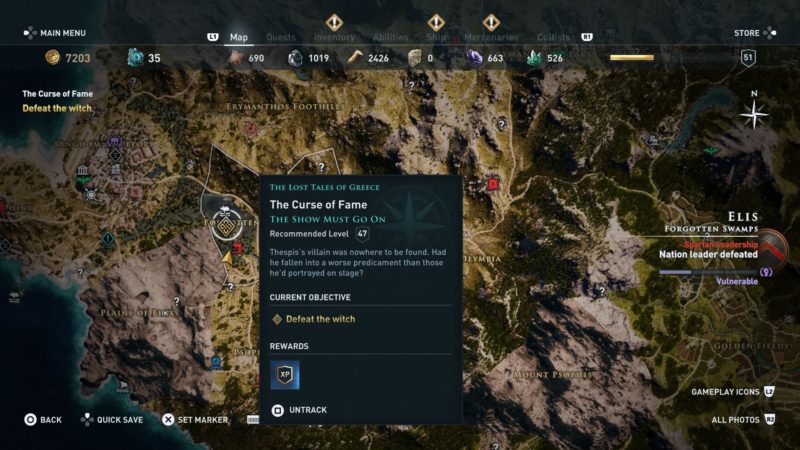 As you get there, you should see a witch accompanied by a big-sized guard.

Kill the witch and everyone who tries to stop you. 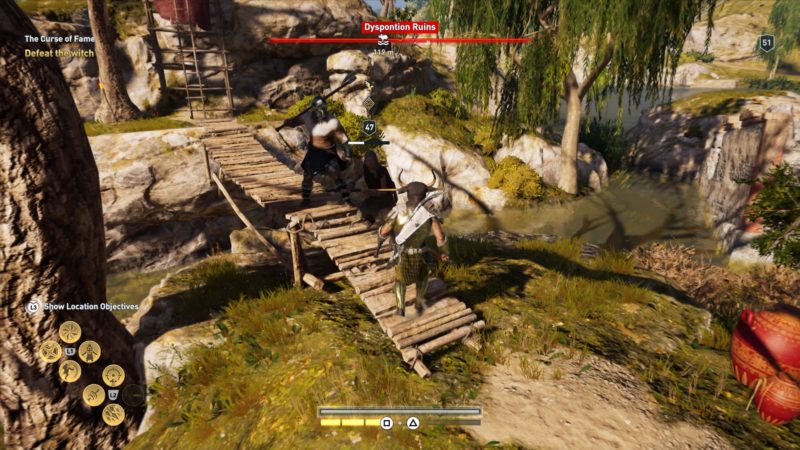 Talk to the actor

After defeating the witch, get back to the actor. His location is shown in the map below. 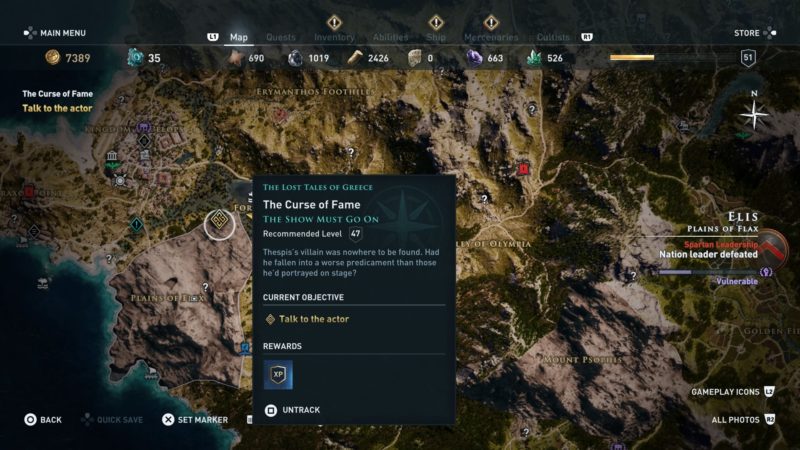 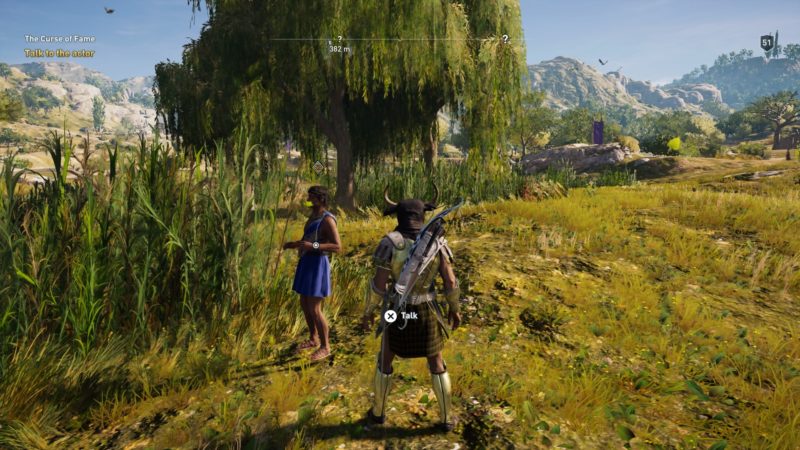 Talk to the actor and the quest completes here. He will return to Thespis. 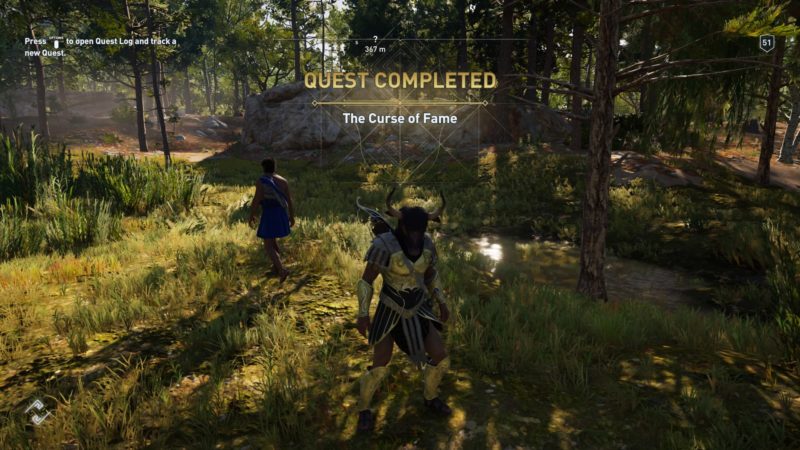 Assassin’s Creed Odyssey: Down From On High (Walkthrough)