The Blind King (Prince of Persia) is an optional quest that comes as a DLC in Assassin’s Creed Odyssey.

Your task is to find the five historical locations the blind king mentioned and tell him stories about it.

Here’s a walkthrough of The Blind King (Prince of Persia) in AC Odyssey.

The Blind King (Prince Of Persia)

To begin the quest, get to Megaris, and you should see a blind man near a temple. Talk to him to begin.

He will ask you to find five statues or places where you can synchronize your location. After finding all five around the world, get back to him to complete the quest.

Location of the five statues

The first one is the Lightning Zeus which can be found earlier in the game.

It’s located in the island of Kephallonia where you first started the story.

The exact location of the Lightning Zeus statue is shown in the map below, marked as the fast travel location. 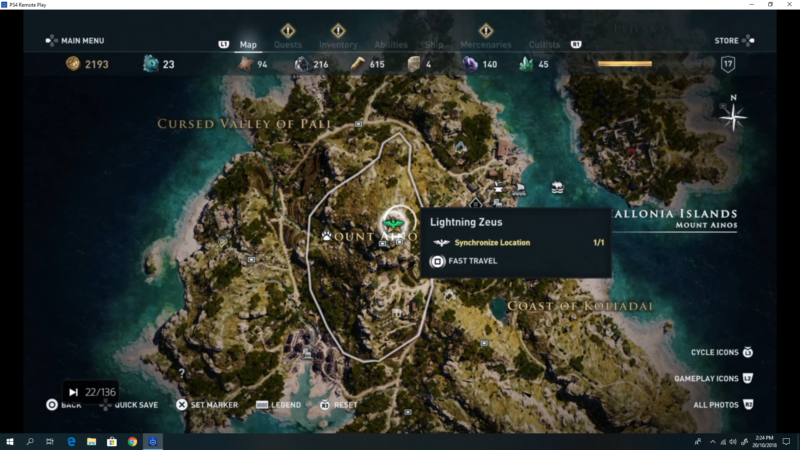 It’s so huge you won’t miss it. 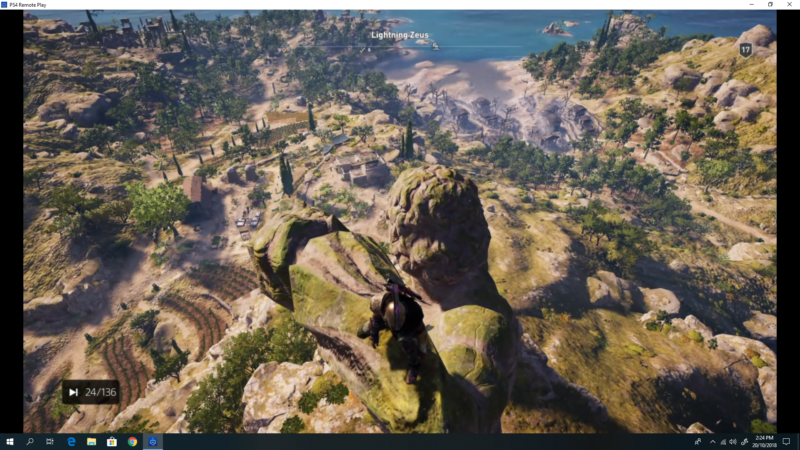 You can find the next statue at Korinthia. That’s where the Temple of Aphrodite is.

It’s located really high up where you have to keep climbing until you finally reach the temple with pink banners outside.

Unfortunately I didn’t take a screenshot of this one for the exact location. 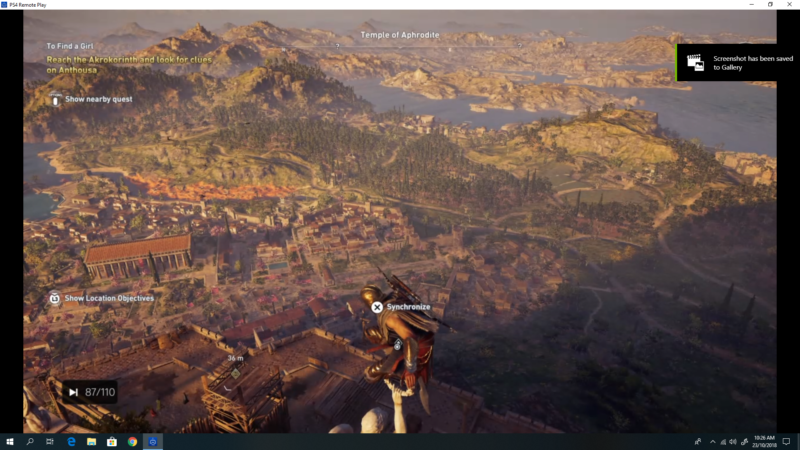 You can find the third one in Attika (Athens). The Statue of Athena is located right in the middle of the city, just beside the words Greater Athens on the map.

The exact location of the statue is shown in the map below. 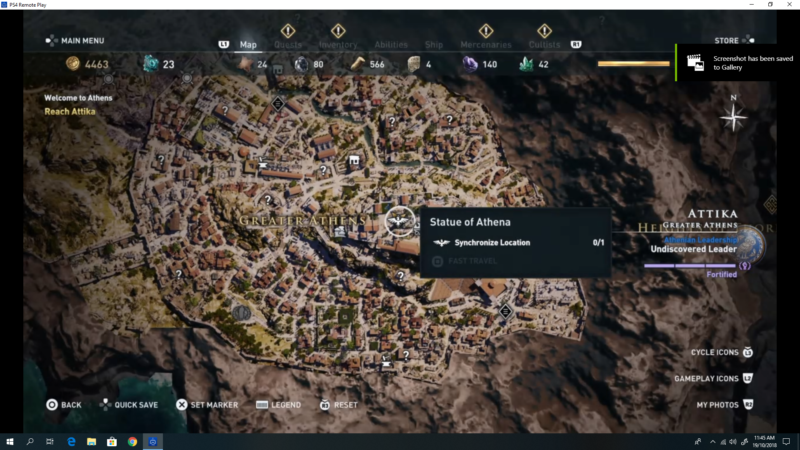 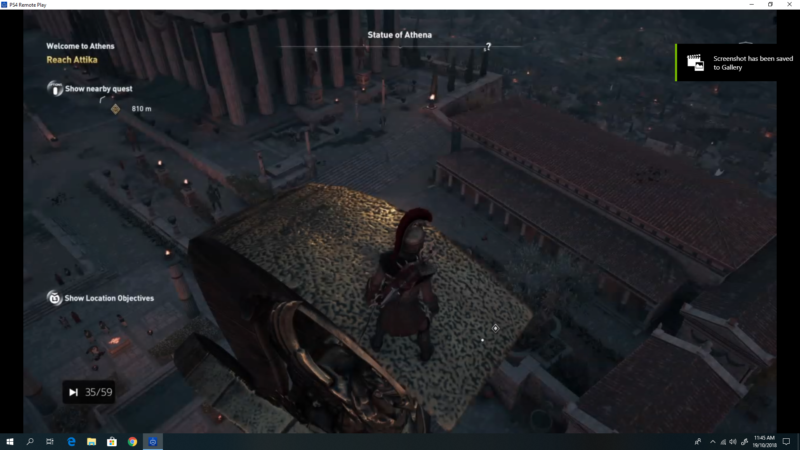 The fourth one is Taygetos Overlook which is located in Lakonia.

It’s inside the Forest of Eurotas and is also the location where you were first thrown from the cliff in the story.

The exact location of Taygetos Overlook is shown in the map below. 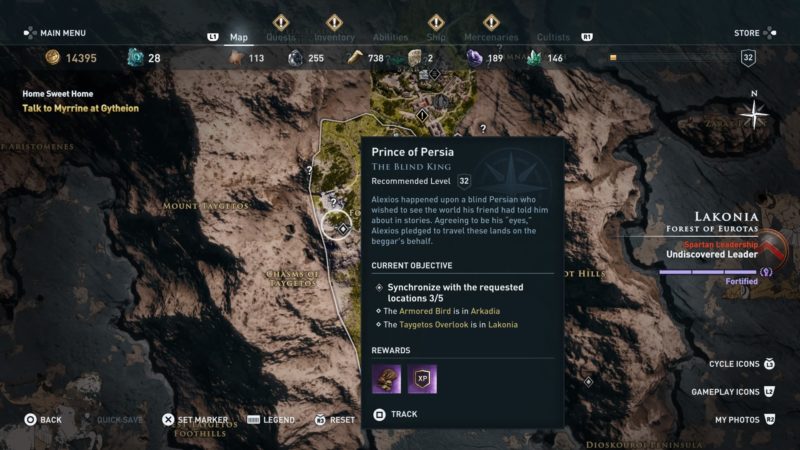 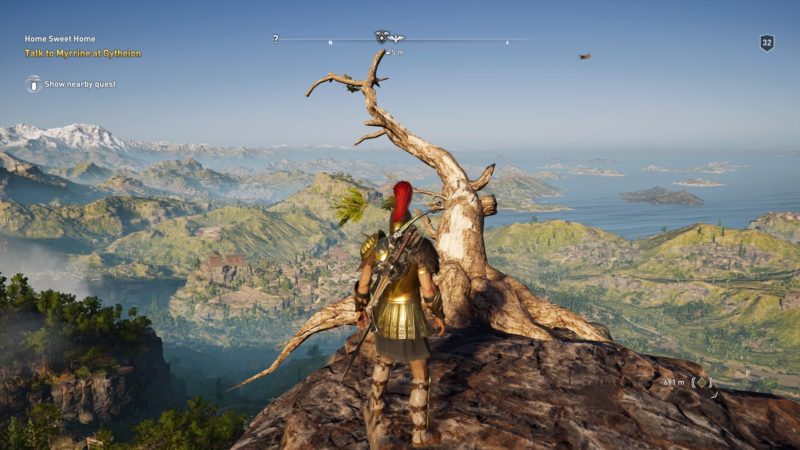 Finally, the Armored Bird is located in Arkadia, at the exact location shown in the map below, marked as the quest symbol. 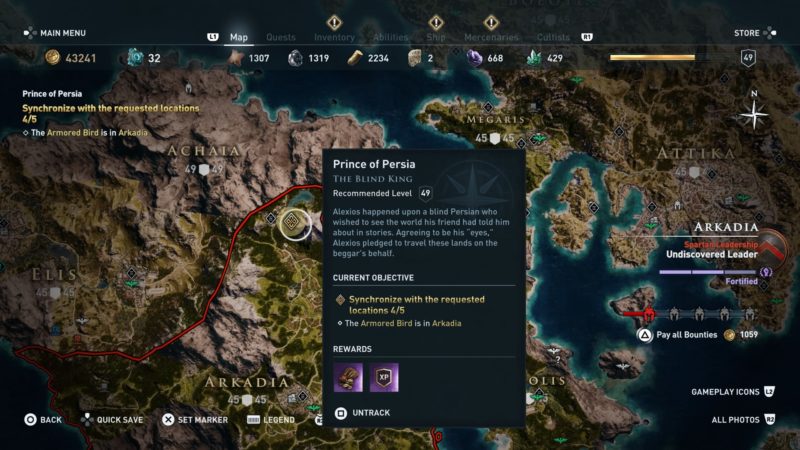 You should see a big statue of a bird that is sort of made from steel-like material. 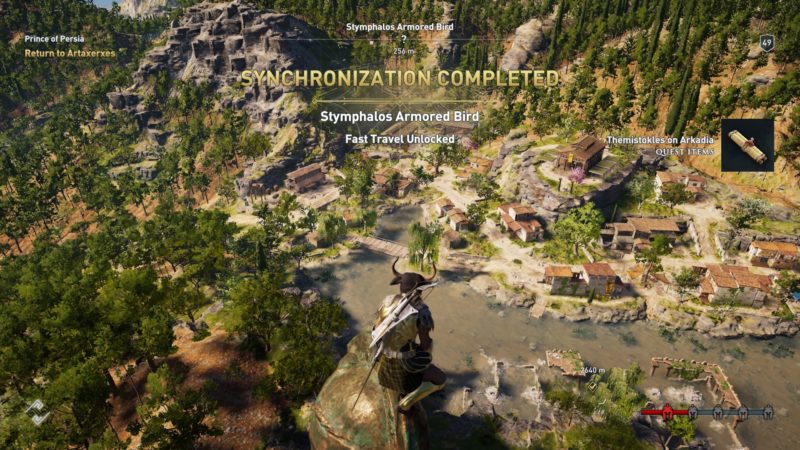 After going to and synchronizing with all five of the statues or monuments, get back to Artaxerxes.

He is in Megaris and the exact location is shown in the map below. 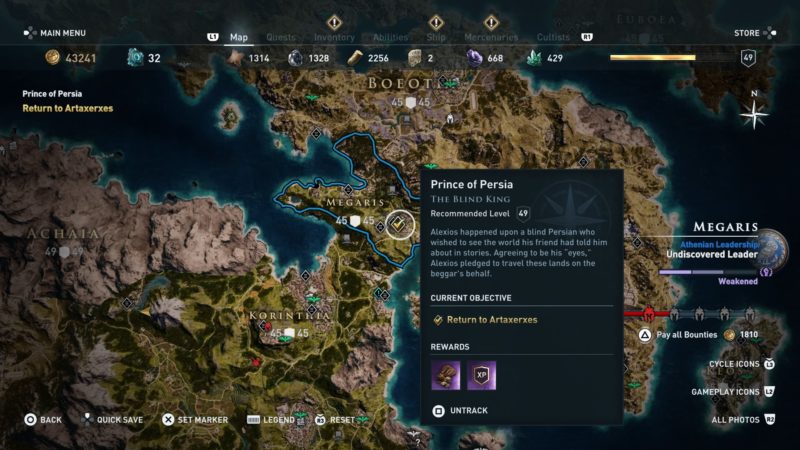 During the conversation, he will ask you on all five locations. Slowly converse with him. 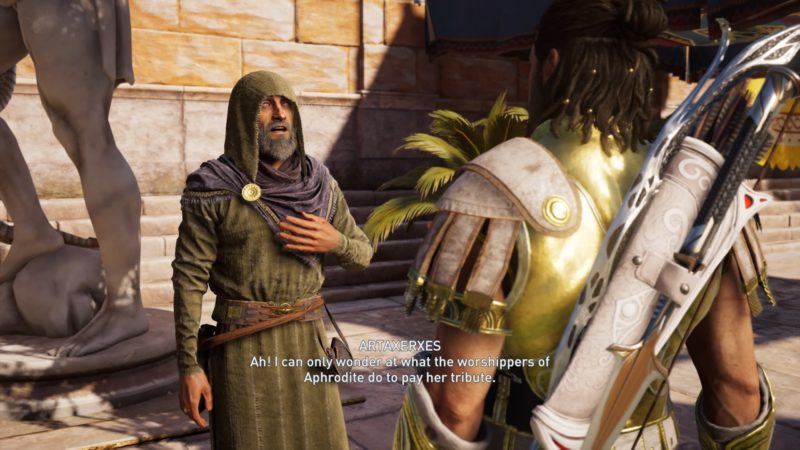 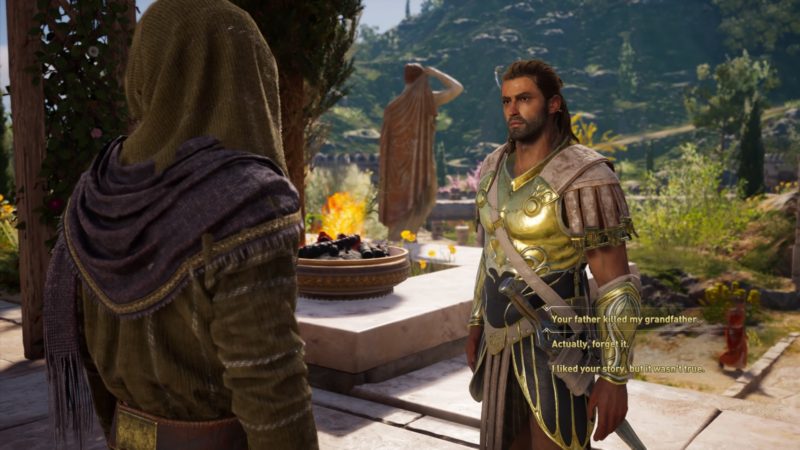 I picked all of the more optimistic options in the conversation. 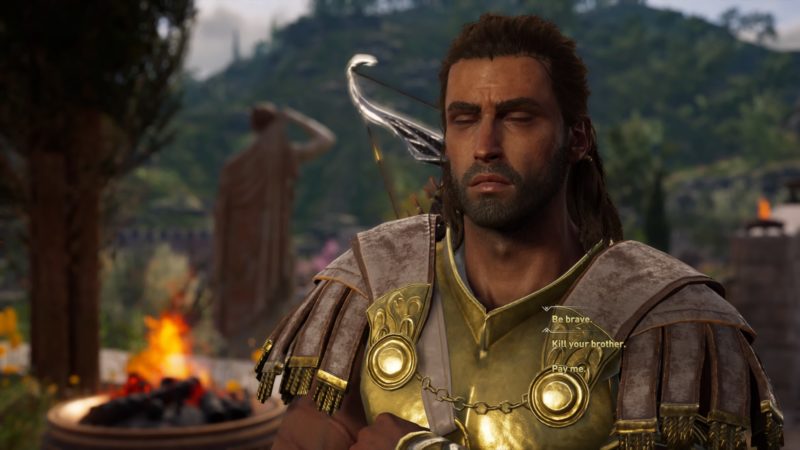 During the conversation, a man will appear and wants to get rid of the blind king who happens to be the son of the previous king (Xerxes).

I chose to protect him instead of avenging Leonidas (as Xerxes killed Leonidas). 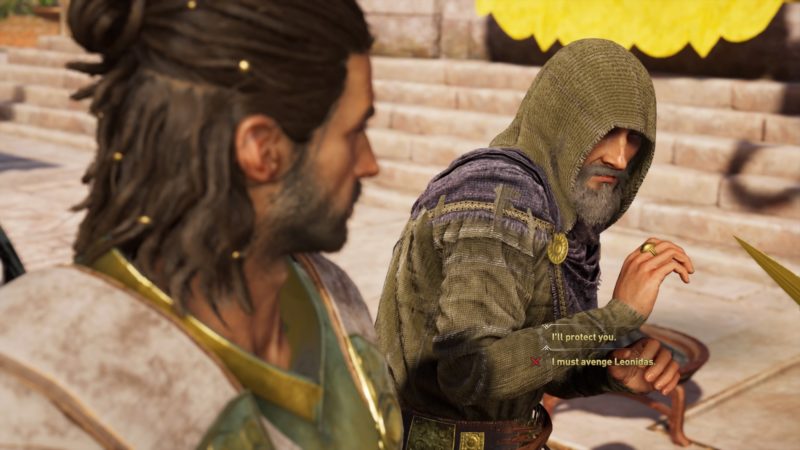 You will then have to fight the assassin. Unfortunately, this leads to everyone else trying to kill you. 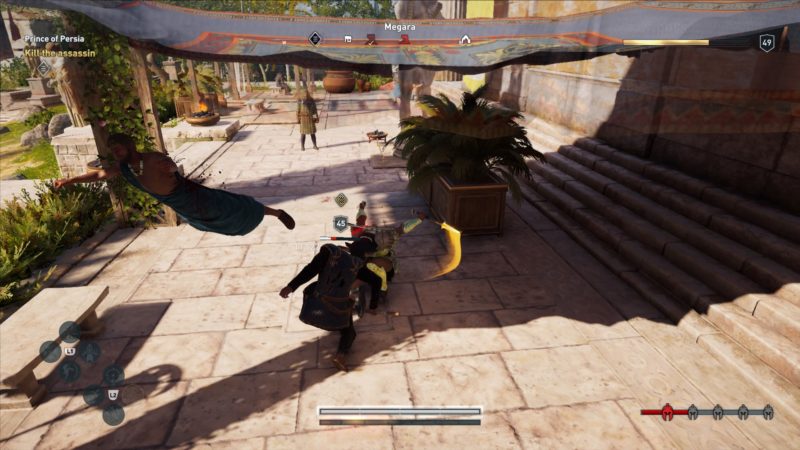 After defeating everyone, you can talk to Artaxerxes (blind king) again. 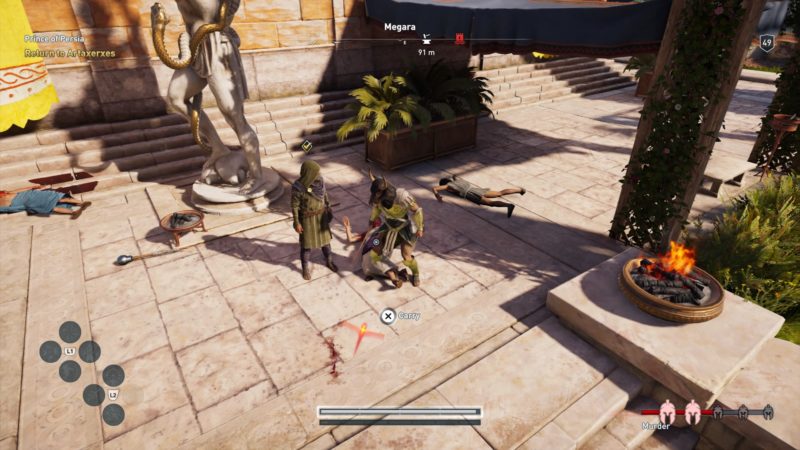 He will then tell you the location of Themistokles’ treasure.

You can look for the treasure at the Isle of Salamis, which is the small island left of the pier in Attika. 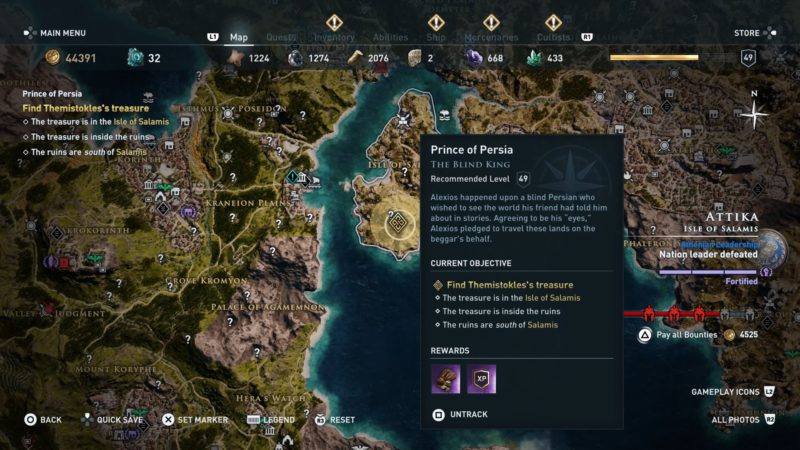 You will come across the Ruined Sanctuary of Ajax. 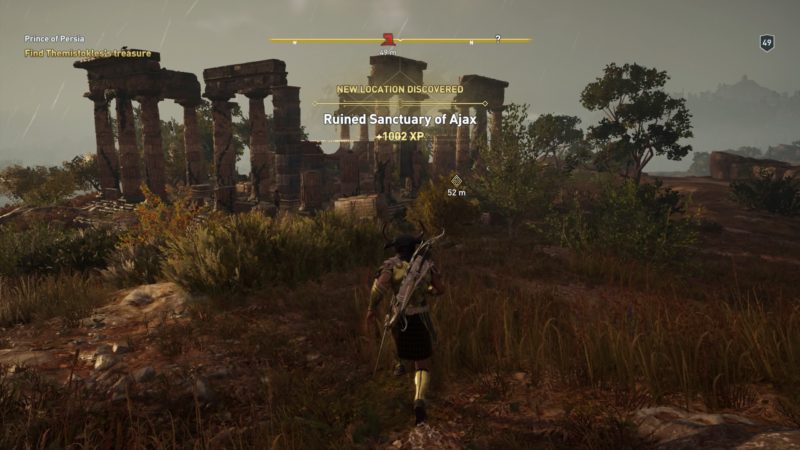 There are many bandits there. Kill all of them first to make it easier. 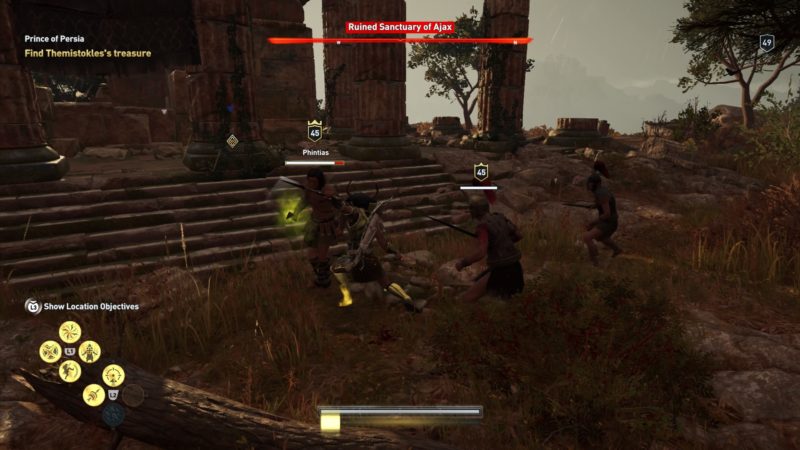 Once you’re done, loot the treasure and the quest completes. You should get some items and drachmae. 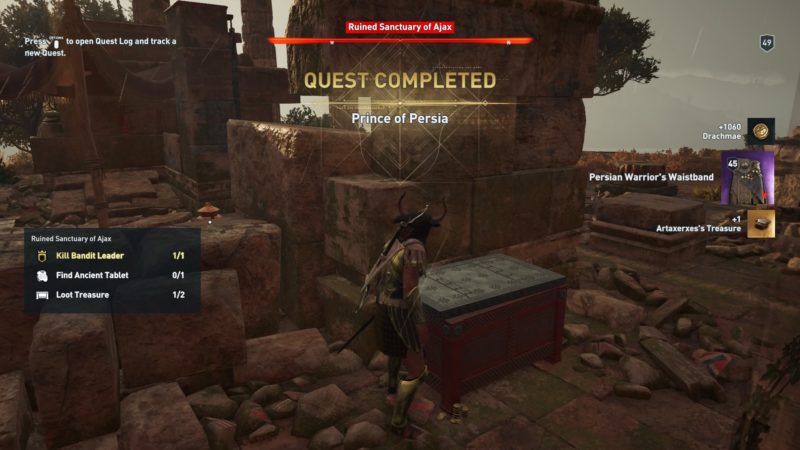