Snake In The Grass is one of the main quests in Assassin’s Creed Odyssey. As Elpenor sent you on a quest to kill your character’s step-father (The Wolf), you later realized that he betrayed you.

You then set forth to find and kill Elpenor (who you will later know as member of a cult).

Here’s a walkthrough of Snake In The Grass and the exact location(s) of Elpenor in AC Odyssey.

First thing to do is to find Elpenor who is apparently at Pharsalos Fort. You can check out the location in the map. 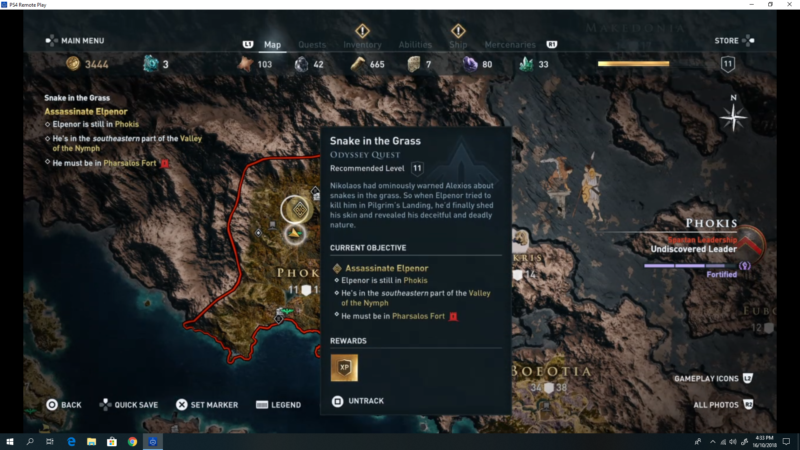 This is what the fort looks like from 167 meters away. You will be asked to send Ikaros to check out his exact location. 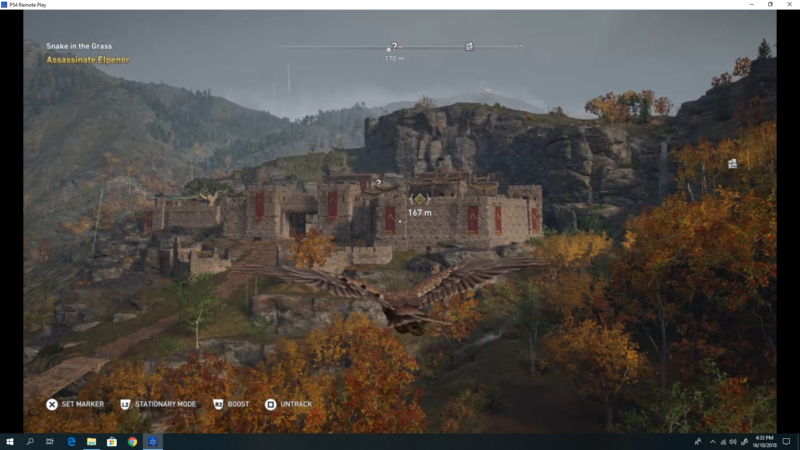 You can enter the fort through various ways. The easiest is to just climb the high walls. 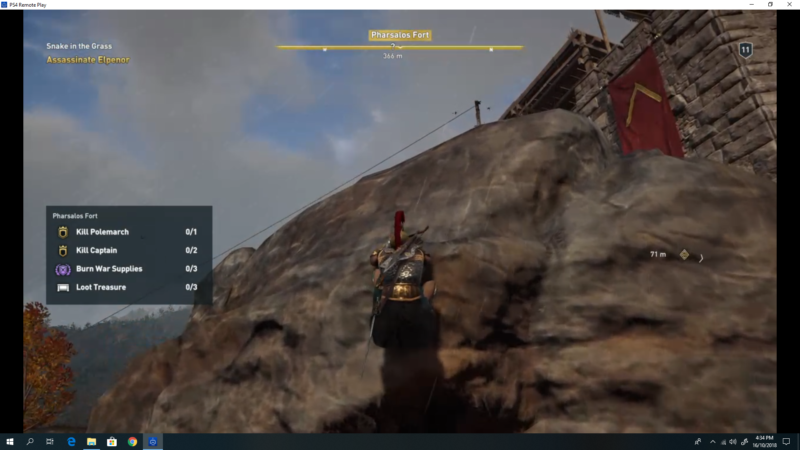 And there he is. Elpenor is very visible and clearly intended to be visible. You will later find out that the real Elpenor is not here. 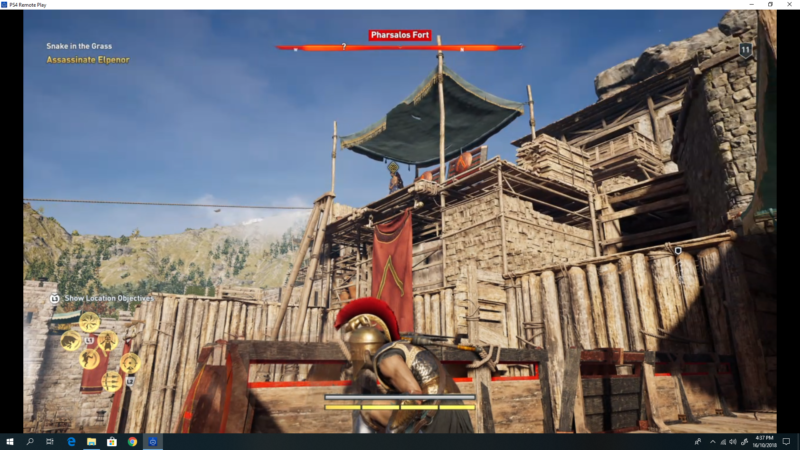 Back to the quest objectives. Here are all of the war supplies and treasure locations in Pharsalos Fort.

It’s not necessary to complete the objectives for this quest but it does feel incomplete if you’re an OCD.

Just burn down those war supplies using your torch and loot those treasure boxes. 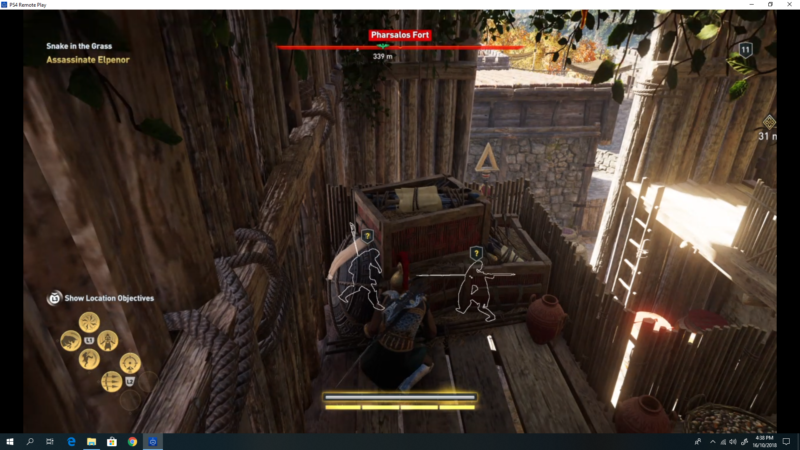 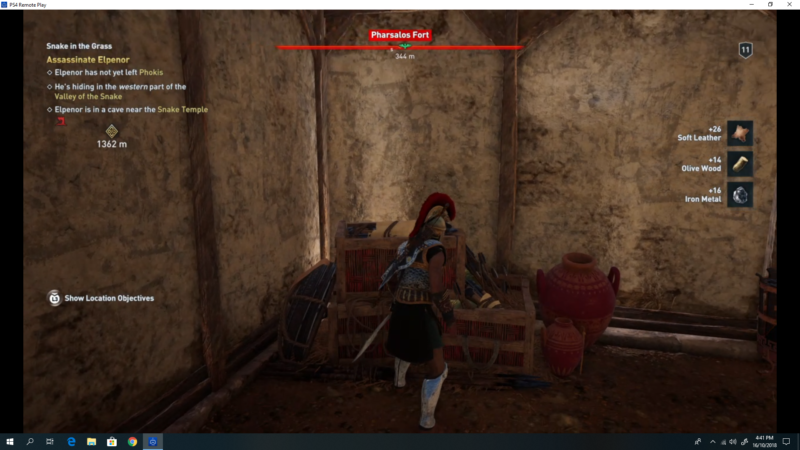 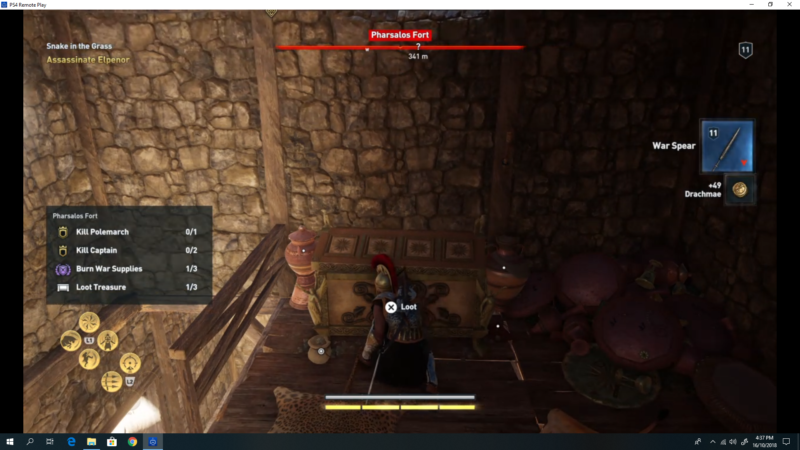 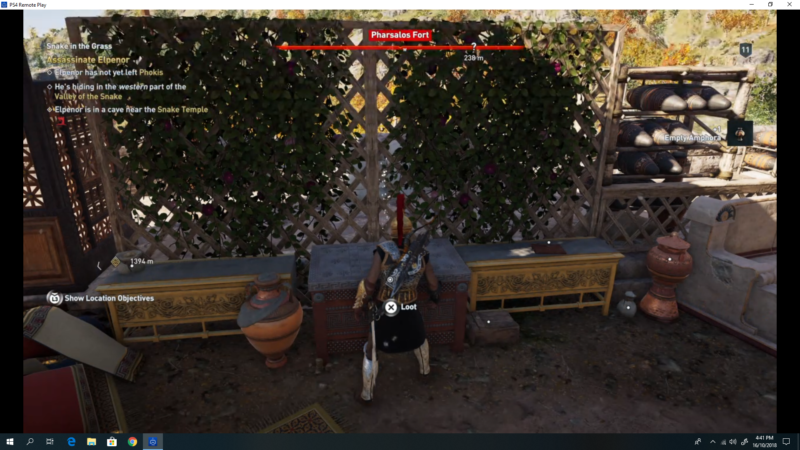 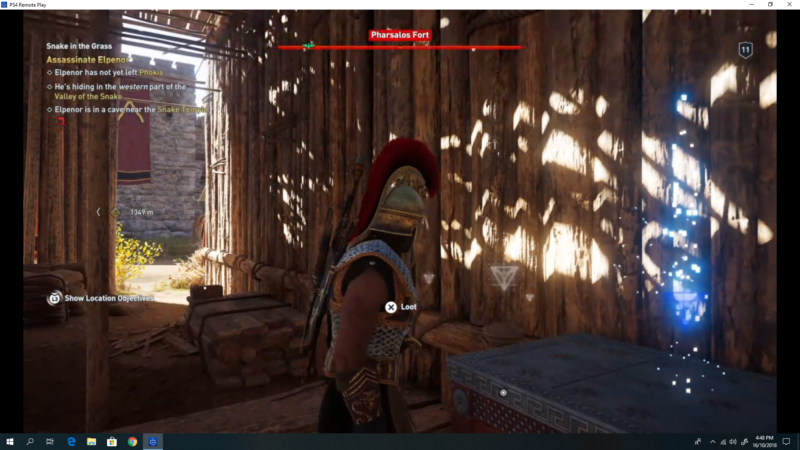 Okay, maybe they aren’t that helpful since you can’t see the exact location. Totally forgotten to take a screenshot of the exact map location.

Then again, you can’t zoom in that much in AC Odyssey considering the size of the map.

Remember to go after Elpenor during or after you’ve done the location objectives. 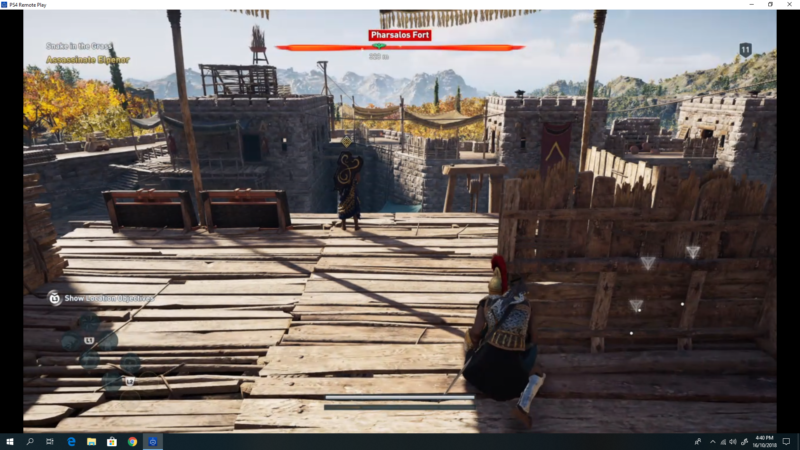 Just assassinate him from behind. It’s that easy. 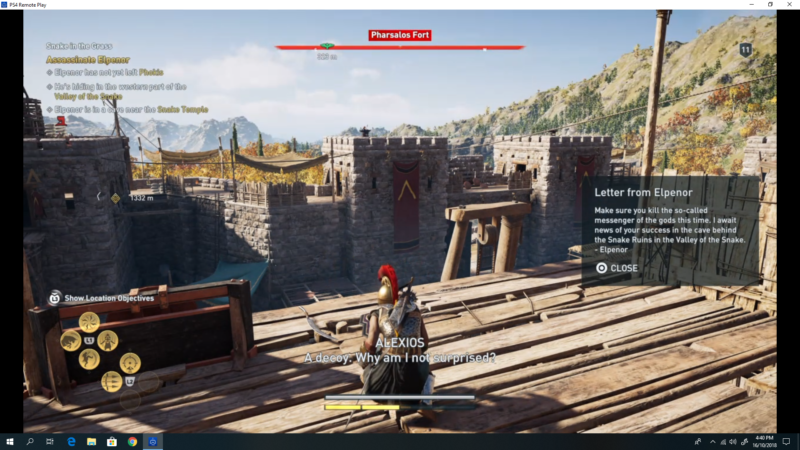 Of course, it turned out to be a decoy after all.

You will get a letter saying that Elpenor’s hiding at a cave behind the Snake Ruins in the Valley of the Snake.

Locate Elpenor in the Snake Temple

Once again, you need to find him. He’s almost 1,000 meters away from the fort. The exact location is as depicted in the screenshot. 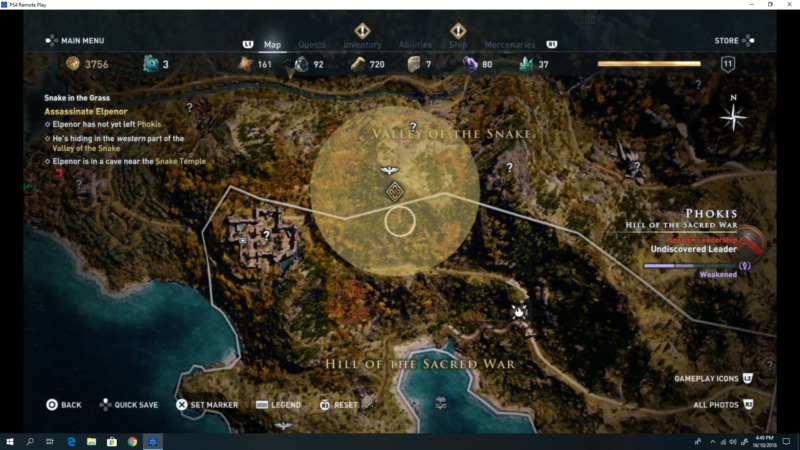 Just go all straight all the way to the location and you may encounter this rope during the journey. 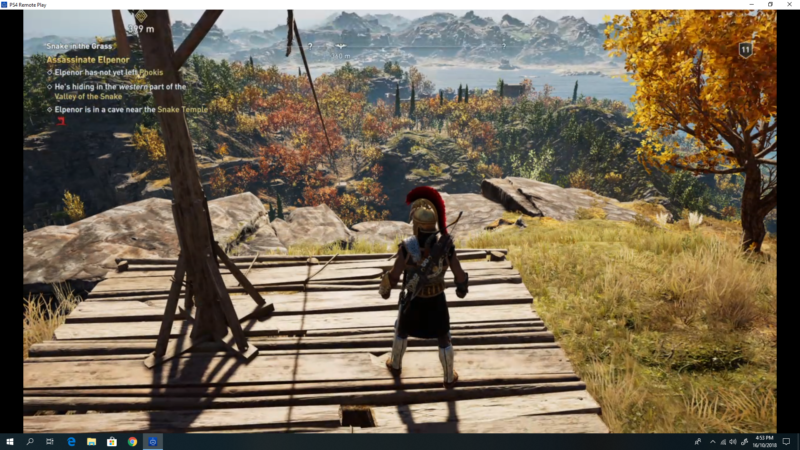 Use it as it saves you time. Just slide down the rope like you would in a flying fox. 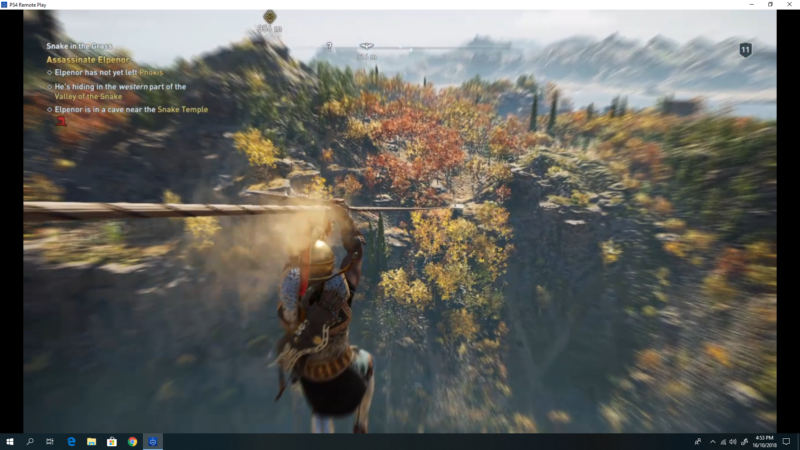 Here are the objectives of the Snake Temple. You don’t have to complete them for this quest. 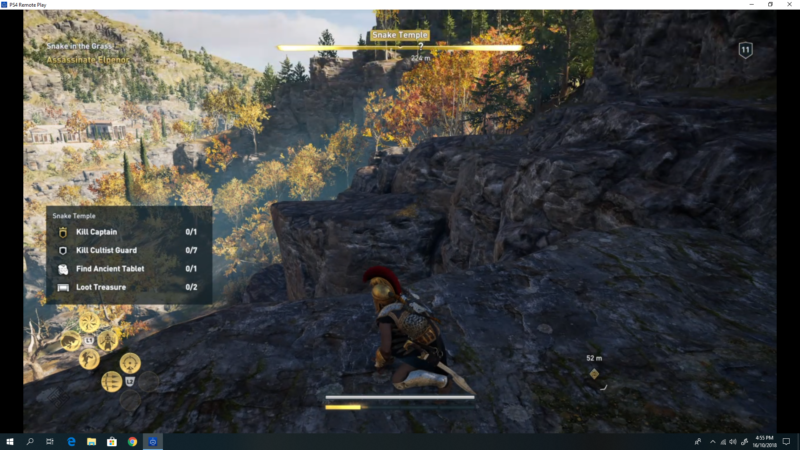 The screen below is the entrance of the Snake Temple. You will only need to kill two cultist guards (on easy mode) and you’ll encounter Elpenor right inside the cave. 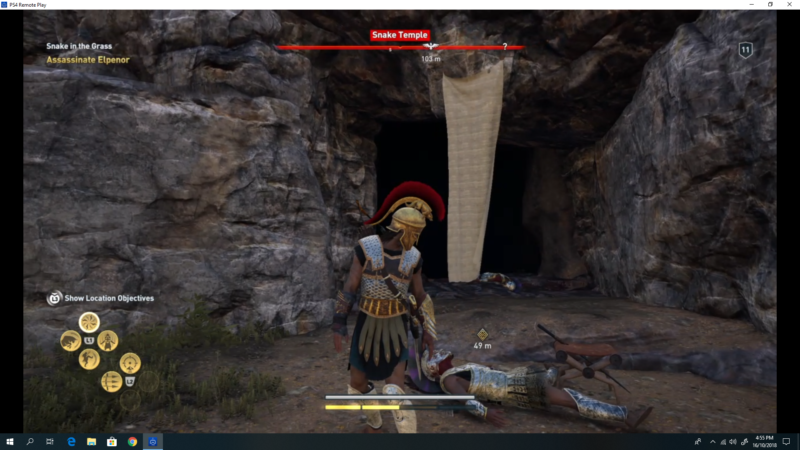 He’s quite quick on his feet, dodging most of your attacks. You can however use one of those stun skills and throw in many slashes. 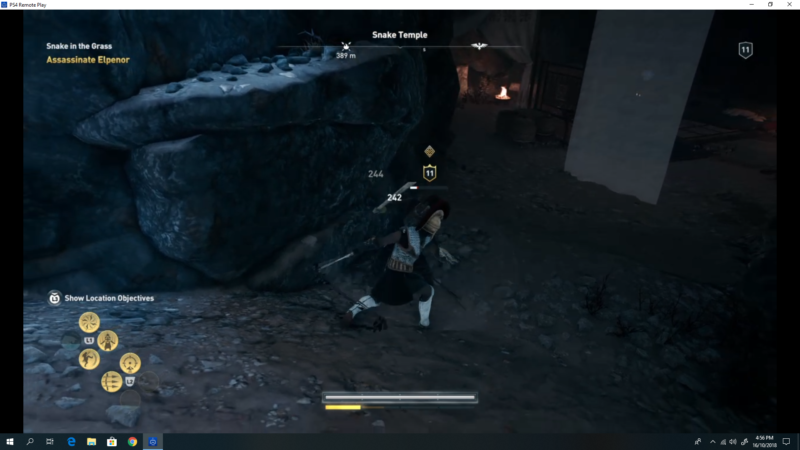 And that’s about it. He’s dead. 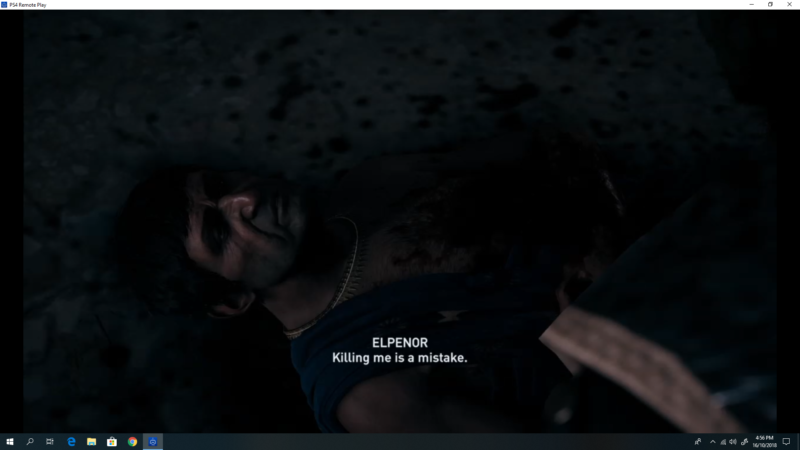 Finishing the Snake In The Grass quest will open up the next quest called Serpent’s Lair where you have to find clues about the cultists.

Assassin’s Creed Odyssey Conquest: How To Participate In Conquest Battles

How To Get Iron Metal In Assassin’s Creed Odyssey

How To Synchronize Location (Fast Travel) In AC Odyssey

How To Pay Bounties In Assassin’s Creed Odyssey