Down From On High is a side quest in Assassin’s Creed Odyssey involving the Linou Farm.

Your task is to look for a lady’s totem that went missing after she was attacked by wolves.

Here’s a walkthrough of Down From On High in AC Odyssey. 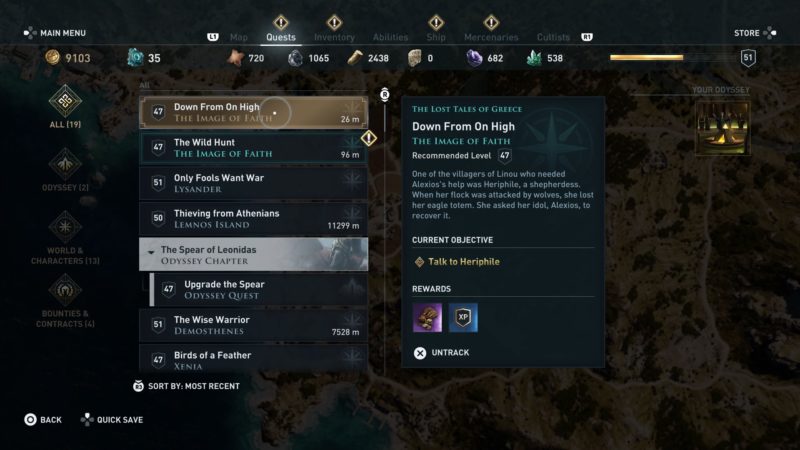 To begin the quest, talk to the lady called Heriphile. Her exact location is shown in the map below, marked as the quest symbol. 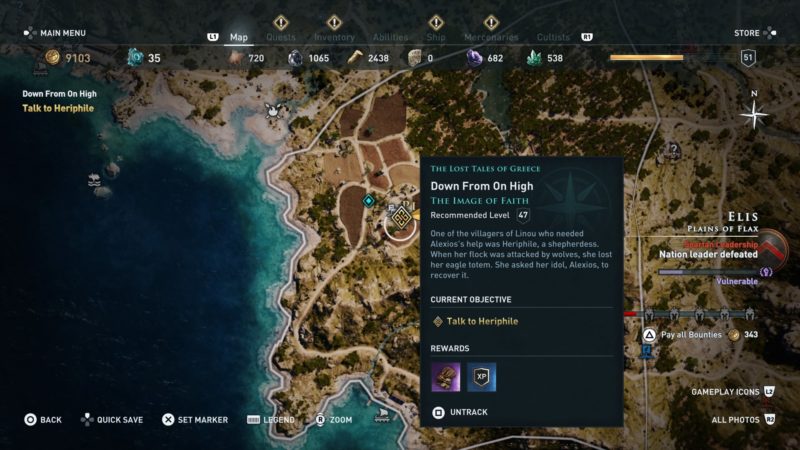 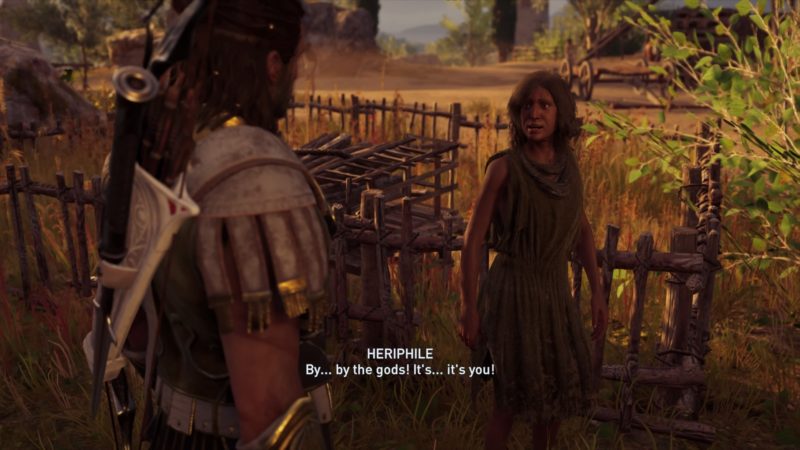 Investigate the area Heriphile was attacked

Next, get to the place where Heriphile was attacked by wolves. The location is shown in the map below. 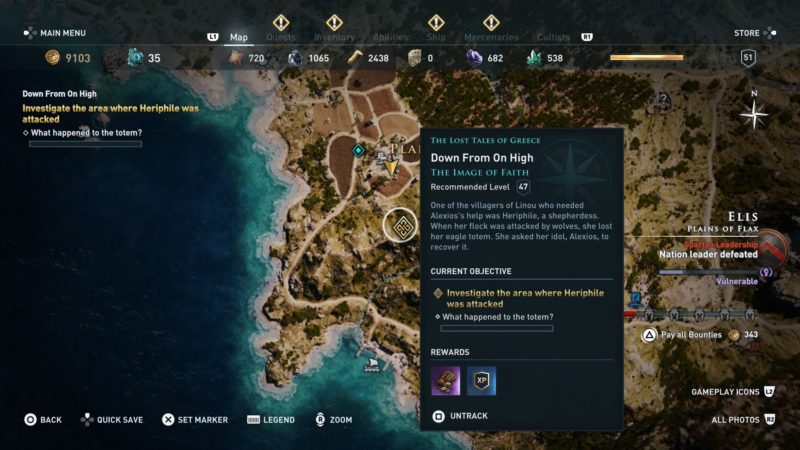 As you get there, you have to interact with several clues. There are about four clues if not mistaken. 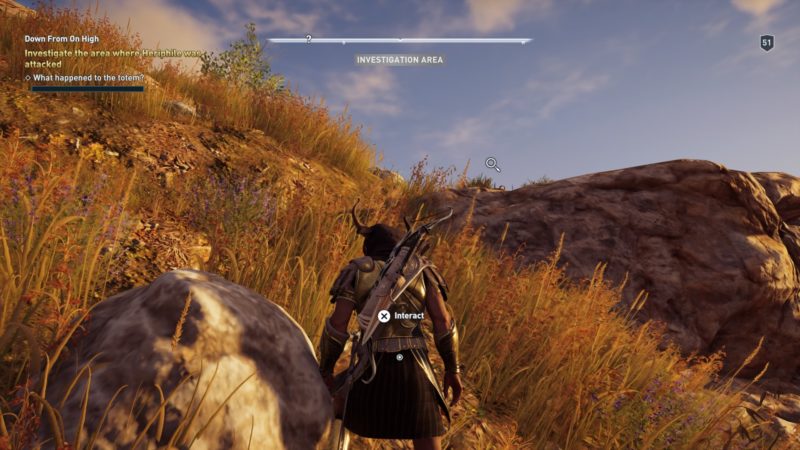 The clues are scattered around the hill, but mostly close to the top of the hill. 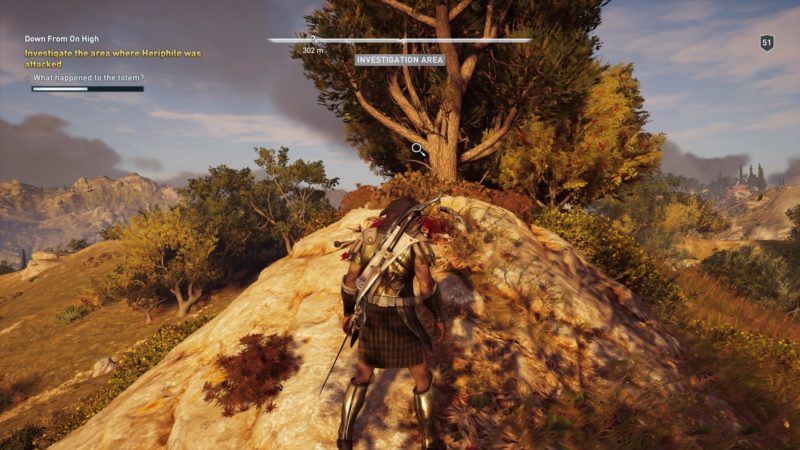 The last clue is shown in the image below. You may need to climb down to the other side just a little. 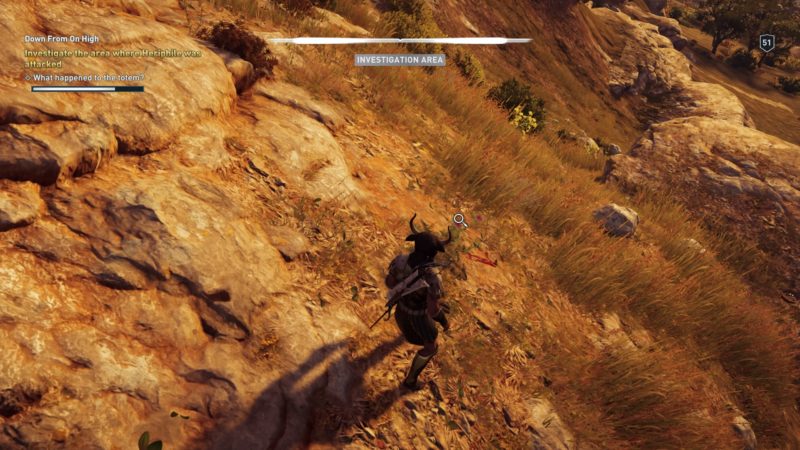 After finding out that the totem was probably taken by wolves, you need to find the wolf den.

The exact location of the wolf den is shown in the map below, marked as the quest symbol. 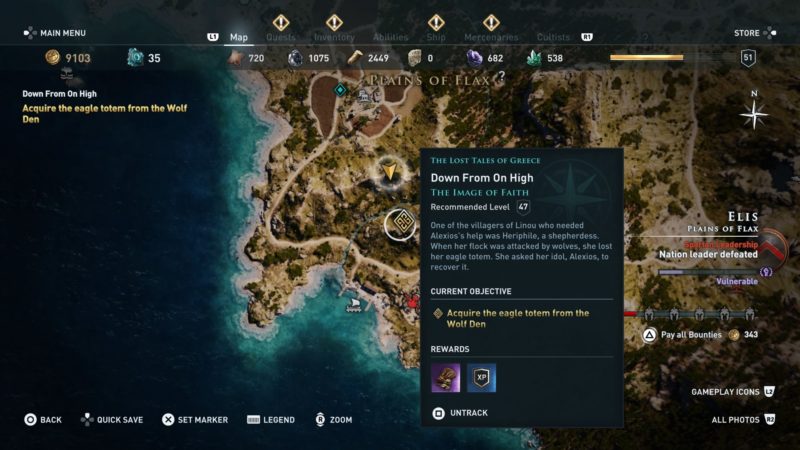 You should find at least three wolves here. Kill all of the wolves. 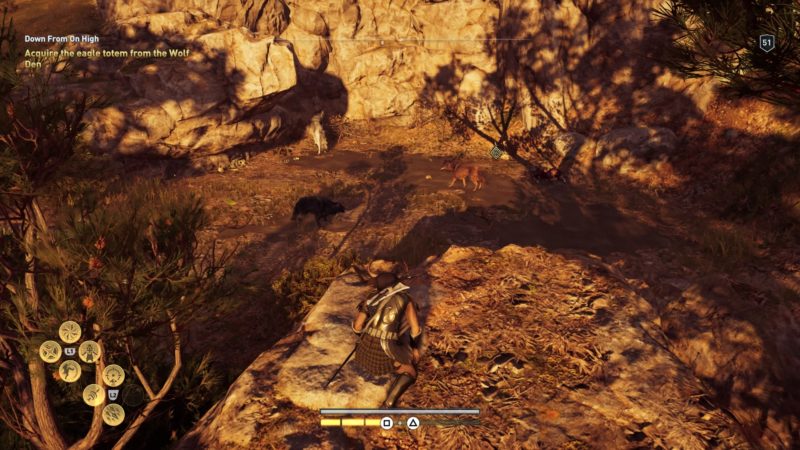 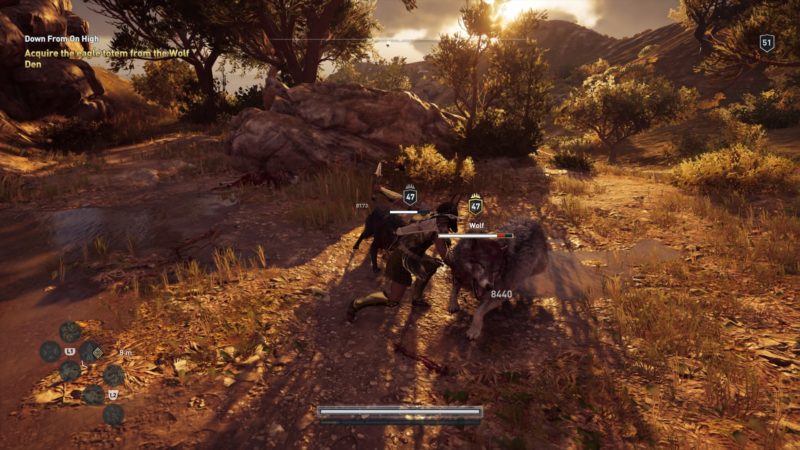 After defeating the wolves, you should find the eagle totem hidden at the corner of the wolf’s den. 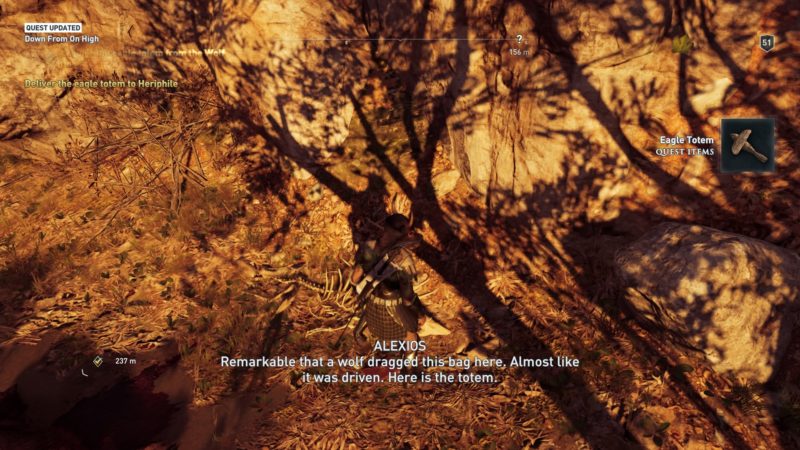 Deliver the eagle totem to Heriphile

Next, bring back the totem to Heriphile. Her location is shown in the map below. 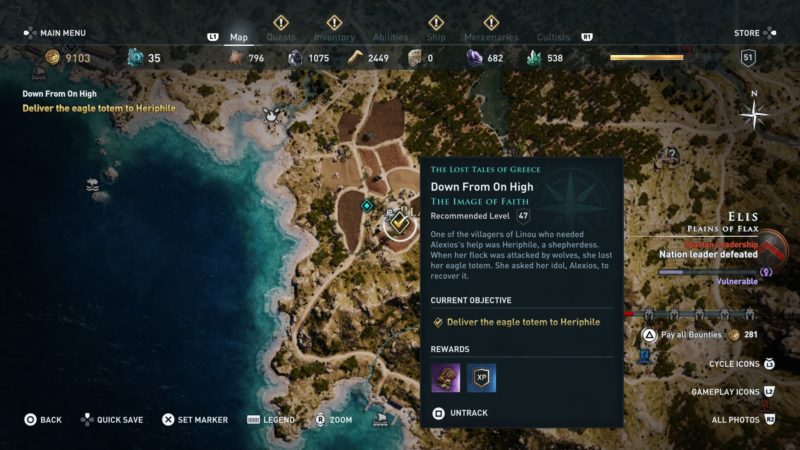 The quest completes here and you will earn 500 drachmae for your troubles. 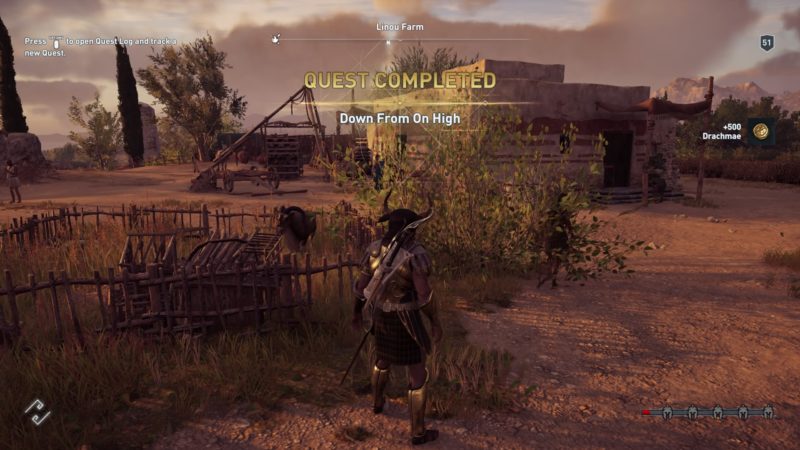 Assassin’s Creed Odyssey: The Measure Of A Man (Walkthrough)