Death And Taxes is a quest in Assassin’s Creed Odyssey on the island of Euboea.

Your task is to help Agapios retrieve some tax records from Chalkis Warehouse.

Here’s a brief walkthrough of Death and Taxes in AC Odyssey. 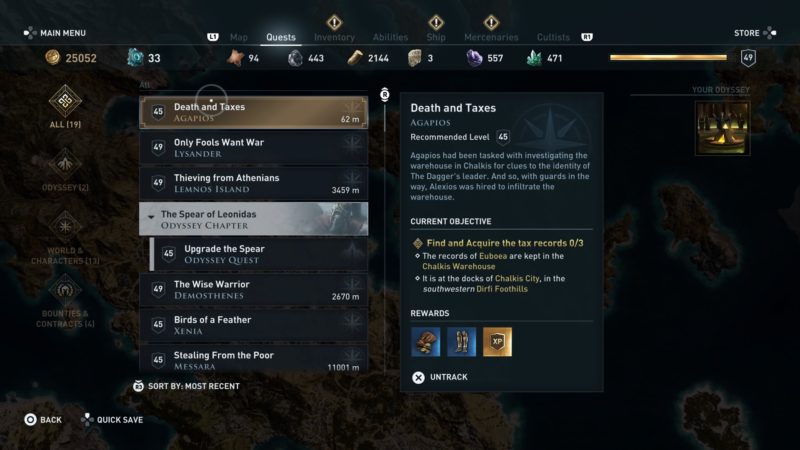 To begin the quest, get to the island of Euboea. His exact location is shown in the map below, at Dirfi Foothills. 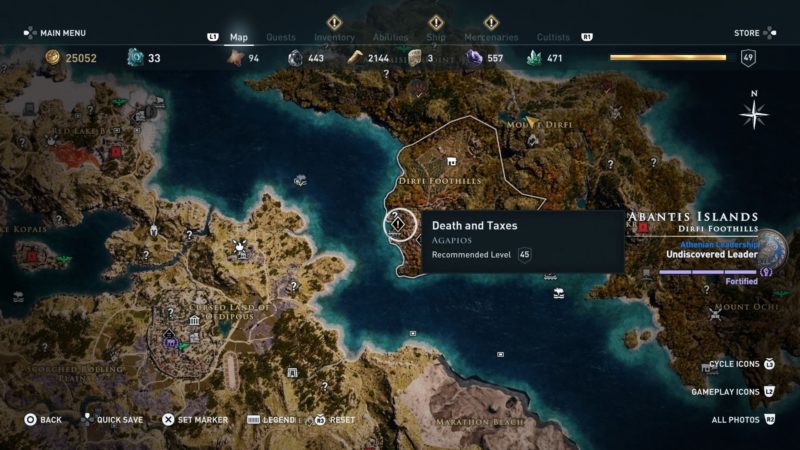 Talk to him to begin the quest. 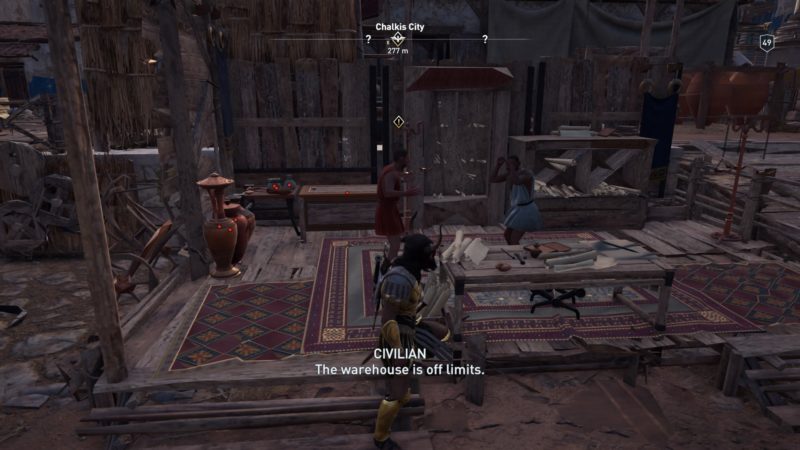 Agapios will then ask for your help to acquire some tax records.

Apparently everyone is corrupted in Euboea thanks to the Kingfisher and the Dagger.

The location of the tax records is shown in the map below. 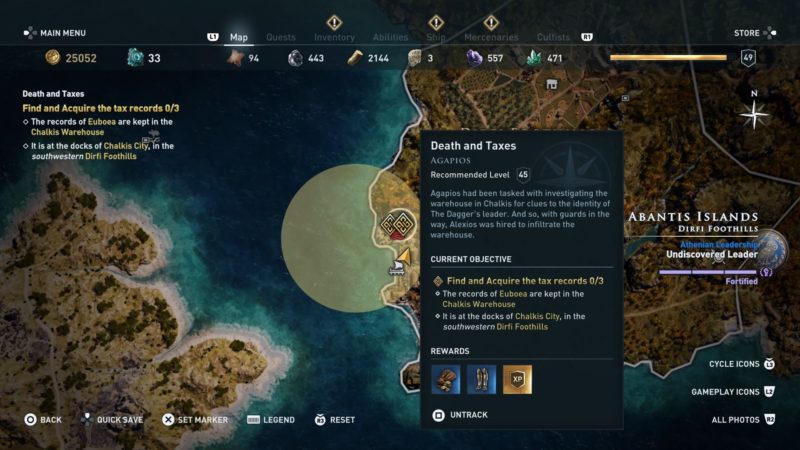 There’ll be plenty of guards. You can kill all of them. In fact, one of the guards is holding one of the tax records, so you need to kill him anyway. 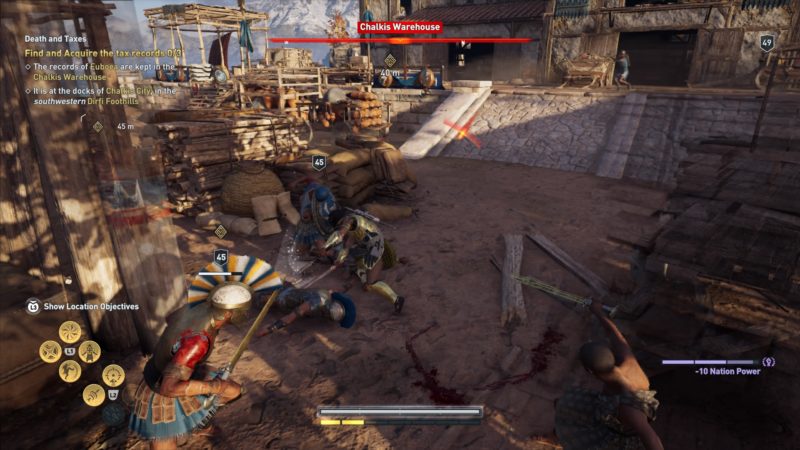 You can find another tax record just beside the sea, outside of the warehouse. 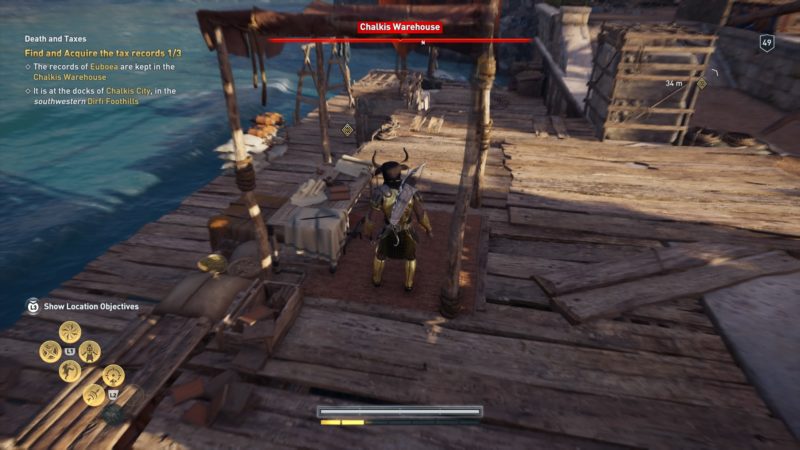 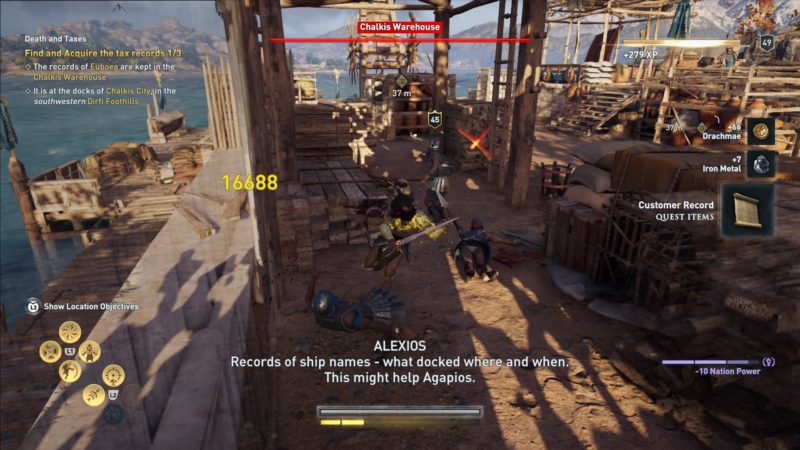 The last record is inside the Chalkis Warehouse itself. It’s a little dark inside but you should find it on a shelf. 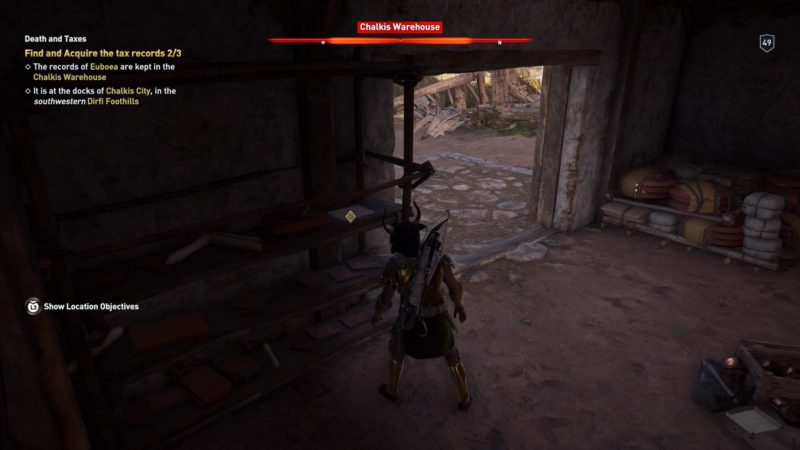 Your job is done after looting all three records.

Return the records to Agapios

Get back to Agapios who is just outside the warehouse. His exact location is shown in the map below. 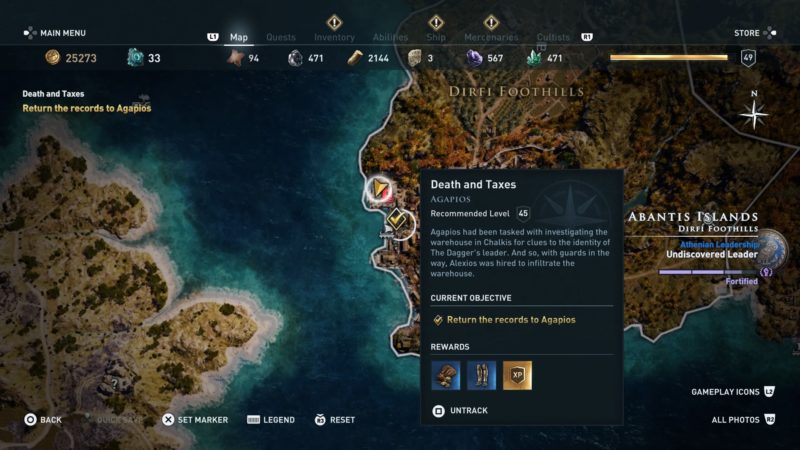 Talk to him and the quest completes. You should get a pair of greaves plus drachmae. 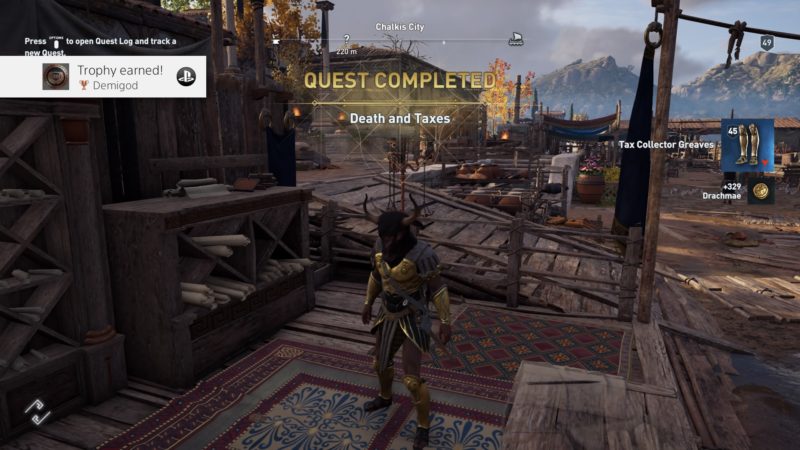