Call To Arms is a side quest in Assassin’s Creed Odyssey and is also known as the Battle of One Hundred Hands.

Your task is to prepare for the battle and there are steps to gain entry for it.

Here’s a walkthrough of Call To Arms (Battle of 100 Hands) in AC Odyssey. 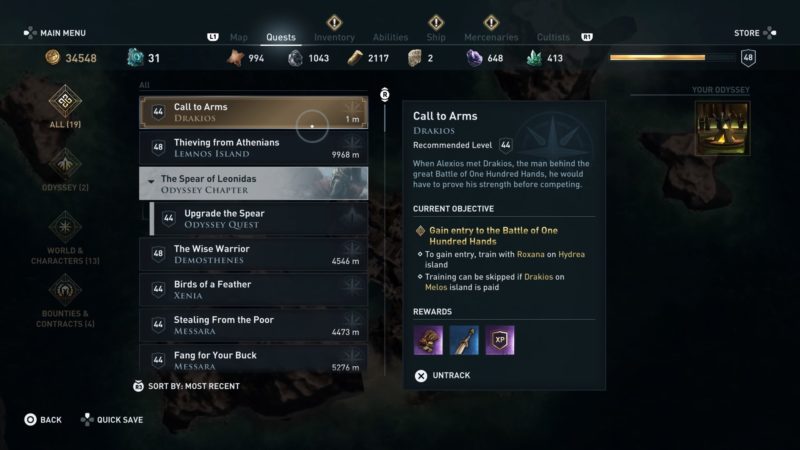 This quest is recommended for those level 44 and above, but it may differ according to your own level.

To begin the quest, talk to Drakios who is on the island of Melos. His exact location is shown in the map below. 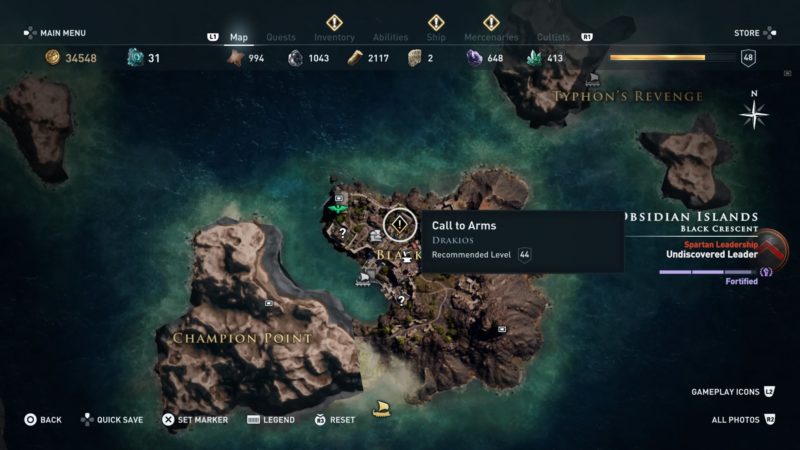 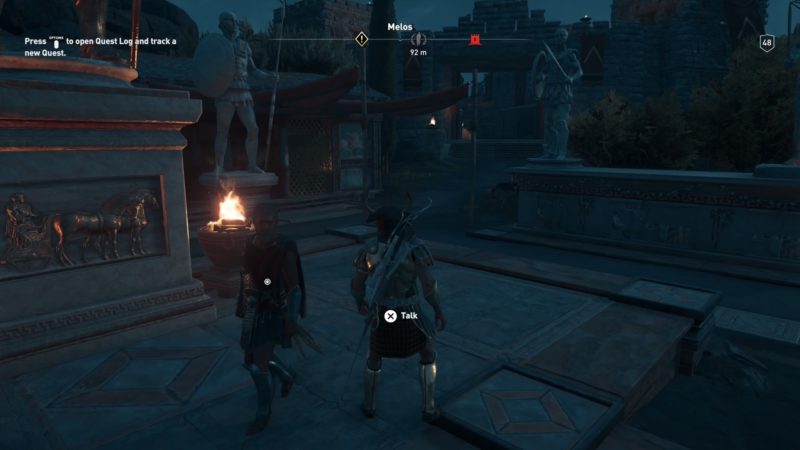 Gain entry to the Battle of One Hundred Hands

Your objective now is to gain entry to the battle. You can either pay him about 4,000 plus drachmae, or you can find Roxana at Hydrea to train with her.

If you choose to do the long way, read on.

The support quest is called Sparring with Roxana. You can find her in Hydrea, in the exact location below. 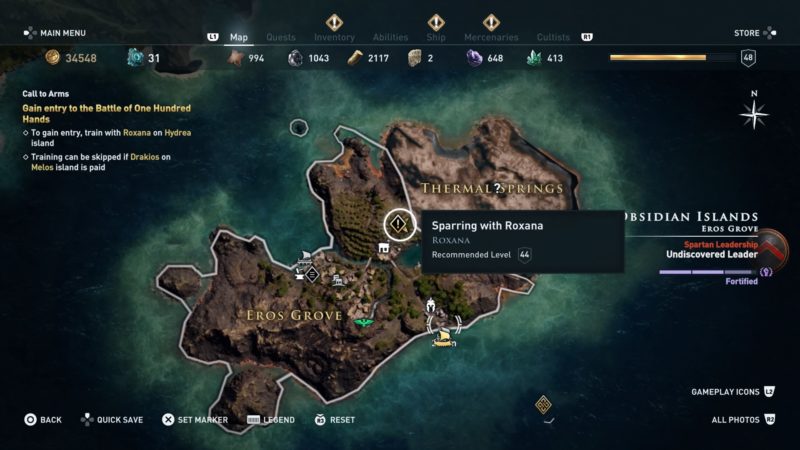 Talk to her and she will challenge you to a duel. 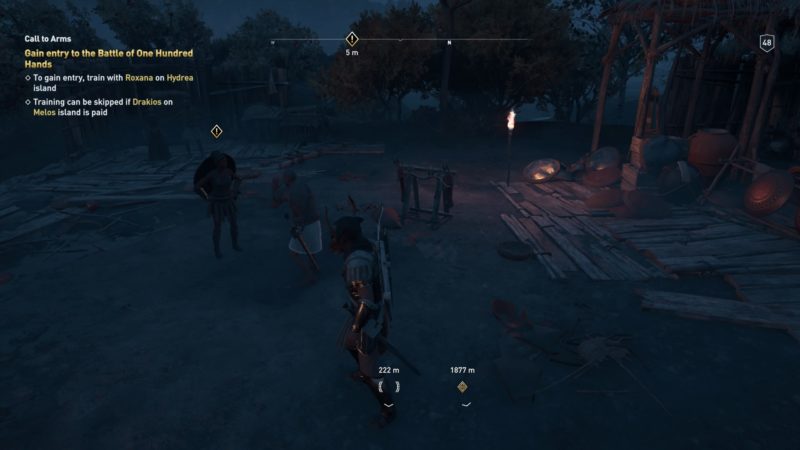 Defeat her in the sparring match, and it will unlock subsequent support quests. 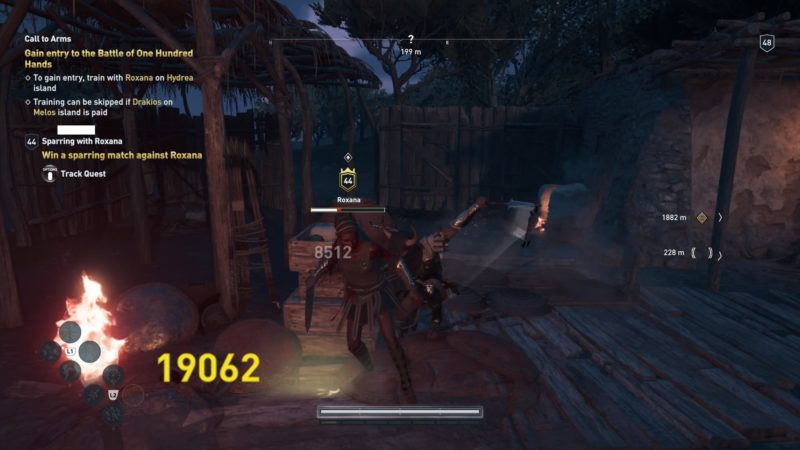 You will get Training Gauntlets and some drachmae. 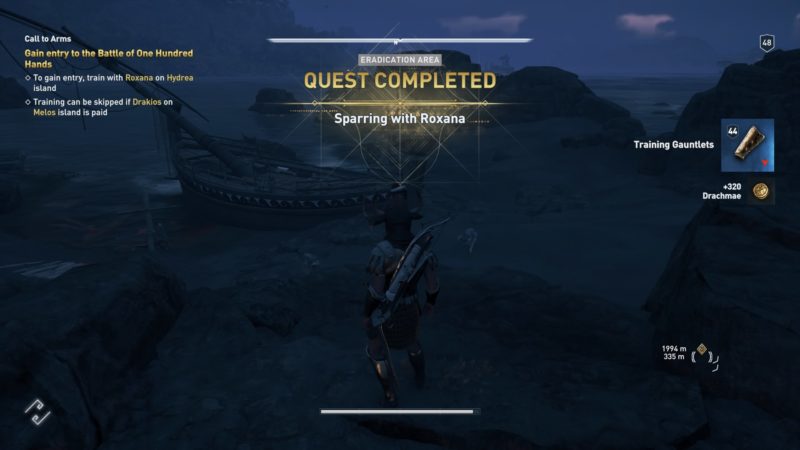 After sparring with her, you have to compete with her in archery. 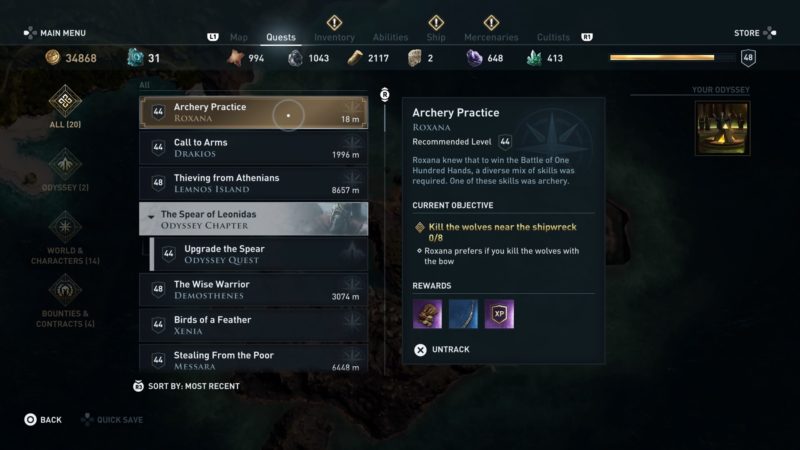 There will be eight wolves for you to kill. It’s better to use your bow and arrows according to the quest objectives.

I chose to use arrows instead of going melee. Using the overpower skill with your bow is great for mass killing. 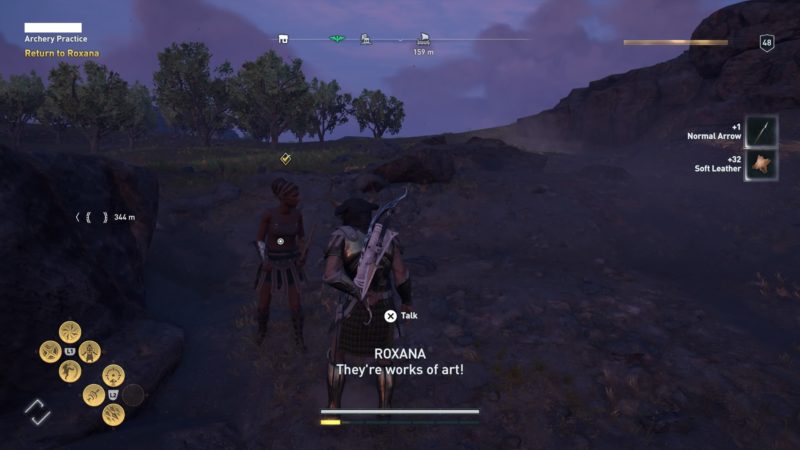 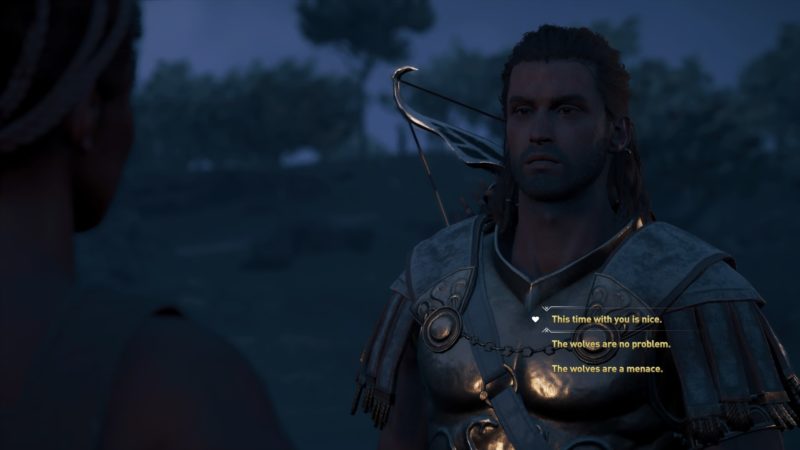 Roxana is also a romance option in this game. After completing this support quest, you should get a bow and some drachmae. 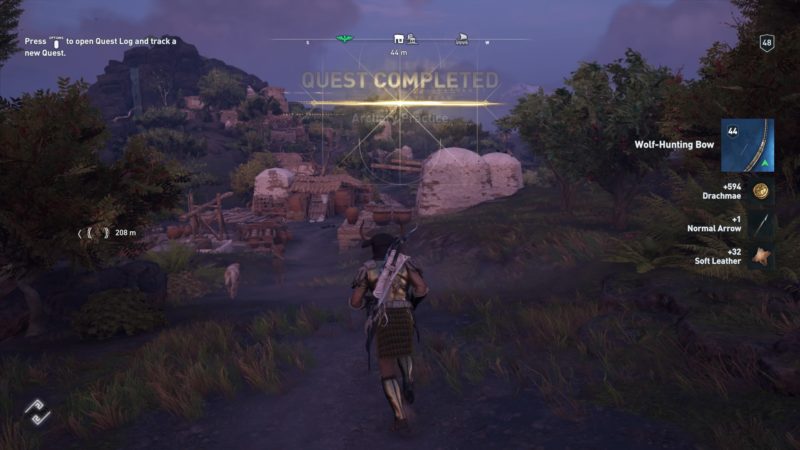 The last support quest is called Foot Race. After beating her in combat and in archery, race with her to the top of the hill. 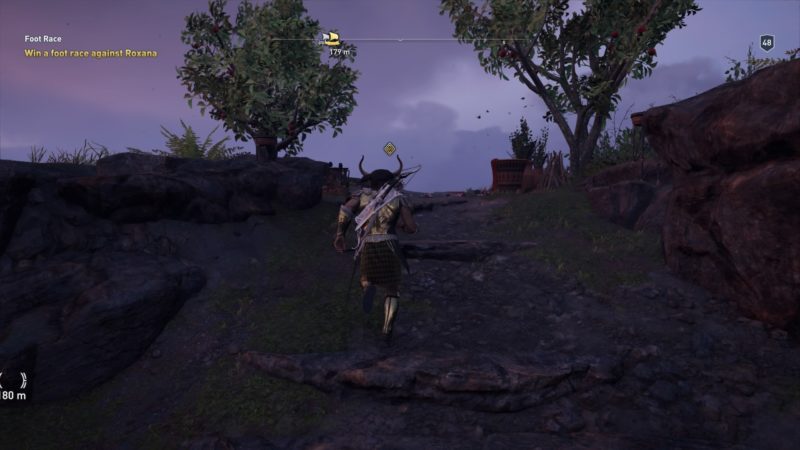 Just get to the location depicted by the quest symbol before Roxana does and you win. You can climb up the walls to be fast.

You will earn Racing Greaves and some drachmae for this. 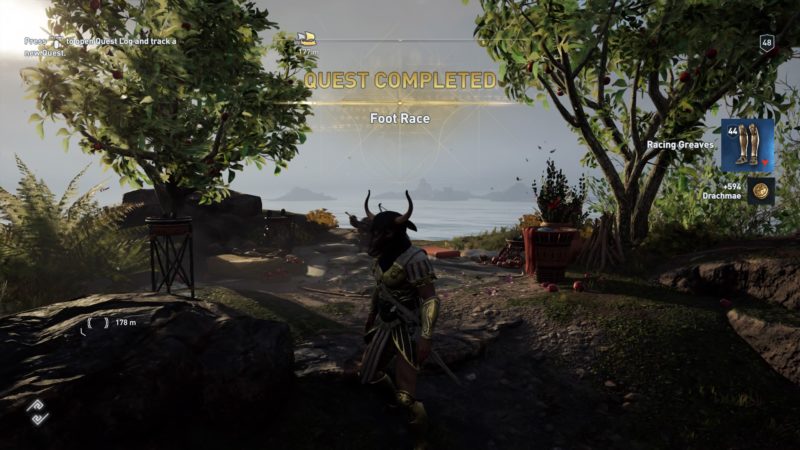 If you had skipped the Roxana part by paying, this is all you had to do. It’s better if you don’t skip it as Roxana can become your lieutenant later.

For those who had done the Roxana quests, you also have to come back to Drakios to start the battle. 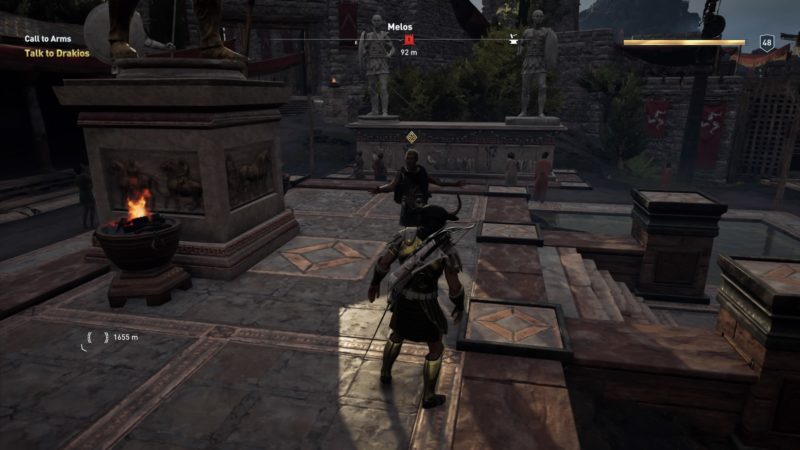 The quest completes here and you get a Contender’s Blade plus some drachmae. You then have to follow Drakios to the battle zone. 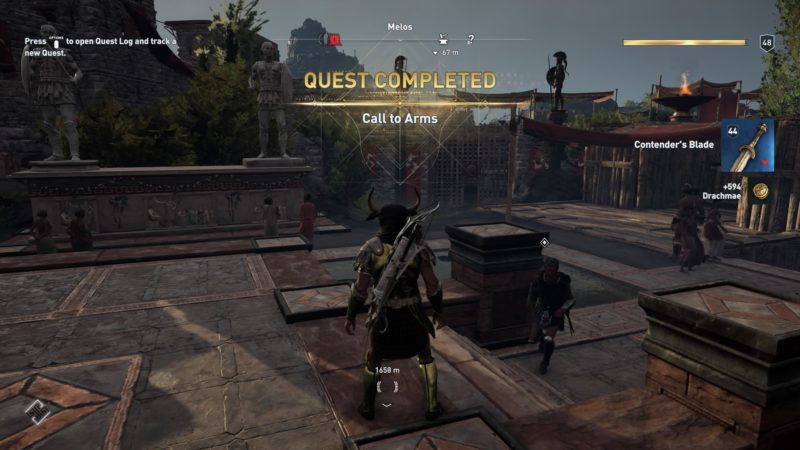