A Bloody Feast is a main quest in Assassin’s Creed Odyssey involving Myrrine.

Your role is to unveil the cultist from one of the two Spartan Kings in Lakonia.

Here’s a walkthrough of A Bloody Feast in AC Odyssey. 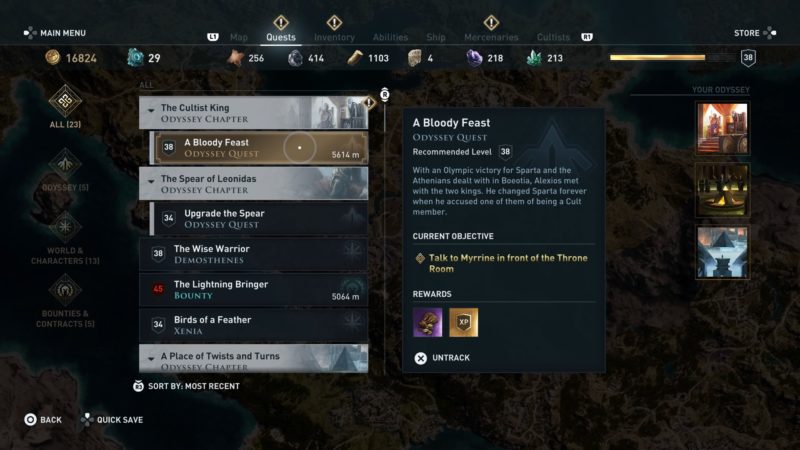 This quest is recommended for level 38 and above, but it may differ according to your character’s level.

To begin the quest, talk to Myrrine who is standing in front of the Throne Room. Her exact location is shown in the map below. 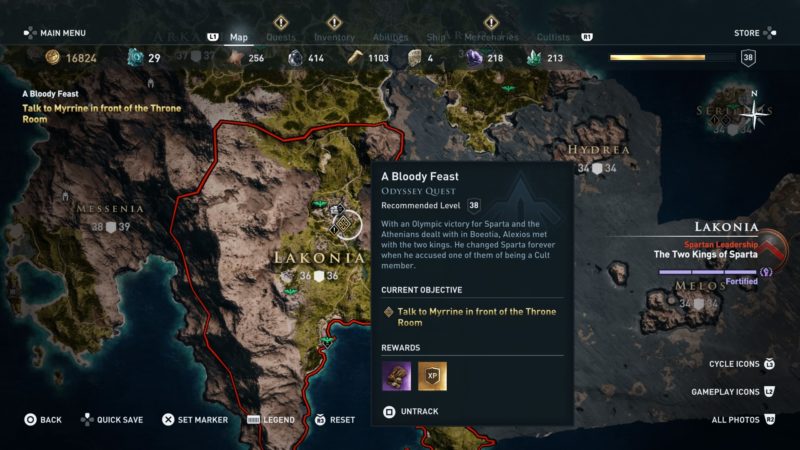 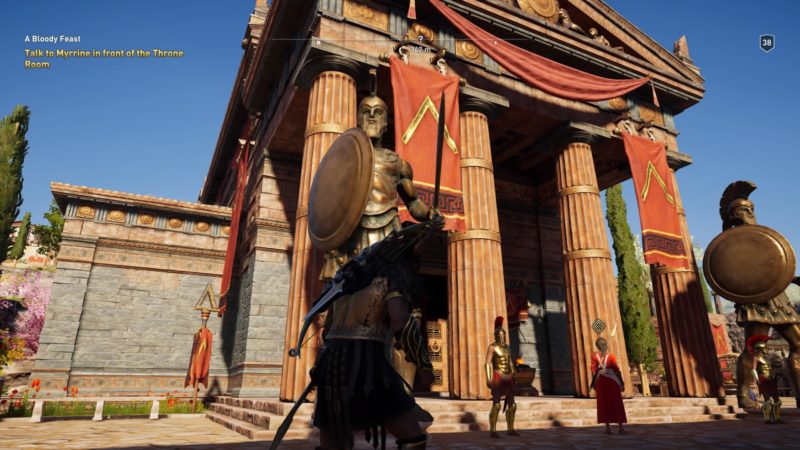 She will ask you if you have enough proof that one of the kings is a cultist. Here’s the issue.

Your choices in the previous quests involving the Monger and Lagos (whether you killed them or spared them) are probably connected to this quest. I’m not certain about this part, but you can do the mission without having proof.

Personally, I killed both of them in the earlier quests and have no proof on the cultist. 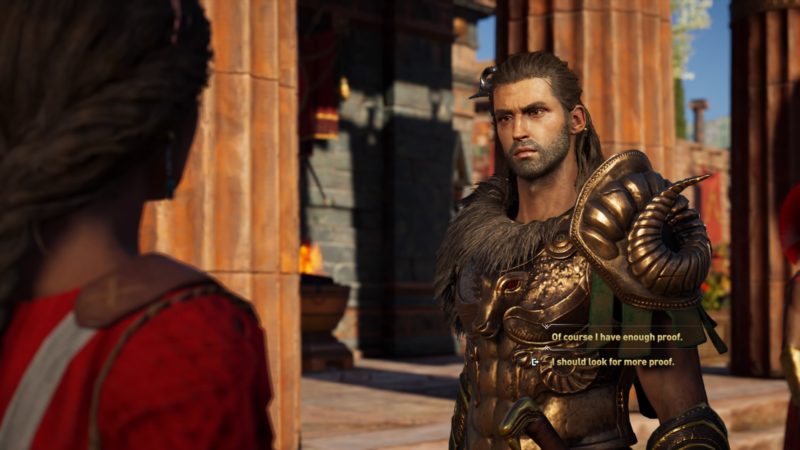 Just choose the option that you have enough proof and there’ll be a cutscene with the kings. 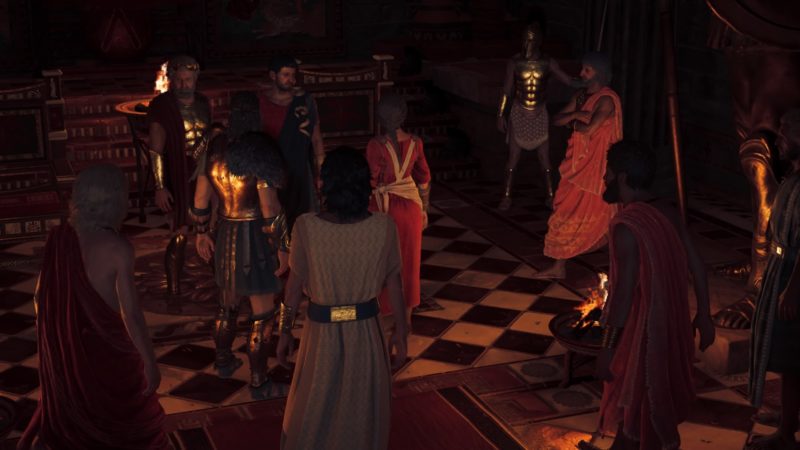 They will ask you what the meeting is about. Obviously, it’s on Boeotia. 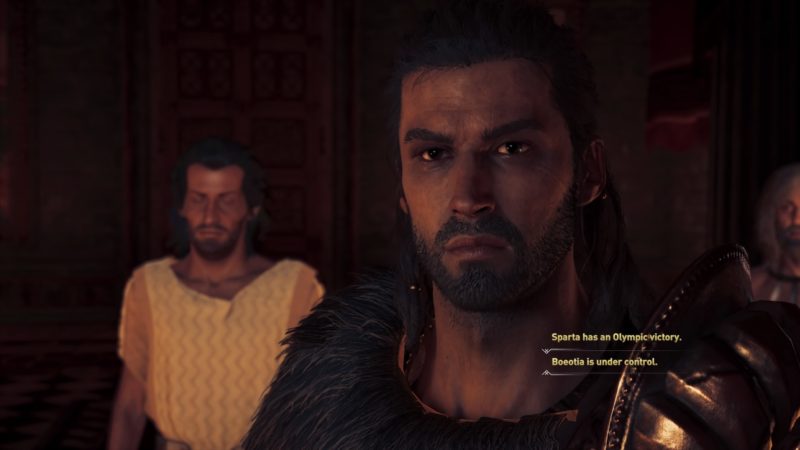 You will be asked the question of which king is the actual cultist. To be accurate, you should choose Pausanias.

However, if you don’t have any proof for this quest, choosing either doesn’t make a difference in the outcome. 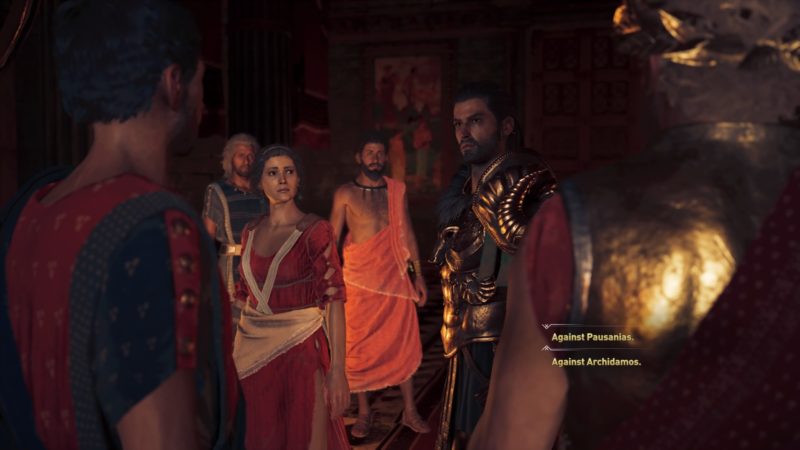 Without the proof, you will be kicked out of the Throne Room and Pausanias will quietly reveal himself to you as the cultist. 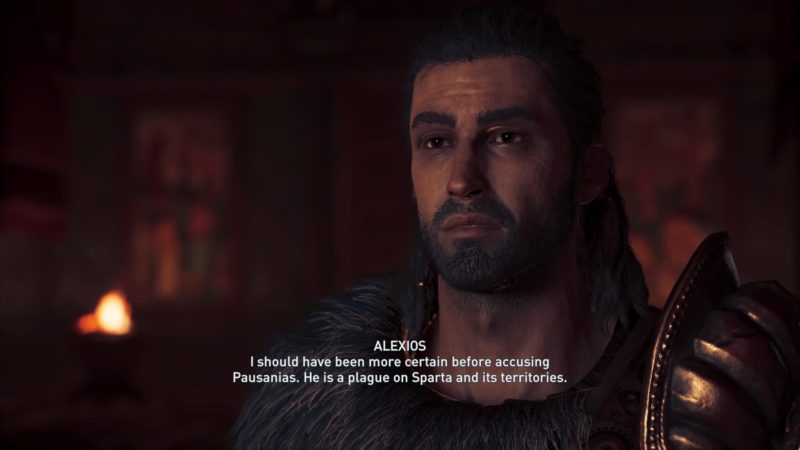 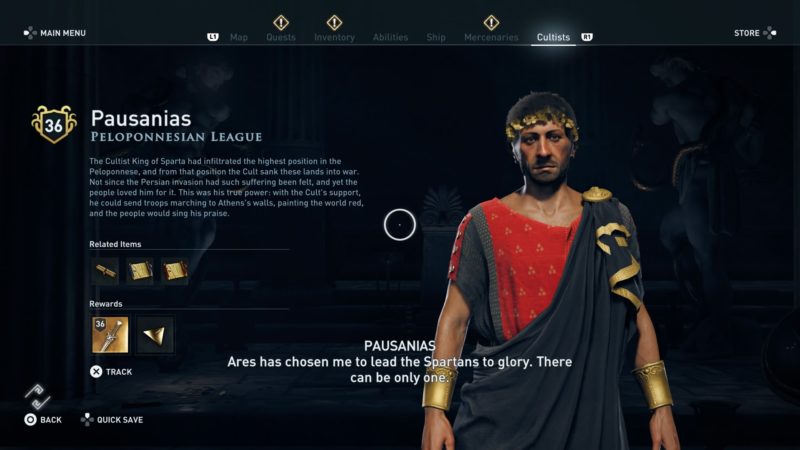 If you had the proof, Pausanias would have been kicked out and you can easily take him down in the city.

Without proof, you will be kicked out and get a level 5 bounty on your head. The mission is still the same, i.e. you have to kill Pausanias, but with added obstacles. 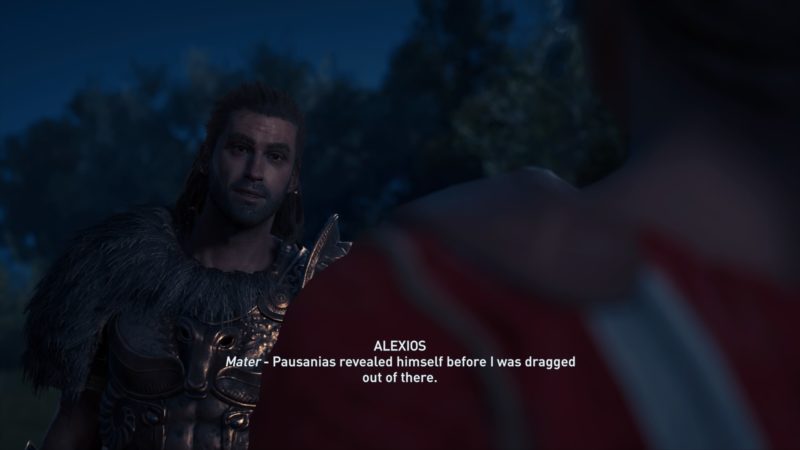 As you can see in the image below, you will get a maximum bounty. 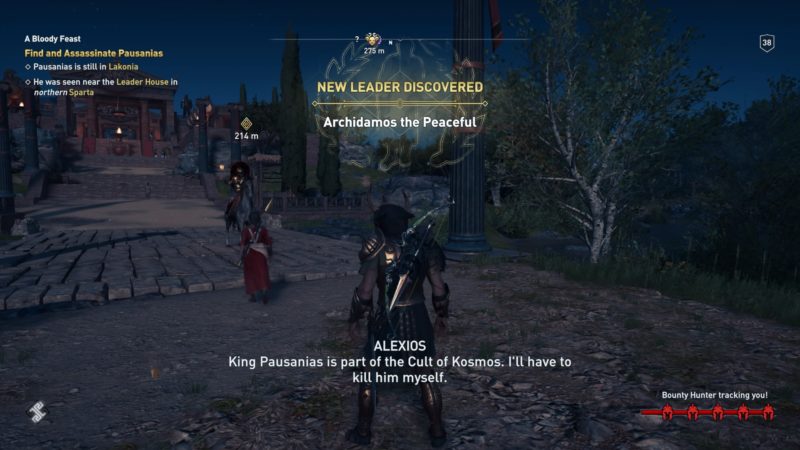 You will find a couple of bounty hunters in the city immediately. 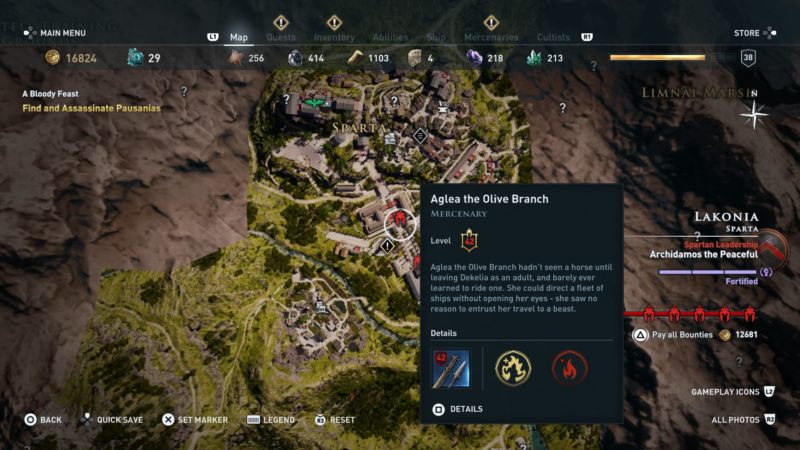 Just avoid them by going through the side and kill Pausanias.

You can find him in the exact location shown in the map below. He is just walking around. 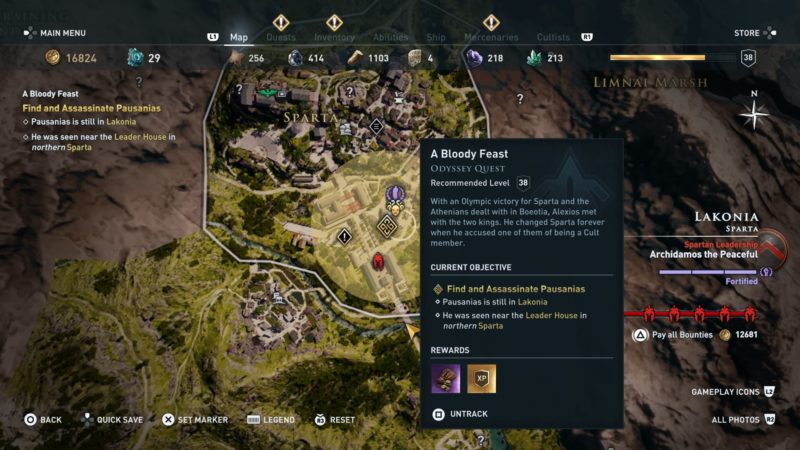 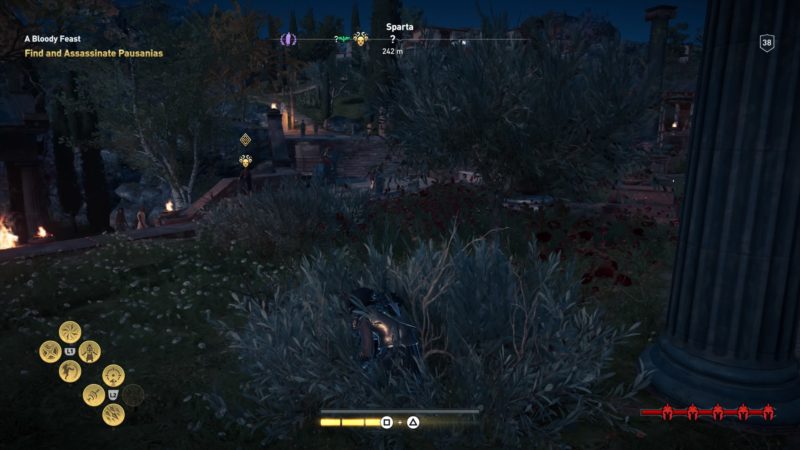 Fight and kill Pausanias. He shouldn’t be that difficult to defeat. 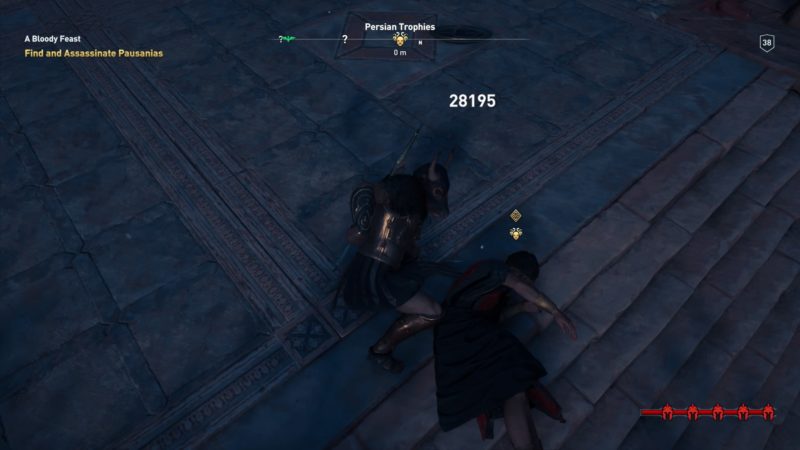 After killing him, you will get an artifact fragment, a Xiphos of Dionysos sword and cultist proof. 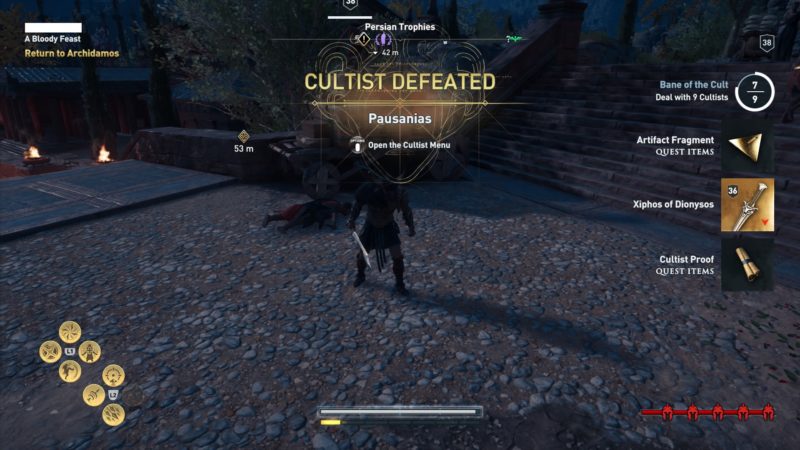 Get back to Archidamos to give him the cultist proof and prove your innocence. His exact location is shown in the map below. 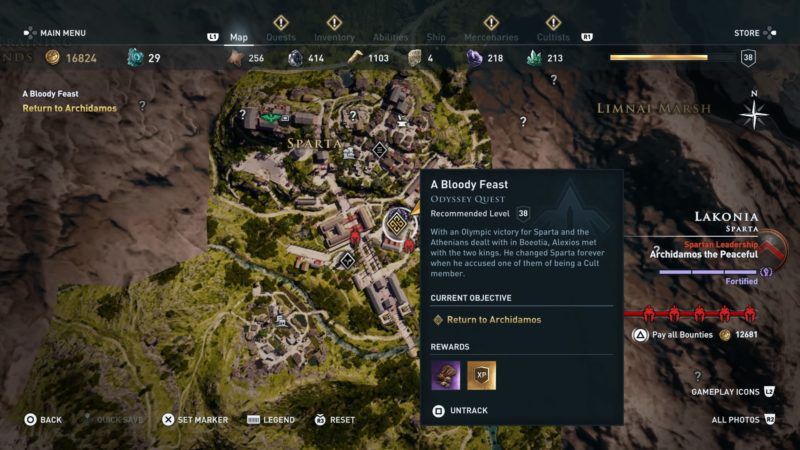 Killing Pausanias doesn’t extinguish the bounty. Avoid detection and get to the door. 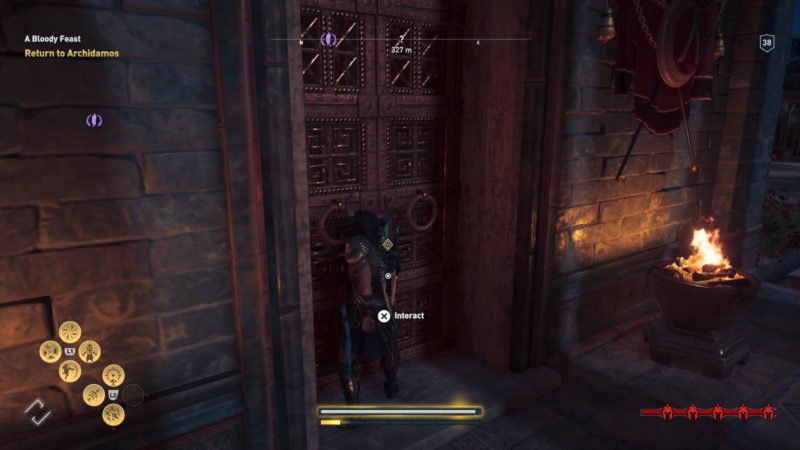 After the cutscene, get back to Myrrine at Leonidas’ Tomb.

Her exact location is shown in the map below. 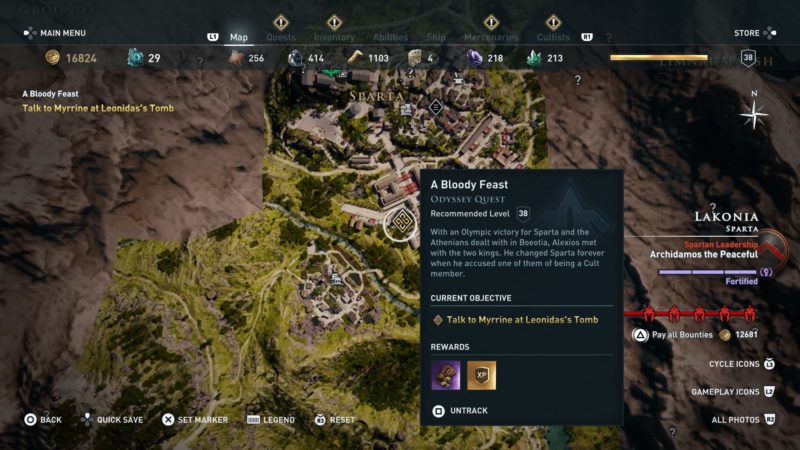 Talk to her and a cutscene will load. A short glimpse of Leonidas’ struggle against the cultists will be shown. 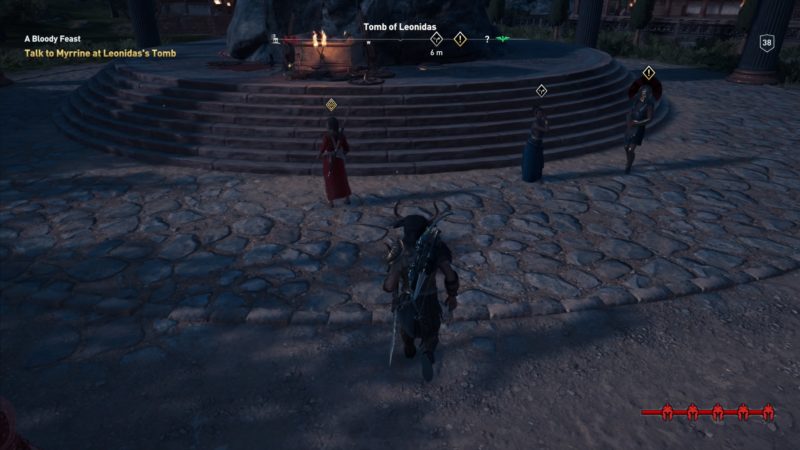 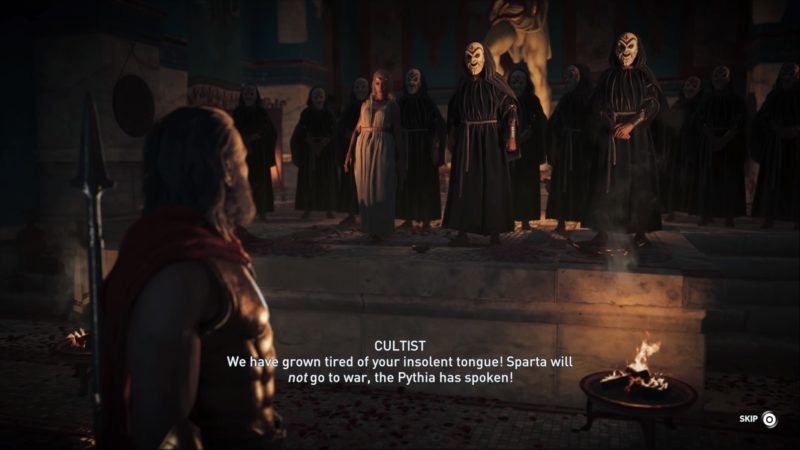 The quest completes after the cutscene. The bounty remains but you can easily kill the bounty sponsor who is located elsewhere. 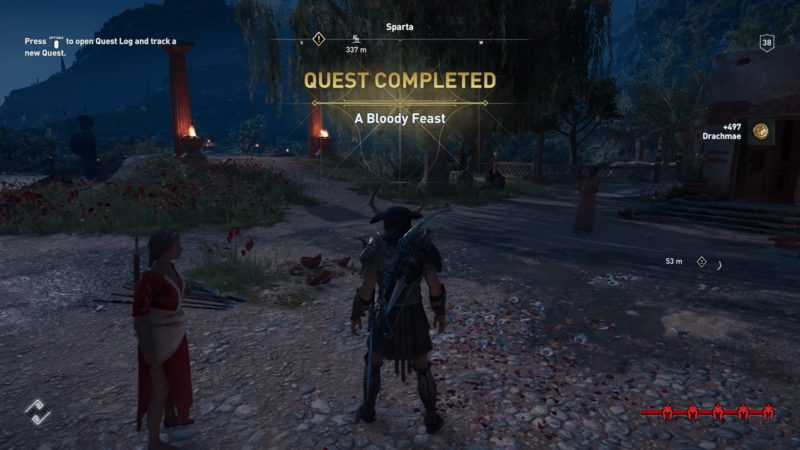